About two years ago, during a visit of Taiping, I met May during a walk in the Lake Gardens. We had a friendly conversation and later kept in touch via email.

During my last visit we managed to meet again. First we had a walk in the Lake Gardens, beautiful as ever. Next we had breakfast with dim sum in the North Perak Chinese Chamber of Commerce and Industry (!) near the lake. Delicious glutinous rice too! I told her that George and I were planning to go to Austin Pool, and May was interested to join.

Austin Pool is similar to the better know Burmese Pool, but less crowded. Clear water, some cascades and a bit further along the trail a nice waterfall with a deep pool. Young daredevils were having fun in the water and May could not resist the temptation to take a bath herself.

We ended up in one of the famous cendol shops of Taiping.

May on the bridge

Shall I or shall I not? 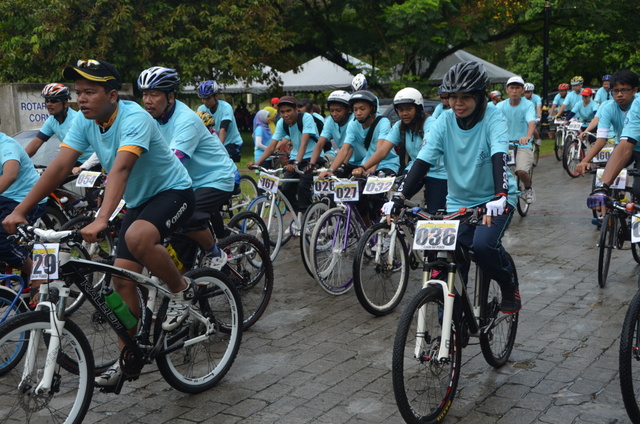 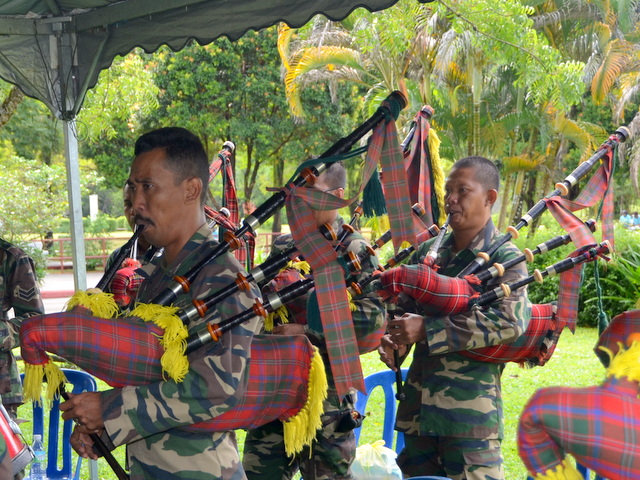 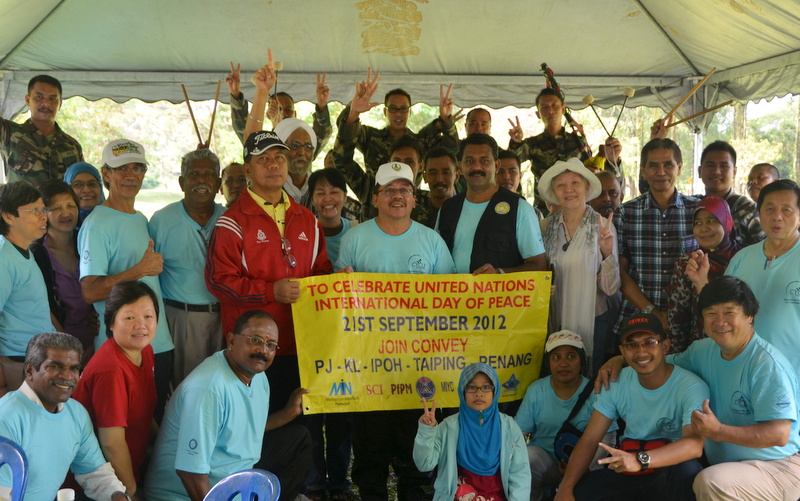 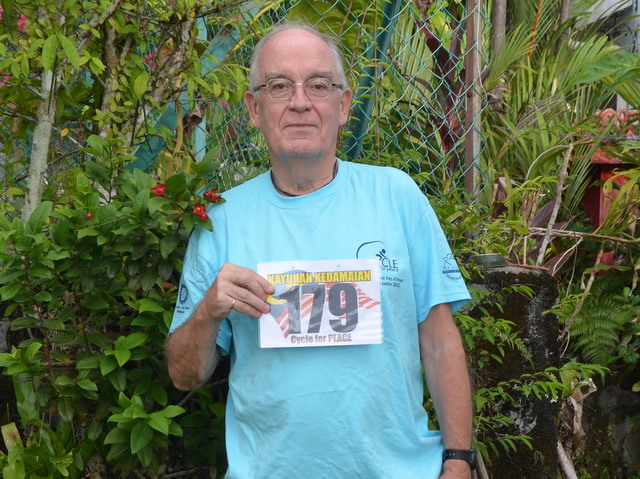 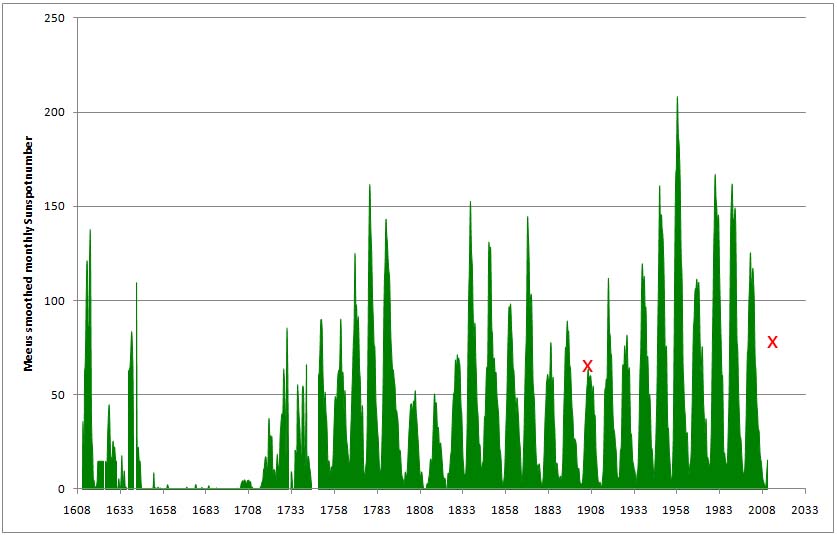 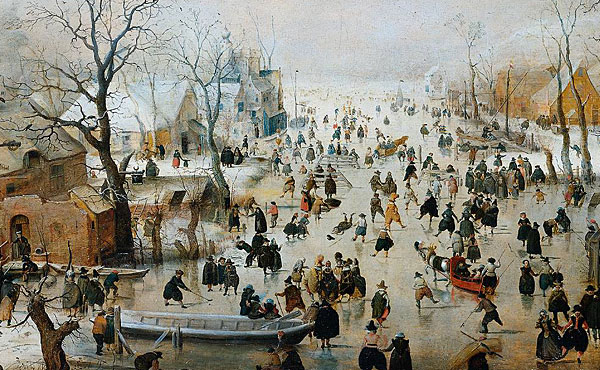 All my friends should know by now that I am addicted to waterfalls. My website Waterfalls of Malaysia contains almost 180 waterfalls, most of which I have visited personally.

Yesterday I have added two more to my list in the Bentong region. Bentong has a famous waterfall, the Chamang waterfall, a dangerous one, almost yearly people drown here! 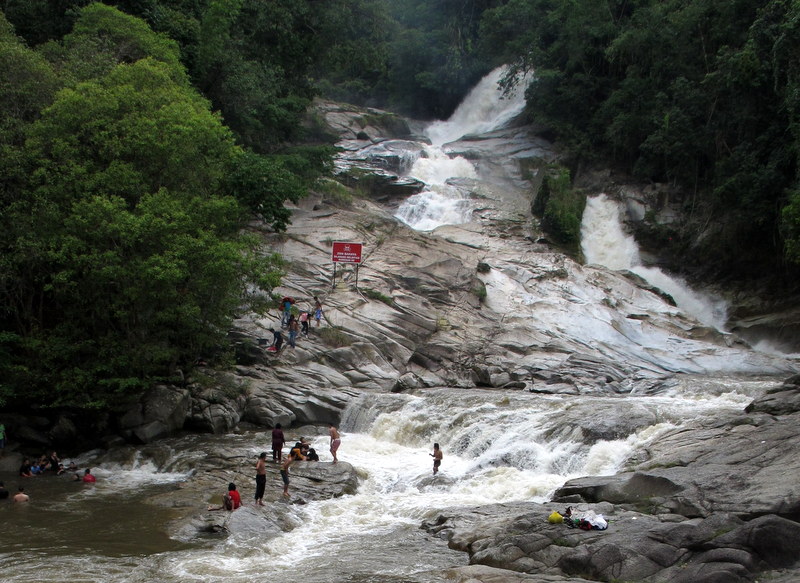 Chamang waterfall with a warning signboard in red

Here also is the start of the long trail up to Gunung Rajah. Recently my friend Siang Hui had discovered two more falls along this trail.

Visiting those two falls was the target of Rani and me. The month of the Hungry Ghosts had just passed, so it should be safe, LOL.

After a steep climb up from the Chamang car park, we reached a nice level road, leading us via an Orang Asli village in about 1.5 hour to the first fall, baptised Lubuk Chamang by Siang Hui.

And a magnificent lubuk it was! The fall was not high, but strong with a huge, deep pool in front of it. A good place for a coffee and a dip. 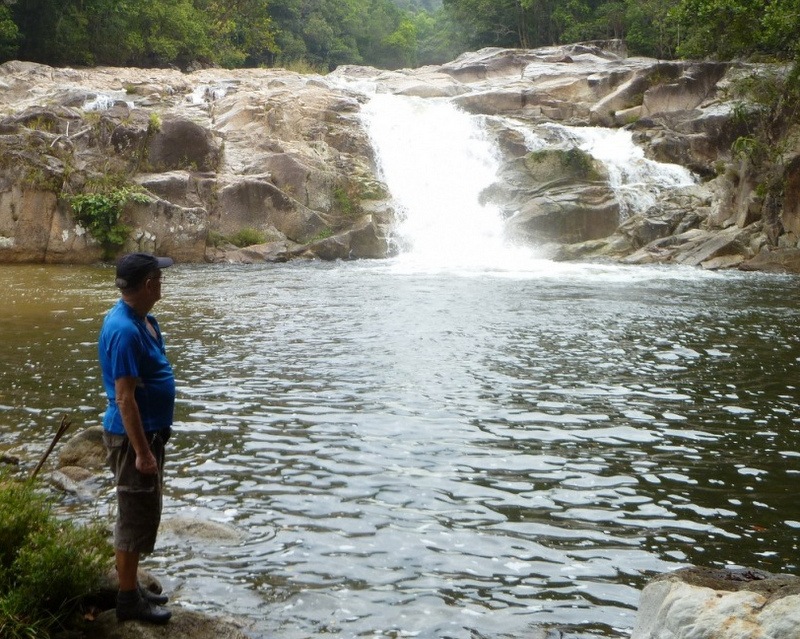 Unfortunately I was stung by a bee here. Maybe a Hungry Ghost, lost on his way back to his grave? Bees like me very much, because I am a sweaty person. The bad thing is that I am allergic for them. After I had a near-anaphylactic shock, two years ago, I always carry antihistamine tablets, and even a Epipen in case of emergency. 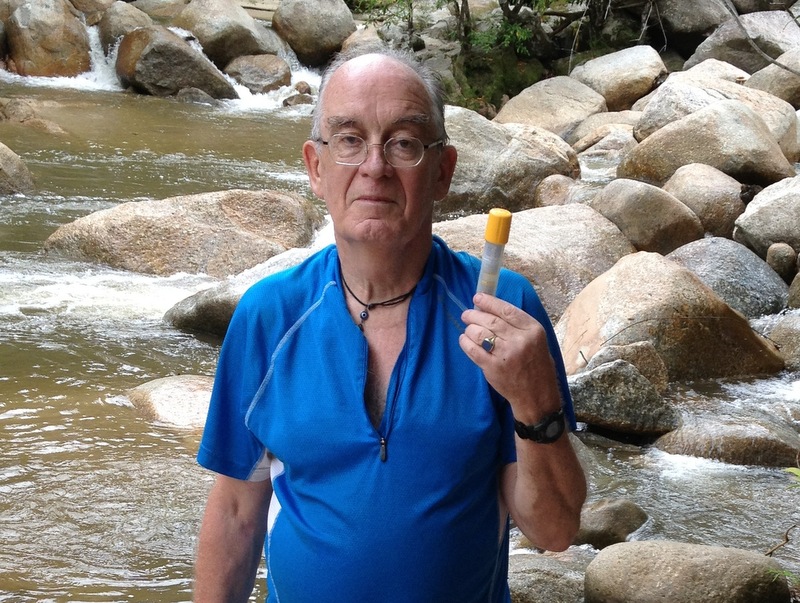 Not needed this time

I did not need it this time, but still I had an uncomfortable half hour, before the allergic effects subsided. After I had recovered, we decided to continue to the second fall, in a tributary of the Perting river. This fall was tall, but not much water. 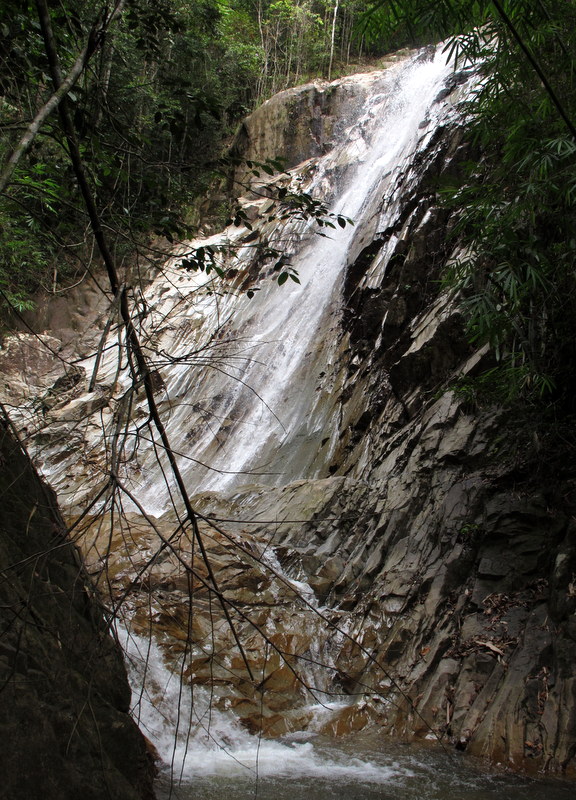 During the trip I took pictures with my iPhone. Combined with the GPS data, it resulted in an EveryTrail report Perting Fall . Here is a Google Earth screenshot of our hike 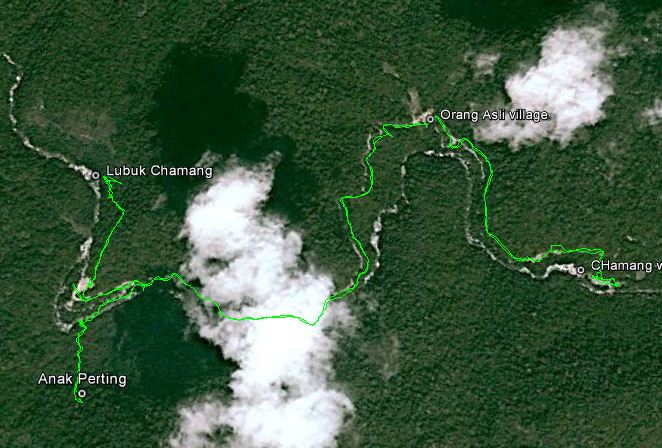 Another walk in Kiara with Pola Singh, this time joined by Chow, another avid hiker. We started as usual from the Lembah Kiara park.

This time I recorded our hike with EveryTrail, an interesting smartphone app, where you combine the GPS data with the pictures taken, add captions and a story and then publish the result on the Internet. 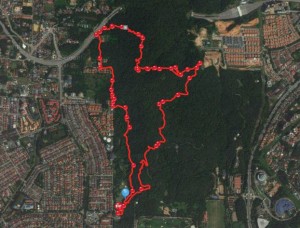 Here is a screenshot of the hike. Each red dot represents a picture.

When you start the slideshow you will be able to follow our hike.

Try it out: Kiara again

Climbing up from near the Penchala highway to the top of the hill was a steep climb, as you can see in the altitude map below …:-)!

I walked along the Northern fence to the viewpoint, interested how the fence was doing after the work had stopped. Several openings have been created, legally or otherwise. I found a cute small gate for the little critters, because only monkeys are able to climb the fence, even taking a relaxed rest on top of it! 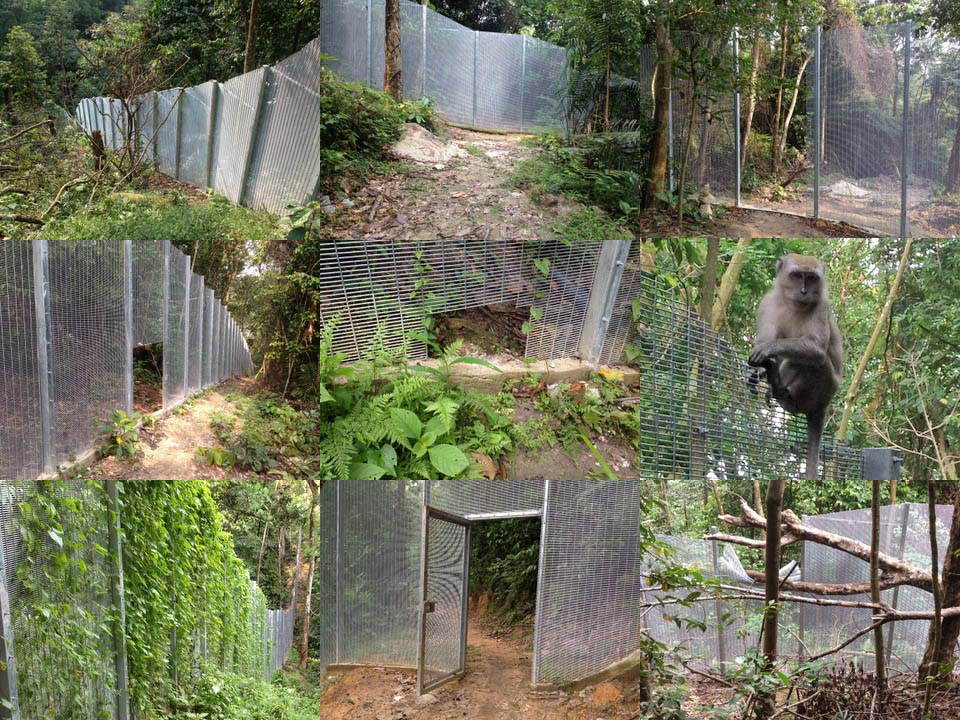 Plants start covering parts of the fence, a tree has fallen down, hopefully nature will fight back. 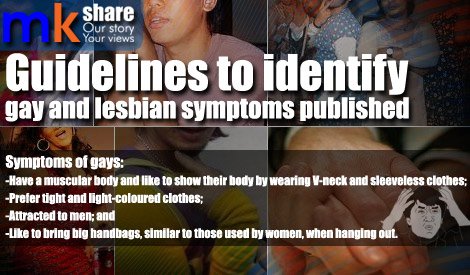 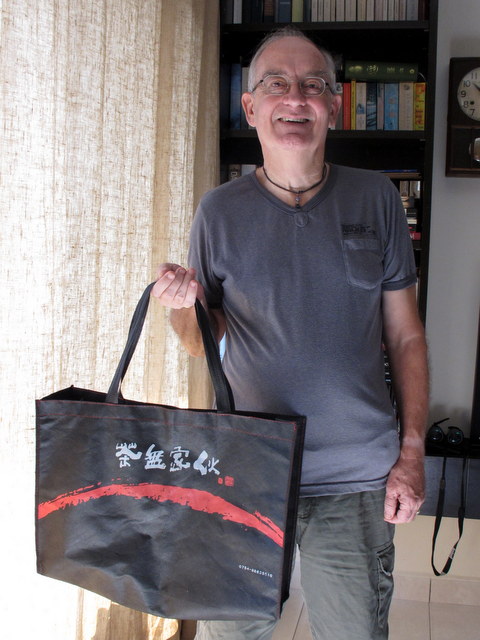 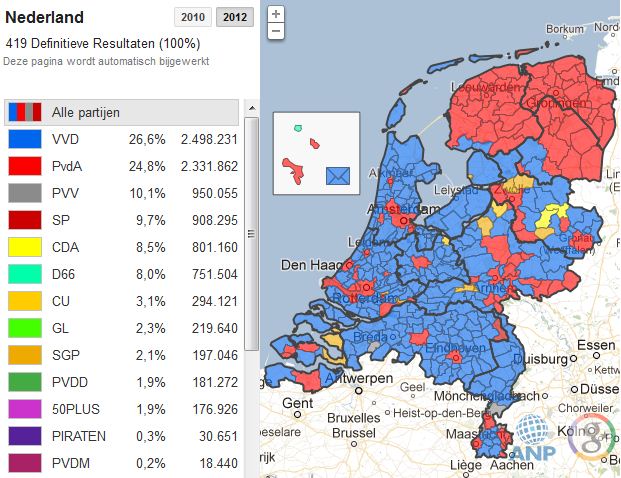 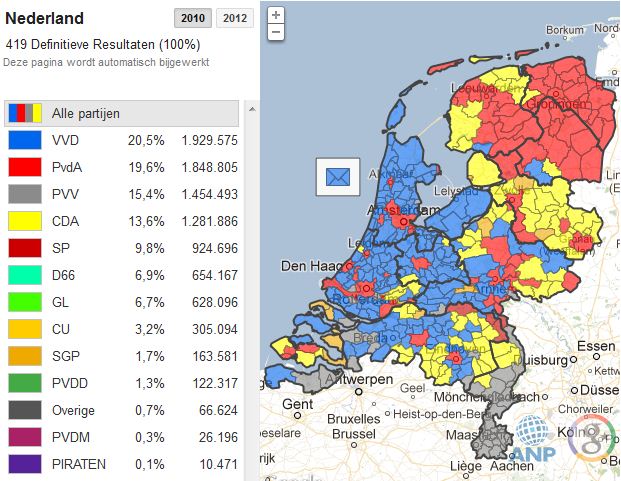 Today is election day in my motherland. We had a cabinet crisis a few months ago, when the populist, islamophobic, anti-European PVV party of Geert Wilders withdrew its support for the coalition government.

After this crisis the popularity of this party increased and for a while it looked like it might become the biggest party..:-(. Fortunately the electorate has come to its senses. The polls now indicate that it will be a fight between the Labour Party (PvdA) and the Conservative Party (VVD).

For the first time in my life I am now a postal voter! Because my residence is no longer in Amsterdam. I had to register myself in the Hague, and received my voting form two weeks ago. I had to send it back to the Dutch embassy in KL, before 3pm today.Here I am voting, in my living-room..:-) 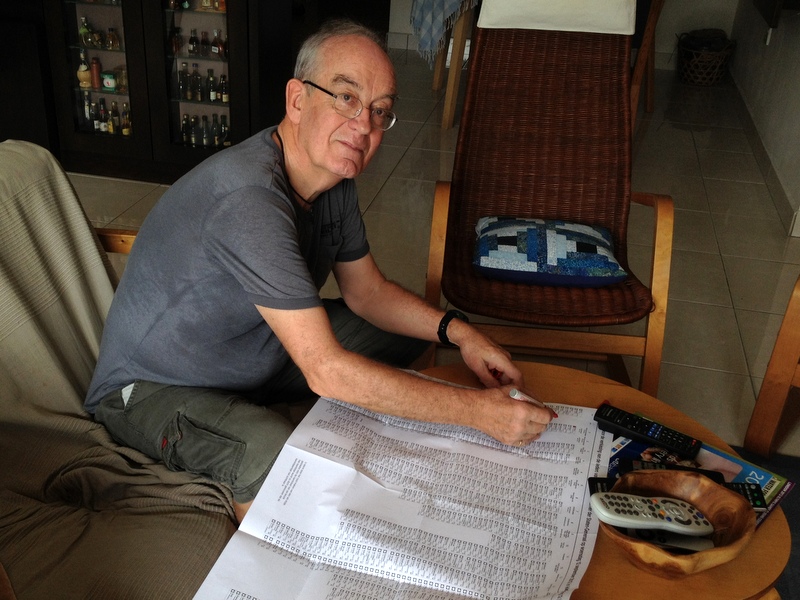 Tomorrow we will know the result. I will keep you updated.

A few days ago my friend Keong asked me if I was interested to join him for a trip to Gombak.The plan was to  visit the orchard of Raman, a Semai Orang Asli who would demonstrate various traditional techniques. 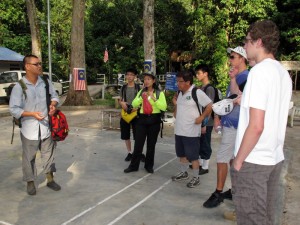 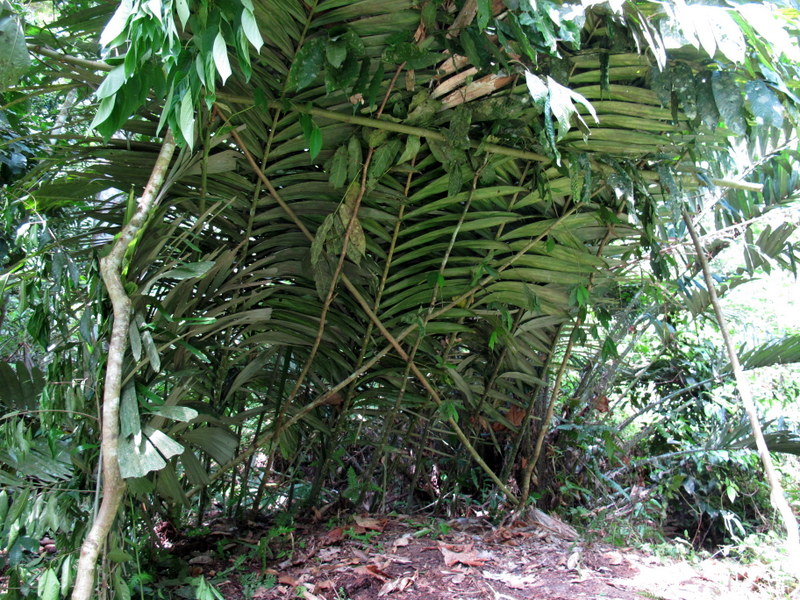 We met in Gombak, crossed a tunnel under the Karak highway and walked for about 20 minutes beside a small stream to Raman’s orchard. He showed us how to build a traditional shelter and the working of traps to catch squirrels and other small animals. 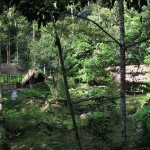 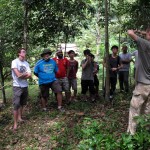 part of the program was an instruction in the making of good knots. Very useful for me, as I bought a hammock recently, but am still lacking the skills to use knots properly.

We finished this very interesting half-day trip with a lunch prepared by Raman’s wife. 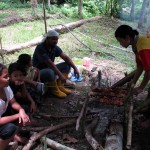 Click here for a full report of this  trip on Multiply

During the last few years I have become a regular walker in Bukit Kiara, one of the few remaining green lungs in Kuala Lumpur. Often on the tar roads with my walking buddies of the Kiara Bunch. But also exploring the numerous trails, well maintained by the mountain bikers.
At the moment, the hill is under siege. A lot of destruction is going on and an atrocious fence has been constructed. Fortunately a few (illegal?) openings have been made in this fence, so it is still possible to access the remote northern parts of the hill. 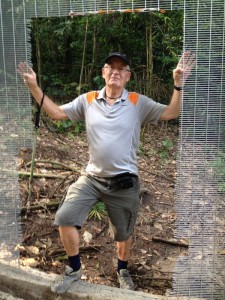 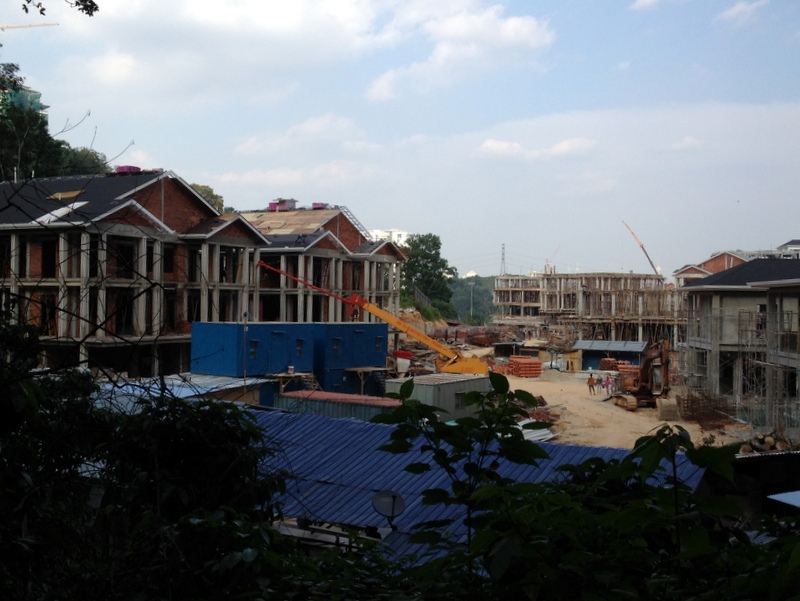 A few days ago I went for another walk with Dr Pola Singh, who is active in the Friends of Bukit Kiara group. We almost got lost, and walked for about 10 km. Nice trails but also you could see in several places that “civilisation” is encroaching. 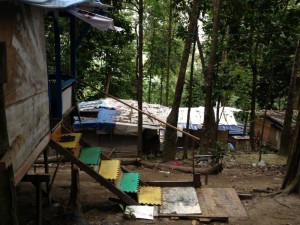 We discovered a complete kampung in the forest!

There are many more trails to be explored, so this will not be the last time that we will walk here!