On September 8,  the Mid-Autumn Festival was celebrated in the Chinese world. It is also called the Mooncake festival because of the tradition to eat mooncakes during this period. We went back that weekend to Aric’s hometown and decided to combine it with a visit of Teluk Intan. I had visited Teluk Intan numerous times and knew that it was famous for its landmark, the leaning tower. 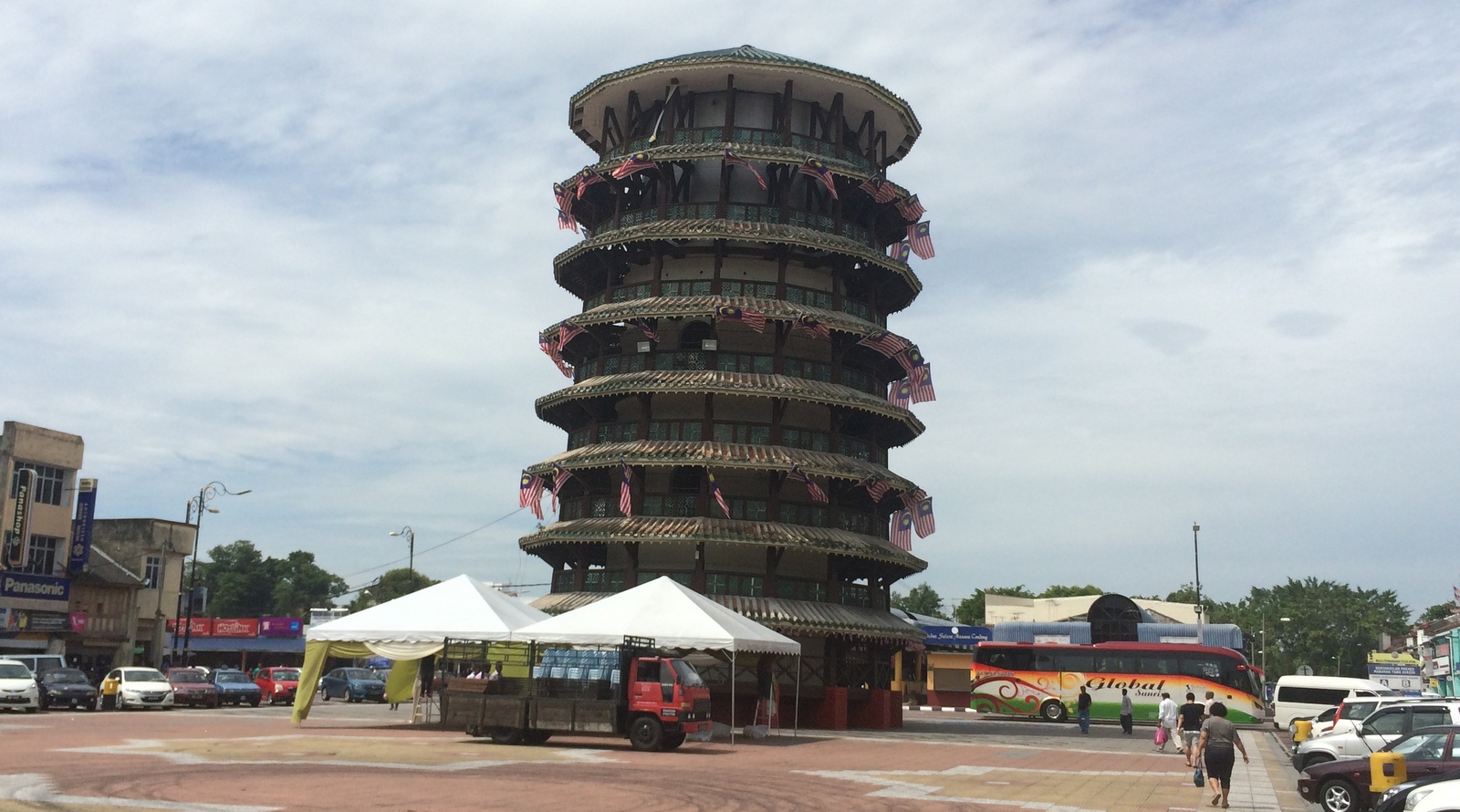 But there is more to see. A friend of mine maintains an interesting  website Malaysia Traveller and he has published an article about the Teluk Intan Attractions. It has a map with the location of the various points of interest. Here is a collection of interesting buildings. Visit his site for more details.

the ruins of Raja Muda’s Palace

On our way back home, after the weekend, Aric suggested to stop for a while in Sekinchan. The village is famous for its seafood restaurants, but there is also a nice beach, Pantai Redang. In general I am not that keen on the beaches of the Straits of Melaka (Port Dickson, argh!) but this was a pleasant surprise. Local people have built a number of tree houses along the beach, using driftwood, parts of old boats, fishing nets etc. The result is very attractive. There is also a Chinese temple with a wishing tree. Will probably be crowded during weekends. Worth a visit!

One of the tree houses

Back home, we had dinner with Caroline, her boyfriend Dave and her brother Julian. Caroline is the daughter of my dear friend Yian Tze Ang, who passed away in 2010. Since then we have kept in touch, so when she came back from New Zealand to Malaysia for some time, we met for chitchat and dinner. One topic of conversation was that I had taken up playing flute after many years, but that I was unhappy with the condition of the instrument. “Why not use the flute my mother has been playing”, Caroline said, “She would have been very happy with the idea”

With some hesitation I accepted this generous offer, so a few days later I met them again, the flute was handed over ceremoniously and I am now playing it…:-) 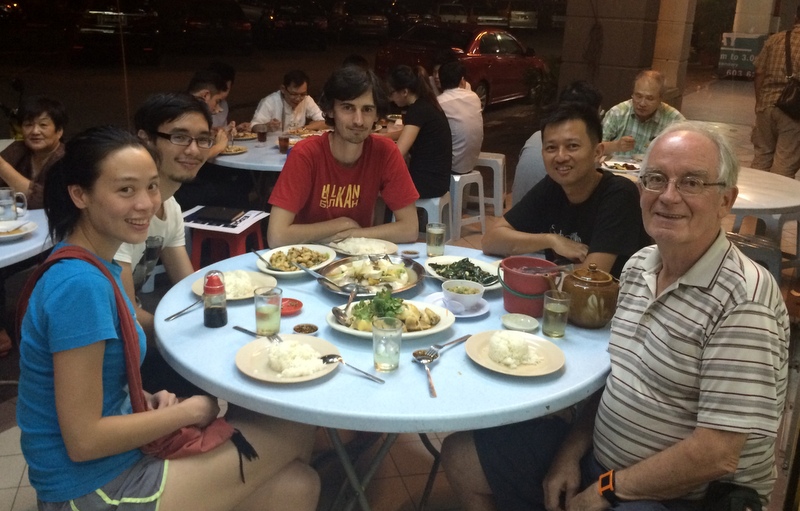 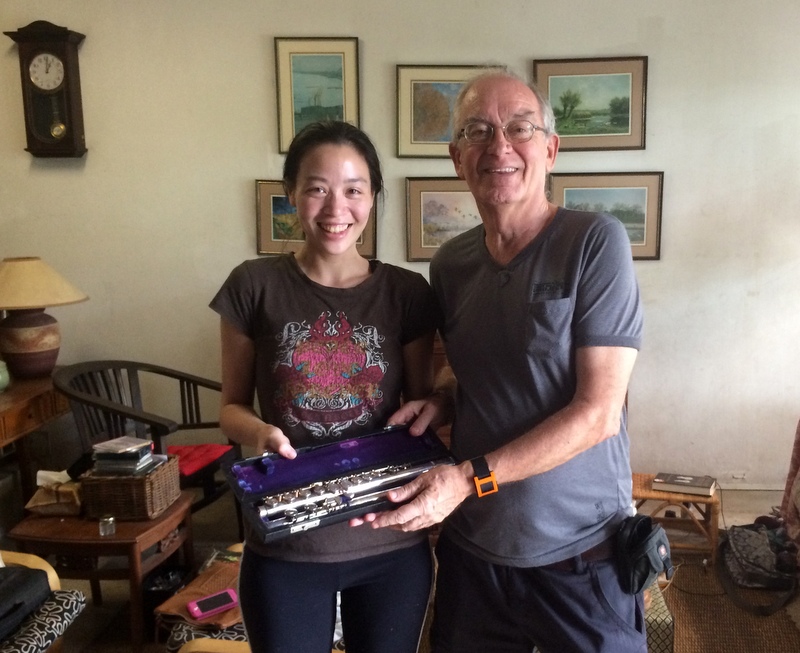 Here is a first result, Paul and I are playing the famous Canon in D by Pachelbel. Keep in mind that both Paul and I have not been playing for several decades! We will have to practice more, and maybe Caroline will join us on guitar…:-)

The next weekend I went to Lenggong and Taiping with Joe Yap for a heritage trip, You can find a detailed report here.

My daily routine is still to walk in Bukit Kiara followed by breakfast in IKEA. When you have been following my blog, you will have read quite a few posts about Bukit Kiara, for example: Bukit Kiara, Not All is Well

I am pessimistic about the future of this unique piece of nature within the city. But still beauty can be found there. 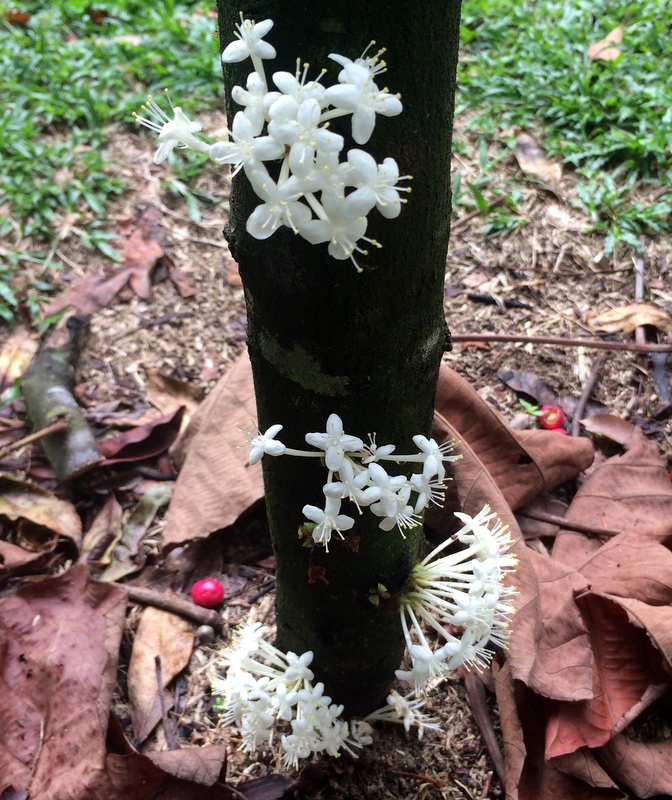 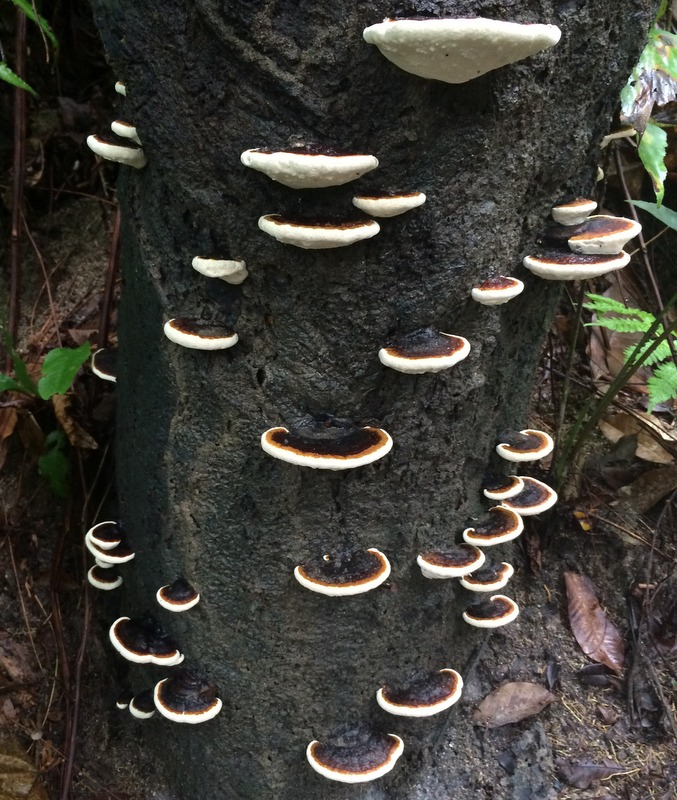 Yesterday we attended a Chinese wedding dinner. Hundreds of guests, a huge banquet hall. A nice-course dinner, quite good food. But the hall was freezing cold.Good that the hosts were generous with Hennessy XO..:-)  The Master of Ceremony was in drag, quite funny (if you understand Chinese, that is). After the official toast, he made a round through the hall, making fun of the guests. And as I was the only Kwai Loh in the hall, of course he had to pick me, LOL.

The family ready for a toast