On 15 April 15 I arrived in the Netherlands for a stay of six weeks. Spring was late this year, I was welcomed by nice weather, flowers everywhere. And I was really craving for traditional Dutch food..:-)

I did not really celebrate my birthday on April 17, because the next day we had a Family Gathering . But I did not feel lonely that day, because I got visitors, my youngest brother Otto and my soulmate Inez. A good opportunity to practice  taking selfies..:-) 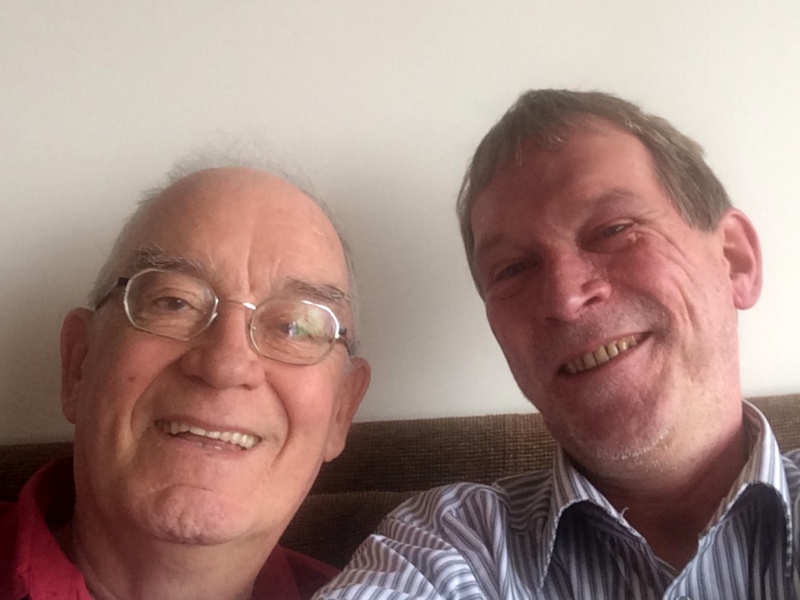 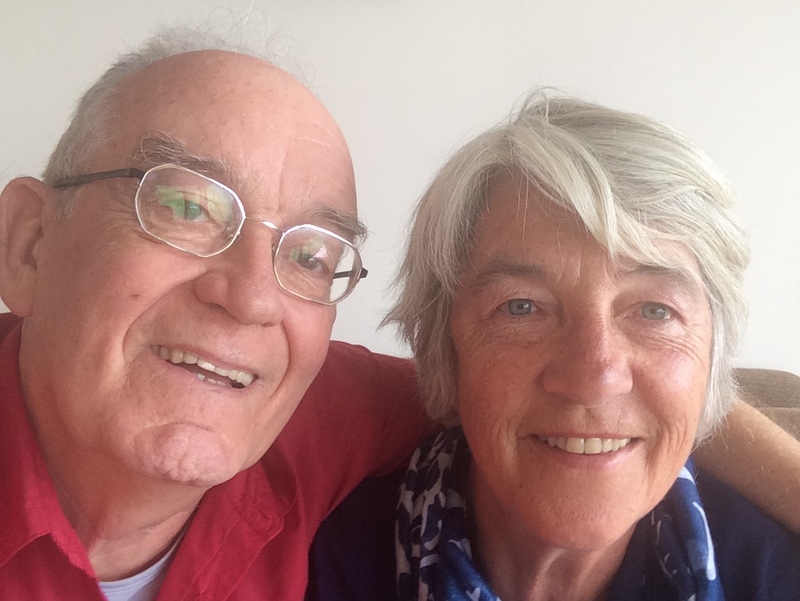 One of the big celebrations in the Netherlands is Koninginnedag (Queen’s Day), now renamed Koningsdag (King’s Day). Observed for the first time on 31 August 1885, the birthday of Queen Wilhelmina.  When her daughter Juliana became Queen in 1948, the holiday was moved to her birthday, 30 April. Then, in 1980 Beatrix became Queen. Her birthday is 31 January. Too cold to enjoy the many outdoor activities. Therefore it was decided to keep it on 30 April. Now Willem Alexander is King, born on 27 April, so they changed the date. Personally I think they should have kept it on 30 April. What to do when Princess Amalia (born 7 December) will become Queen…:-)?

I went to town only for a short while. Too many people.

Fun on the water

A few days later I went to Utrecht to meet Yolanda, a former student, who has become a good friend. Beautiful weather, we walked in the town before we had dinner.

And of course I had dinner with my other Yolanda, Paul’s sister. It has become a nice tradition that we meet for a “sumptuous” dinner when I am back in Holland. This time we went to restaurant Bonjour. French cuisine, friendly service. And very reasonably priced: 24.50 Euro for a three-course dinner.

With my friend Inez I visited Rotterdam and Dordrecht on a day trip. In Malaysia, thinking about what to do during my stay in Holland, I had optimistically assumed that I had plenty of time for longer trips, but that was a mistake…:-)

On the evening of the 4th of May we have  the Remembrance of the Dead ceremony in my country. Quite impressive, I used to go to the Dam Square for the two minutes of silence. This time I was already on my way, when I noticed that near my condo there was a (smaller) celebration. So I attended that one instead. Impressive. After the ceremony I met (my second…) Yolanda at the Concertgebouw, where we attended a performance of the Anne Frank cantata. I hope the name Anne Frank is familiar  to everybody?  We finished the evening with a beer at the famous Welling cafe! Near to where I have been living most of my life. Nostalgia.

Remembrance of the dead

Welling, after the concert

By the way, it was a good decision not to go to the Dam Square. Have a look at the crowd there! 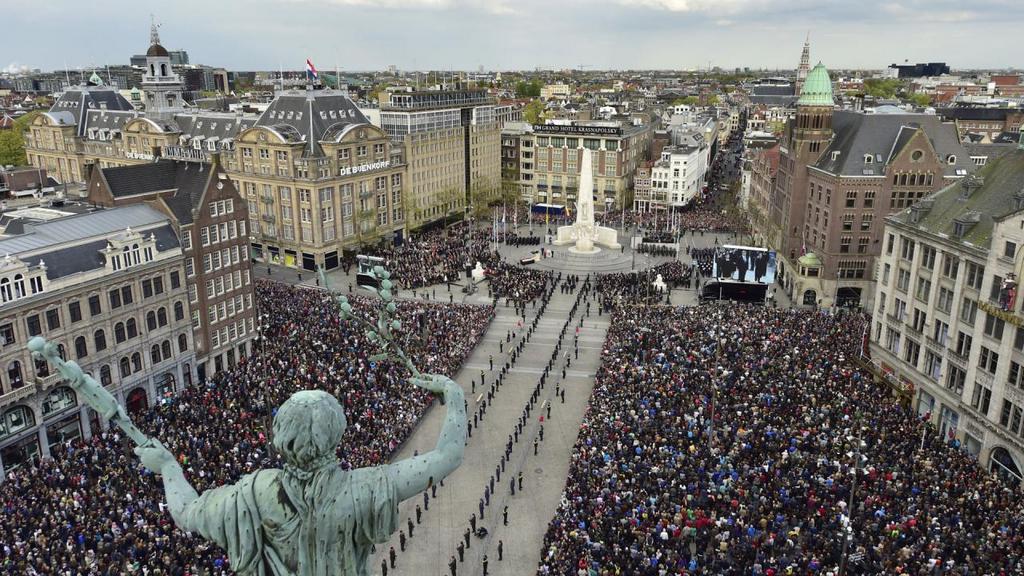 The last two weeks of my stay were a bit too hectic…:-) I felt like the Flying Dutchman, travelling all the time. Of course I was to blame myself…:-) I had to maintain a calendar meticulously…:-)

First I went with Nico, Paul’s brother, to Santenoge in Burgundy, where we stayed five days in his country house, Living Like God in France. After coming back, I visited Ruud and Jur in Groningen. They live in a nice house with a beautiful garden. The next day we made a trip in the countryside and visited the old (14th century!) church of Zeerijp.

The house of Ruud and Jur

My following visit was to the south-west of the Netherlands, the province Zeeland where I visited a friend from my university days, a long time ago. Here is the report: Middelburg.

One day at home and off I went again, to Alkmaar, where Arie and Ineke are living. Another report: Alkmaar. The next day I continued to Valkkoog, where I stayed overnight with Lous and Arend. In the afternoon we visited the sand suppletion project of the Hondsbossche Zeewering (Sea dike). In the left pic below I have indicated the location of the sea dike in red.This dike was a weak spot in the Dutch defense system against the sea. Now new land and dunes have been created. Impressive. The visitor center had an interesting gadget where you could give the impression (with a soap film) that you were standing in the water. Of course we had a nice dinner, my youngest brother was also present.

Before going back to Amsterdam the next morning, I took pictures of the sculptures, ceramics and paintings created by My artistic sister

Finally the next day I traveled to Limburg with Paul for a few days of long distance walking, part of the Pelgrimspad

Then it was time to fly back to Malaysia, where I could recover…:-)

Of course beside all this, I visited and or invited friends. A few pictures

This visit was a bit longer than usual, the reason being that I was considering to come back once a year only, for a longer time. After this visit I think I will keep it as before, coming back twice a year, for about one month.