It is a yearly ritual. During the Southwest monsoon season,  June-August, Malaysia (and Singapore) suffer from the haze. Forest fires in Indonesia cause huge amounts of smoke, blown over the Straits of Melaka by the prevailing winds. Air quality, measured in Malaysia by the API (Air Pollution Index) drops, people run to the shops to buy face masks. The politicians start the blame game. After a few days/weeks it is over and people forget about it, until next year.

In 1997 it was very bad in Sarawak, with an API above 800. An emergency was declared, the airport was closed. I was on holidays in Kuching that time with my friend Paul and I remember that we could not even see the Istana across the river. In 2005 there was also a bad haze. As I said, it is a ritual.

This year was also bad. Last week especially Singapore was suffering and Johor, with an API of 746 in Muar (value below 50 is good, above 300 is hazardous). In the following days the haze moved northwards.Here is the view from my balcony on June 24, after sunrise. The smell of something burnt was everywhere. 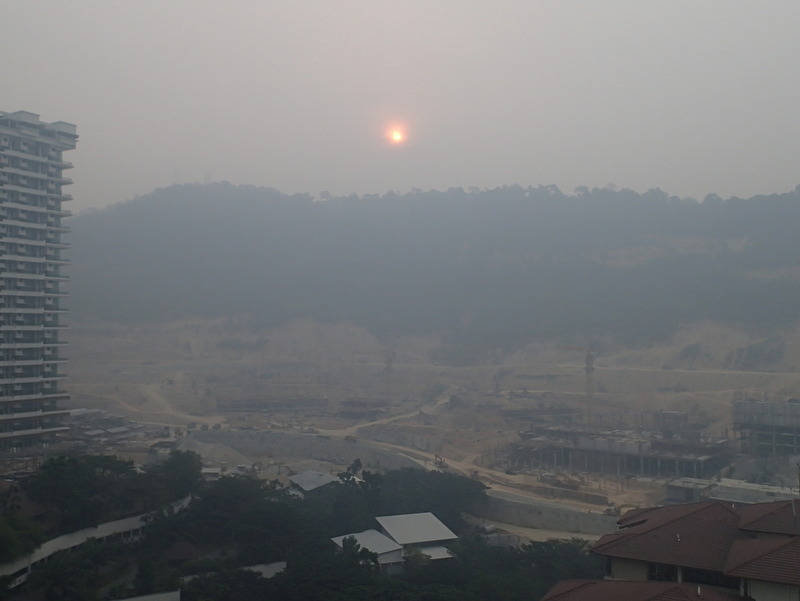 The Department of Environment has a website, where every hour the values of the API are published for many locations in Malaysia. Here is the list for the morning of June 25 (Click to enlarge for details). Parts of Selangor are still bad, especially Klang (as usual). So bad that in the Klang district schools have been closed for several days. 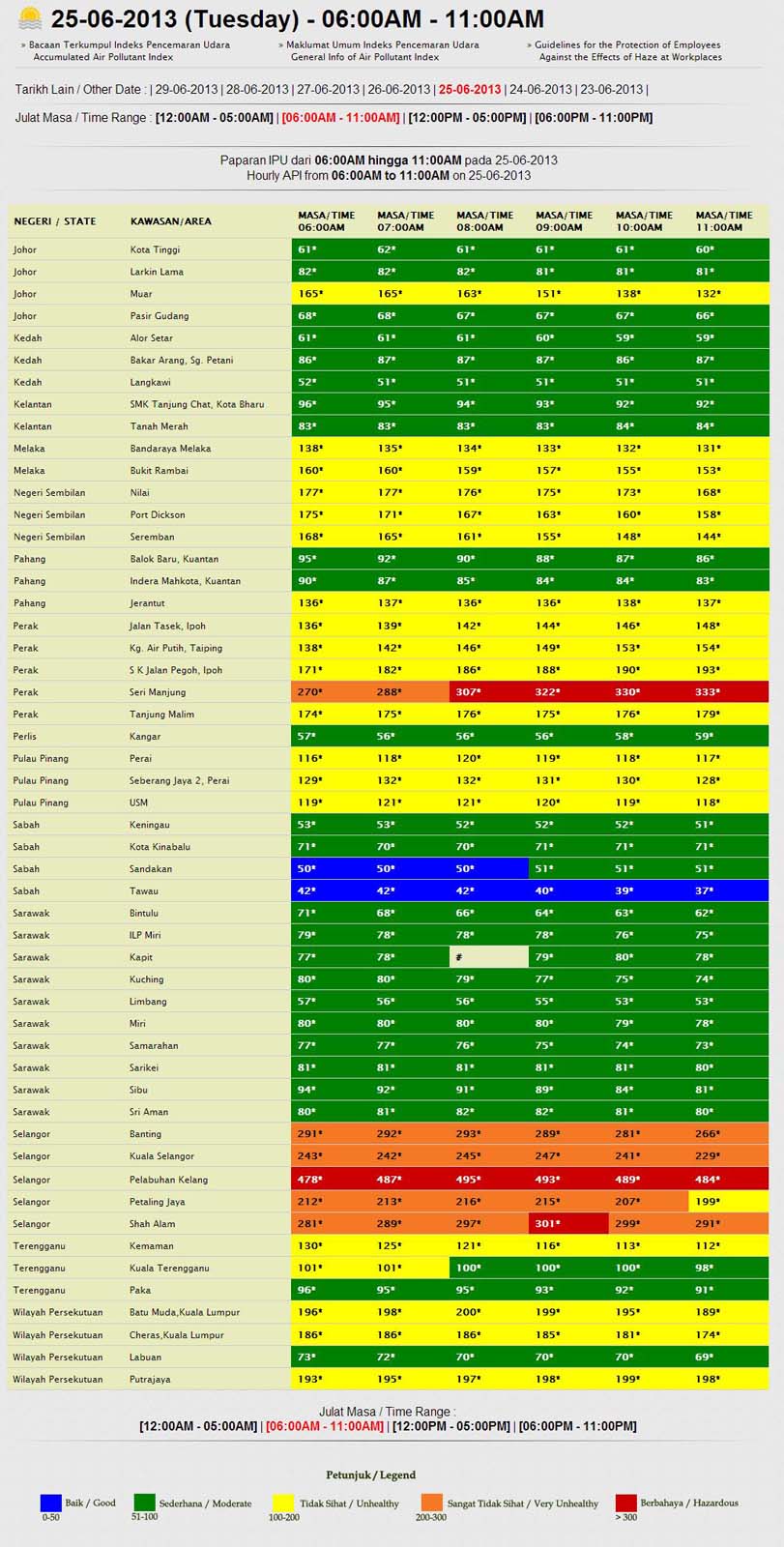 I found another interesting website, maintained by NASA where hotspots all over the world are monitored. Data files can be downloaded free of charge, for example for Google Earth. Here is a screenshot of GE, situation on June 27, the hotspots in Riau are the culprits. 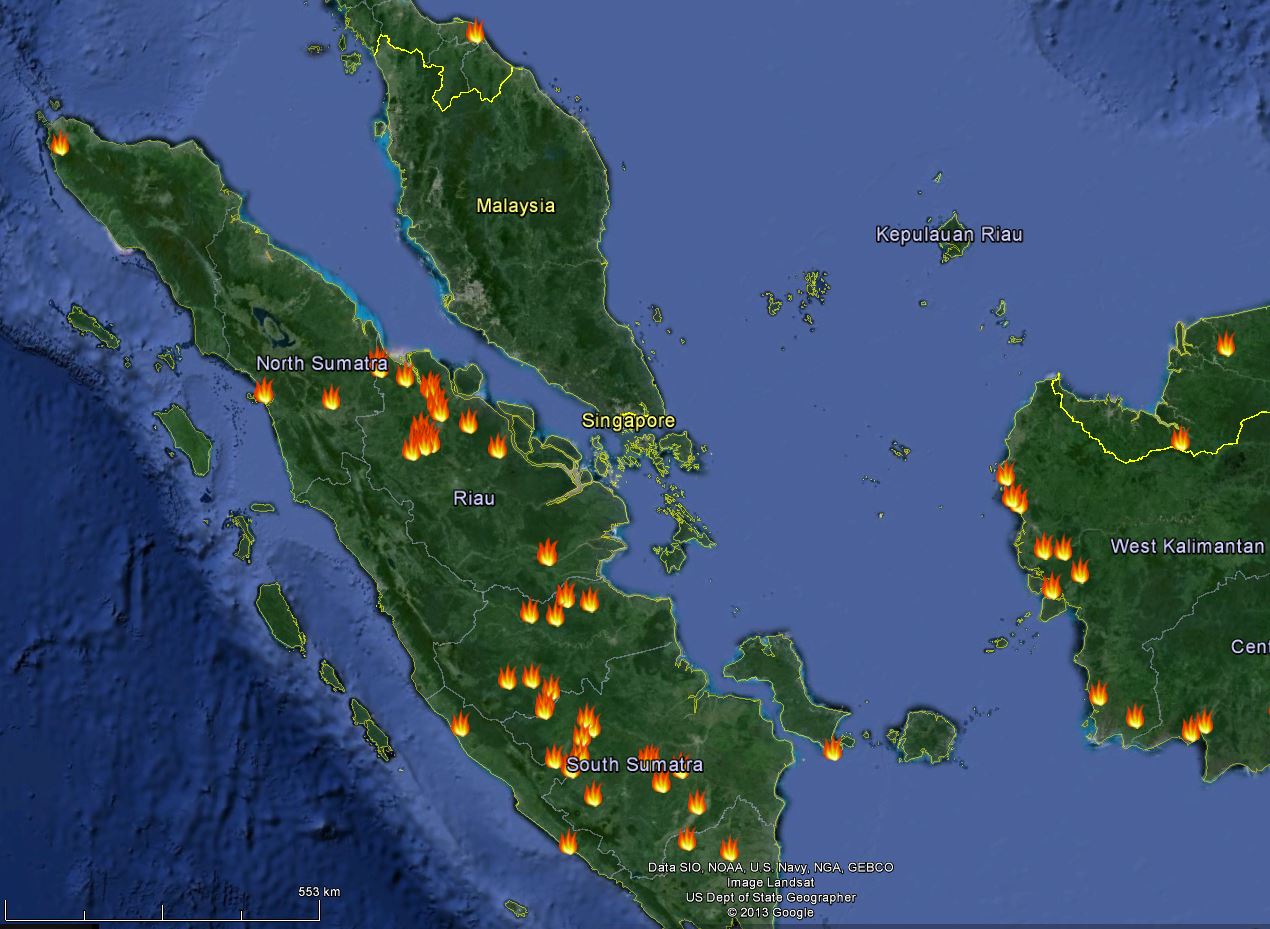 In this satellite view (taken a few days earlier), you can see the haze covering Singapore. Kuala Lumpur is not yet affected, but after a few days the wind direction changed to North-East. 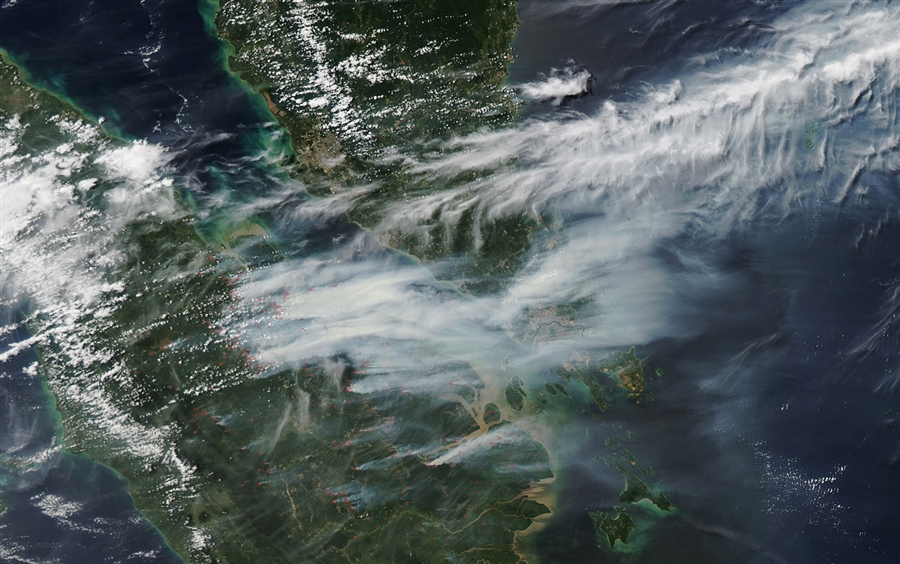 Now the situation is back to normal. Here is a view from my balcony, taken June 28 in the afternoon 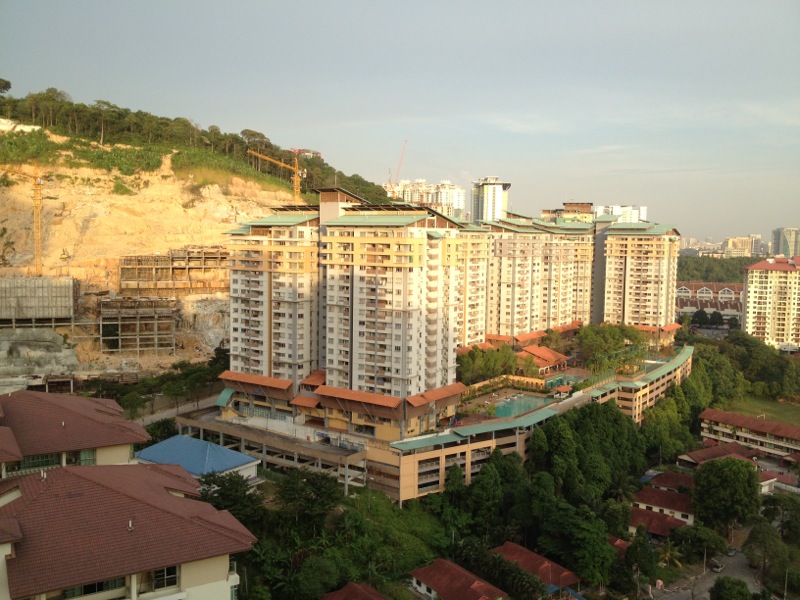 The haze season is not yet over, we will see what happens. If you think that there are many hotspots in Sumatra, have a look at this GE screenshot of Africa…;-) So it can be worse. 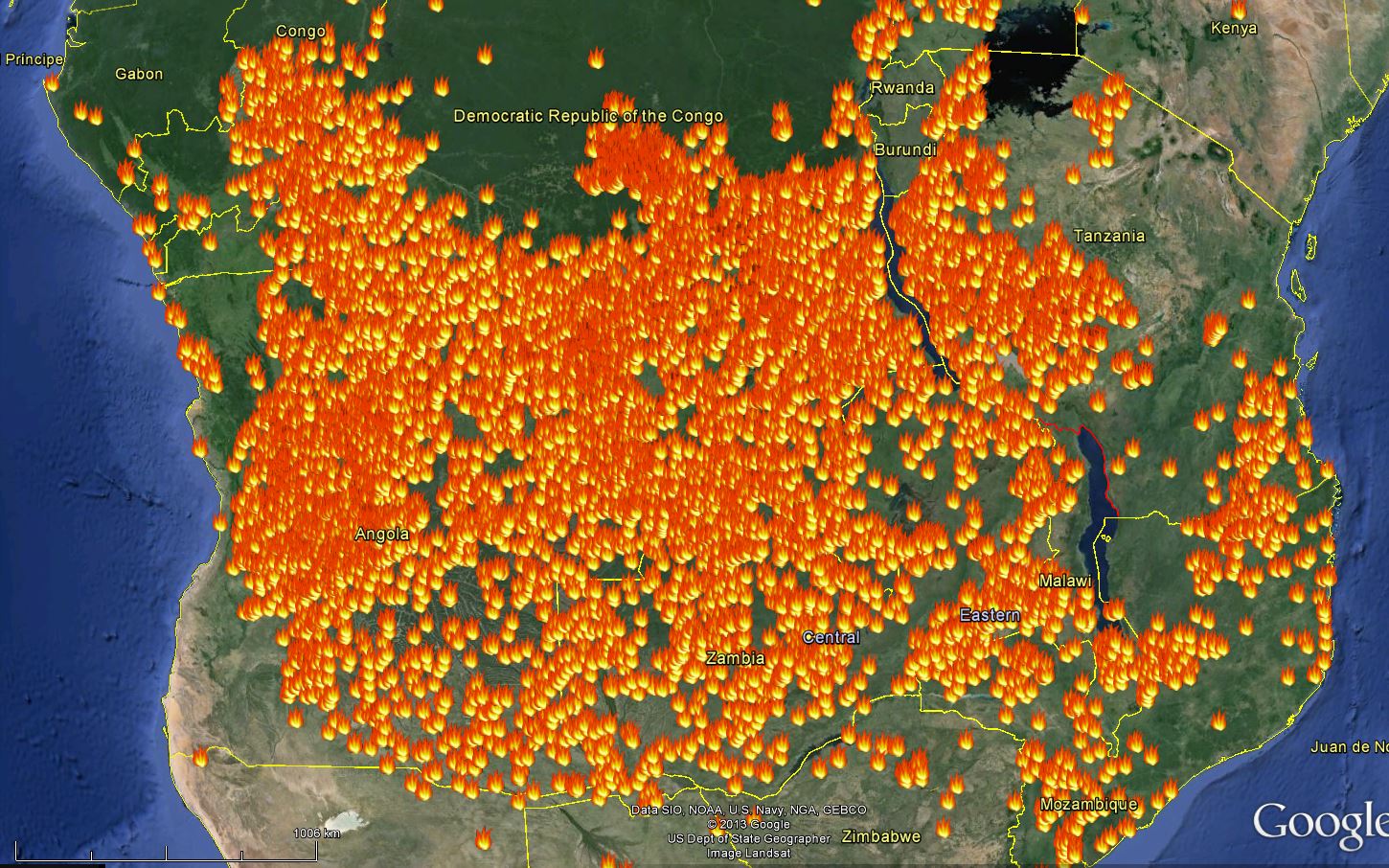 For people with asthma etc, the haze is of course a serious problem. In Muar the death of two people last week was directly related to the haze. For others it is best to take it easy, and accept that it will probably the same every year.

To end in a lighter vein, here is a song by a Singaporean guy about the haze