Are you using Whatsapp and did you recently receive this picture? Getting excited already, that in a few weeks time you will observe a unique event? 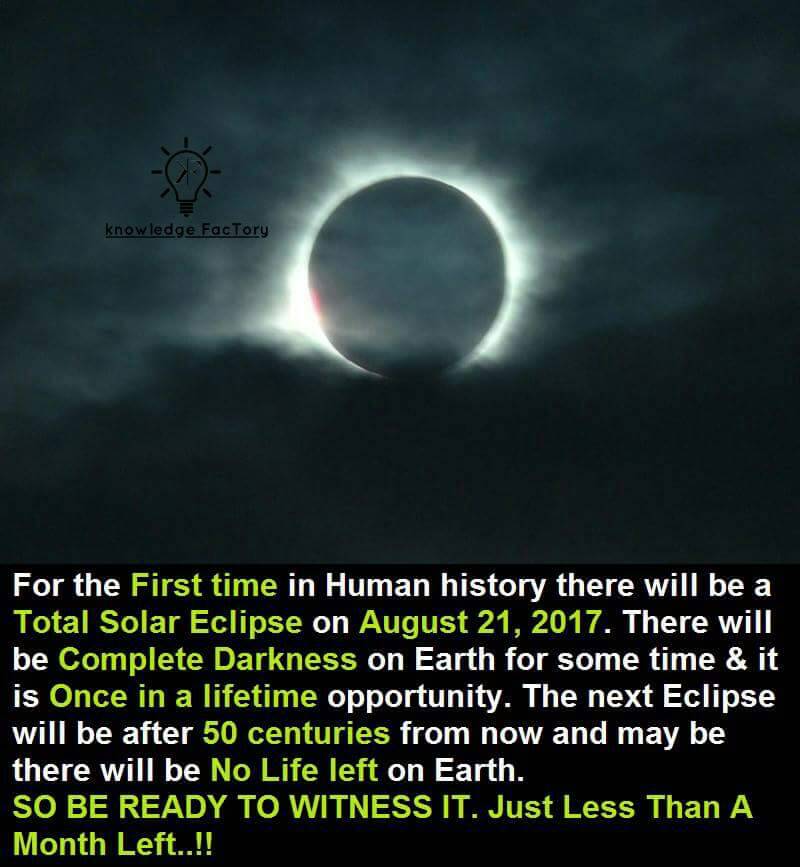 Here is a list of solar eclipses between 2011 and 2020. In the third column the type of eclipse is given. Twenty four eclipses in total, five of them total. The last column gives the geographic region where the eclipse will be visible. 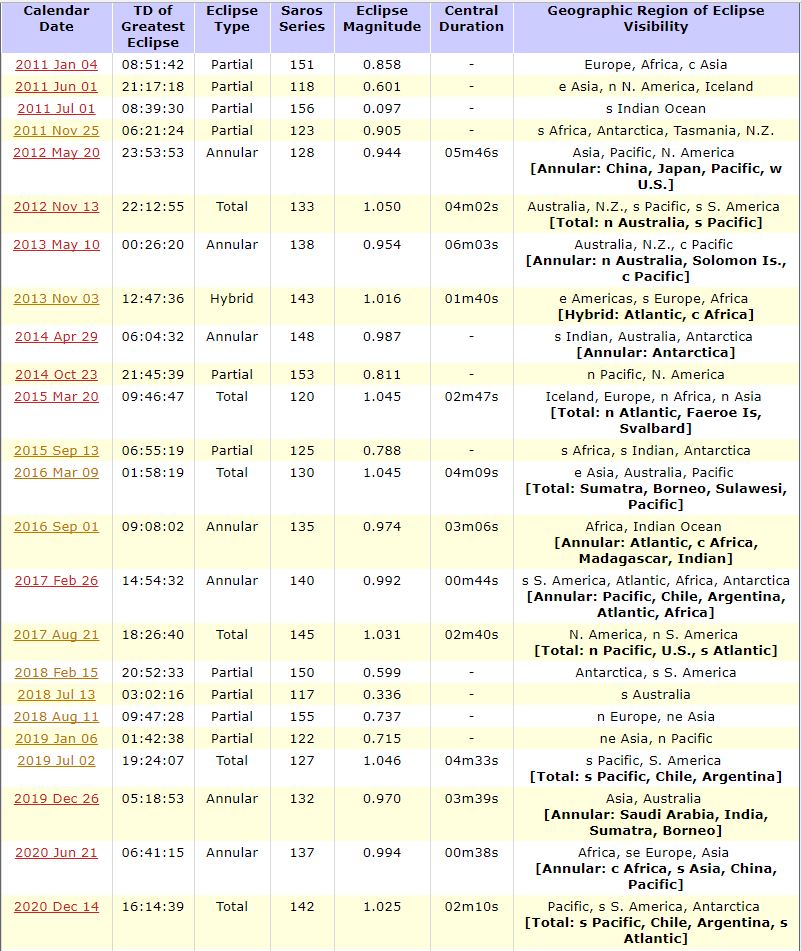 I do not want this blog to be very technical, but some explanation may be useful..:-)

A solar eclipse occurs when the moon passes between the sun and the earth.

Another effect is that the orbit of the moon is slightly elliptical, so the distance of the moon to the earth is not always the same. If the moon passes between the sun and earth while it is farther away from the earth, it can not block the sun completely, resulting in an “annular” eclipse.

Let us look in a bit more detail at the 21 August eclipse. The blue band is where you can see the total eclipse. Weather permitting of course…:-) The light blue lines parallel to the blue band indicate the regions where you have a 75%, 50% and 25% partial eclipse. 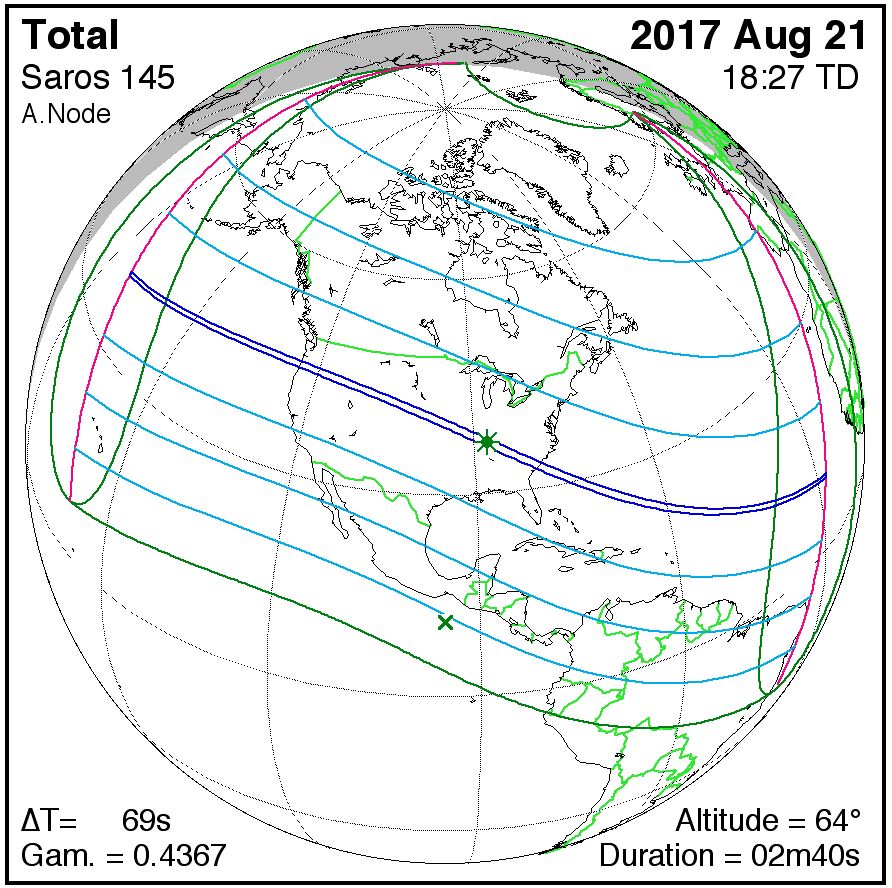 Is there anything special about this eclipse? Yes..:-)  It will only be visible from the Unites States of America and no other country!  AMERICA FIRST…:-)  Probably Trump will  twitter one of these days that it is one of the successes of his administration…;-)

Of course there is a lot of interest in the USA for this Great American Eclipse . Here are a few advertisements, taken from the Internet. 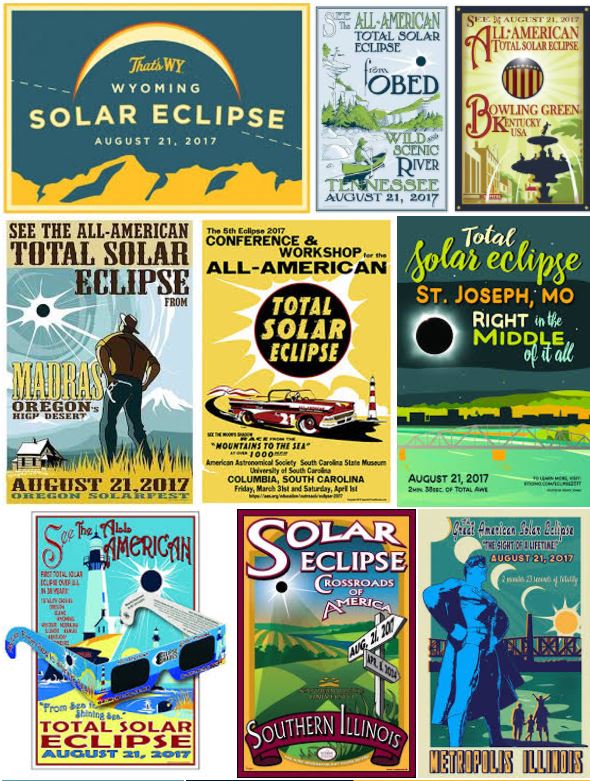 But also for the USA it is not a unique event. The last total eclipse, visible in mainland USA, was on 26 February 1979 and the next one will be on 8 April 2024.

Total eclipses are spectacular. It gets dark, and the solar corona becomes visible. A reason for many people to travel to a region where the total eclipse can be watched.

Actually I was one of them, 8 years ago! 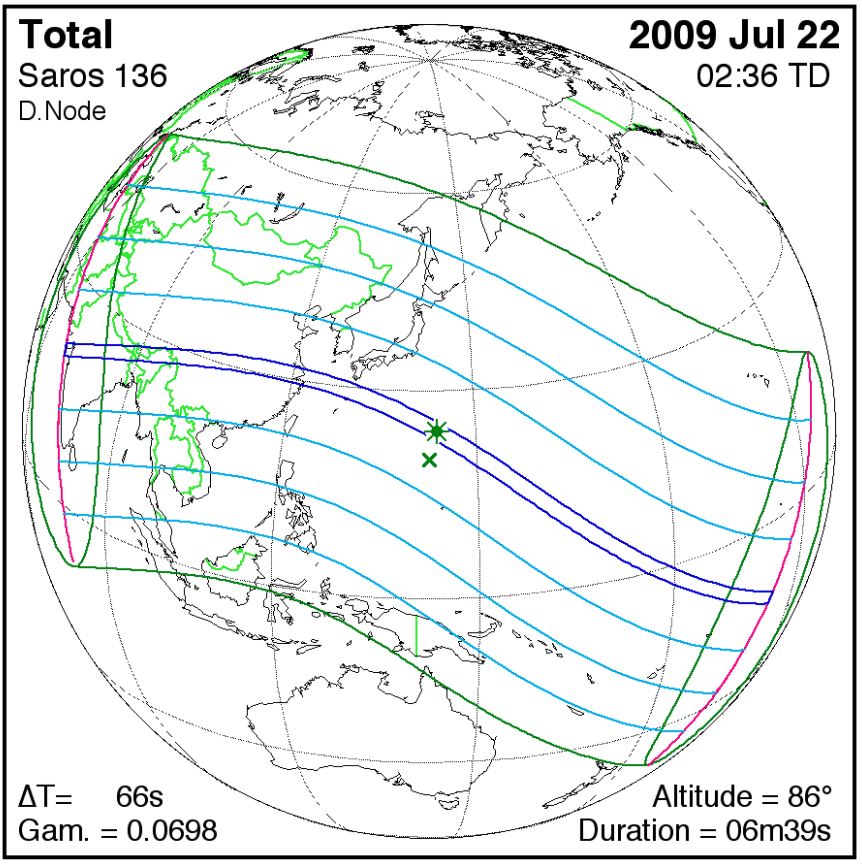 We decided to visit China, Hangzhou region, around that time, hoping for clear skies. The full report you can read here: China July 2009 part I: Hangzhou.

Many people, locals and tourists,  full of expectation. 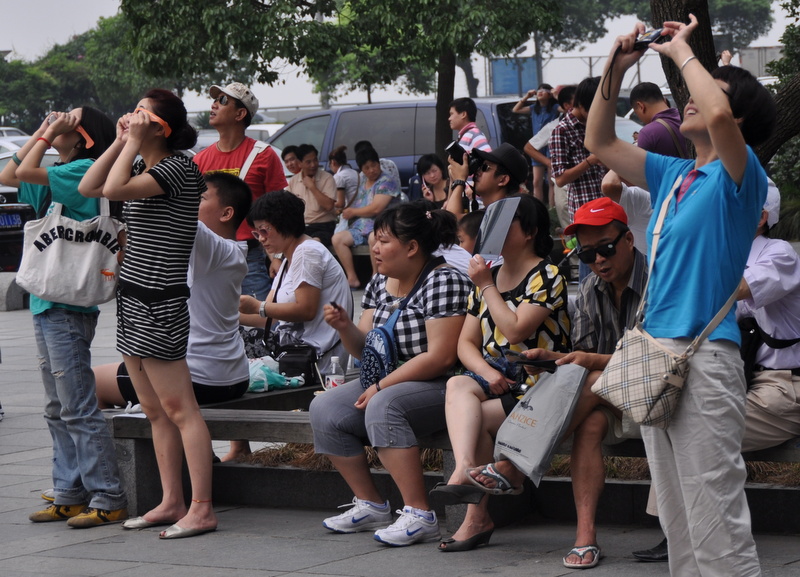 Actually it was rather cloudy. Here you see pictures during the start of the eclipse. We kept our fingers crossed. 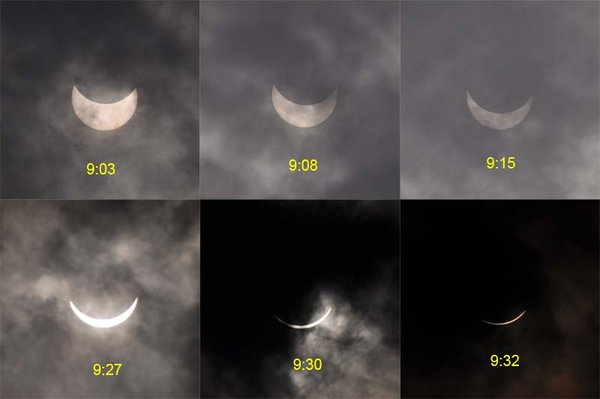 And we were lucky. The clouds were breaking, it was not completely clear, but enough to see the “diamond ring” and the corona 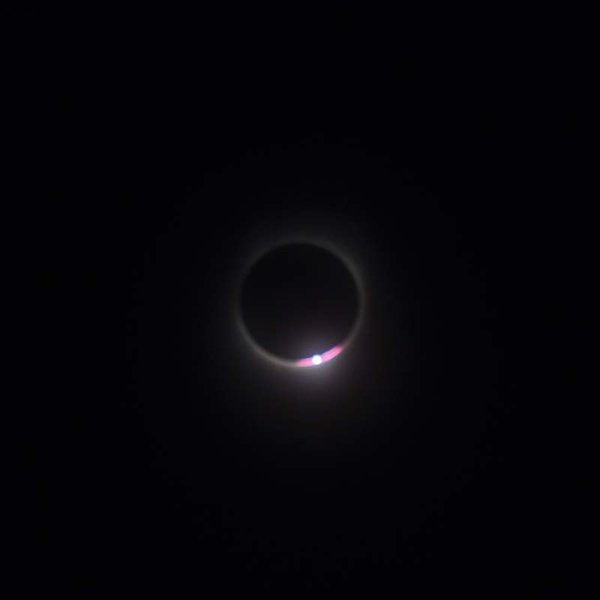 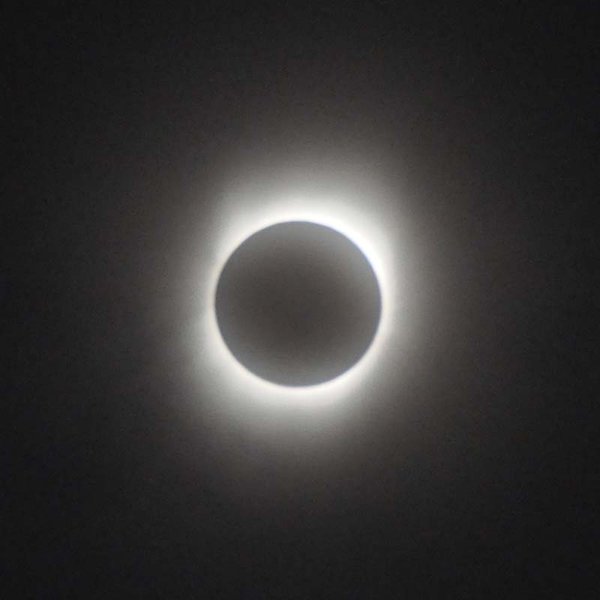 It was an unforgettable experience. As it will be for the Americans (and the many foreign tourists) on 21 August.

When you compare the two eclipse maps, you see in the lower right corner the duration of the totality.  The China one 6m 39s, the American one “only” 2m 40s. CHINA FIRST!

The maps come from a very informative website about solar (and lunar) eclipses, EclipseWise.com