When I am in the Netherlands, I always try to stay a few days in Groningen with my brother Ruud.  We usually spend a day in the countryside and this time we decided to visit the Menkemaborg. A “borg” is a manor house, typical for the province of Groningen. In the past there were many, now only less than twenty  survive, here is a list of the existing borgs

On our way to the borg, we passed the small hamlet of Eppenhuizen with an attractive church. The church is not old, built in 1882 and no longer in use as church. Surrounded by a graveyard with a “baarhuisje”, a mortuary. 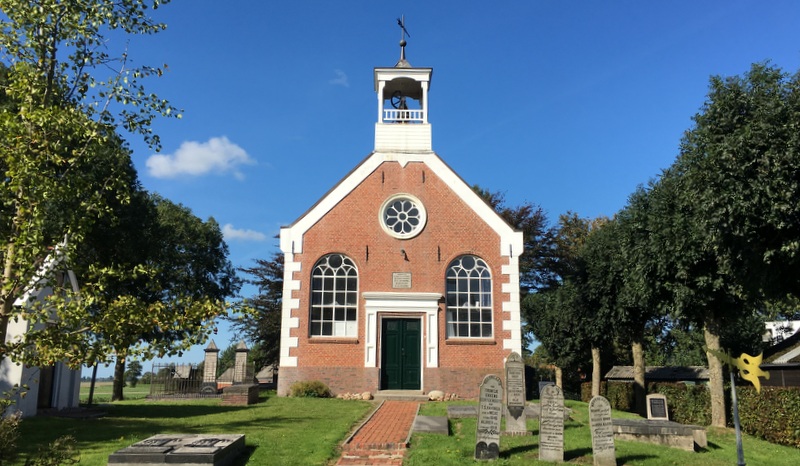 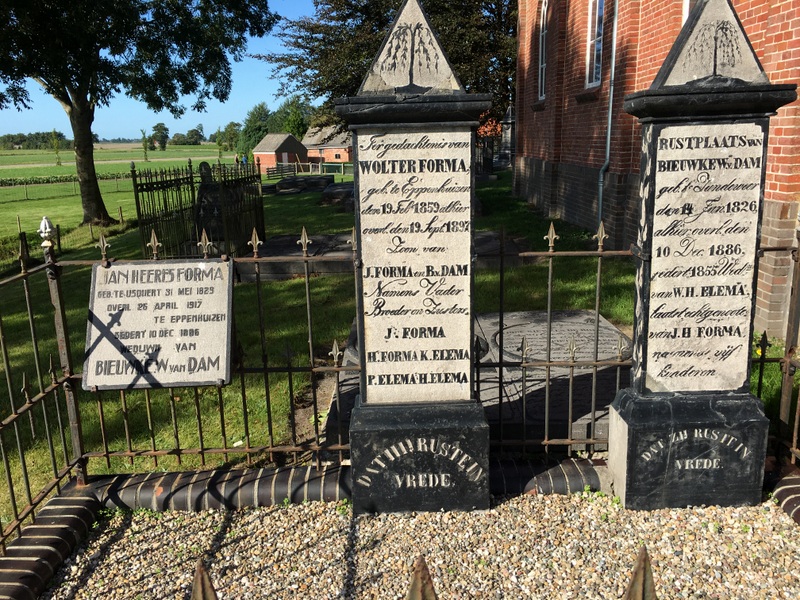 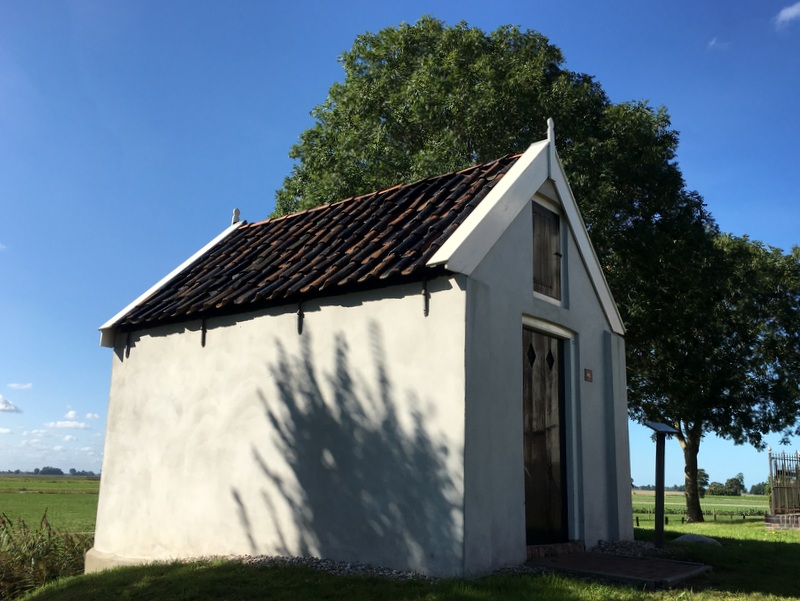 The Menkemaborg was originally built in  the 14th century, but altered to its present form around 1700. Owned privately by the Alberda family until 1902, it was donated in 1921 to the Groninger Museum. It is surrounded by a moat and extensive gardens. 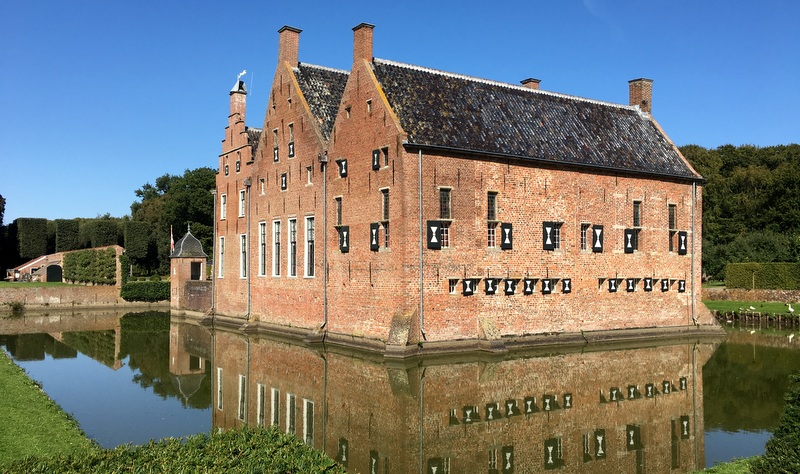 The interior of the borg has been furnished in the style of the 17-18th century. The result is beautiful, it gives the impression that the residents are away for a moment and can come back any time. 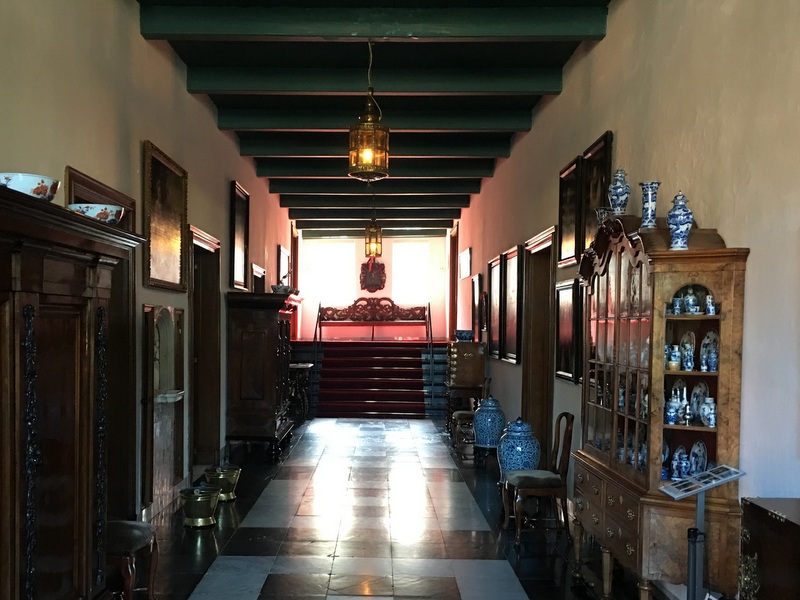 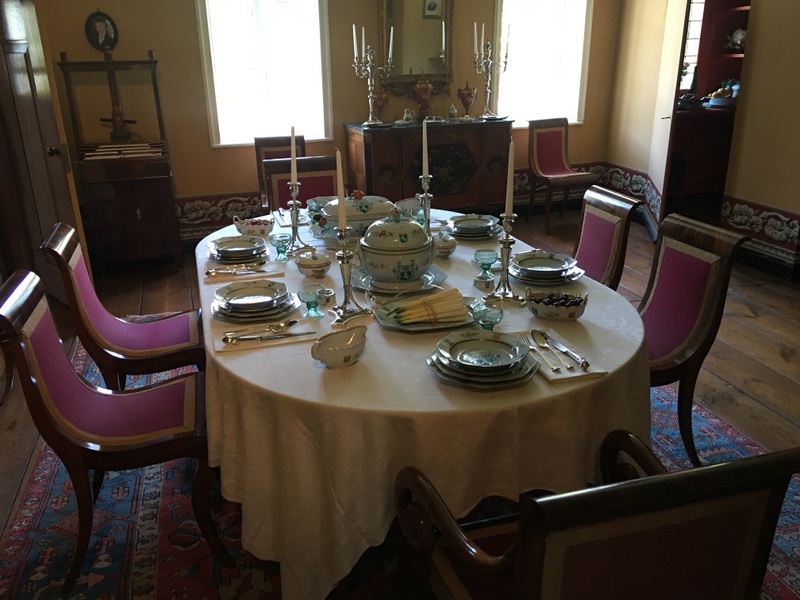 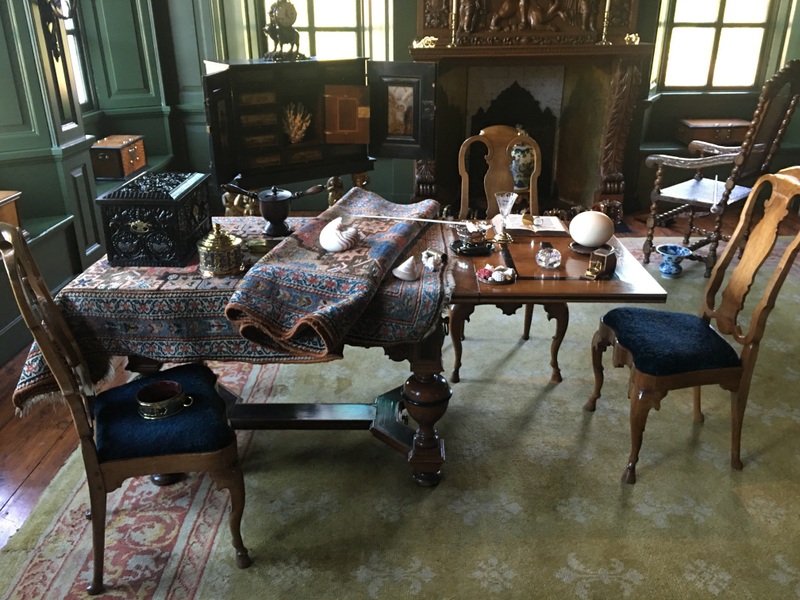 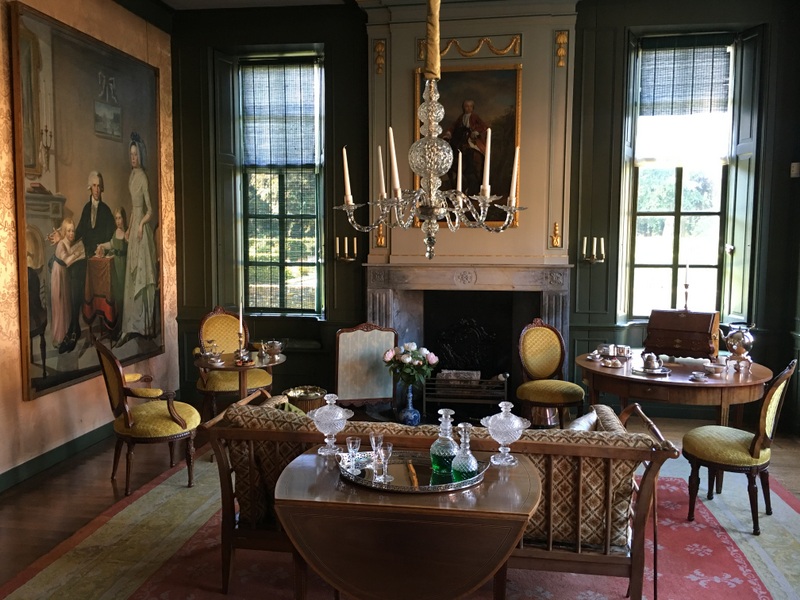 Only the ground floor and the basement are accessible to the public. The basement contains the kitchens and the servants quarters

There were two toilets, located outside the main building, flushing into the moat…:-). The lion is carrying the coat of arms of the family and the pedestal shows the year  that the Alberda family acquired the property and altered it. 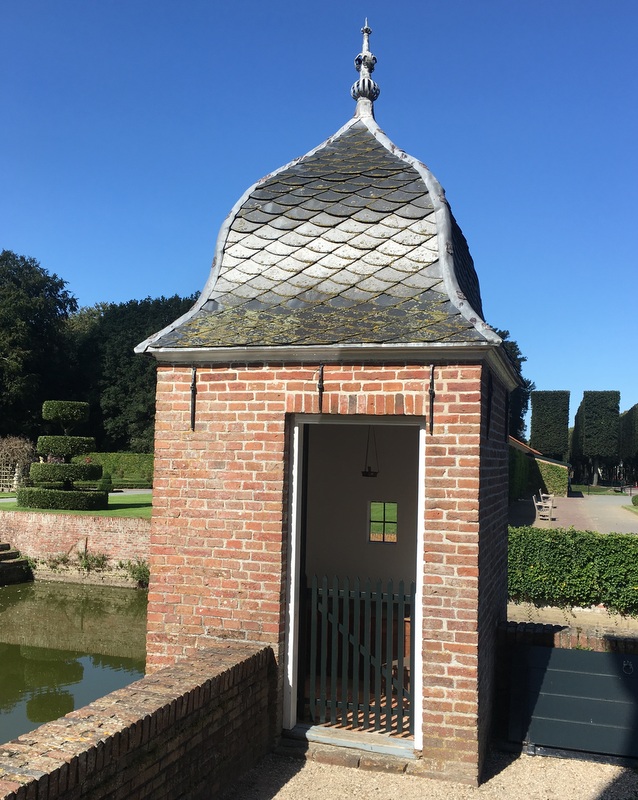 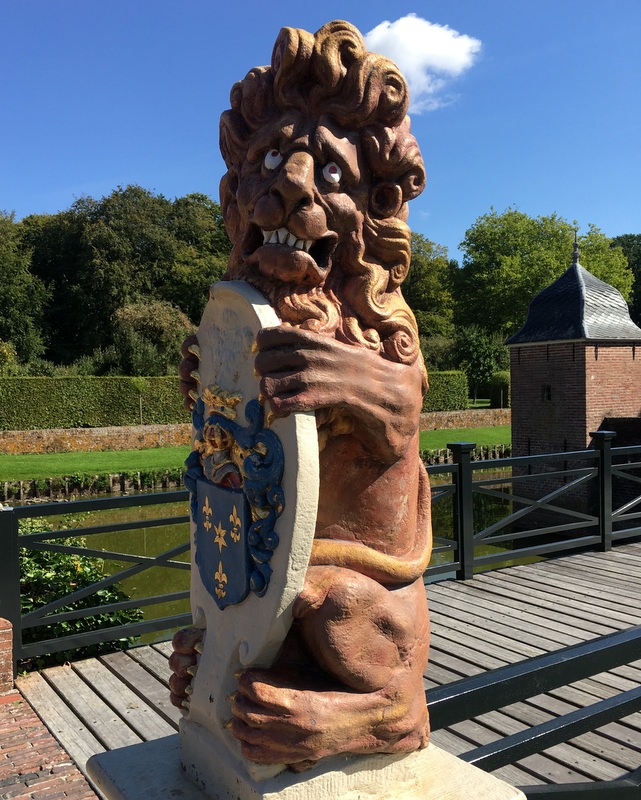 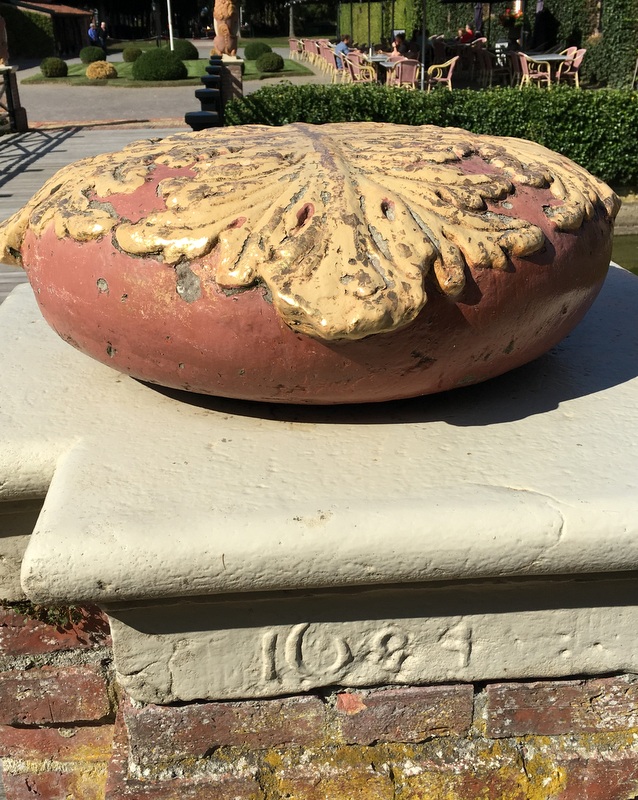 The Schathoes was originally the farm belonging to the Menkemaborg. Now it is a restaurant where we had our lunch. 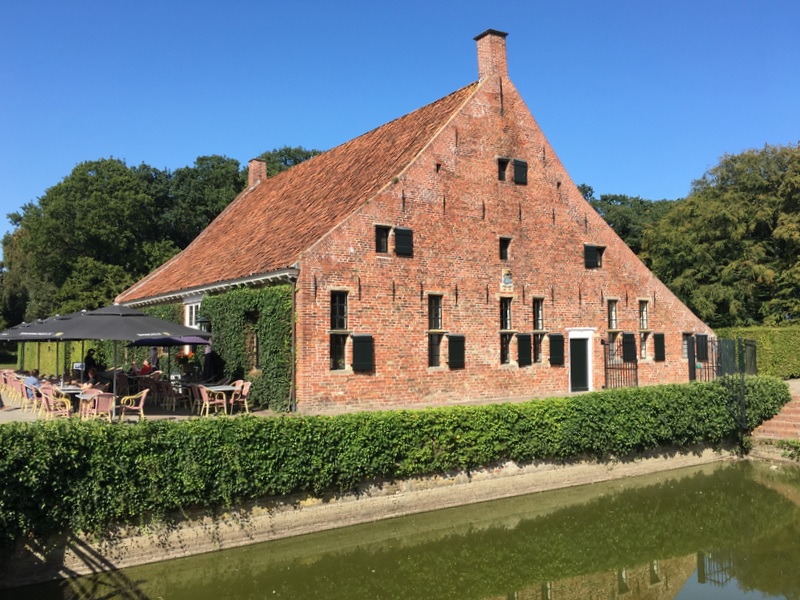 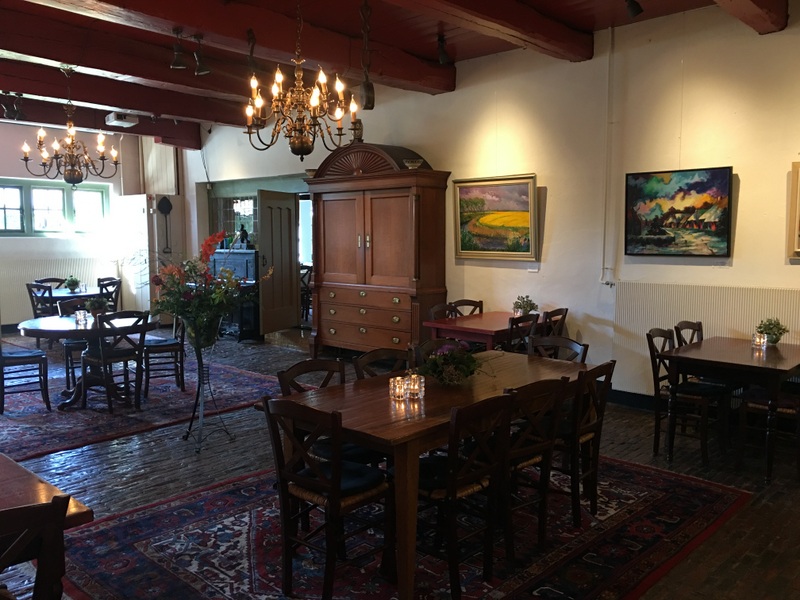 After our lunch we walked in the well-maintained gardens. There is a maze in this garden where we almost got lost…:-) 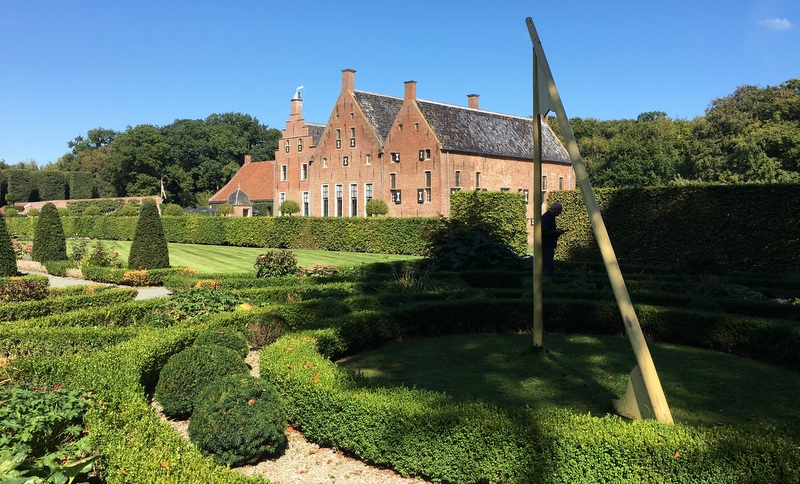 In Google Earth the Menkemaborg is clearly visible. When you enlarge tie image, you will notice the maze in the garden with an old plane tree in its center

My brother suggested to drive to the coast of the Waddenzee after our visit. On our way we passed another beautiful church, in Uithuizermeeden. The church is old, but in 1896 the church tower was destroyed by lightning and rebuilt the next year in this interesting neoclassical form. A real gem. 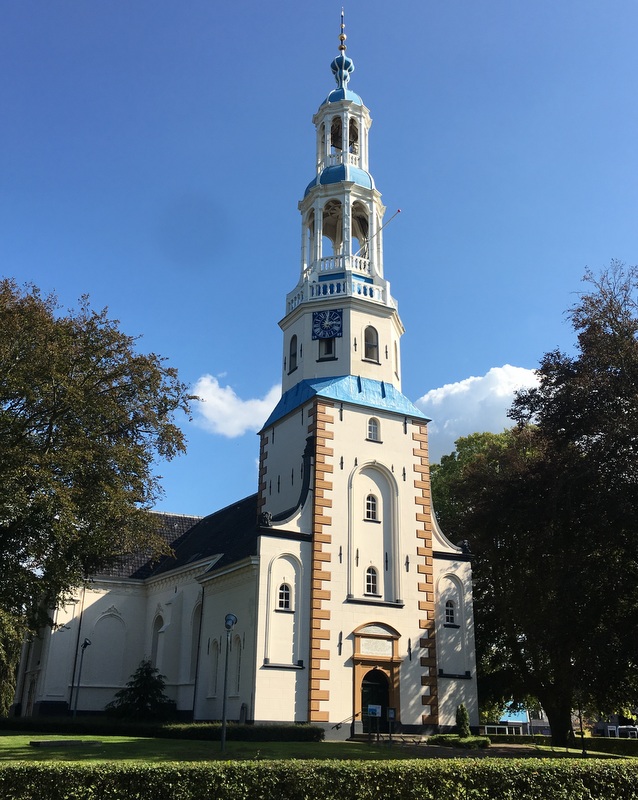 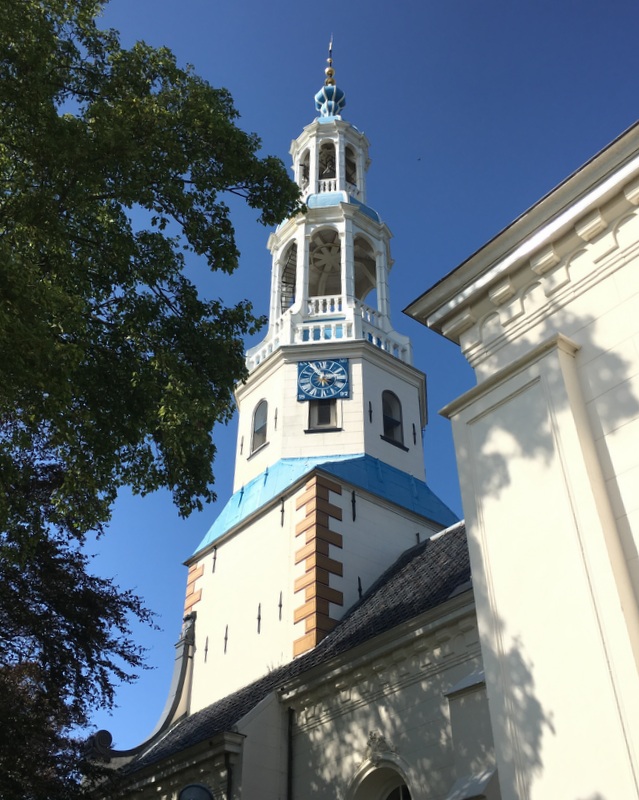 The Waddenzee is a Unesco World Heritage site and also a Ramsar site.

Dykes protect the low-lying lands against the seawater  At several places roads have to cross these dykes,  in these pictures you see the old wooden doors that can be closed 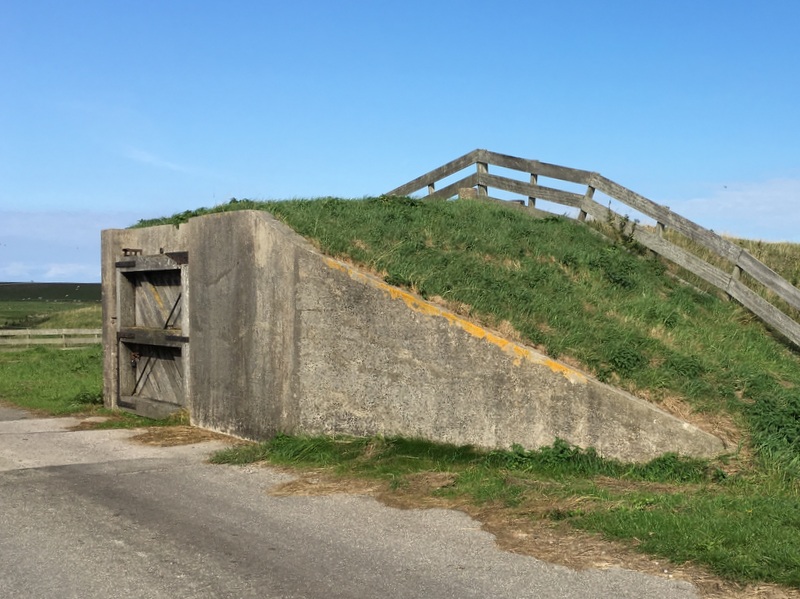 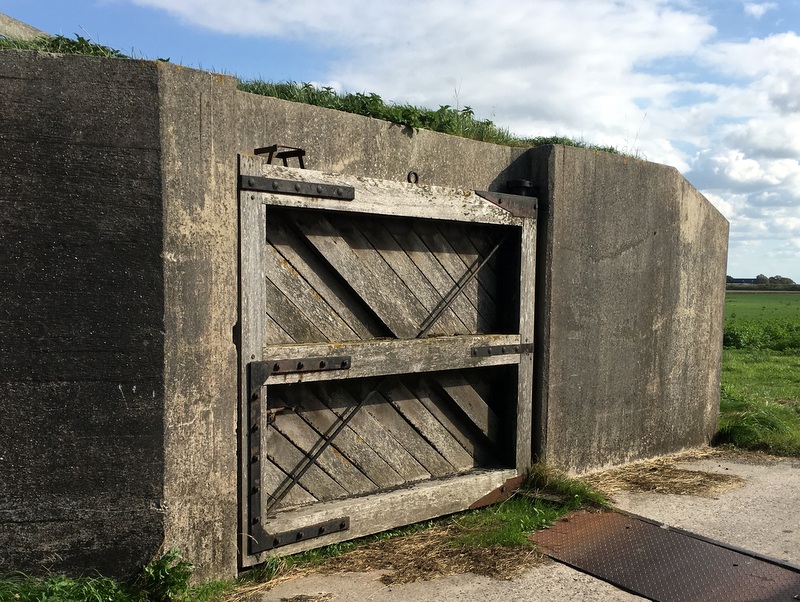 And of course you will find windmills in many places to pump the rainwater back to the sea. The windmill here is the Goliath , built in 1897. In the background many modern windmills which generate electricity. 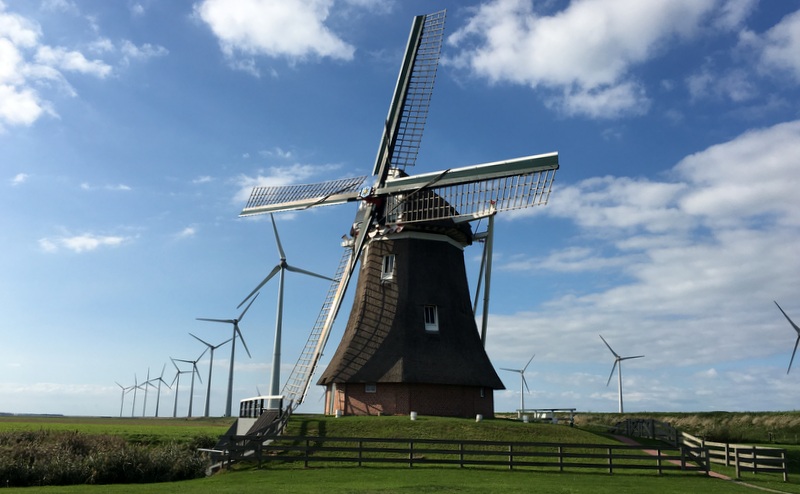 When we stopped at the mill to take pictures, the miller told us that we could enter the mill and climb up, using steep ladders. After our visit she would have coffee and cake ready! Of course we accepted her invitation…:-)

Please give a donation for the coffee

This  type of windmill is called a bovenkruier, the top part of the mill can be rotated when the direction of the wind is changing.

The miller had lots of interesting stories to tell about the Goliath and her efforts to preserve the mill and keep it in mint condition. We asked if the name Goliath was a pun, but no it was the original name.  It was a pun that one of the huge new windmills nearby had been named the David…:-) 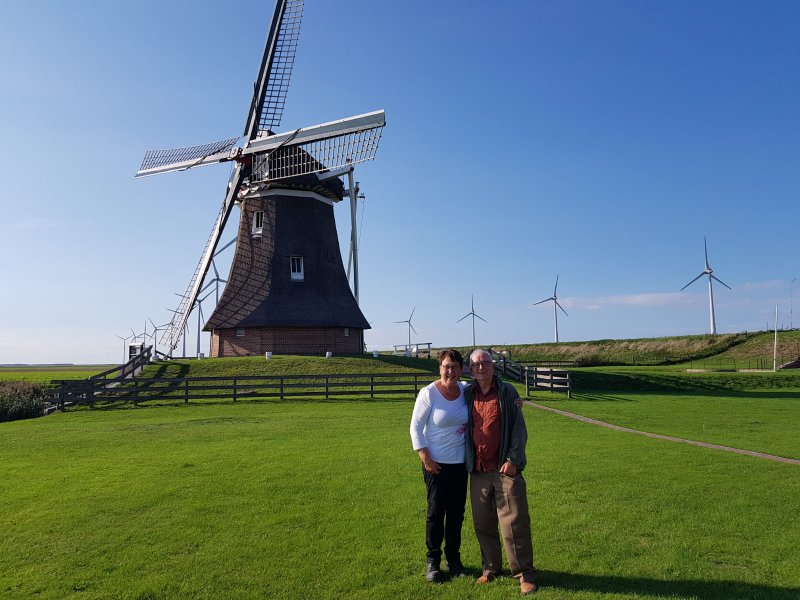 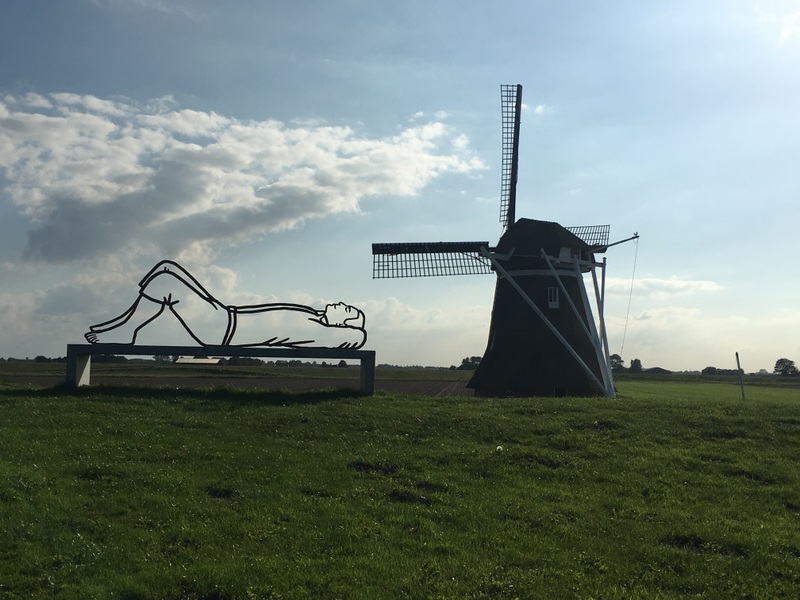 Personally I think the modern windmills are a form of horizon pollution, although in the picture below they fit quite naturally in the landscape. 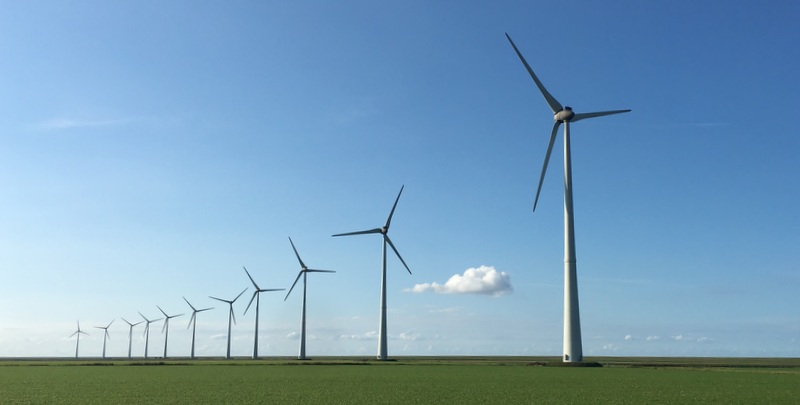 The northern part of Groningen has a special charm. Look at this Google Earth View

It was a very rewarding outing!