In 1741 Johann Sebastian Bach published a work for harpsichord, consisting of a theme and a set of 30 variations. Its modest title was Clavier Ubung (Keyboard Practice) and it may have had its first performance by an in those days famous harpsichord player, Johann Gottlieb Goldberg. It is now known as the Goldberg Variations and generally considered one of Bach’s masterpieces. 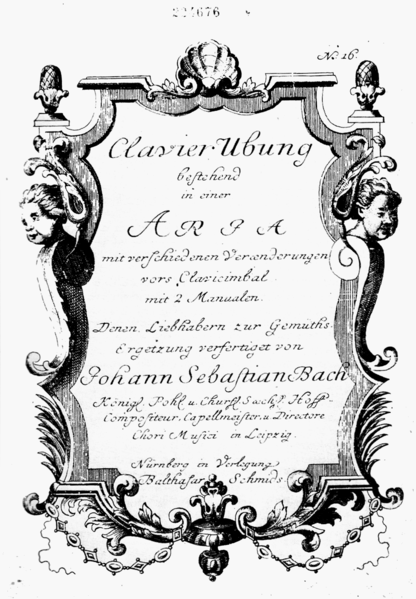 Of course Bach has composed numerous masterpieces, so it is no wonder that this one went more or less unnoticed for a long time, until in 1955 the young Canadian pianist Glenn Gould recorded it for Columbia. It became a huge success and established Gould’s reputation.

Not surprisingly, you will find numerous recordings of the Goldberg Variations on YouTube. More surprising is the Open Goldberg Variations, a Kickstarter project based on what is called crowd funding. Aim of the project is to make the musical score, together with a first-class performance, available to the general public. There is even an app now for the iPad, Open Goldberg, which gives you both the musical score and the recording in an interactive way.

Here is the app on my iPad, showing the theme of the Variations. A colored bar follows the score, karaoke style, while it is played. 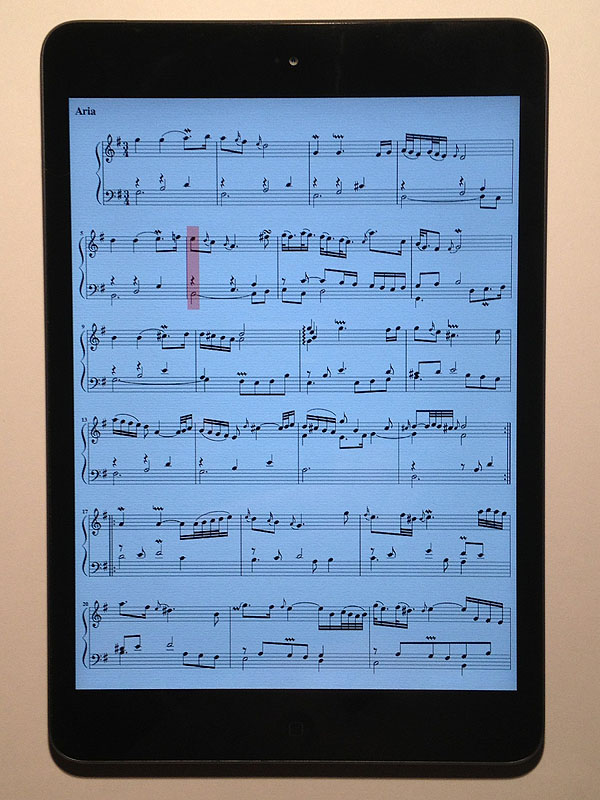 She has recorded the complete Goldberg Variations for the above-mentioned project.

Here are a few of the YouTube recordings with some comments.

As Bach wrote this work originally for harpsichord, it is appropriate to start with this instrument, although it is not my personal favourite.
However, Gustav Leonhardt, a Dutch harpsichordist (1928-2012), plays it beautifully. In this YouTube, he plays variation 25

Many recordings for piano can be found on YouTube, for example by Murray Perahia and Andras Schiff , just to mention a few. And of course Glenn Gould (his 1955 recording)

Gould made another recording in 1981, one year before his (premature) death. This time not only sound but also video. Fascinating to see him play! And hear his humming, because that is Gould’s trademark. Some people hate it, others do not mind.

Some of the variations have been written by Bach for a harpsichord with two manuals (keyboards), where left and right hand can each use one keyboard. Not easy to play on a piano with only one keyboard. Watch the YouTube to see how Gould plays it. Fascinating!

You can find on YouTube also versions for other instruments. I found one for organ and a guitar version (theme and 1st variation). The most exotic one is the version for saxophone and contrabass , performed by the Japanese group of Yasuaki Shimizu . Five saxophones and four contrabass, you must see it to believe it. But still very much Bach!

Last but absolutely not least there is this beautiful transcription for string orchestra by Dmitry Sitkovetsky This Russian-born violinist and conductor also created a version for string trio, here recorded by (again) Japanese musicians…:-)

This post could also have been called Variations of Goldberg 🙂

1 thought on “The Goldberg Variations”