Recently I have visited my friend Joe Yap in Sabah. We had a nice time, full of activities. Here is a detailed report: Sabah November 2013

One highlight was the Labuk Bay Proboscis Monkey Sanctuary, located about 50 km from Sandakan. 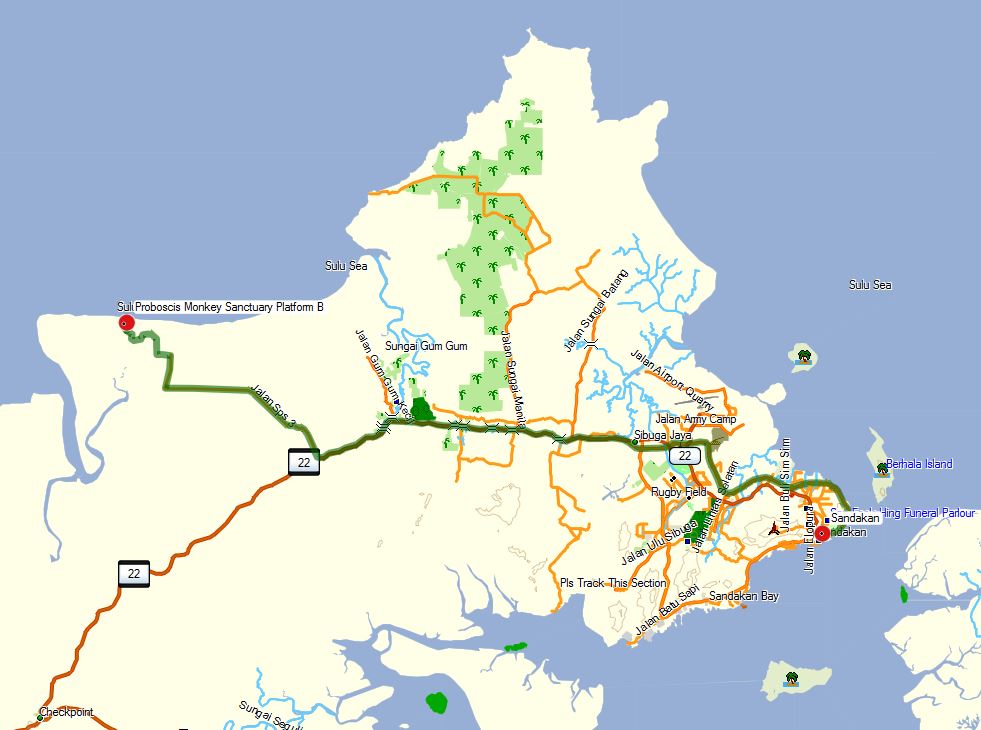 Near Sandakan there is also the better-known Sepilok Orang Utan Sanctuary, but I preferred to see the Proboscis Monkeys. Why? Because these splendid animals with their characteristic big noses and their potbellies are called in Malay: Orang Belanda, which means Dutch Man ! Not really a compliment for me and my compatriots… haha. Are our noses really that big? And our bellies that pot?

Here is a Dutch Man in all his glory. 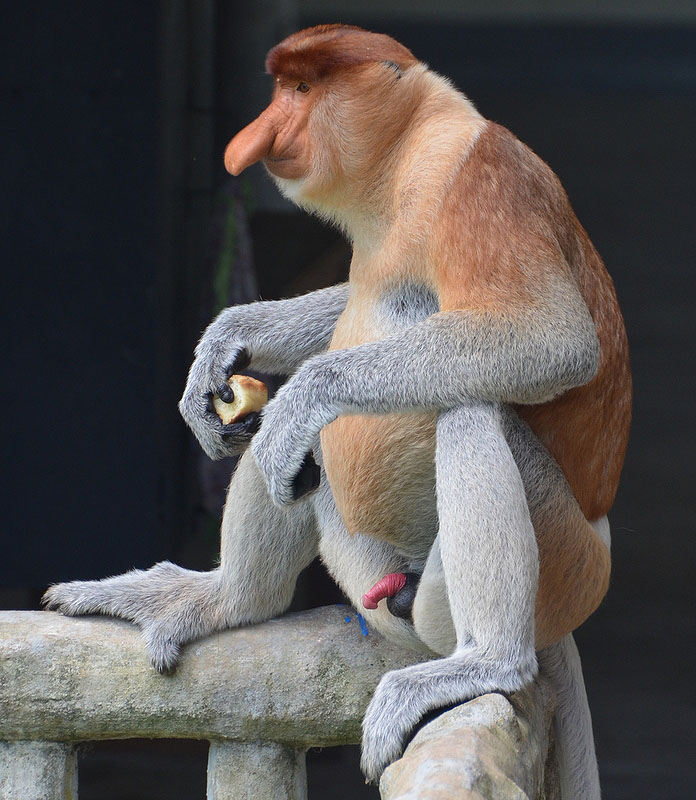 And here is a Dutch Lady with her child. She has a pot belly too, but her nose is smaller. 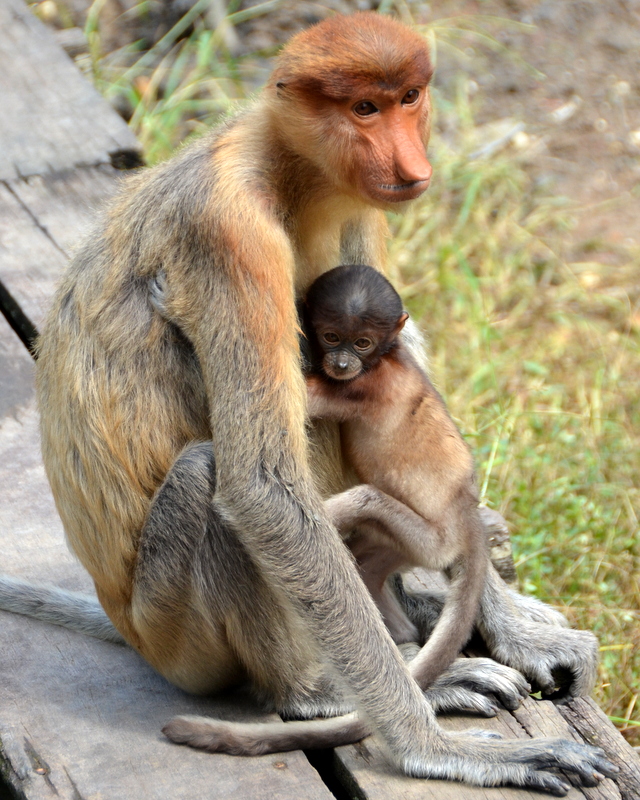 The Proboscis Monkey is endemic to Borneo and considered an Endangered Species. Years ago I had seen them in Bako N.P in Sarawak, but only from a distance. Here they are used to humans and come close, especially during feeding times.

During our visit there were two (adult) males, each with his harem. Several of the females had children. These monkeys are really a photographers delight! Here is a collection of pictures.

Man with his wives

What is my man doing there?

A penny for your thoughts!

Another mother with baby

Walking back to the jungle

Besides the Proboscis Monkeys, there are also Silvered Leaf Monkeys. In Peninsular Malaysia you can find many of them in Kuala Selangor. Beautiful animals. 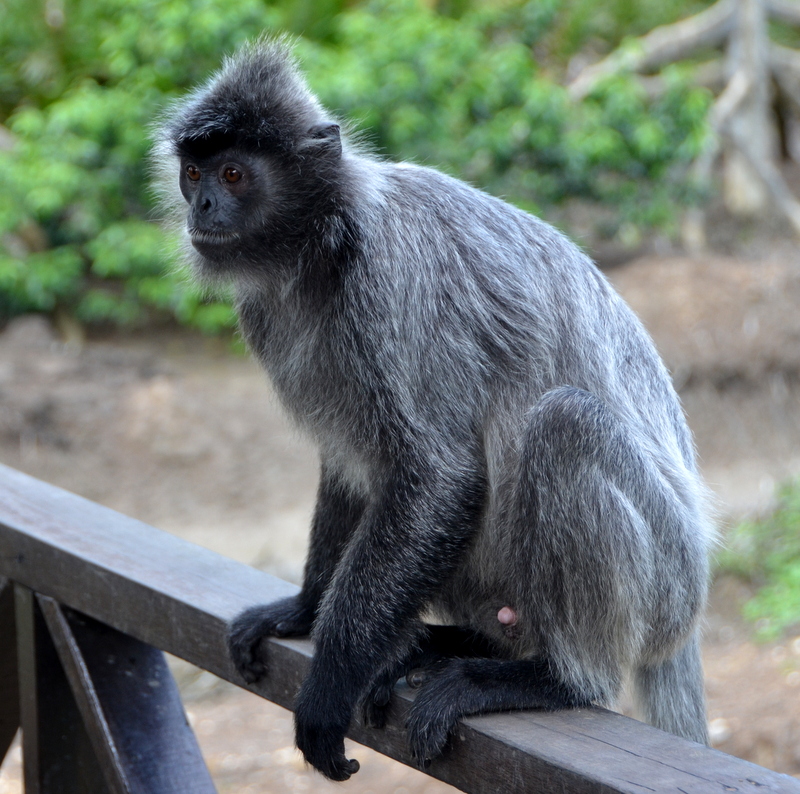 Here also a few more pictures. They have long beans for lunch

There are also a few hornbills (Oriental Pied) 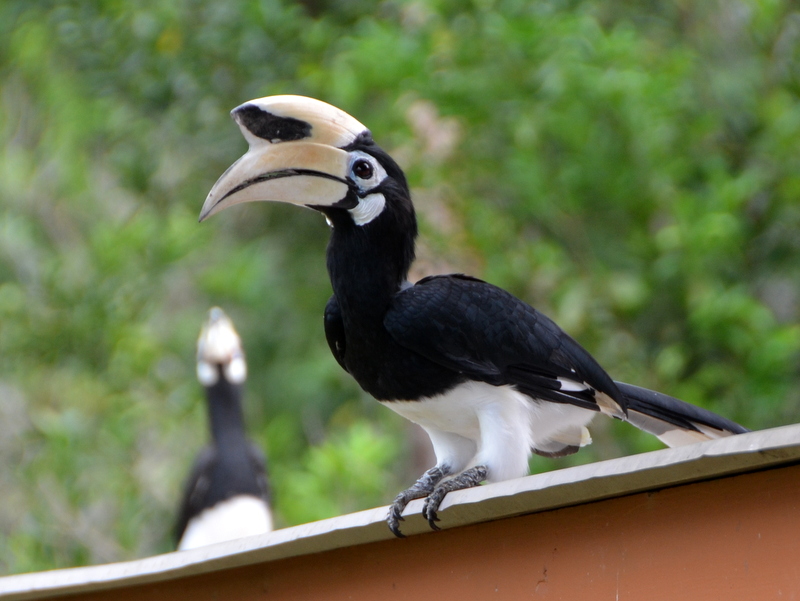 We enjoyed our visit tremendously, although I can understand that not everybody is happy with this project. The sanctuary is a small strip of mangrove forest and belongs to a oil palm plantation, as can be seen clearly on Google Earth. 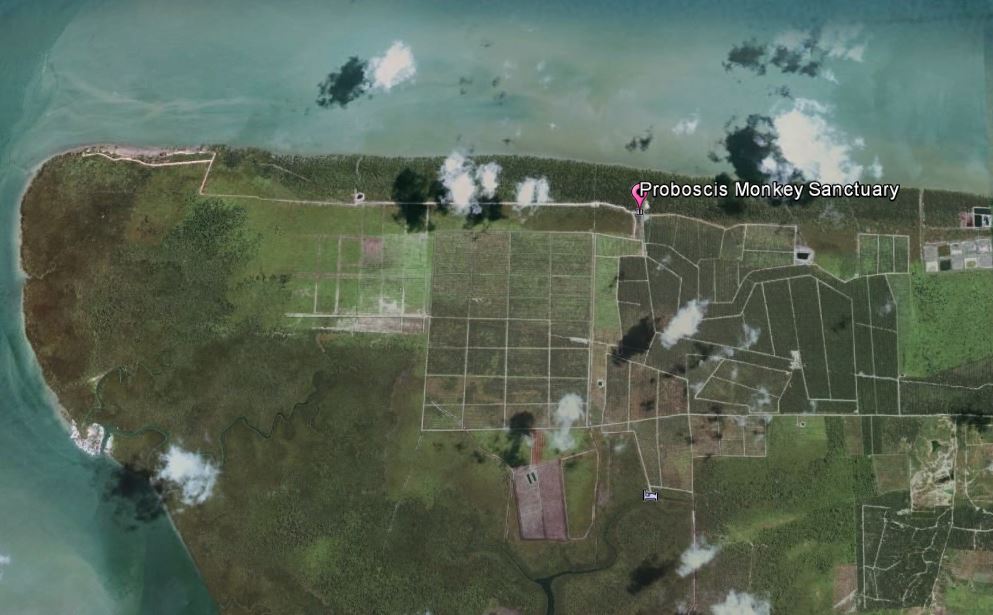 A very small strip, hardly a sustainable habitat for a (fairly large) group of monkeys. They depend for their food on the Sanctuary and are almost domesticated. Exploited, say the critics. Very different from the Sepilok approach where the Orang Utans are taught to live independently of humans. Here are Tripadvisor comments, varying between “terrible” (21) and “excellent”(178).

My advice: visit the Sanctuary and judge for yourself 🙂