In a recent post, Down Memory Lane , I have written about my mountaineering past. In those days I went during the summer holidays with my friends to Austria. To get additional training we also visited several times, during weekends, a rock climbing site in Germany, the limestone hills of the Kanstein . Here are a few pictures. The two pictures to the left show me (yes, this slender young man is me, lol) climbing a route up the Sudostlicher Buchensluchtfelsen and in the picture to the right I am abseiling from the Liebesnadel (the Love Needle, guess why it was named that way!) 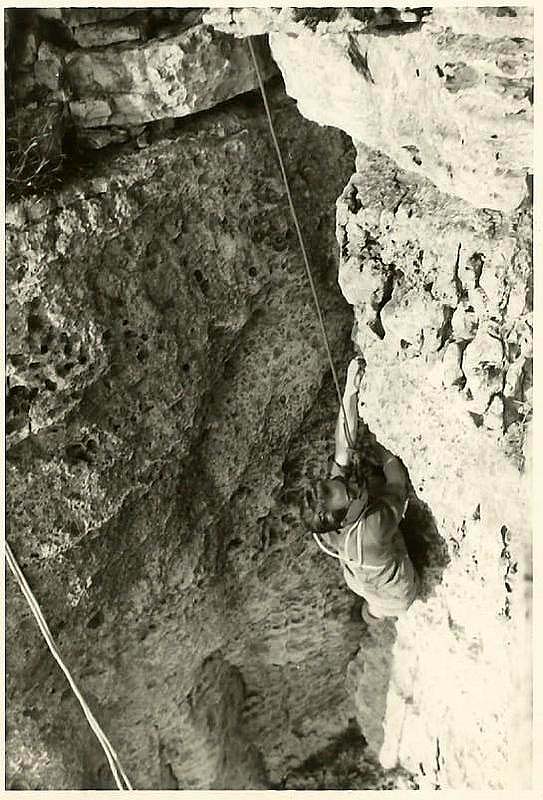 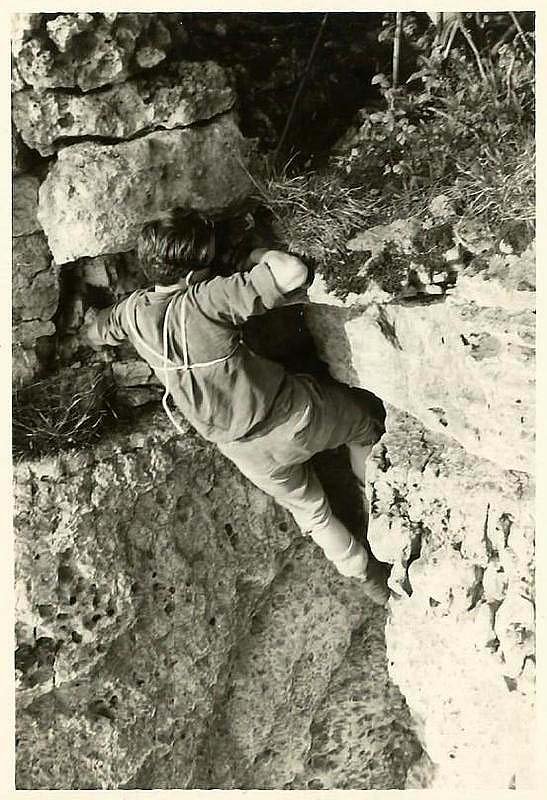 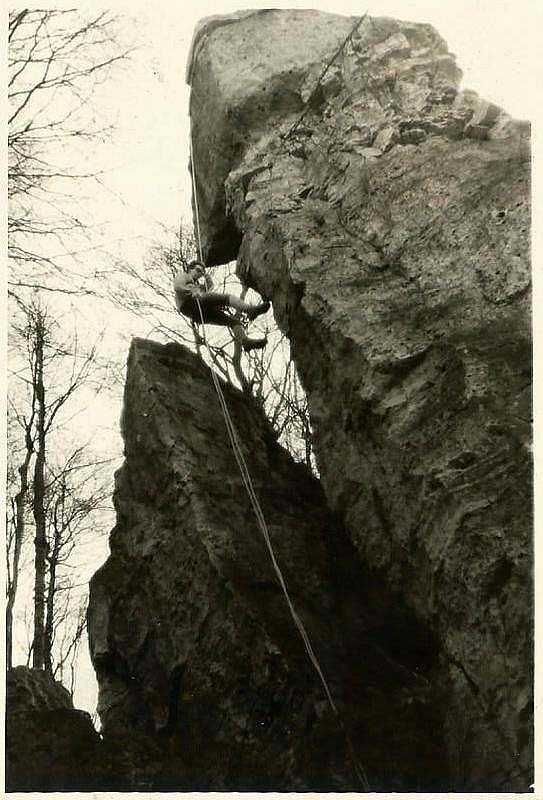 And here I am climbing the Vogelbeerfels. If you look carefully, you can see that I am secured by a rope, after all I was a beginner. But the rappelling was unsecured, if you would loose your grip, you would just fall down…:-)

That was fifty years ago.

Last week, one day after my seventieth birthday, I went rock climbing again. My friend Chadel had invited a few friends for a climbing practice day at Bukit Takun, a rock climbing site near Templer’s park. After a thorough instruction we would climb up the steep rock face, and then rappel 30 meter down.  It was especially the rappelling that attracted me…:-)

Bukit Takun is a conspicuous rocky hill. To reach the rock face, a steep climb was needed. In the right picture Chadel is pointing out the route we were going to follow. An almost vertical wall, rather overwhelming..:-) 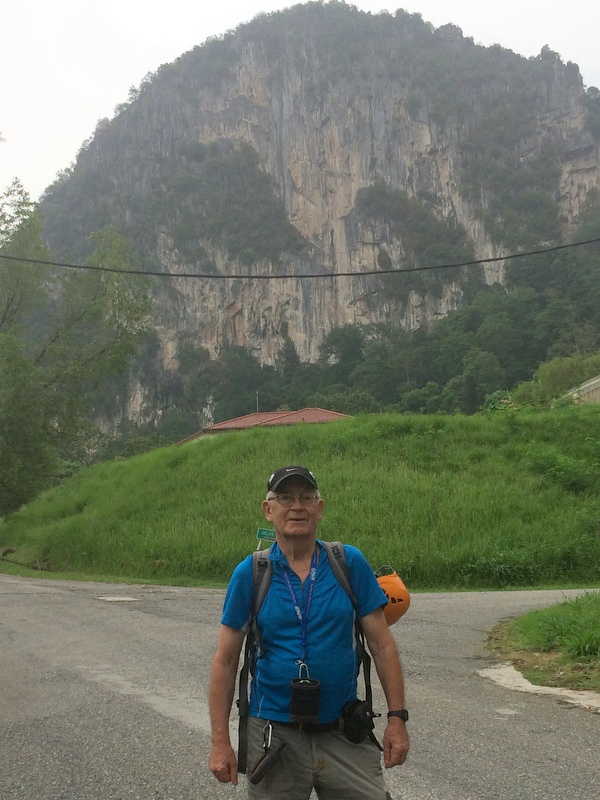 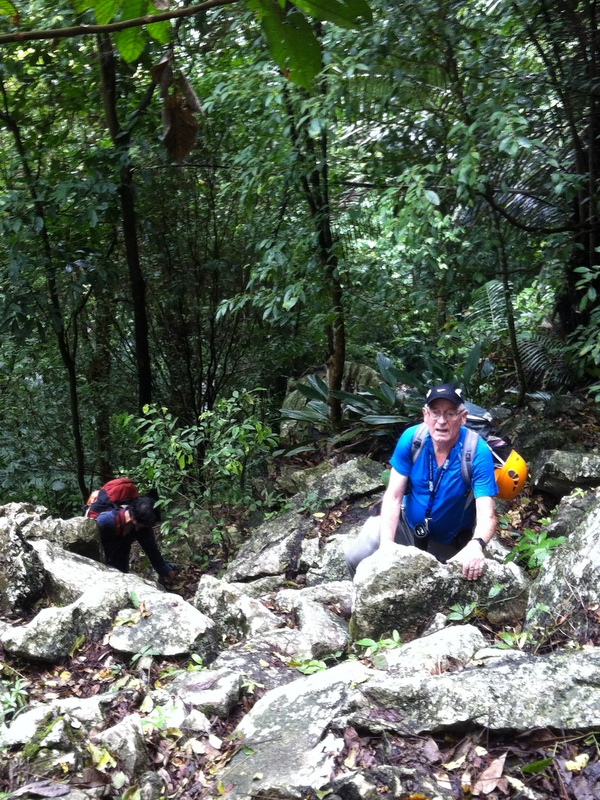 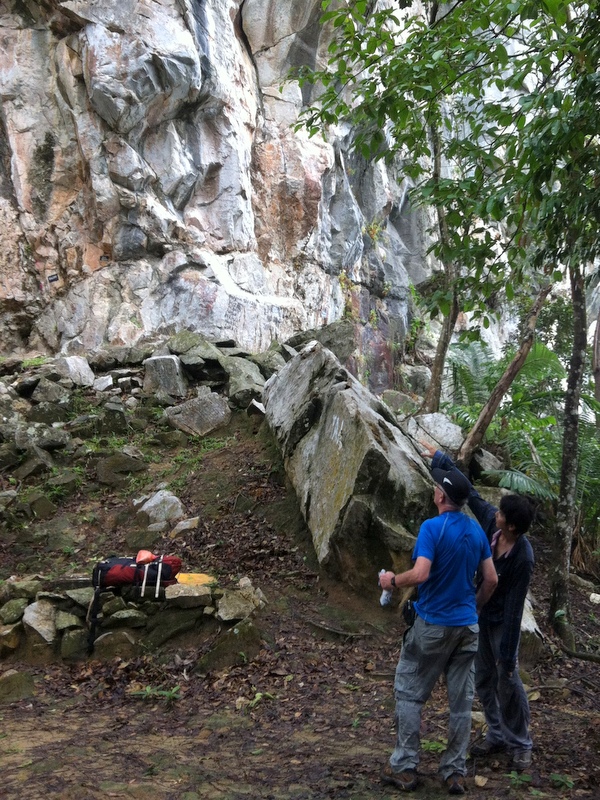 We would start at the lower yellow cross, first climb halfway, then up through a so-called chimney (second cross). Finally abseiling down from the red cross.Click the pictures to enlarge them 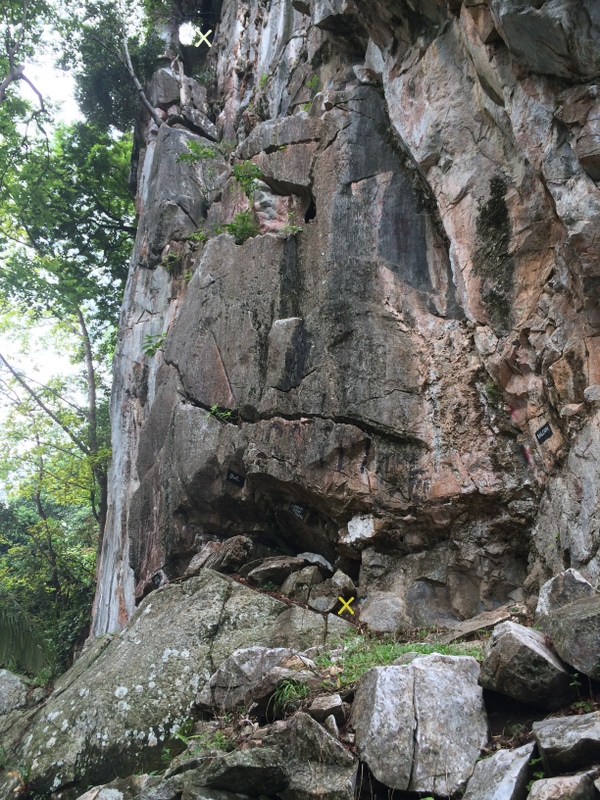 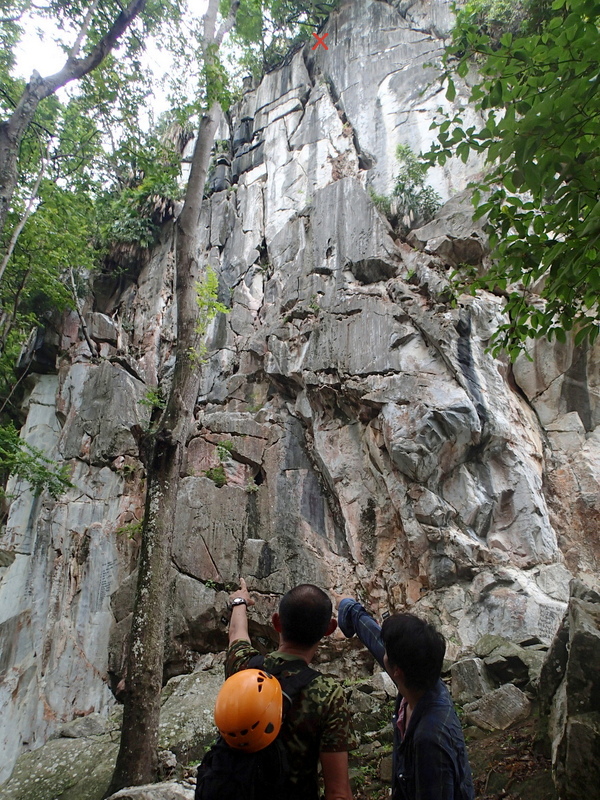 First Chadel explained rope handling, some useful knots and how to secure (belay) a fellow-climber. He is an experienced guide and has brought numerous clients to this hill.

Chadel went up first. In the left picture he has almost reached the ledge, where he will prepare the safety anchor for Edwin and me. In the middle picture it’s me on the ledge and in the third one Edwin. To be honest, I found it not easy and almost gave up, but thanks to Chadel’s pep talk I made it..:-). Click on the picture to enlarge it, so you can see how Edwin is belaying me. 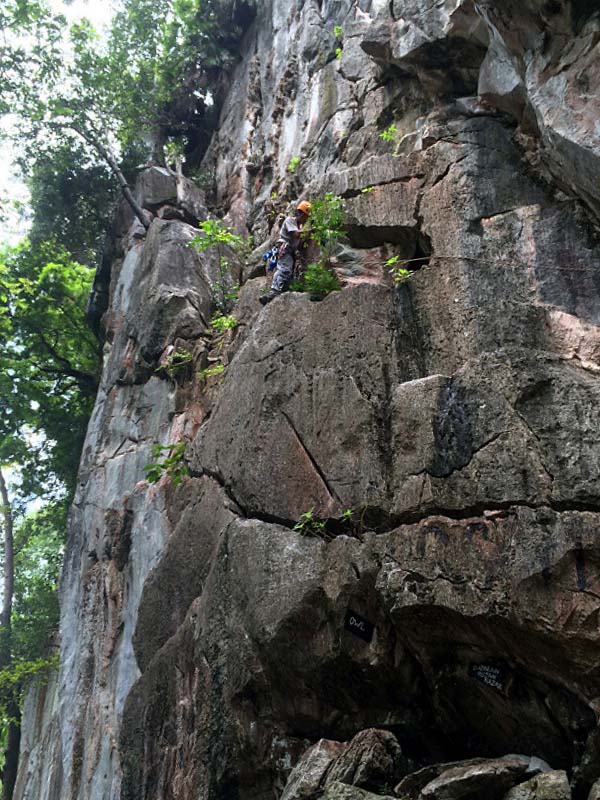 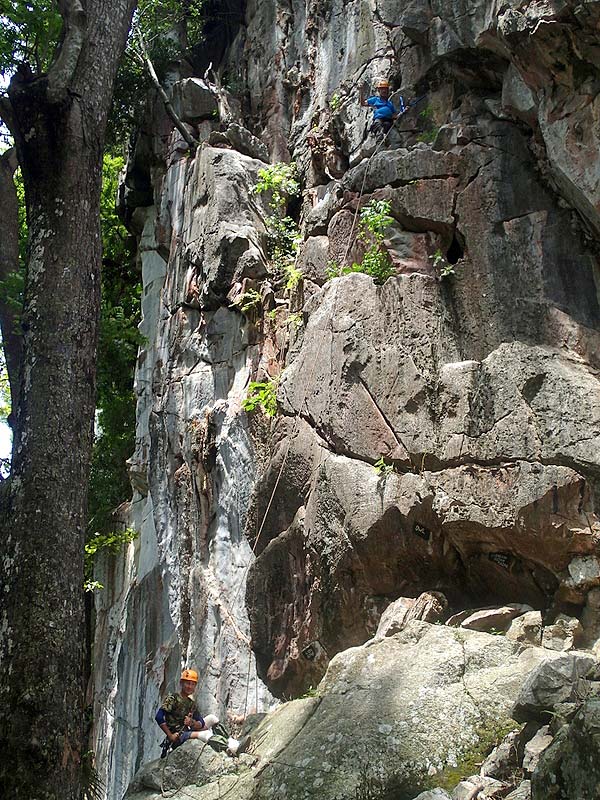 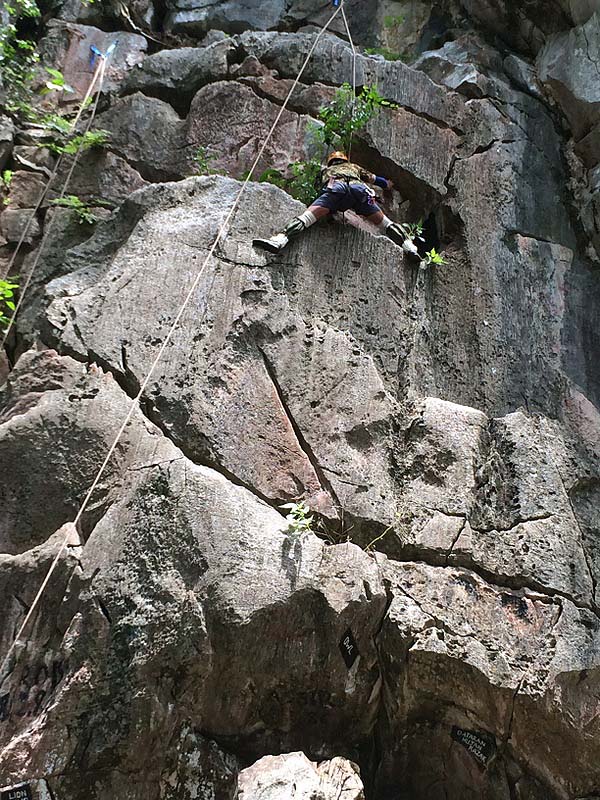 From the ledge Chadel lowered us down to the base, where we took a rest and had our lunch. Because this was just a practice climb..:-).

The second half (pitch) of our climb was easier but had a “chimney” as a bottleneck. In a chimney you have to use a different climbing technique and here it helped that I had some experience from my mountaineering past.

Waiting for Chadel to prepare the second pitch

Ready for the chimney

After this second pitch it was an easy scramble up to where we were going to rappel thirty meter down to our starting point. Not taking any risk, Chadel prepared an extra safety rope, in case we would loose our grip on the abseiling rope. The abseiling technique is very different from what I have been doing fifty years ago, Mark the tiny red gadget, that does the trick.

Edwin on his way down

I think from my face it is easy to see how happy I was.

I also took a few videos. Here Chadel is starting the climb, belayed by Edwin.

And here Edwin is abseiling down. Can you hear the funny buzzing sound? There were a lot of annoying sweat flies..:-)

Thanks for a wonderful trip, Chadel!