On 8-7-2012 I visited with my friend Rani a “new” waterfall in the Ulu Langat region. This waterfall is located in a gorge with steep walls and can only be reached by swimming! 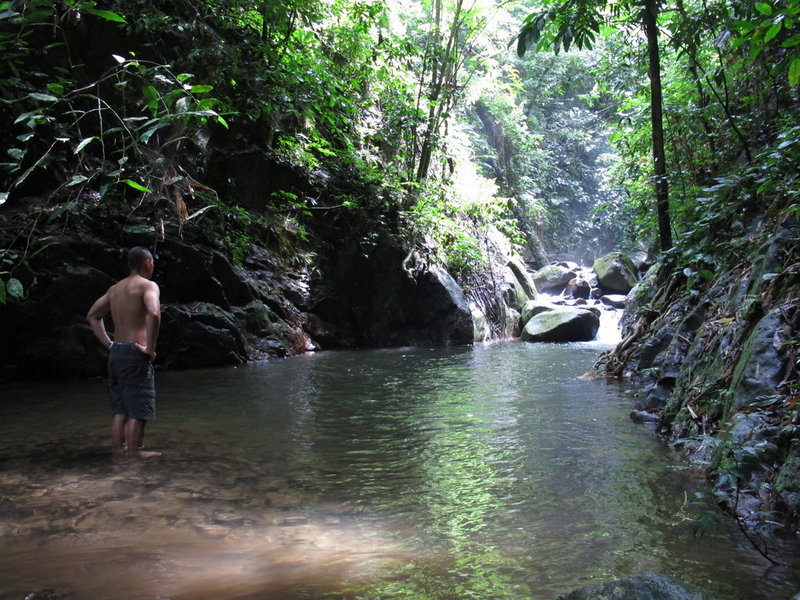 The waterfall is around the corner. When we had arrived there and took some rest, I was hit by a piece of rock,falling down from the steep cliff.

The wound was bleeding heavily, luckily I remained conscious. Of course we went back immediately, first a swim(!) and then a two hour walk to the village where in a clinic I got a total of 15 stitches.

Click here for a detailed report. Later in the hospital it was found after a C-T scan that I had a hairline fracture in my skull. It would heal itself, but I should keep quiet for a while. And I did, although I wanted absolutely to go back to this waterfall. For closure/redemption…:-)

But first, after my recovery, I went to Terengganu with Paul and Rahim for a camping trip to waterfalls. All went well, here is the report. And in September I visited, again with Rani, two “new” waterfalls in the Bentong region. This time another mishap occurred, I was stung by a bee, and I have become allergic to bee stings! I wrote about this incident in an  earlier blog post.

Still I wanted to go back to the waterfall where I was hit! So I asked Rani if he would join me and he said, yes. I would have understood if he had declined the invitation, after all on our last two trips he had to think about an emergency procedure to get me out of the jungle, just in case…

To be honest, I did not sleep well, the night before the trip. I was not worried about another rock hitting me, but I am quite afraid now of bees and wasps!

But this time all went well. We visited the waterfall and the spot where I was hit. 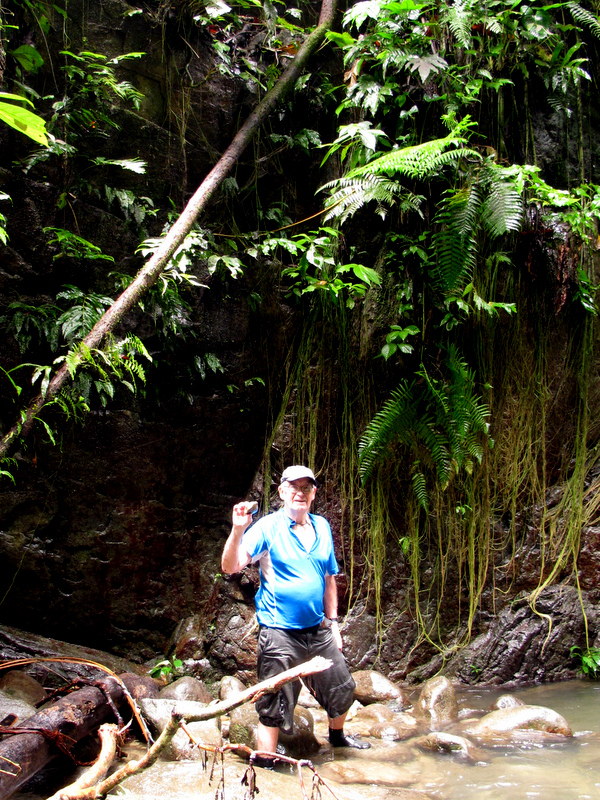 Here I am standing at the location where I was hit. Symbolically I have a piece of rock in my hand, similar to the one that struck me.

Of course I looked up quite a few times, just to make sure, that nothing was coming down..:-)

You will also notice that I have been swimming with all my clothes on. That is one precaution I will take always, from now on, to reduce the risk of an encounter with a wasp.

During this visit actually I saw none.

I felt very relieved after this trip. And many thanks to Rani for his trust in me!

Here is the detailed report