A few months ago Aric asked me if I was interested to join him and a few of his friends on a hike, called Kemensah Krazy. 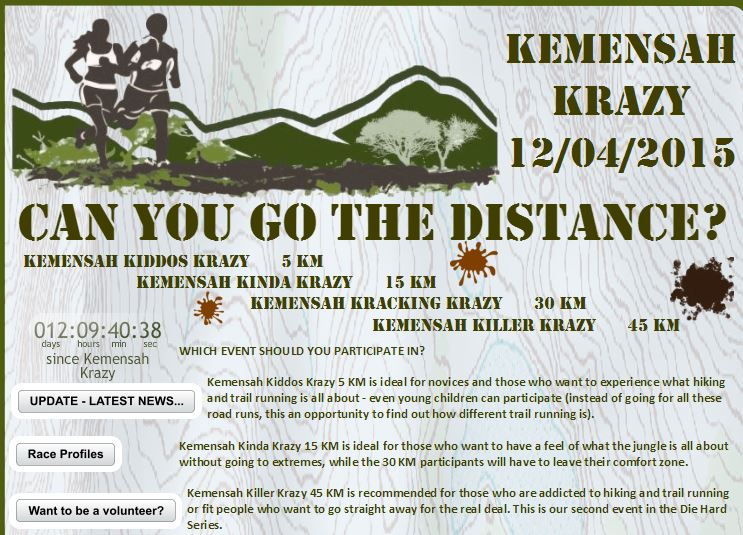 They were thinking about the Kemensah Kinda Krazy, 15 km, “ideal for those who want to have a feel of what the jungle is all about without going to extremes”

Could I go the distance…:-)  Hm, I was pretty sure I could, with my almost daily morning exercise in Bukit Kiara. So I registered for the 15 km hike. Checking more carefully what to expect, I found on the website this profile of the 15 km hike. It made me slightly nervous…:-)  Distance no problem, but up and down all the time, total ascent (and descent) 850 meter

The start was at 9 am, but we had to be there at 7:30 am to collect the race card and a BIB number, which you have to fix on your shirt. The race card will be punched at the various checkpoints and the BIB number contains a tag that will record your start and finish  time. Here is my BIB  number. With my nickname Kwai Loh..:-) 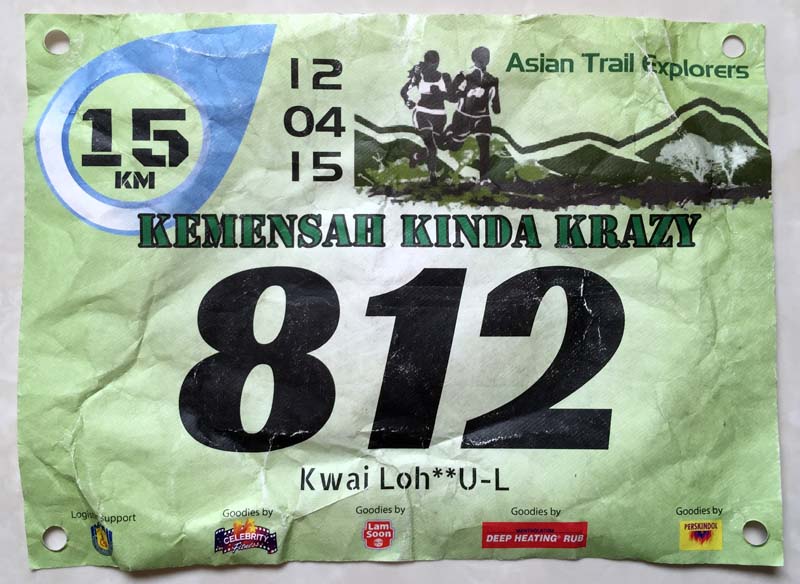 The whole event was organised very well. Free shuttle buses took us from the car park to the start. There breakfast was provided and you could leave a bag with a fresh set of clothes at a counter. For our hike there were six checkpoints, with free water and fruits.

Arriving at the venue

For the 15 km hike there were about 200 participants, just after the start there was a big crowd, slowly moving forward. The organisers had done their best to create an attractive circuit. Sometimes wide logging roads, but also narrow jungle trails and a few steep slopes. Those slopes formed real bottlenecks, at one place we had to wait for about 45 minutes, in the hot sun. We had decided to walk at our own pace, Aric and his friends were faster than me, and often I walked alone, which I did not mind at all…:-)

Waiting for the signal

There we go. Slowly

The crowd is thinning

We needed lots of water

Caused by this slope

It was a tough hike, much more strenuous that I had expected. There were a few moments that I thought about giving up. Actually there were quite a few participants who did, halfway. And almost everybody was huffing and puffing. I may have been the oldest participant and one Indian couple asked about my age. When I said I was almost 71, they replied: Wow, we are half your age. That you can do it, gives us strength to continue.  Really nice to hear.

The last (very steep!) part of the hike could be skipped without missing a checkpoint. Aric was waiting for me around there, to tell me that…:-) Sweet. But I decided to struggle on.

Proud with my medal

When I shared the finish picture with my siblings in Holland, my youngest brother commented : “Everybody else went home already?”  LOL. But his next comment was that he complimented me…:-). Actually it was true that I was one of the last finishers…:-)  It took me more than 6 hours to hike this 15 km.

Here is the official result. A few participants finished after me. Aric (Cheah Yoke Seng) finished late too , but that was because he had been waiting for me! Later he told me that he and his two friends also had moments where they considered giving up! 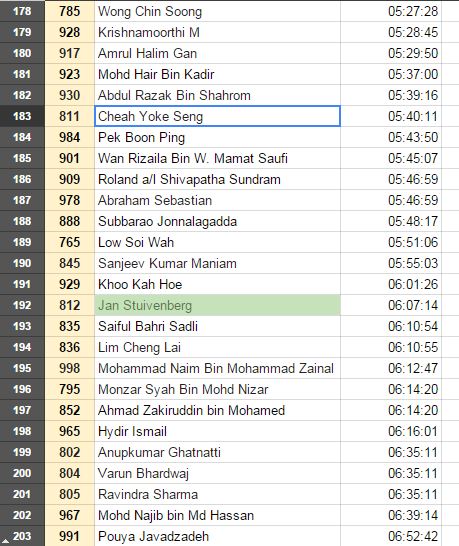 Here are my certificate and my medal. 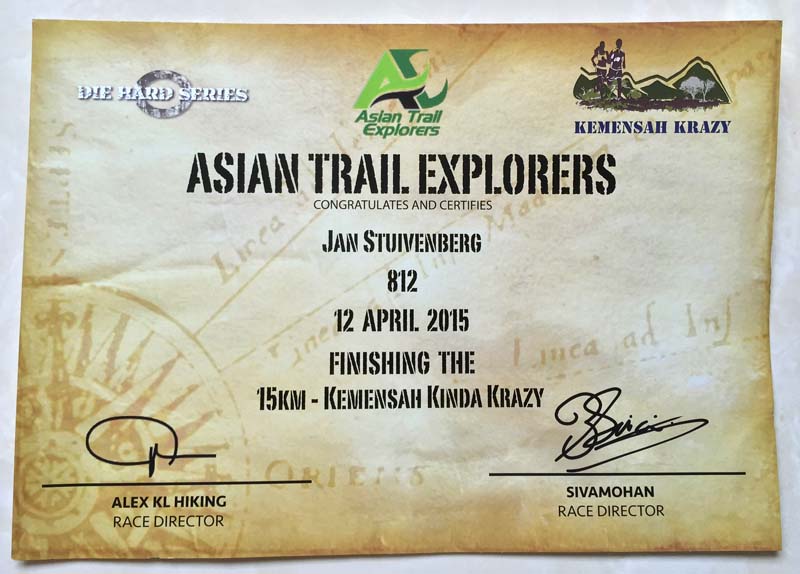 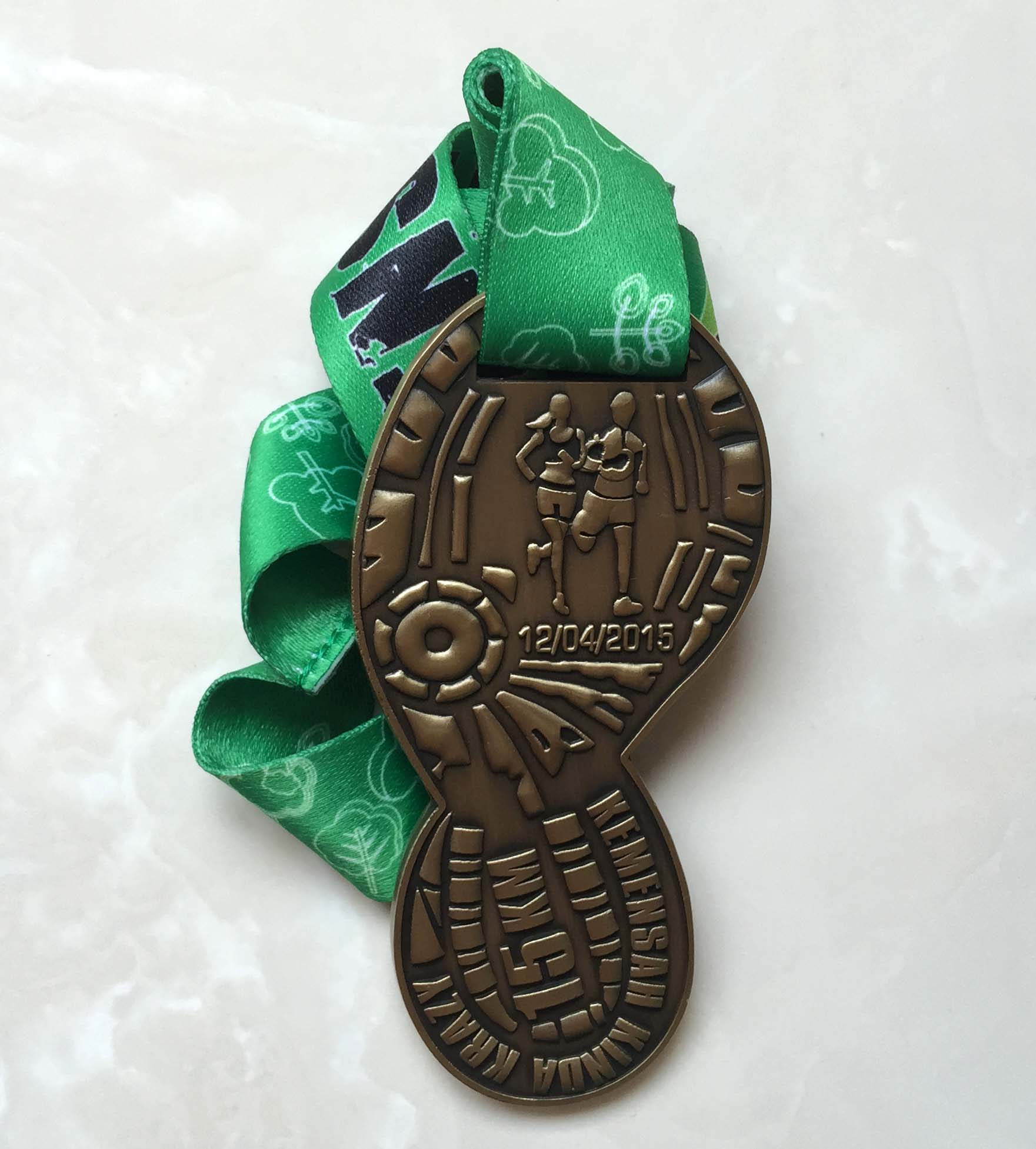 And here is a Google Earth map of the circuit. There were three loops, green, red and finally blue. The red one was quite strenuous. Will I (we) do it again. No lah.  But it was a good experience 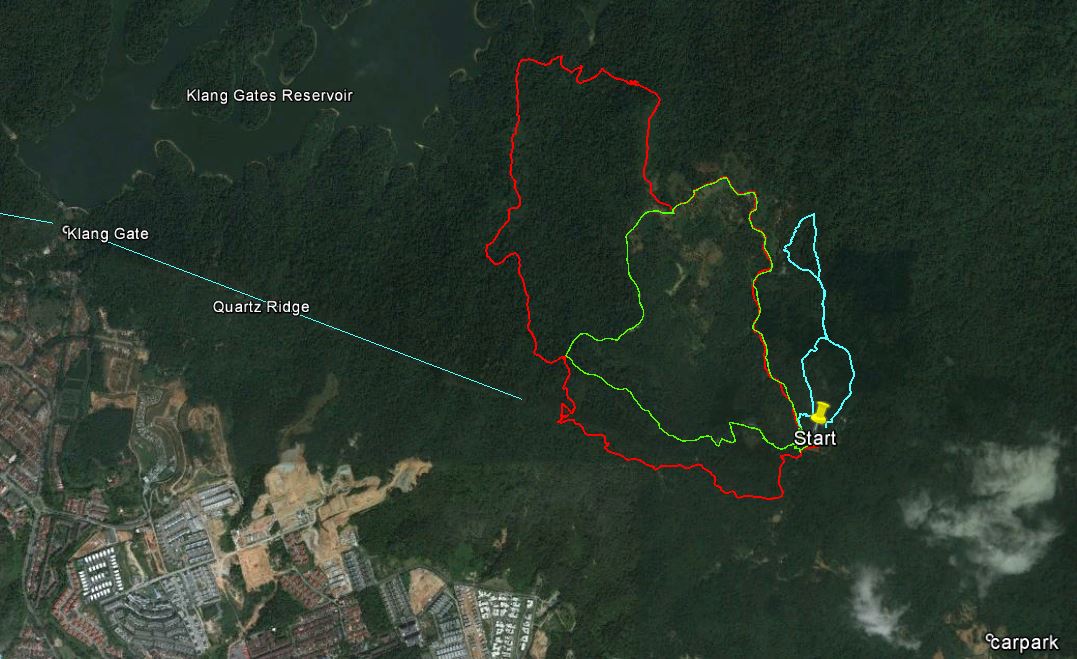 And of course I had to show off with my well-earned T-shirt. Here in IKEA. You may note that my tummy is still there…:-( 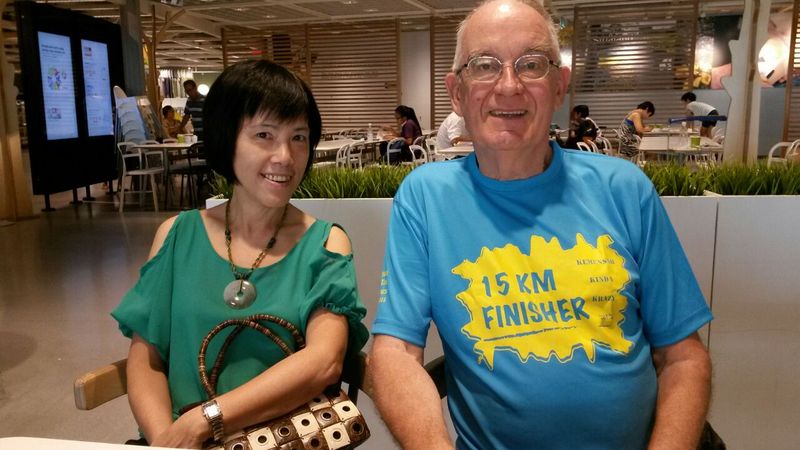