The International Chopin Piano Competition is one of the oldest and most prestigious music competitions in the world. Held every five years in Warsaw, it is exclusively devoted to Chopin’s works for piano. The first competition was held in 1927 and last week was the final of the 17th one.

More than 450 applications were received, from which 160 pianists were selected to play in the preliminary rounds in April. The jury admitted 77 pianists to the main competition, which consisted of three rounds, followed by the final.

The whole event has been documented brilliantly on the website Chopin Competition 2015  The concerts have been uploaded almost immediately to YouTube, here is the complete list of all concerts , 28 videos, totaling more than 100 hours of recordings!

Many of the participants are really young. And surprisingly(?) many of them are of Asian descent. There are 13 participants from China, 12 from Japan, 8 from South Korea and a few from the United States and Canada who have their origins in Asia. Here are the five who made it to the final round.

Here they are again. From left to right  in the foreground Aimi, Kate, Eric and Yike with Seong Jin in the background between Eric and Yike. Seong Jin got the 1st prize, Kate the 3rd, Eric the 4th, Yike the 5th, while Aimi got a honorable mention. Yike is the youngest prizewinner ever at a Chopin competition (minimum age to participate is actually 17, which he will be only in December) 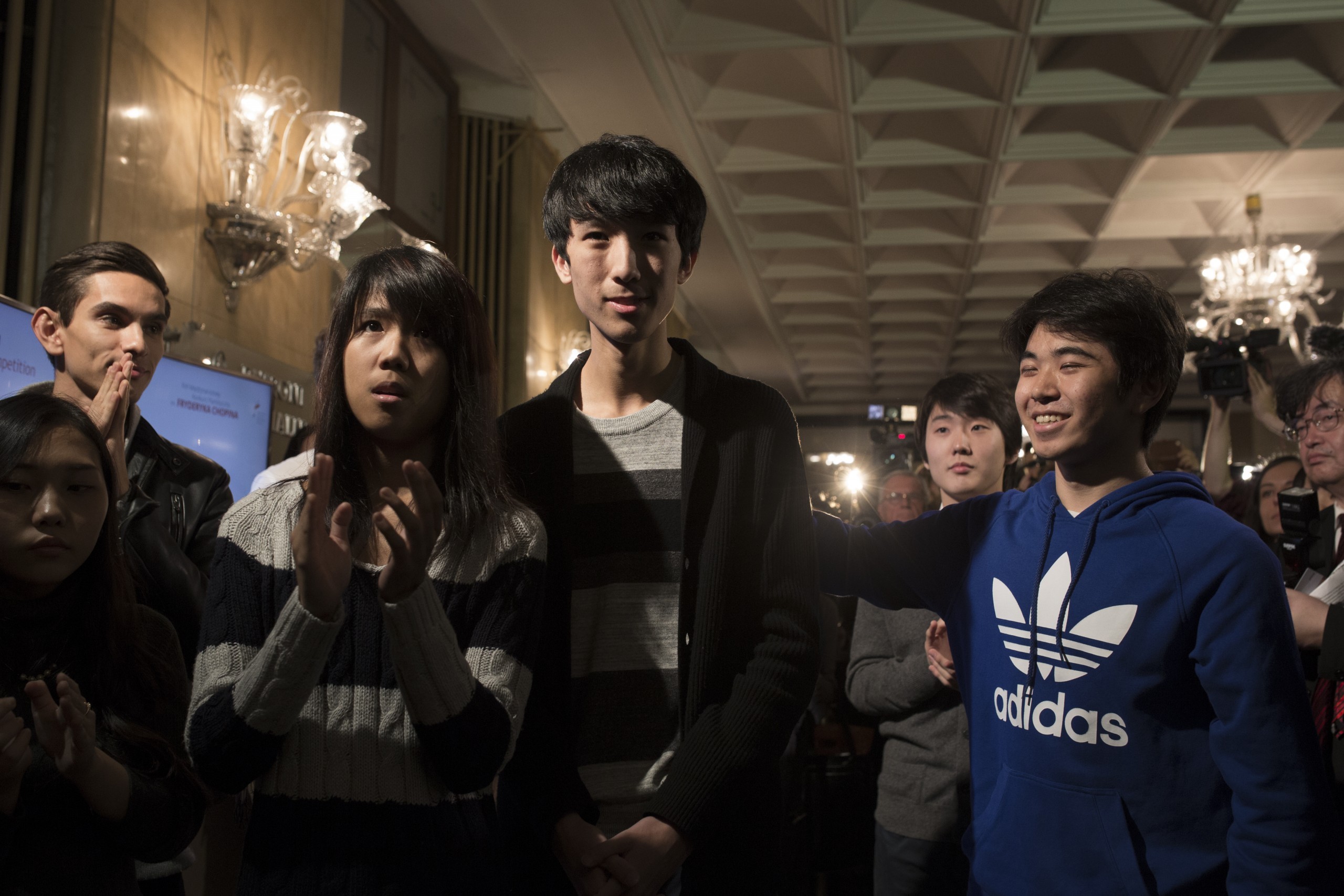 I have been watching many YouTube recordings these last few weeks. To see these promising youngsters play is added pleasure. Here are a few examples

In the final round, all ten participants had to play Chopin’s Piano Concerto in E minor Op. 11. Here is Yike Yang. I find it absolutely amazing that a 16 year old boy can play this beautiful concerto in such a brilliant and sensitive way.