One of our targets during our recent Laos trip, was to visit the Buddha Park , 25 km south-east of Vientiane. The  park was started in 1958 by Luang Pu Bunleua Sulilat, a priest-shaman who wanted to integrate Hinduism and Buddhism and the park has now become a tourist attraction.

Access is easy, bus 14 from the Vientiane bus station, near the market. The bus was crowded, so many people going to the Buddha Park? No, the bus passes the famous Friendship Bridge, where you can cross over the Mekong to Thailand and most passengers did that. We were sitting next to a friendly monk.

Only a few visitors at the park. Most conspicuous is the giant “pumpkin” at the entrance. You can climb up inside, even in two ways..:-)  The inside is supposed to represent the afterlife (?). From the top you have a good view of the eclectic sculpture garden. A giant reclining Buddha (in concrete) and many Hindu deities. 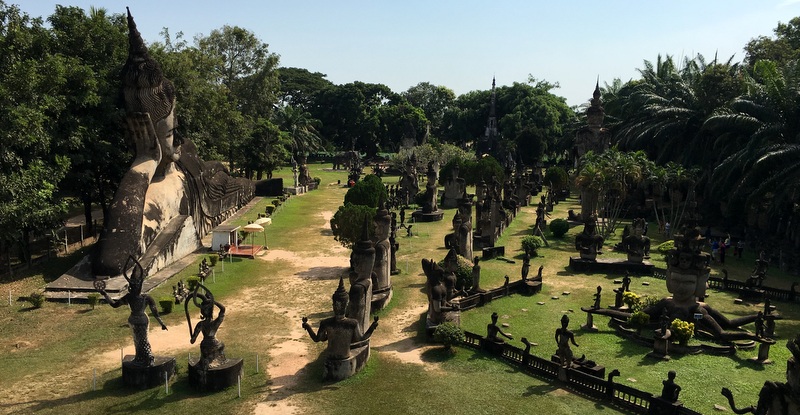 Some pictures of the pumpkin, inside and outside. I was expecting to see inside the pumpkin depictions of what your punishment will be when you have sinned, but it was all very peaceful.From the top you have a nice view of the rest of the park

The other dominating feature of the park is the giant reclining Buddha. Hardly any tourists, so the atmosphere was peaceful, although very hot…:-)

At the end of the park, near the Mekong river, there is a restaurant, where we had coffee, beer and french fries (!). Somewhere on the other side of the Mekong, in Thailand, there is another Buddha park, built by the same monk. 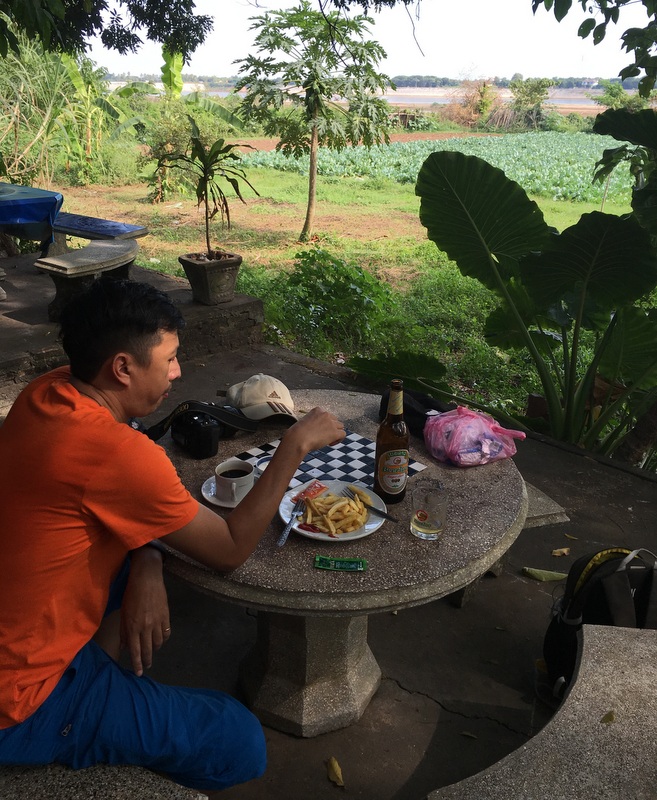