In Theravada Buddhism, nuns and monks go on a daily alms-round  to collect food for their (only) meal around noon. At sunrise they leave the temple, carrying an alms bowl and in a procession walk along the row of devotees.

In Luang Prabang it is a big event and  a major tourist attraction.  Devotees  sit down on small stools and take off shoes and socks. They give rice and small packets of sweets to the passing monks. When you are not a devotee, you should keep a polite distance when taking pictures and not disturb the procession

Not all tourists know how to behave and we had heard about complaints from the local population. After some deliberation we decided to have a look ourselves

At 6 am it was still dark and quiet near our hotel. But when we turned the corner to the main street, there was a big crowd of tourists waiting for the procession to begin. The devotees were already seated. And soon the first monks appeared. 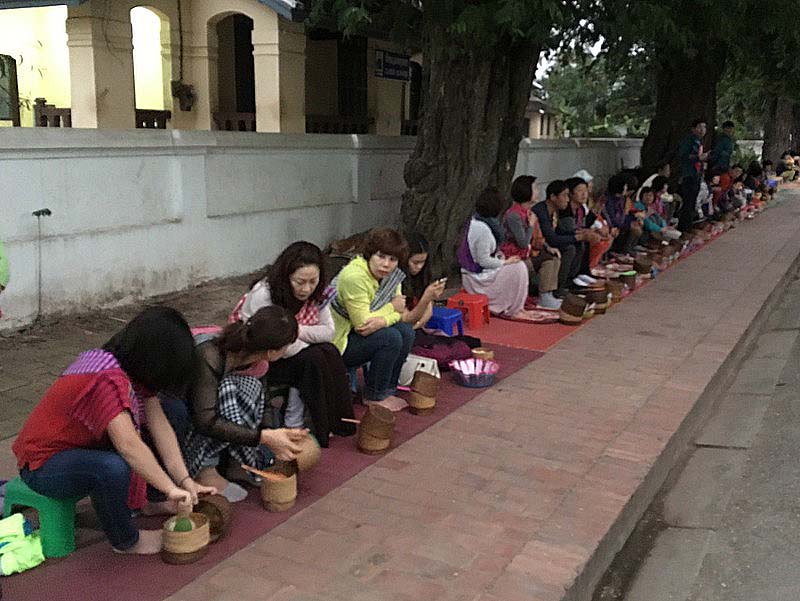 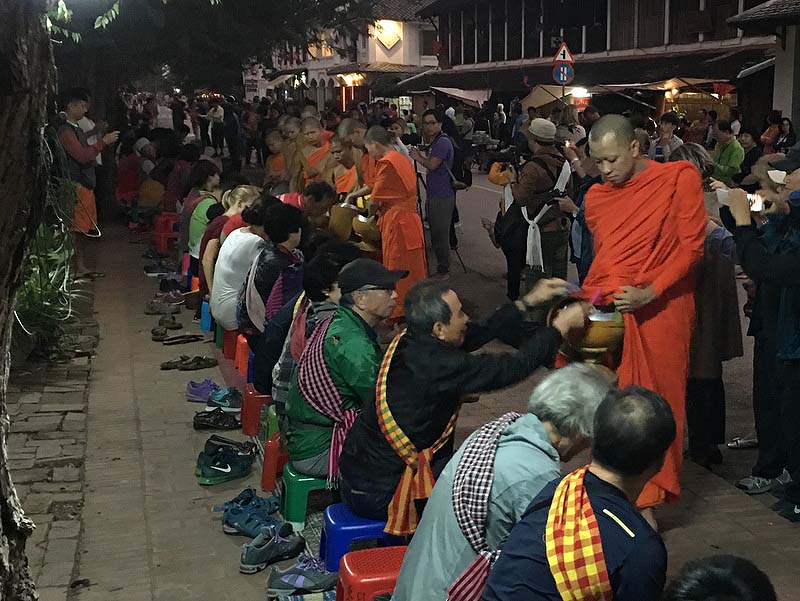 First only a few, but later more and more. Very impressive. Notice that several monks are also carrying a plastic bag. They collect the rice in the alms bowl and the other food in the plastic bag..:-)

The orange color of the monk robes is so attractive that you keep taking pictures..:-). You will notice that many monks are young, sometimes really only kids. Does that mean that those boys have already chosen for a life as a monk? Not at all, poor rural families often “donate” one or more of their children to the temple, where they get food and an education. When they have grown up, they can decide to become a “real” monk or leave the temple, for example to become a business man…:-)

One more picture of the “tourist part”. The right picture shows food “dumped” by the monks. Not sure if this is just a rubbish bin, or that the food in in it is later given to the poor people. It looks lake a waste..:-( 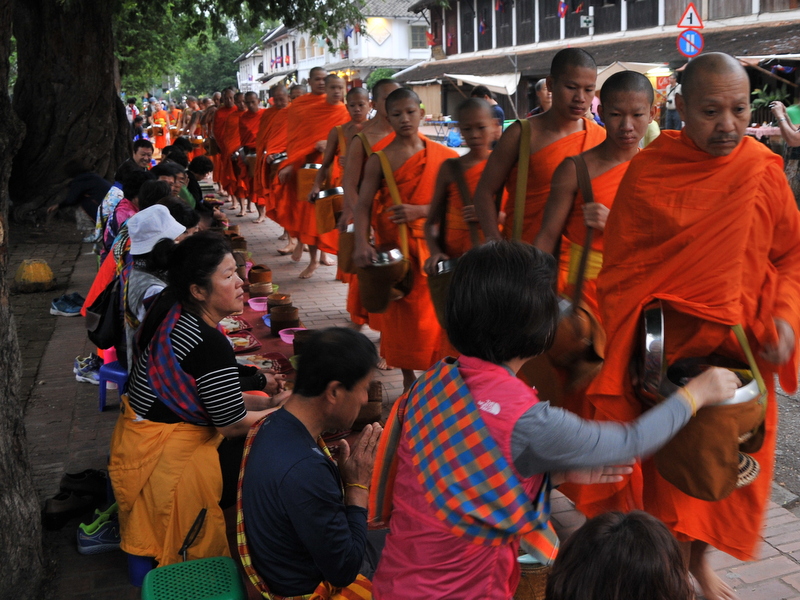 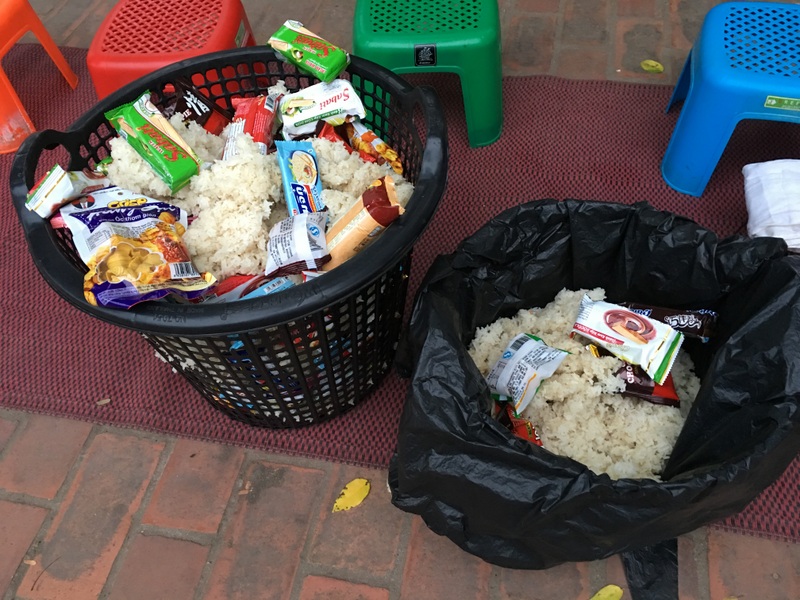 We walked away from the tourist crowd. The atmosphere became more relaxed with here and there a local squatting on the pavement, waiting for the monks to pass.

Finally a short video of the procession. Notice how a man hands over something to a devotee(?), by just stepping forward, reaching between two monks. Very impolite!

It was an interesting experience, but we went back to our hotel with mixed feelings