The first impression a visitor gets of Klang is not very favourable. It’s a busy town, a bit chaotic, where you can easily get lost. But it is also a historic city, one of the oldest in Malaysia and it still is the Royal City of Selangor, although no longer the capital.

Since 2014 Tourism Selangor organises a Klang Heritage Walk every Saturday and Sunday. The walk is conducted by professional Tour Guides and free of charge!

Last September I joined this walk, guided by Alex Raj. I liked the tour so much that I wanted to write a blog about it. But I was busy, went back to Holland, forgot details. So I decided to join another time, again with Alex as a guide and this time accompanied by my friend Joe Yap.

The tour visits nine points of interest and officially takes about 2.5 hours. But with a gifted storyteller like Alex, it can easily take longer…:-)

Starting point of the walk was the Royal Gallery, one of the two officially recognised heritage sites in Klang. Built in 1909 by the famous architect A.B Hubback (Malay college in Kuala Kangsar, Masjid Jamek in KL and many more), for use as the colonial government office. In 2007 the Royal Gallery was opened in this building, housing the memorabilia of the eighth Sultan of Selangor. 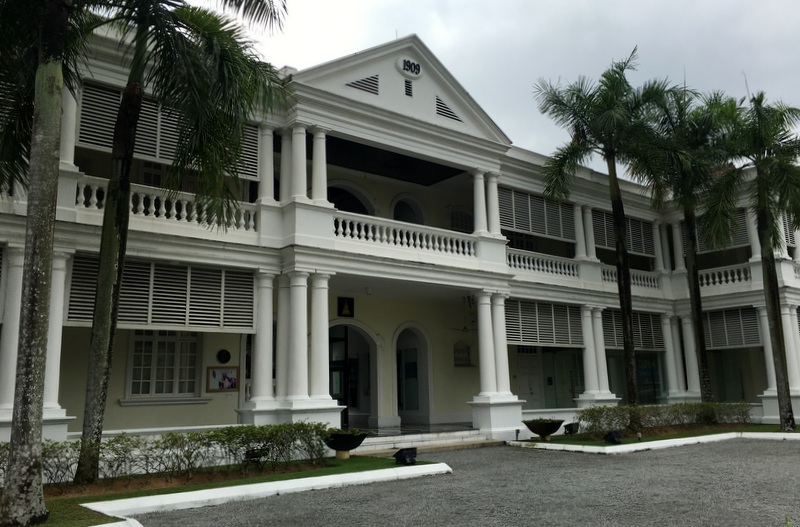 A group of almost 20 pax met here our guide Alex for registration and an introduction about what we could expect during the walk. The building, in  neo-classical style, is quite impressive.

Detail of the facade

We had only time for a quick look at the exhibits. I found the panels with the history of the Selangor Sultanate very interesting, especially the panel about Sultan Sir(!) Abdul Samad, the fourth sultan of Selangor. During his long reign (1857-1898)  the Klang War took place, similar to the Larut war, but with a different background. Both wars resulted in the appointments of British Residents. Klang became the state capital, until 1880 when Kuala Lumpur took over. After Kuala Lumpur became Federal Territory in 1974, a new town , Shah Alam, was created and it became the capital of Selangor in 1978.  But Klang still remains the Royal Capital.

History of the Sultanate

One of the galleries

Model of the old Istana

From  the Royal Gallery we crossed the road to the Chennai Silk Palace, occupying the building of the former Chartered Bank (1909) . Compare the two pictures, the right one is from the 1950s, when it was still a bank. The architecture is still the same, but for the rest…..? 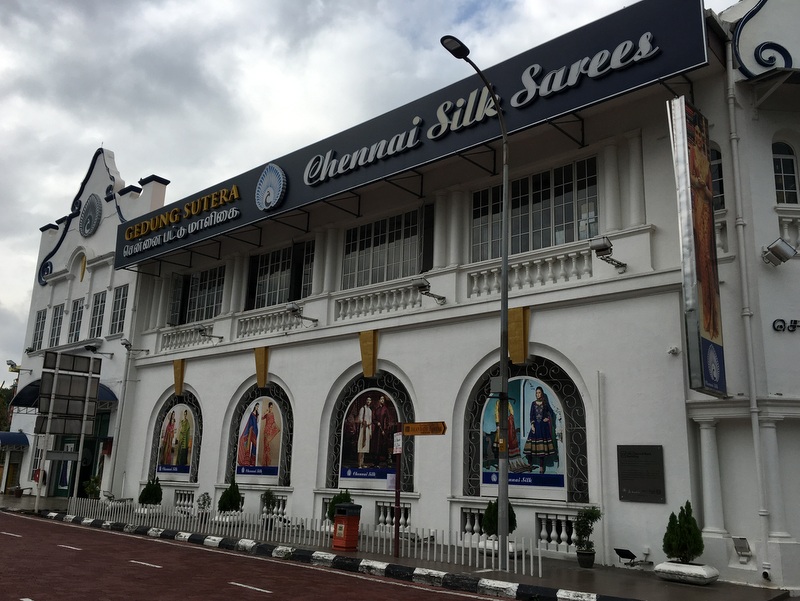 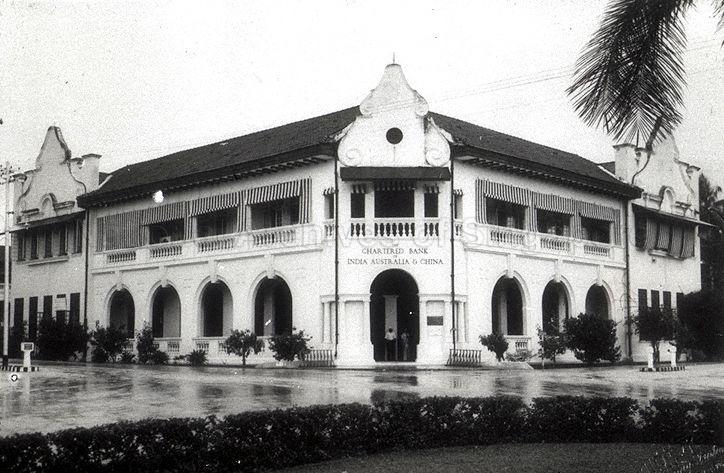 Interesting detail: the gaudy images showing what is sold in the shop, originally had a  caption Chennai Silk Palace. Later, to avoid confusion with the Royal Palace , the last word was painted over…:-). We walked through the shop, the interior has been modified beyond recognition.

Annex of the Bank

Next stop was the Royal Klang Club, established in 1901. Entrance for members only, but our guide was a member and could introduce us 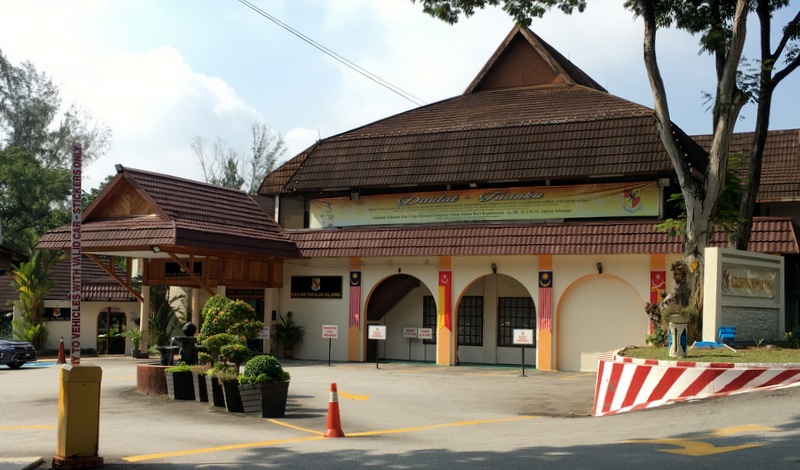 The interior of the club is quite impressive and luxurious. Here images of the dining room and the bar 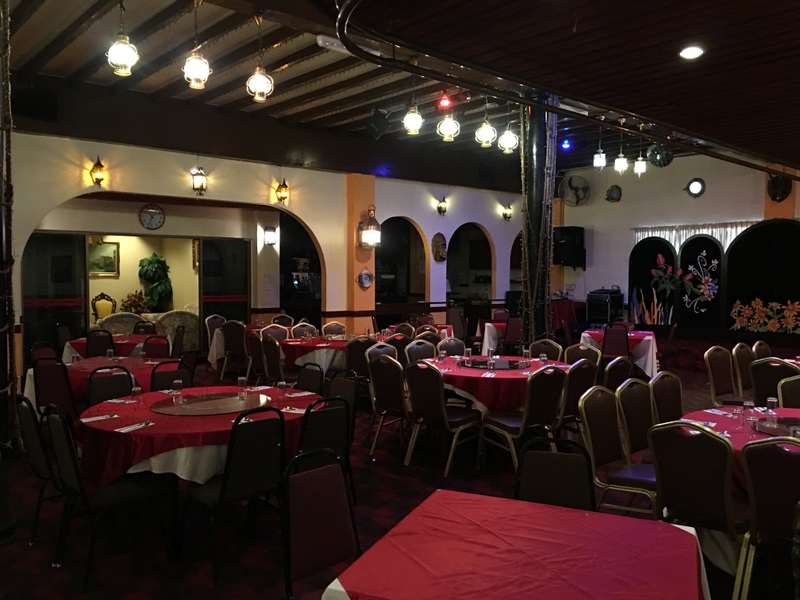 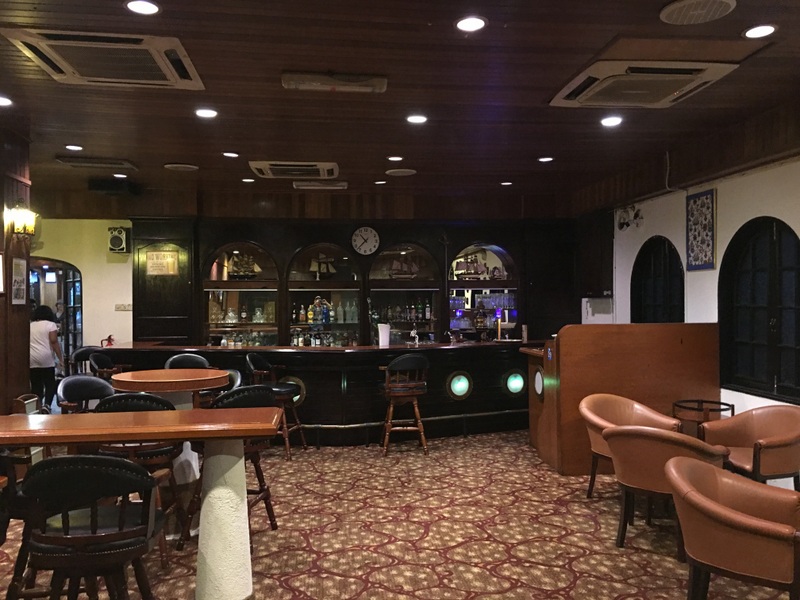 In the last decades of the 19th century, Klang was the main port of Selangor, until in 1901 Port Swettenham (now Port Klang) was developed. So it is not surprising that the interior of the Klang Club has a marine atmosphere. Alex advised the men in his group to visit the toilet…:-)

The official coat of arms

Naval interior of the bar

The Royal Alam Shah Palace is situated next to the Club. It is a relatively new building, erected in 1950 on the site of the previous Istana Mahkota Puri (1903). The Sultan’s “residence” is now in Shah Alam, but the Klang Palace is still used for official ceremonies. 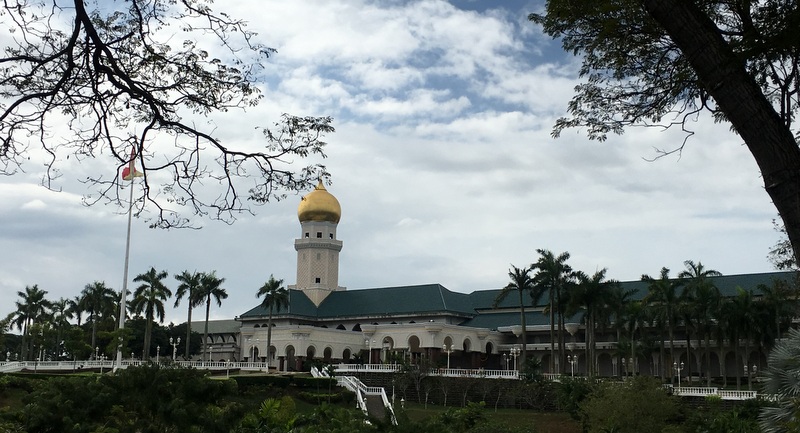 We crossed the hill, where in earlier days the hospital was located and arrived at the Church of Our Lady of Lourdes, completed in 1928.  Supposedly built in French-Gothic style. Many members of the congregation are of Indian origin and services are held in Tamil and other languages. 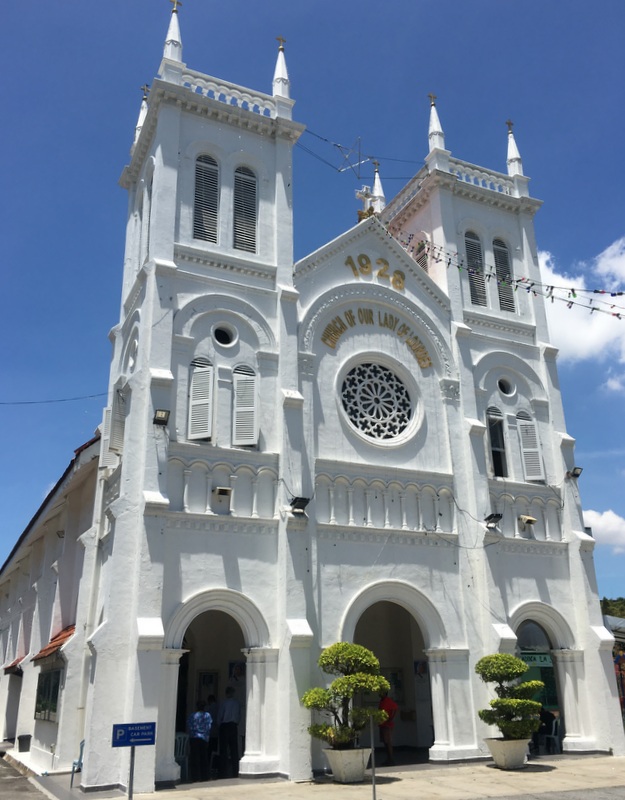 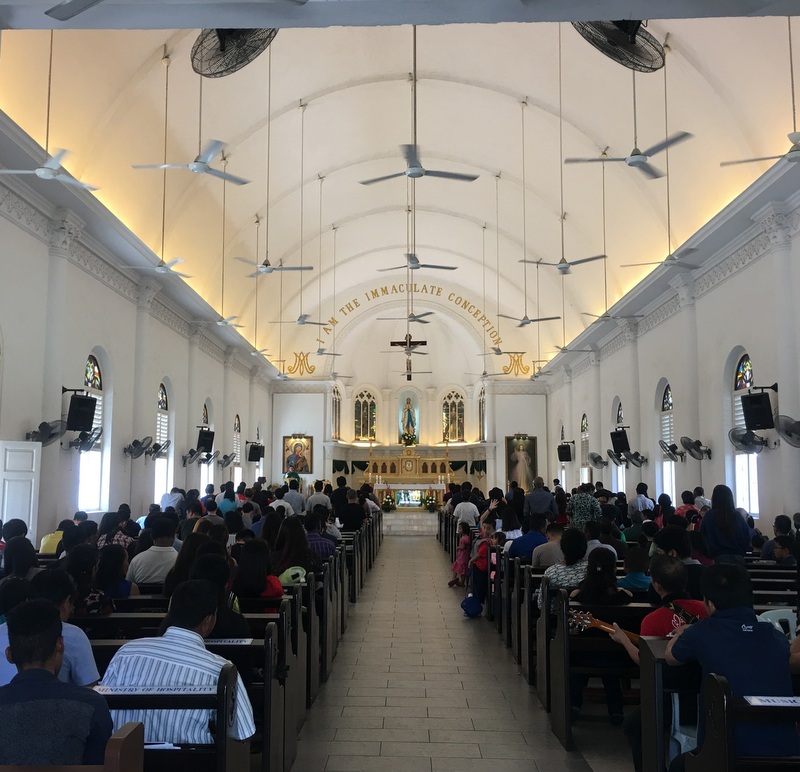 Next to the church is the Klang Convent school, officially opened in 1928. Both the church and the school are very attractive buildings 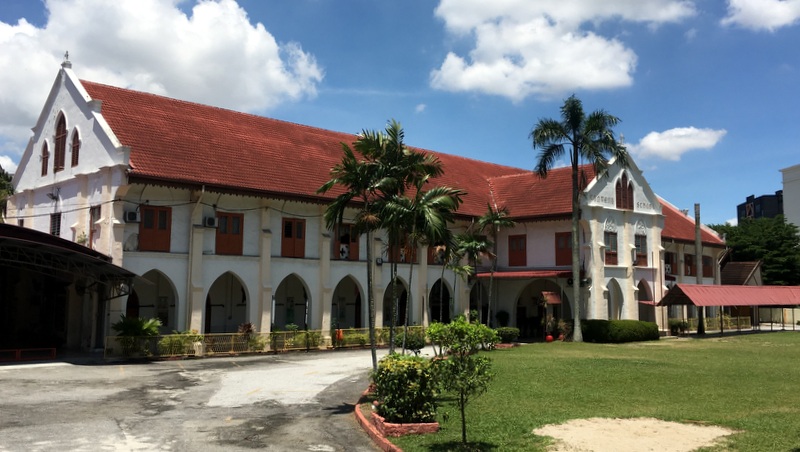 We walked back along the foot of the hill to Jalan Tengku Kelana, the Little India of Klang.

Many shops with herbs, spices, jewelry. No time for shopping, Alex warned us, we still had more to do…:-) 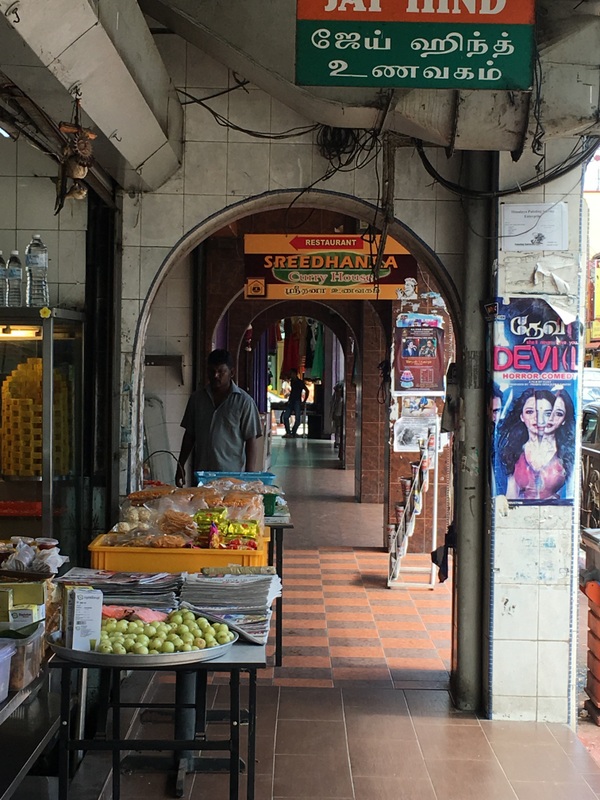 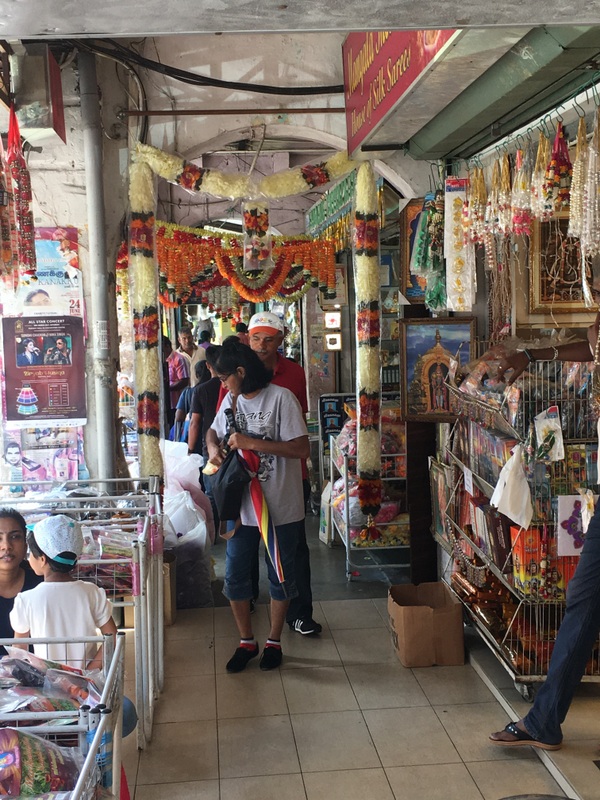 Next we reached a beautiful mosque, the Indian Muslim Mosque Tengku Kelana. The mosque serves the Indian Muslim community of Klang. Its history goes back to 1904, but since then it has been several times enlarged and rebuilt, the present building is very recent (2009)

It is only a short walk from the mosque to an old Hindu temple, the Sri Nagara Thandayuthapani temple. The present temple was built in 1925. Dedicated to Parvathi 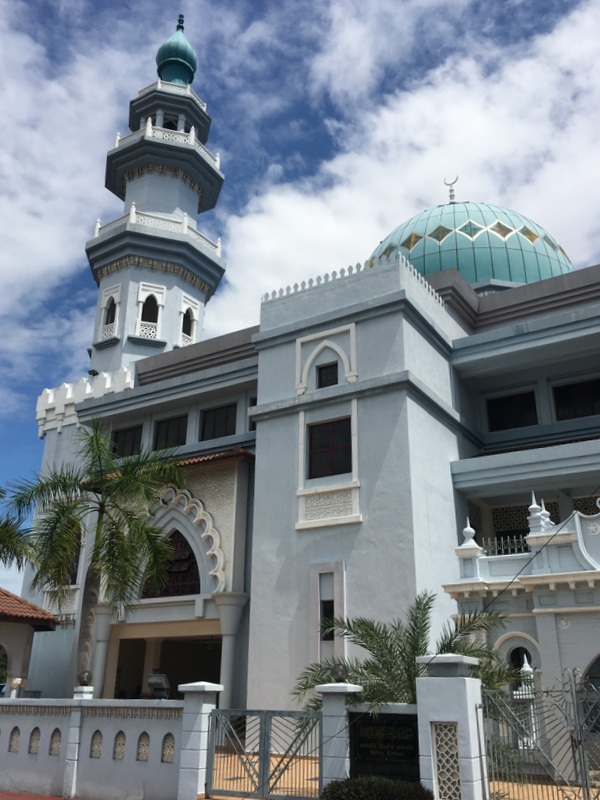 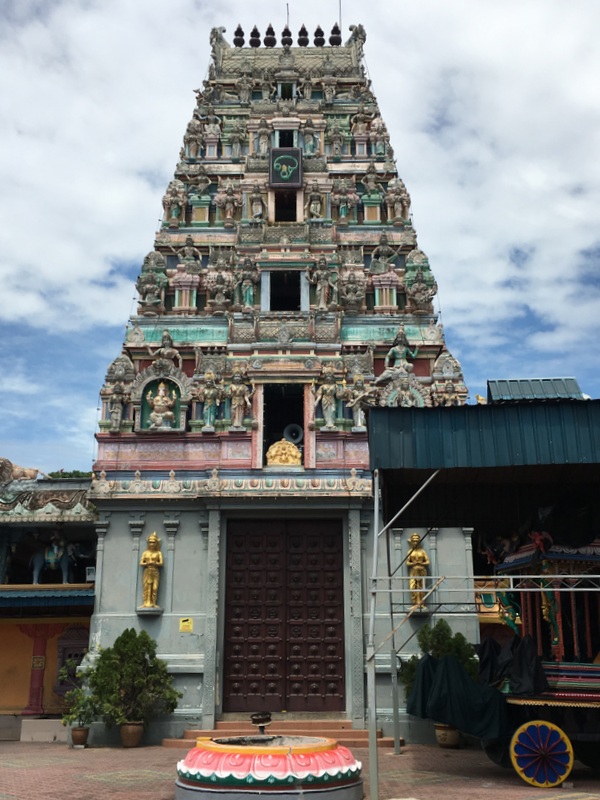 The Kota Raja Fire Station was our next stop. Built in Victorian style in 1890, it is still in use. There is a small museum where we could act as a fireman! 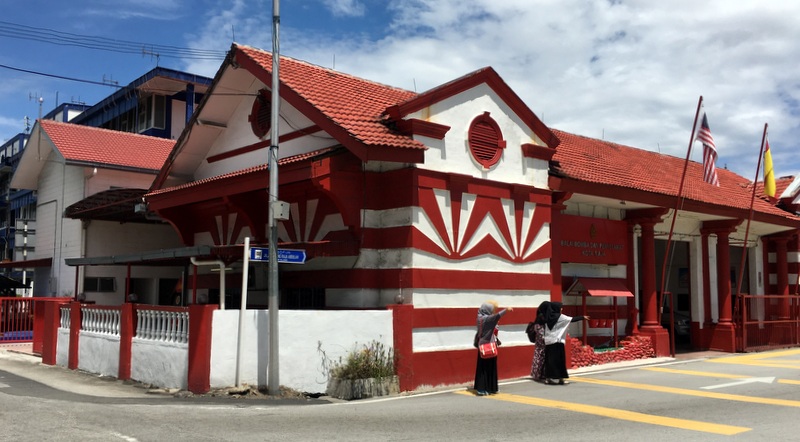 I do my best too

Finally we had a look at the Gedong Raja Abdullah, the other official heritage site in Klang, built in 1857, making it the oldest Malay building in Selangor. It was originally a warehouse for the storage of tin, but also served as a home for Raja Abdullah, who was the administrator of Klang and participated in the Klang War. It was used by the colonial administration, it became a police station and until recently it housed a tin museum. Now it is closed, because it is infested by termites.  I am pessimistic about its future. 🙁 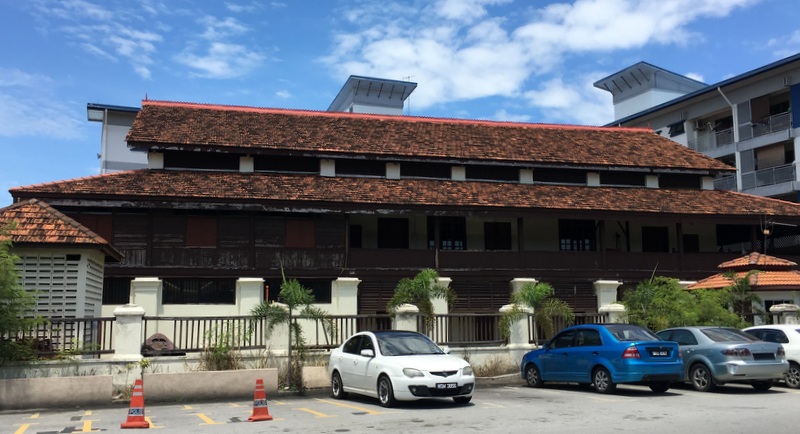 It was a nice and interesting walk, because Alex not only gave factual information about the various places we visited, but is also a good storyteller. 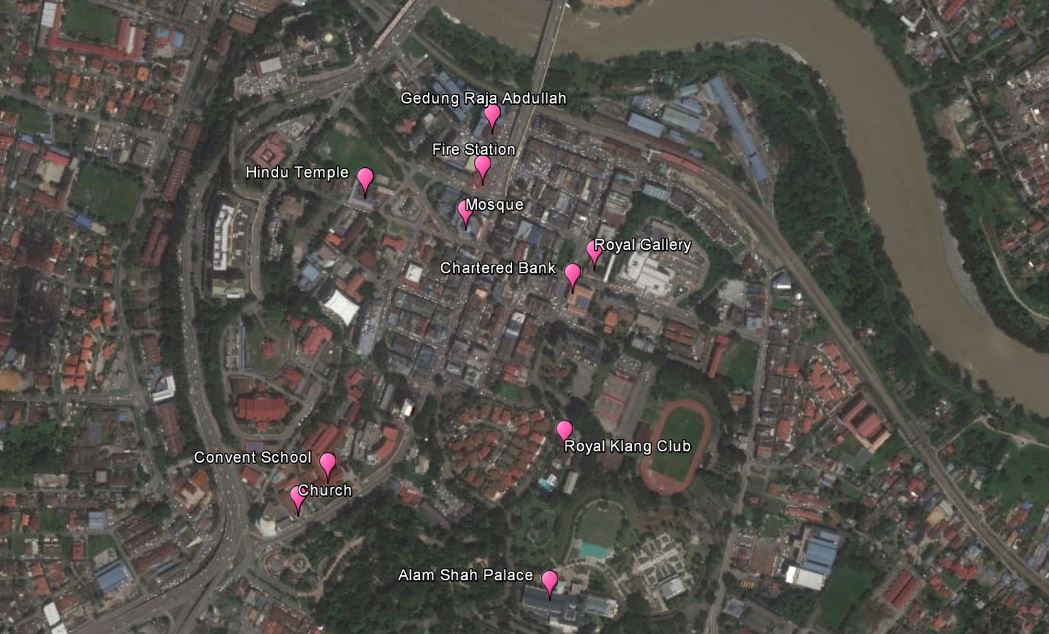