On November 2015 a new museum was opened in Singapore, the National Gallery, with a collection of over 8000 artworks. It is housed in two national monuments, the Old Supreme Court Building and the City Hall. They are adjacent, facing the padang, City Hall was built from 1926 to 1929, the Supreme Court a decade later, both in neoclassical colonial style.

In 2005 it was decided to convert the two buildings into a new museum. An architectural design competition was launched and Studio Milou Singapore came out as the winner. In their design, the two buildings are connected by a curtain like canopy roof and two skybridges. The right picture shows an evening view from the Singapore Cricket Club 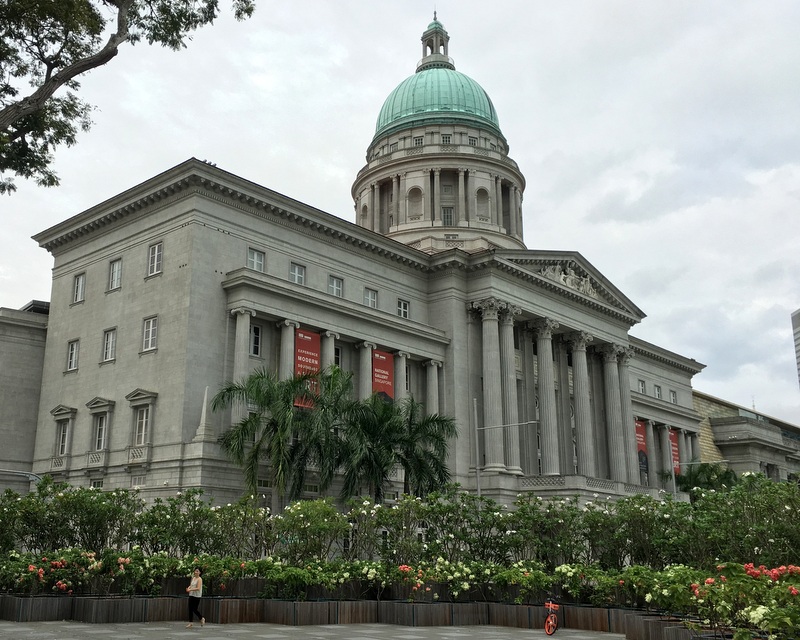 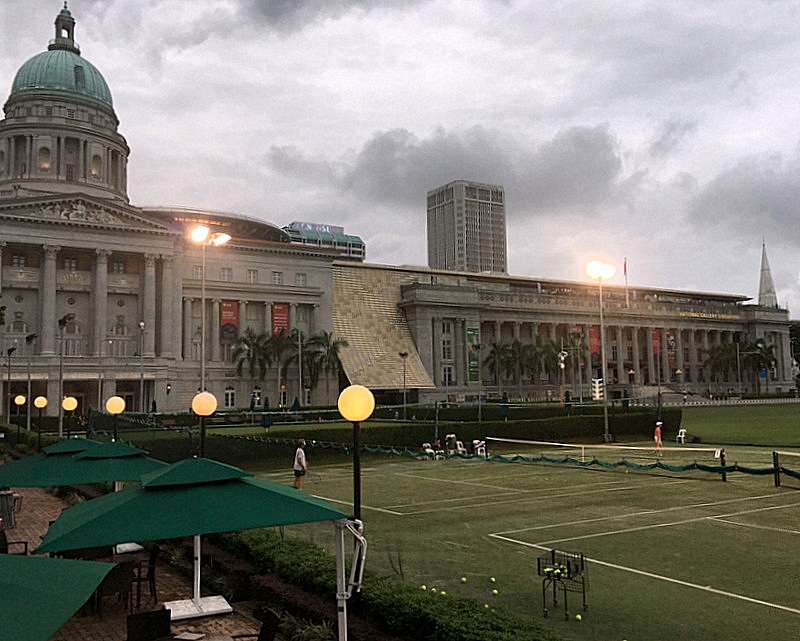 Here is a scale model of the National Gallery

On the last day of our recent trip to Singapore, before taking the bus back to KL, we decided to visit this museum. Here is a view from one of the skybridges. Left the City Hall, right the Former Supreme Court. Ticketing counter and entrance to the galleries are in the basement. 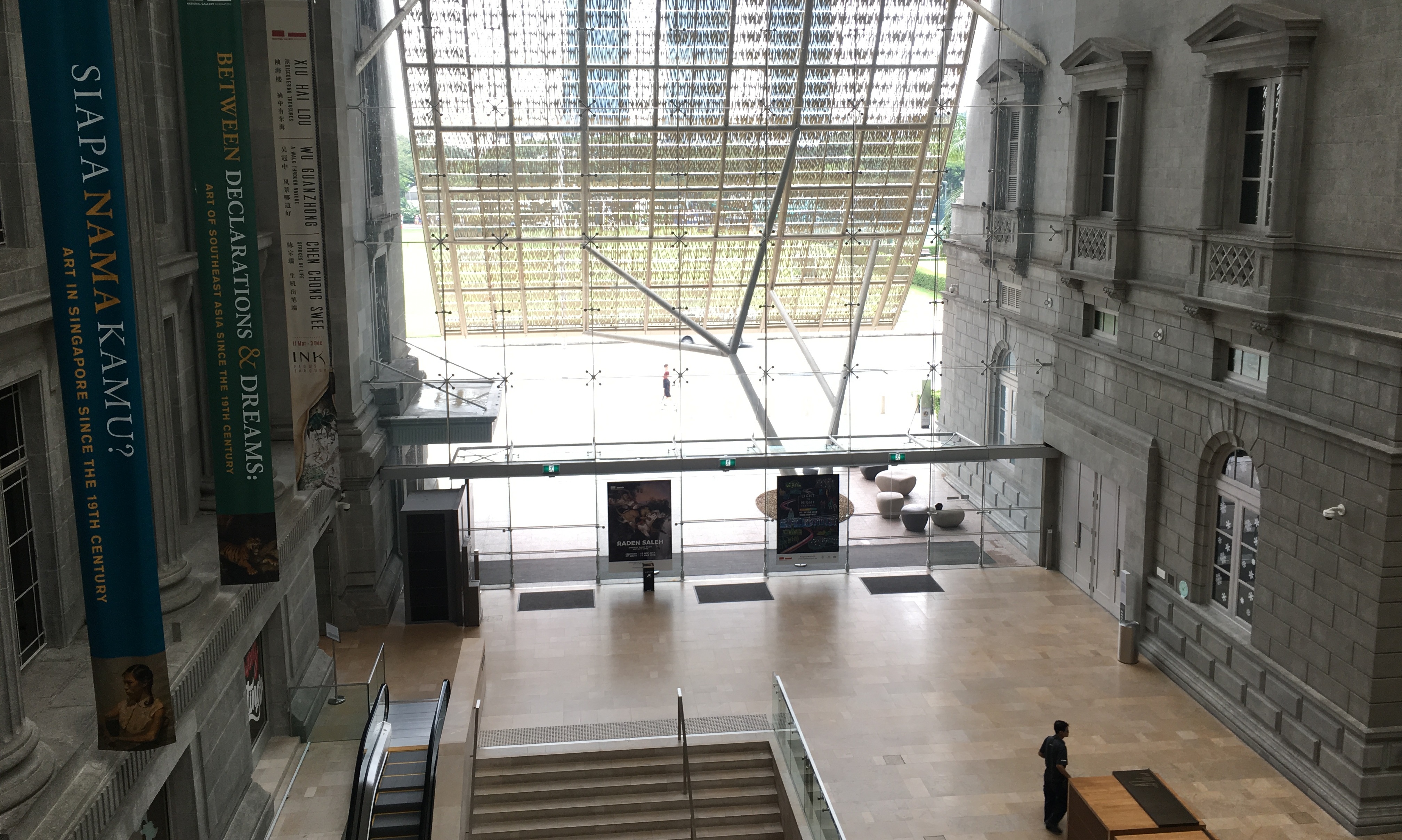 I like the design, the contrast between the old heritage buildings and the modern link. In the left picture you see the tree-like structure supporting the curtain roof, in the right picture the two skybridges. There were many (very disciplined!) groups of students. 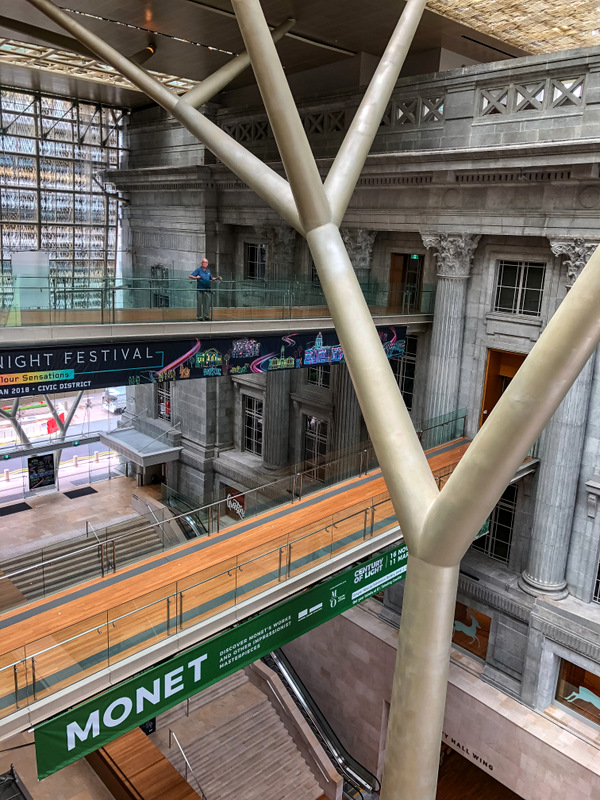 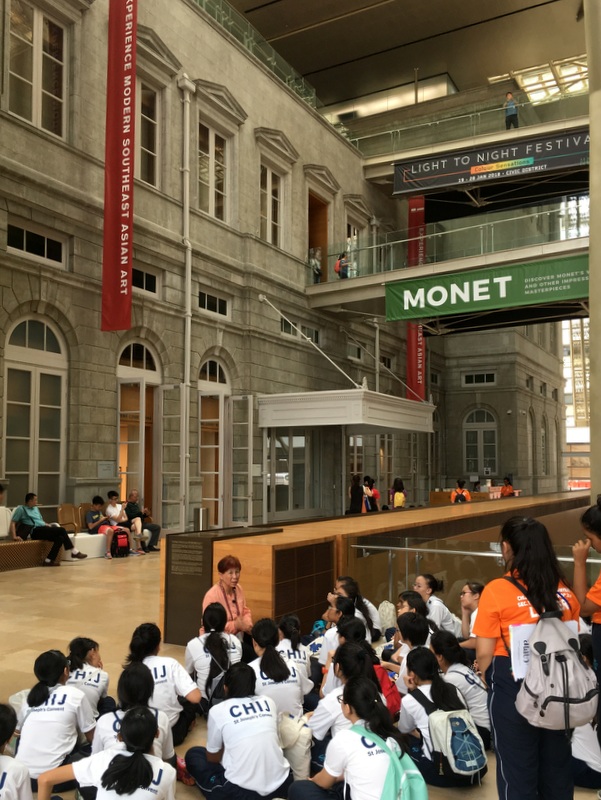 We were lucky that there was a special exhibition going on, Century of Light, consisting of two parts, Colours of Impressionism, with masterpieces from the Paris Orsay Museum, and Between Worlds, dedicated to two 19th century Asian painters who were strongly influenced by European Art. 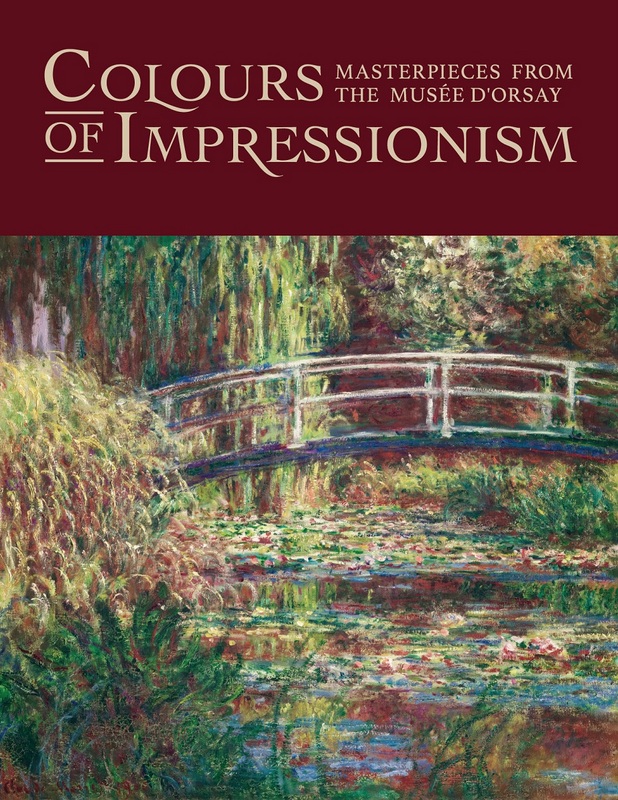 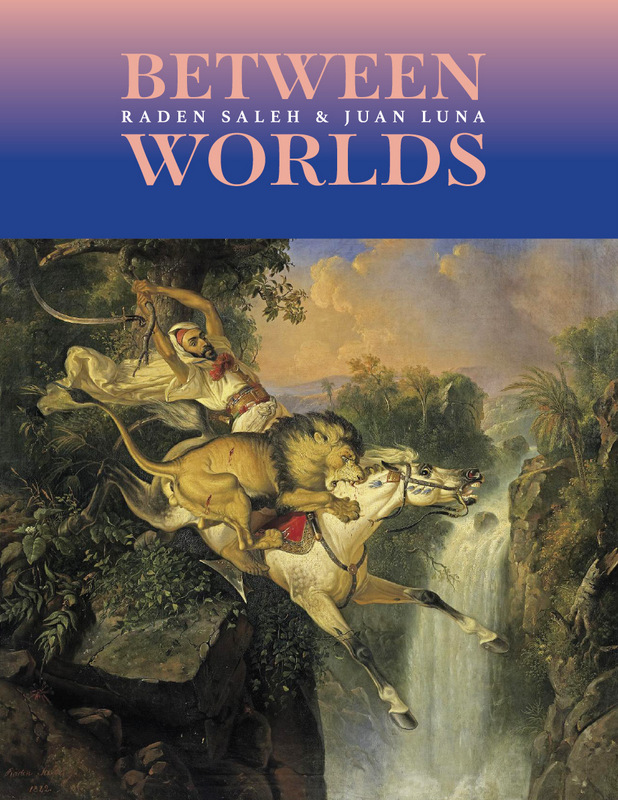 First we visited the Colours of Impressionism. The Musée d’Orsay, specialising in 19th century art, is one of my favourites, it was an interesting experience to view the artworks here in Singapore.

I don’t know why, but I am always happy when I see a painting of Caillebotte. On my own website I have a page, dedicated to him 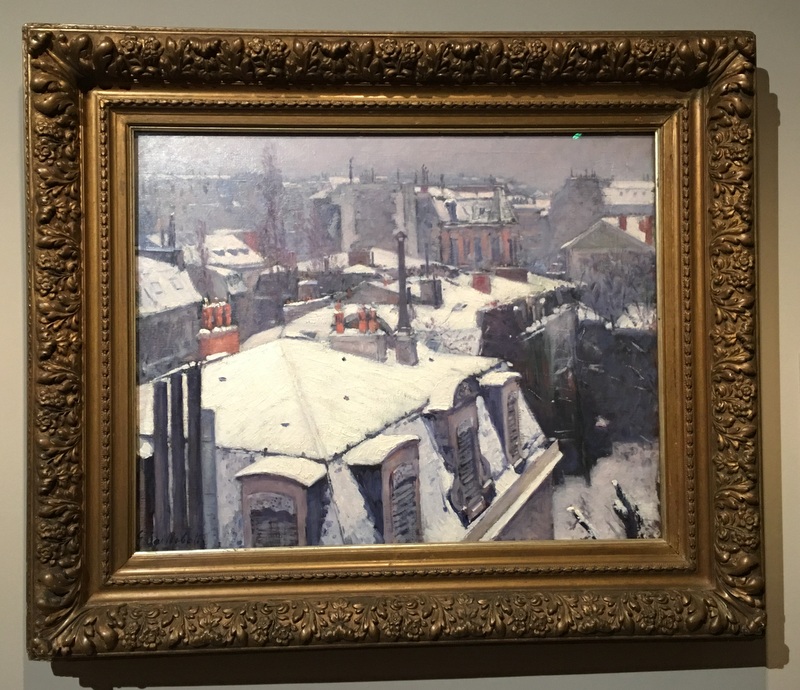 Several paintings by Monet were exhibited. In 1886 he visited the Netherlands and of course he had to paint the tulip fields…:-) 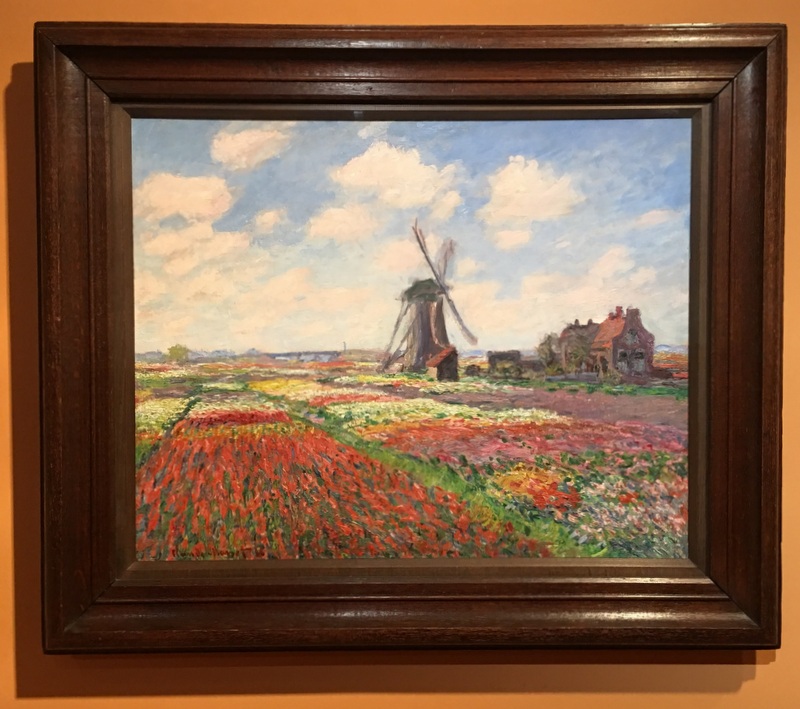 More paintings of Monet, Signac, Renoir, Sisley and others

The gallery design was quite attractive, nice colours, good lighting 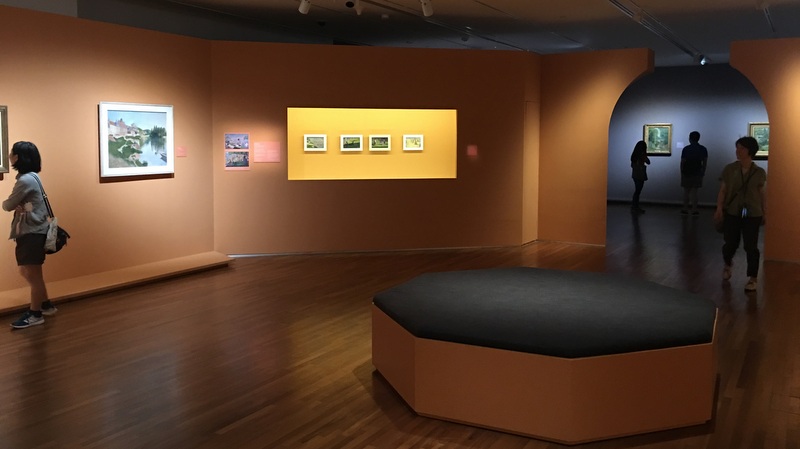 I had never before heard about him!  What a pleasant surprise. Here I am admiring his painting Boschbrand (Forest Fire), painted in 1849. A vivid depiction of wild animals trying to escape a forest fire. 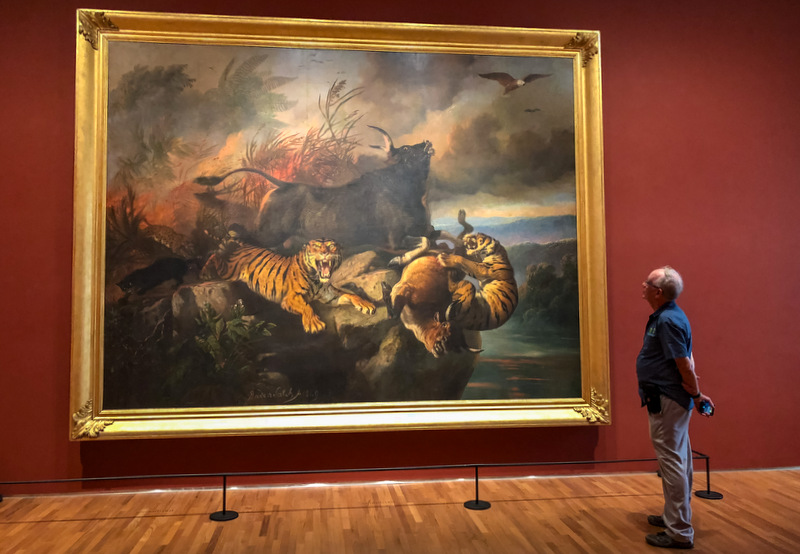 Searching information about him,  I found that this painting until a few years ago belonged to the Dutch royal family. It was presented in 1850 to King William III, and in 2014 sold in “deplorable” condition by 14 grandchildren of former queen Juliana to the Singapore National Gallery! Read the curious story here: Experts critical after Royal Family makes millions from private art sales

He was 18 when he arrived in the Netherlands where he got most of his training. It is interesting to see how his style develops

The second painter in the Between Worlds exhibition is Juan Luna, born 1857 in the Philippines, a Spanish colony in those days. He died young, in 1899. He traveled to Spain when he was young and stayed many years in Europe.

I found this painting impressive and intriguing. It is called “Les Ignores” (“The Unknown Ones”) and he painted it in 1889-1890. It depicts a funeral of humble people. A real masterpiece. 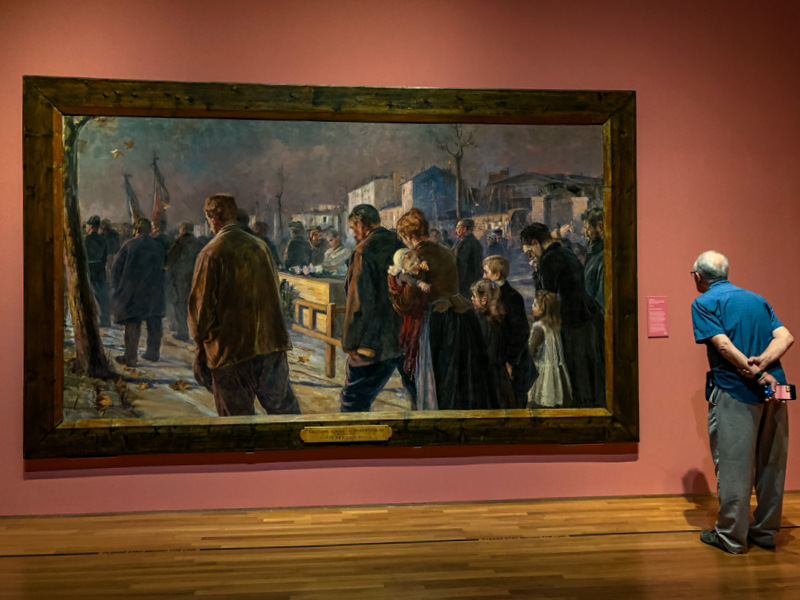 Also here a variety of styles, compare the classical romantic “Death of Cleopatra” with the impressionist “Picnic in Normandy”, both painted around 1880!

Then it was time for lunch. We had a look at the top floor, where there is a roof “garden” and a restaurant, but we only wanted a simple sandwich, so we went down to the basement 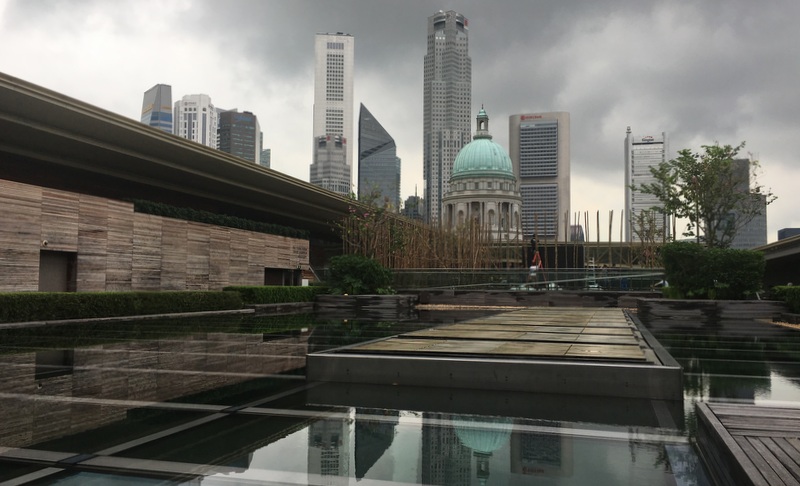 From the top floor there is a nice view of the padang and the Singapore skyline. 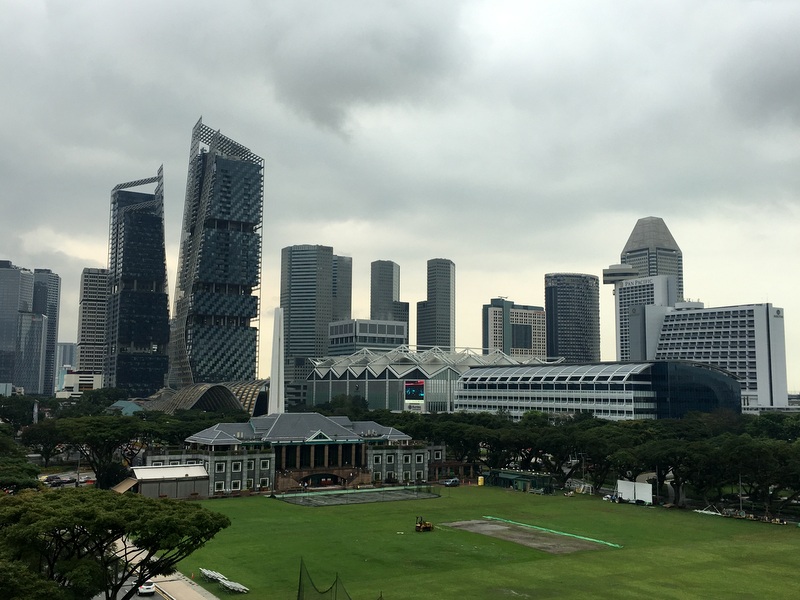 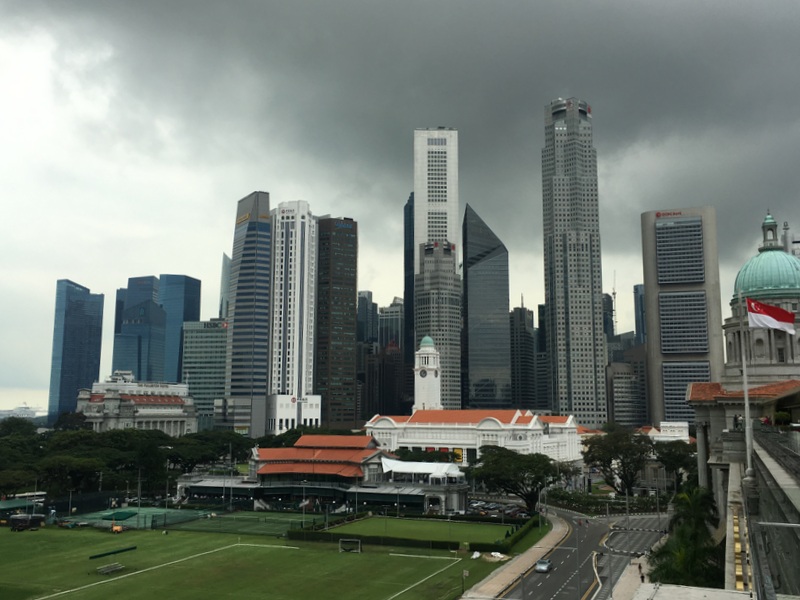 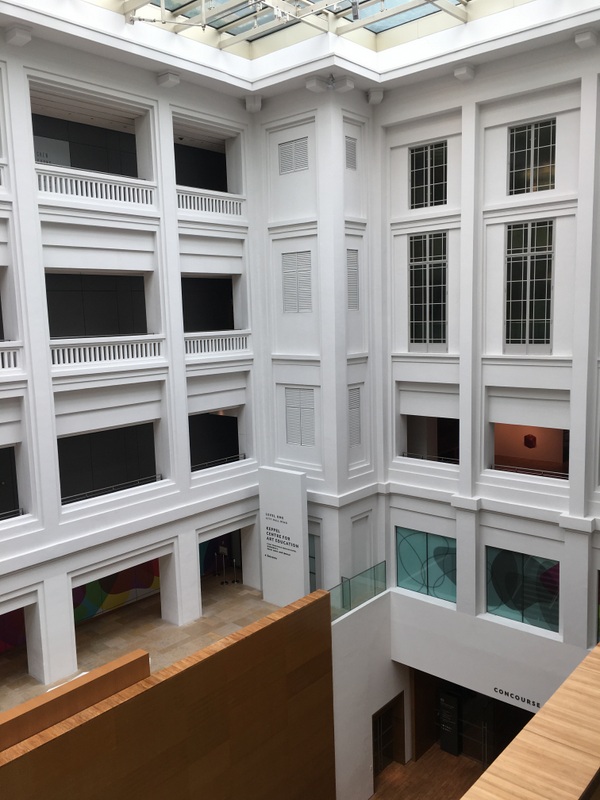 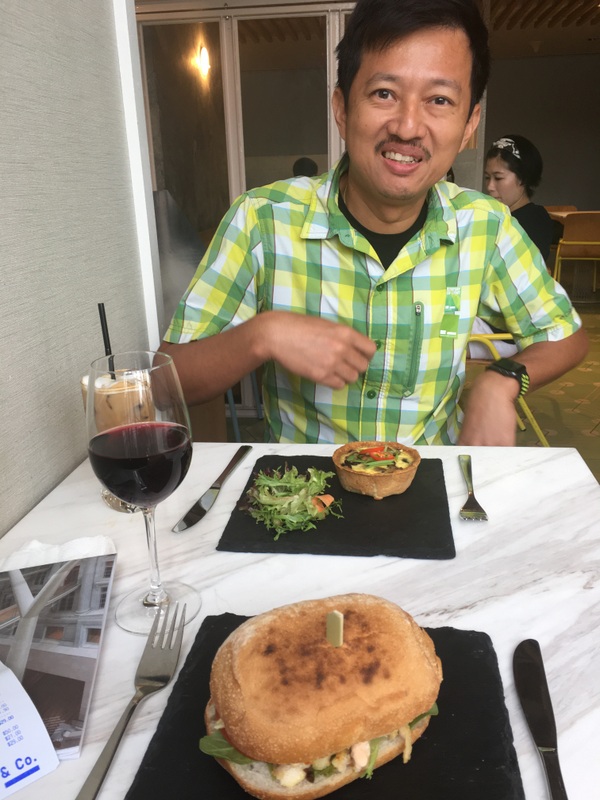 After our lunch we walked over to the Former Supreme Court. Here the large UOB Southeast Asia collection is housed in fifteen galleries. We could only get an impression in the limited time we had.

The interior of the building itself is very impressive.

Here a collection of pictures, to show the variety of art styles and nationalities. Hidalgo was Filipino and a contemporary of Juan Luna, Mori Kinsen was Japanese (1888-1959), Inguimberty was French but worked in Vietnam (1896-1971), Chua Mia Tee is Singaporean (1931 – ), Jose Tence Ruiz is Filipino. Just to name a few.

Many of the artworks have social/political connotations. An interesting collection

When I will visit Singapore again, I will plan at least a full day for this museum. 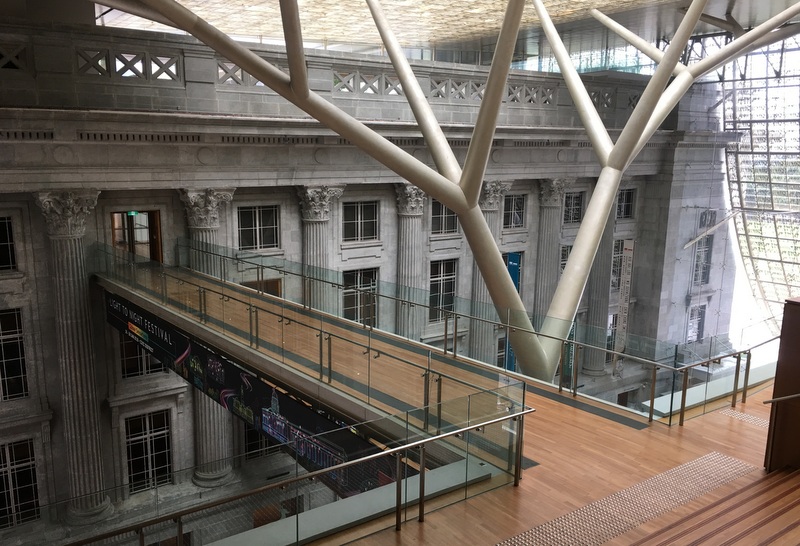