Now that Malaysia has become my second home, I can say that Taiping is my second hometown..:-) I am a frequent visitor and became a member of the Taiping Heritage Society.

So why is this post titled Shame on Taiping? Because the list of firsts contains two items that are at this moment in a deplorable state, being completely neglected for years already.

The first is the (location of the) Residence. In 1877, on a hill overlooking Taiping, a residence was built for the British Assistant Resident (Maxwell). It was here that Isabella Bird wrote several letters for her book the Golden Chersonese A few years later (1884) the building was enlarged and became the residence for the British Resident (Low). Nothing is left these days of this Residence, except the stone pillars, upon which the wooden house was built. After Merdeka a hotel was built at the back of these pillars. About ten years ago I have stayed overnight in this Casuarina inn. The inn is visible in the background. Basic accommodation. 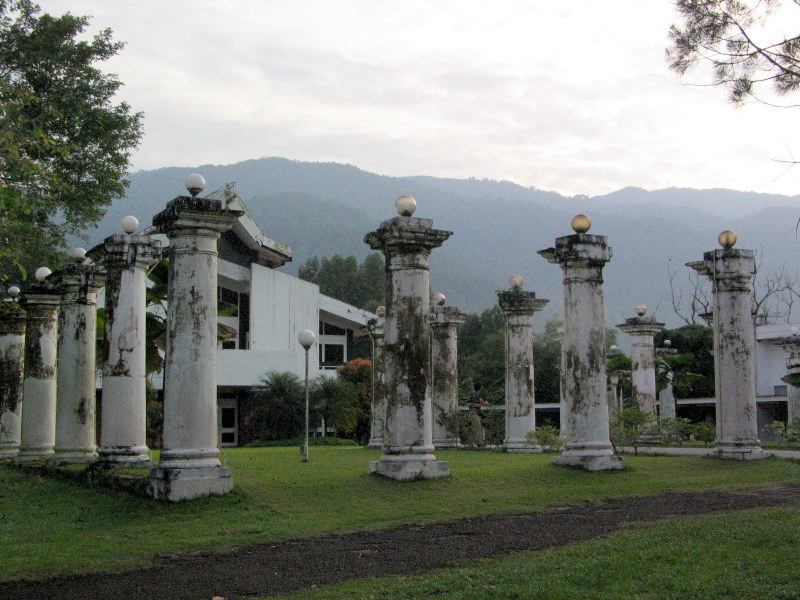 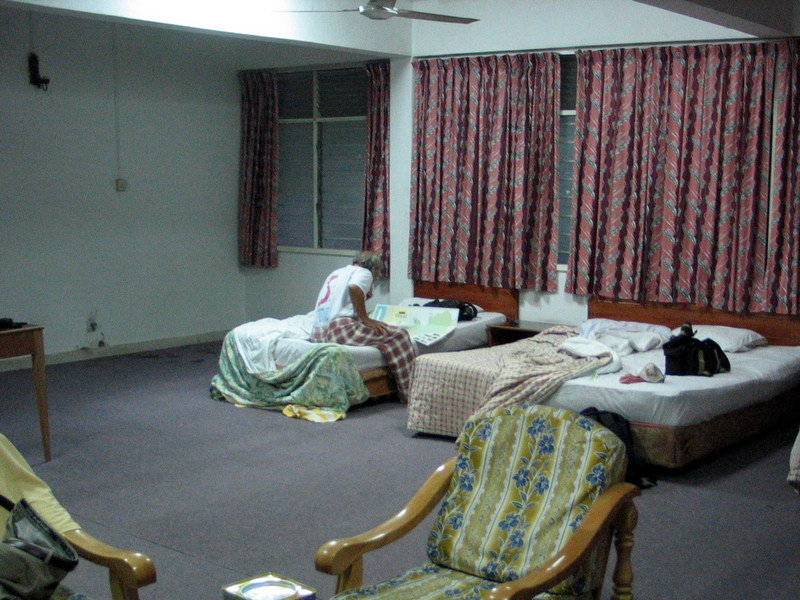 It has been closed now for many years already. Without any fencing, freely accessible, a haven for drug addicts. No wonder that every time I come and have a look, it is more ruined. It may not be possible to exploit a hotel here, but this historical location should be preserved. Shame on Taiping!

Here is a collection of pictures taken recently.

The pillars of the Residence

The Casuarina inn started as the New Resthouse. Why new? Because there exists another Resthouse, a real first, built in 1894. Opposite the King Edward school and not far from the Railway station. Also here I have stayed overnight, many years ago. It was at that time named the Lagenda Hotel. Quite acceptable budget hotel, good location. 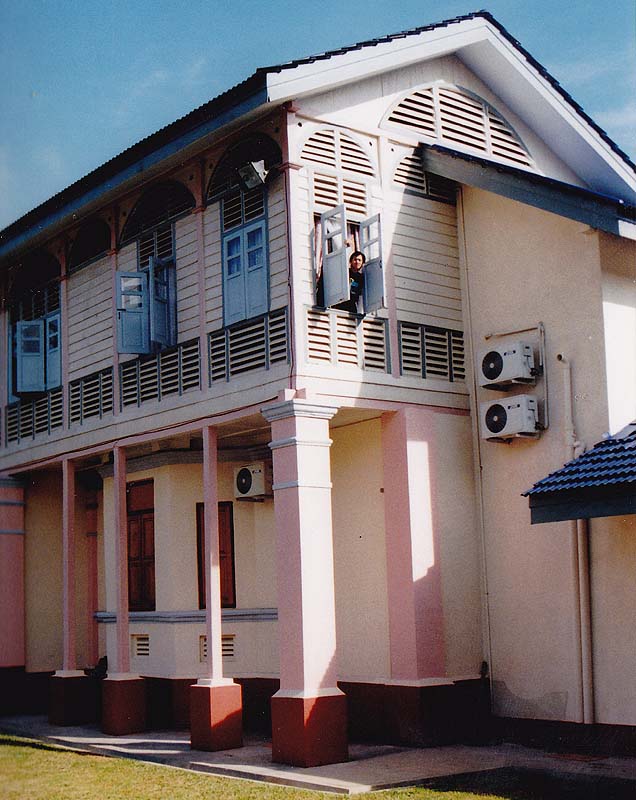 About five years ago, the hotel/resthouse was closed. In the beginning hardly any fencing, even now it is easy to enter the premises. With a predictable effect: the place is going to pieces and is now already probably beyond redemption.  Shame on Taiping!

You can just walk in

The last pictures have been taken of and in the buildings to the left of the Resthouse. They must be old as well, and especially the corner one looks architecturally interesting. Here too, you can just walk in, with predictable effect. Shame on Taiping!

2 thoughts on “Shame on Taiping!”