Two years ago I have visited the remote Medang waterfall near KKB with my friend Siang Hui. It is quite a long hike, but you are rewarded with an impressive waterfall. 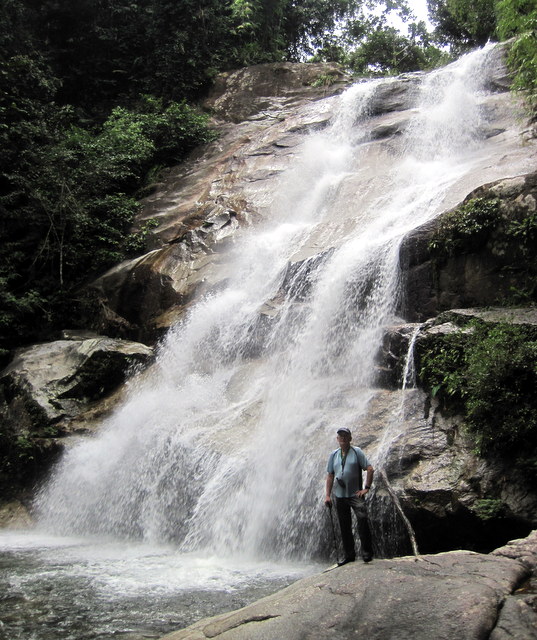 While we were relaxing at the fall, taking a bath, making coffee and having lunch, I was stung by a bee. They are called sweat bees, although I think that they are actually wasps, because they don’t leave their stinger behind.
The name tells it all, they are attracted by sweat. And I sweat profusely, so they like me. During the hike, no problem, because I am moving, but when I have arrived at my destination it doesn’t take long before one of these tiny(!) critters finds me and signals to his friends: come over here for a treat!

They are not aggressive, but probably, waving them away with my hands, I must have frightened one of them. I was stung in my back, it was not very painful and I did not pay much attention to it.

However on our way back, a bit later, I started to feel uncomfortable. I felt that my mouth got swollen, I could not swallow properly, my voice sounded funny and I felt faint. I told Siang Hui that I wanted to lie down a bit. Of course he was concerned, but he kept his cool.

After about half an hour I started to feel better and we walked back (still more than one hour!) to our car. First I was thinking about going to a clinic, but my recovery was so complete that there was no need.

Of course the question was, what had happened? I had the feeling that it was related to the bee sting, and searching the Internet confirmed that it had been an allergic reaction!

Actually I had experienced the onset of an anaphylactic shock ! Which can be life-threatening. It was an unpleasant discovery that I had developed an allergy for bee stings. I bought an Epipen and took it with me on my next jungle trips. With an Epipen you can inject yourself with a dose of epinephrine (adrenaline), in case of emergency.

Such an Epipen is not only expensive (~ RM 300), it has also a limited shelf life. Mine has passed its expiry date already.

Of course I was more than ever trying to keep those bees away. Because each following sting gives a stronger and faster reaction. 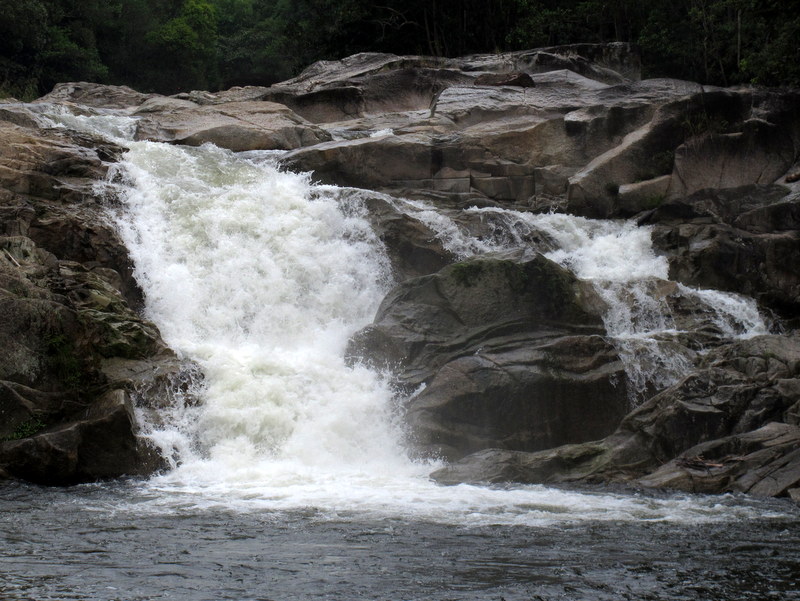 Two weeks ago I visited another waterfall with my friend Rani, see my earlier post. I was stung again, really a minor one, but still about the same effects.
And here too we were very far away from medical help. I had my Epipen ready, but after a while I recovered, so I did not need it. Kudos to Rani for his support!

When I wanted to buy an new Epipen, I was shocked to hear that they are no longer available in Malaysia! In a few weeks time a friend from Amsterdam will come here for her holidays, so I am now trying to buy one in the Netherlands and let her take it with her.

Recently a friend of mine, Harry Nian, died while on a solo expedition looking for new waterfalls in Terengganu. His last (unsent) sms was, that he was stung by many bees and could not move….. Anaphylactic shock?

I am rather scared at the moment to go back into the jungle..:-(

I am looking for a cream or spray that keeps bees and wasps away, found some information on the Internet, but no idea if this will be effective. And I have heard that there exists something called “immunotherapy” where you can overcome your allergy by regular (controlled) injections with tiny amounts of the venom. If a reader of this post has more information, please let me know!

4 thoughts on “Stung by a bee”