Back in my second home for almost three weeks already. How time flies. This time I suffered less from jet lag, maybe because I used Melatonin the first week. Melatonin is supposed to adjust your biological clock. 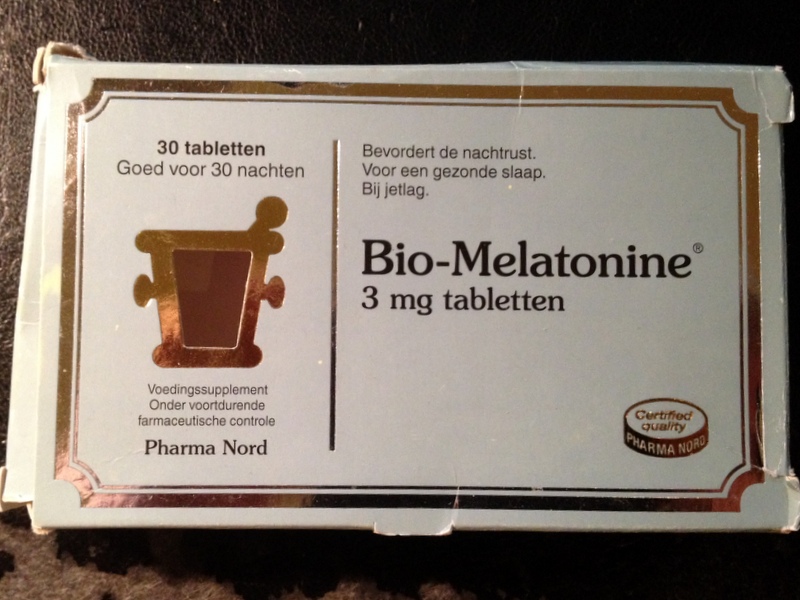 In earlier posts you have read that we are collecting KLM-houses. We bought many during our last visit, here is part of it. Next to it a sad picture of the present view from our balcony. The destruction of Bukit Lanjan has not stopped.

After two months of Western food I was craving for Nasi Lemak, Hokkien Mee (picture), Roti Chanai etc. But in the fridge there was still a smoked sausage (“rookworst”), so we had also a Western meal, with Sauerkraut and mashed potatoes.. 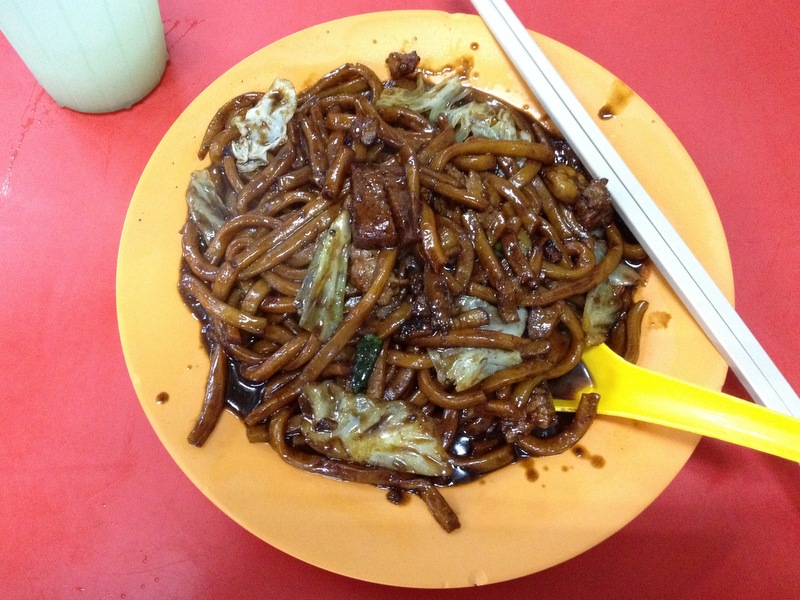 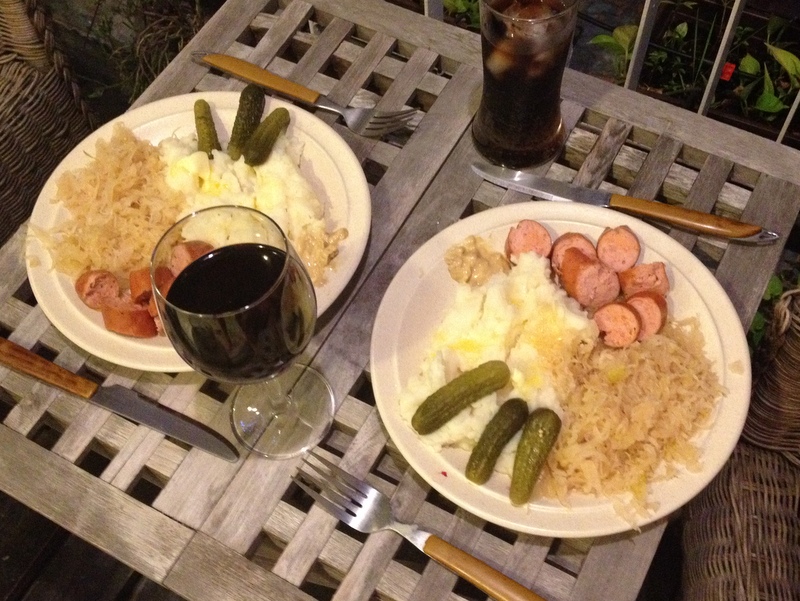 After a few days of recovery I started walking again in Bukit Kiara. It is still under threat of “development”, but walking there remains a pleasure. Instead of completing the atrocious fence, the authorities should concentrate on maintenance. Personally I don’t mind the “illegal” rubber tappers, but the neglected signboard for the Sg Penchala is an eyesore.

When Aric was back in Sabak Bernam he sent me a picture of a beautiful bird, found in his mum’s garden. With a broken wing. For my birding friend Khong it was no problem to id the bird: an uncommon Black-backed Kingfisher 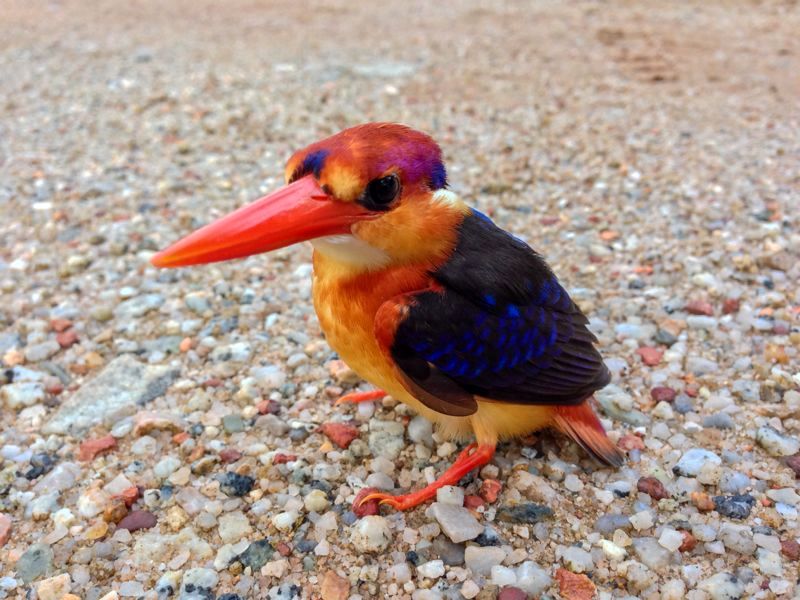 Aric took it back to KL, then a friend brought the tiny(!) bird to a bird doctor in Shah Alam. But the bird was too weak, it died. Pity.

After recovering from the flight, as usual came the craving for jungle and a waterfall…:-) I found Paul and Rahim willing to join me to a remote waterfall in the Tanjung Malim region, the Gerehang fall. Not many people visit this fall, Rahim had to do a lot of chopping to clear a trail. 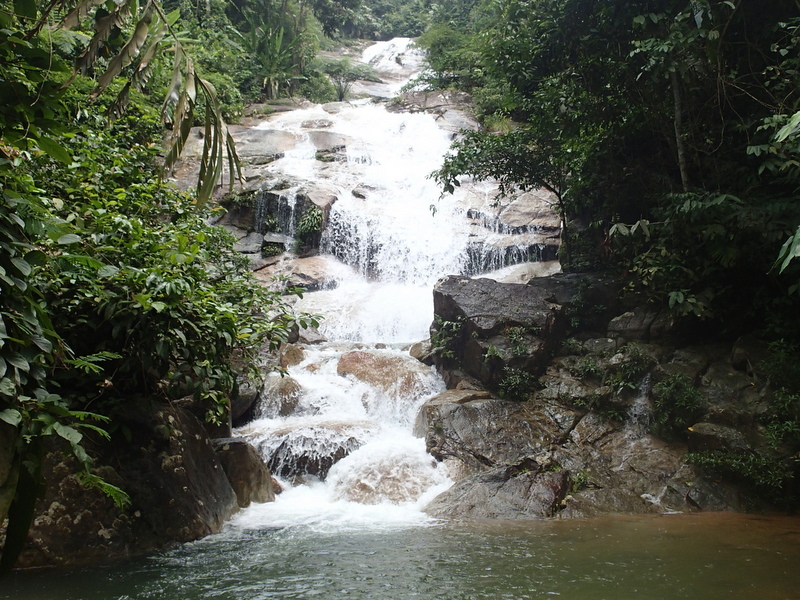 During our hike of about 5 hours we did not meet a single soul. When we arrived it started to rain for a while, but after the shower, the sun came through again, so we had coffee and our lunch. Unfortunately, with the sun came also the sweat bees, many of them, and with (or because of?) all my precautions, I got stung again. A tiny sting in my finger, but it resulted in a swelling of my hand that lasted for more than one day. I did not have to use my Epipen, but it was worrying. Maybe I must stop going to remote places in the jungle. Here are some more pictures.

We had some rain…. cold…

Last weekend it was Deepavali, the Hindu festival of light. In the Ikana/Ikea shopping center, a beautiful, elaborate, kolam was created. 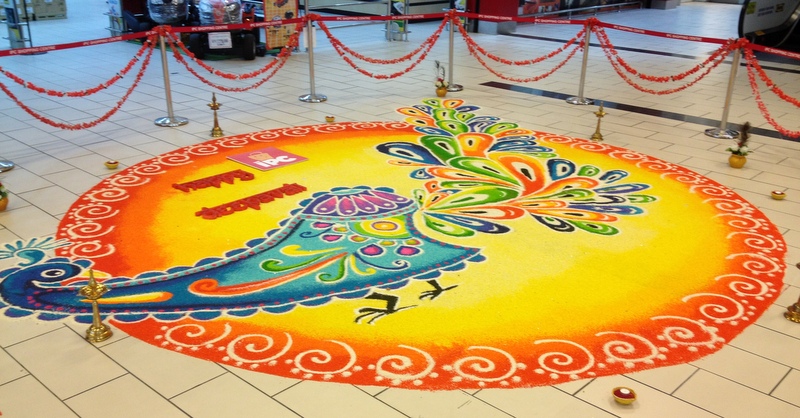 I spent the weekend in Taiping with my friends George and Jenny. Of course we visited the Lake Gardens, but also the ruins of the New Rest House. With May, another friend, I attended a delicious Deepavali lunch, offered by her Indian friends. I also took part in the Kathina festival, see my separate post. Here are some Taiping pictures

Bridge near the temple