It is almost one year ago that I gave you an update about the Solar Sunspot Cycle 24. For those who have not read those earlier posts, a short recapitulation. 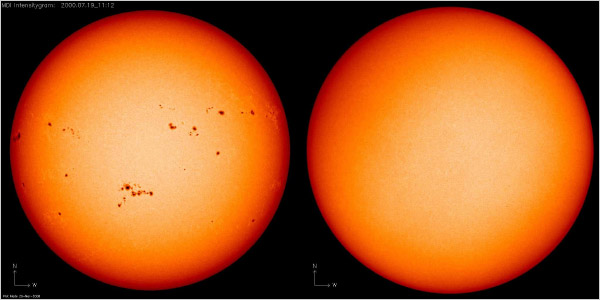 This periodic behaviour was discovered in 1843 by Schwabe, a German astronomer. Rather arbitrarily a numbering was introduced, with cycle 1 lasting from 1755 until 1766. We are now at the maximum of cycle 24. In the picture below the ‘average’ number of sunspots is shown as a function of time, for cycle 23 and 24, updated until November 2013

As you see, the maximum is considerably lower than the maximum of cycle 23. And that is the reason that I have published my earlier posts, for example Don’t worry, our Sun is not dead. You can read more background information there.

Here is a graph showing you the large variation in these sunspot maxima during the last 500 years. In the last 50 years the sunspot activity has been unusually high, whereas in the second half of the 17th century there was hardly any activity at all. This period is called the Maunder Minimum, whereas the last 50 years are sometimes called the Modern Maximum. Another period of low activity occurred in the beginning of the 19th century: the Dalton Minimum. 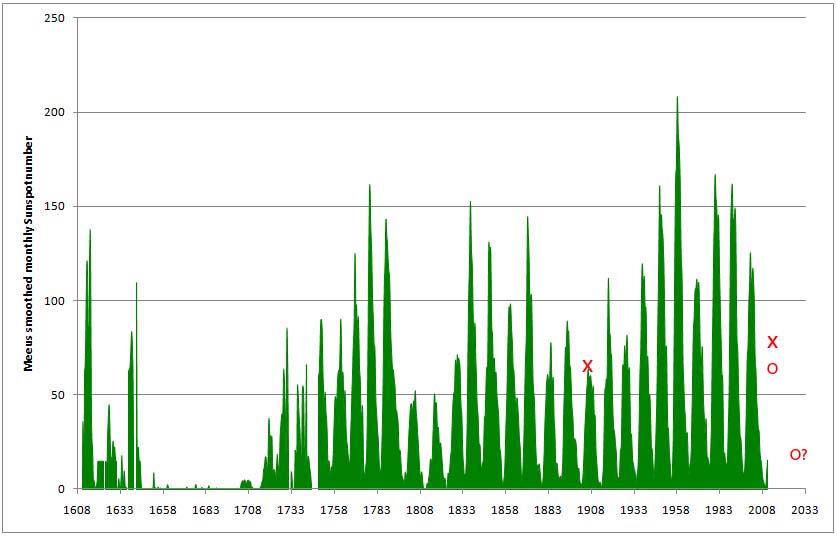 So now the burning question is: are we on our way to a new minimum

The picture above I have used already in my post, one year ago, How is the Sun doing these days? At that time the prediction was that the maximum would be about 76 and I had marked this maximum with a red cross, comparing it with the low value of 64 in 1906. Now, one year later, we have reached the maximum and it is even lower than predicted, ~ 65 (red circle). Although it is a bit early, a few predictions have been made already for cycle 25, which will peak around 2024. Peak may not be the right word, because the maximum might be as low as 7!

If we are going to a new minimum, will it be Dalton-like or Maunder-like? No one can tell at this moment. We do not really understand much of the underlying mechanism. When we study the Sun in visible light, it looks peaceful, with occasionally a few spots..:-). But look at the Sun in the ultraviolet region, and you see how violent it is. 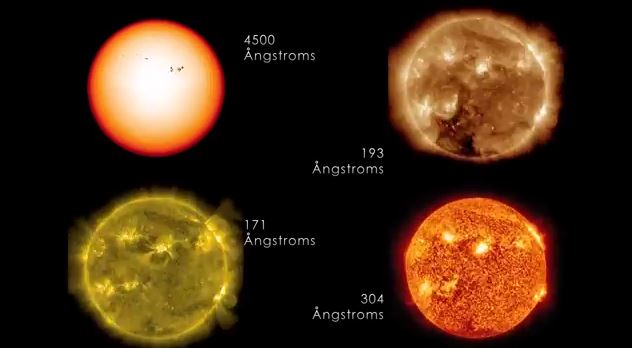 Is there a relation between the periods of large/small solar activity and the climate on Earth? During the  Maunder Minimum we had the Little Ice Age.  Is the Global Warming fully due to the hothouse effect of carbon dioxide, or has the Modern Maximum also its influence? This is a sensitive topic, that I will not touch. The next decade we will hopefully learn more.

For more information, here is a very readable article in Sky and Telescope (published already two years ago): Is the Sunspot Cycle About to Stop?