During the rainy season (Vassa), Theravada Buddhist monks don’t travel and are going on retreat in a temple or monastery. When the rainy season is over, traditionally in October/November, the end of this 3-month retreat is celebrated during the Kathina festival.

The (legendary?) background of this festival is so interesting that I can not resist the temptation to tell you a bit about it.

A group of bhikkhus (monks) was on its way to the Buddha, when the rainy season started. Not to damage the harvest, living creatures (and themselves), they decided to stay where they were, although unhappy about the delay. After the rains stopped, they continued their travel. When they reached the Buddha, to console them, gave them a piece of cloth to stitch a robe. To stitch a robe, you need a frame, which is called a kathina. A detailed account can be found here

Nowadays the devotees offer this cloth (and other items) to the monks during the Kathina ceremony. This ceremony takes place in many locations in Malaysia, but is especially popular in Taiping, in the Sasanarakkha Buddhist Sanctuary. I have visited this beautiful, quiet sanctuary on the slopes of Maxwell Hill quite a few times.This time it was still beautiful, but not quiet with a few thousand visitors. 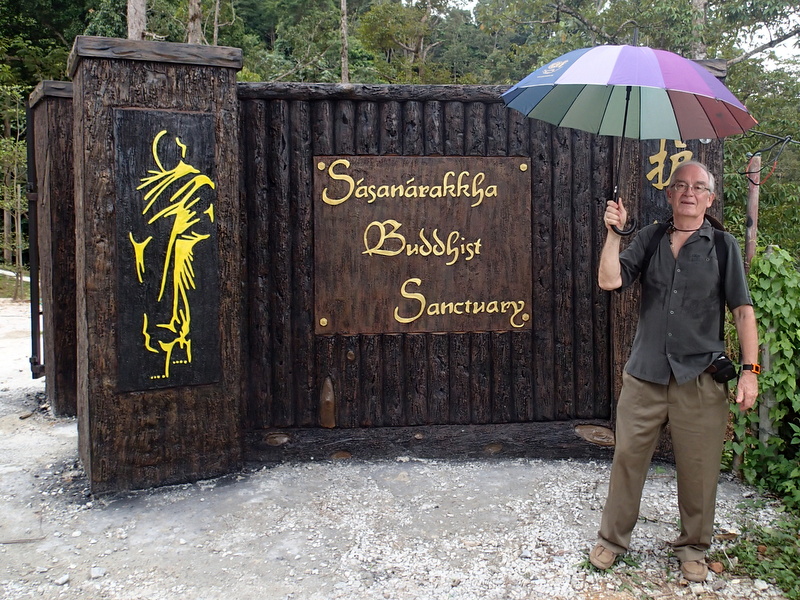 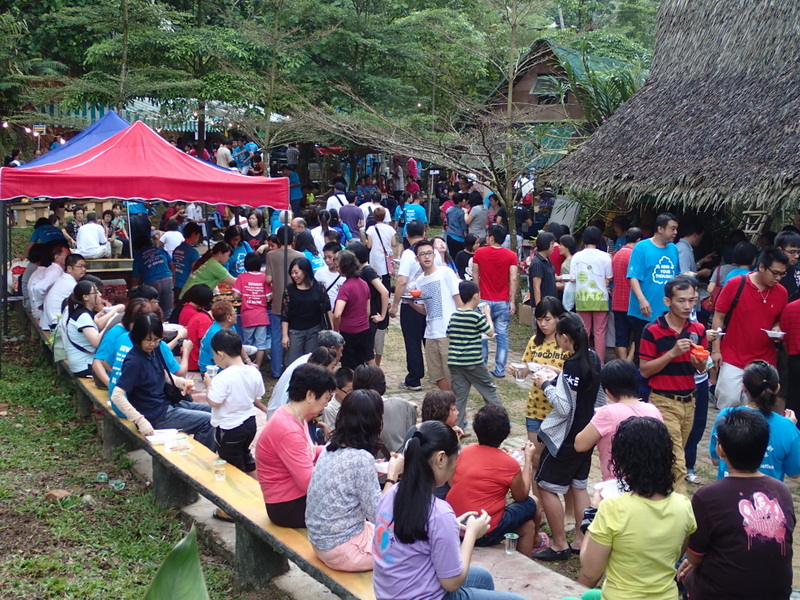 We went up early Sunday morning, as Jenny was a volunteer at one of the many food stalls. Food stalls, yes, because this is Malaysia, no celebration without food…:-)  Probably many visitors mainly came for the free food.

Jenny and friend at their stall

Free food for everybody

The Kathina procedure is as follows: the monks (this time there were seventeen plus three nuns) walk along the long row of devotees, who put a bit of rice in the alms bowl of each monk. They then proceed to their seats, where the robes and other items are given to them. One of the monks then gives a talk. It is finished around noon. Officially the cloth has to be sown into robes before the end of the day, but I don’t know if that is still the case nowadays. Here are pictures of the event.

The platform for the monks

The packages with the cloth

Here are the monks

And a younger one

Waiting to offer the cloth

Pleased with the gifts

Talk by one of the monks

The event was organised very well, one organiser told me there were about 400 volunteers! On our way down, we passed one of the buildings of the sanctuary. This may be where the cloth is sown into robes, as I found a picture on the Internet, which seems to be taken inside this attractive building. 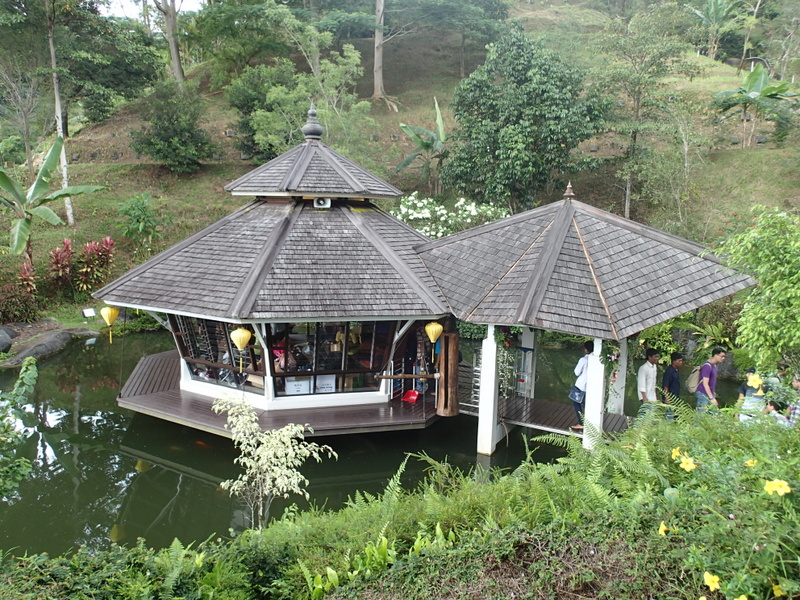 This was the second time I attended Kathina, it will hopefully not be the last one.