It’s a long time ago that I wrote my last regular journal! Time for an update, in chronological order.

Durian trip with Joe Yap. Joe has a relative in Kg Chetang (near Raub) who has a durian farm. When she told me that she would go there and if I would like to join, I could not say no, of course..:-)  After a dim sum breakfast in PJ we went to the farm. It was high season, we had a lot of Musang King and Joe’s friends bought a lot to bring home. After having (too) many durians we used the traditional way to remove the smell .  Wash your hands with water flowing over the husk, and drink water from the husk. Does it really work? Not sure, but it was fun.

Trip to the Chiling waterfall with Edwin, Janine and friends. I must have visited this waterfall more than a dozen times in the past decade, the hike with its many river crossings never gets boring…:-) This time our target was the remote top Chiling fall, also known as the Jewel of Selangor. As the friends of Janine were newbie hikers, they decided to stop at the main fall. Edwin, Rani and I continued, ignoring a recently placed signboard…:-)The reason for this signboard is apparently that accidents have happened at the upper falls. It’s another hour hike to this top fall. Beautiful pool.

End of the sanctuary

More waterfalls the next weekend. Through my waterfall website I had come in contact with Ibrahim, a waterfall explorer from Perak. He suggested a waterfall recce in the Sg Siput region. I have reported about this trip in a separate post: Sg Siput Waterfall Recce Here pictures of the waterfalls we visited.

Another waterfall visit, this time with our British friends Pat and Roger. We went to the Chamang waterfall near Bentong. On our way back, we took the old road, passing a hot spring that has recently been renovated. We decided to have a bath here and as usual we ended the day with a nice dinner.

The following weekend  for a change not a waterfall but a mountain! My friend Rani had organised a weekend trip for his (teacher) colleagues with their families to the Cameron Highlands. Plan was to climb Gunung Irau, would i like to join? I am not really a mountain climber, but Gunung Irau, with its mossy forest, interested me, so I accepted his invitation. They had rented two apartments in a Brinchang hotel, for twelve adults and numerous kids. I was a bit shy in the beginning, as probably were Rani’s colleagues too…:-). But what a nice group!  And I was poplar with the kids, one of them immediately ran to me and called me “apek”, grandfather!

The ladies, many of them teachers too, did not join in the hike, but prepared delicious Malay food. And of course went shopping..:-)

Preparing for the hike

The next morning we drove to the trail head and started our hike, together with numerous other climbers, because Gunung Irau is a popular destination. Here is our group, at the start and at the summit. Small detail: as you have to grab trees often during the climb, Rani had bought gloves for me. They were useful, although, as my friends pointed out, I was using them inside out…:-)

The trail head is at 2000 m, the summit at 2110 m. Distance 2.4 km. Easy hike?  Forget about it. You have to follow a ridge which goes uphill, downhill, uphill, downhill and so on…Here is a collage of my struggle with Gunung Irau. As you can see, much of the mossy forest has been destroyed because of too many visitors, causing the trail to become extremely muddy. 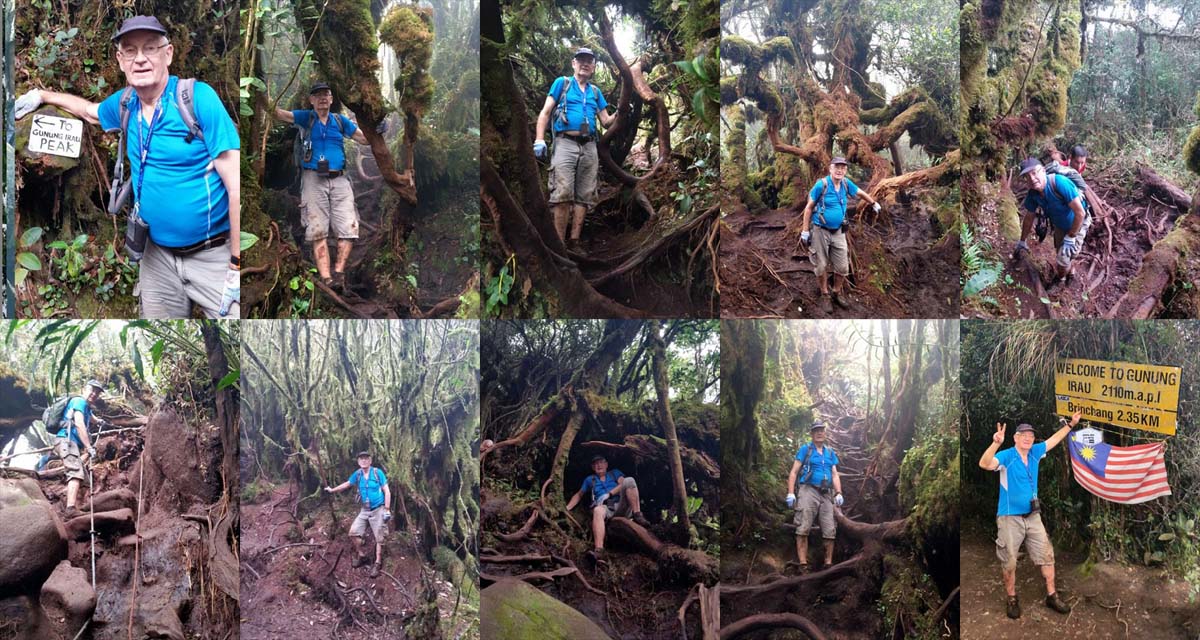 But I reached the peak! Many people there congratulating me that I, a senior citizen, had made it…:-).  Then it started to rain. The hike back was very tiring. Happy that I made it, but this was a once in a lifetime experience for me. 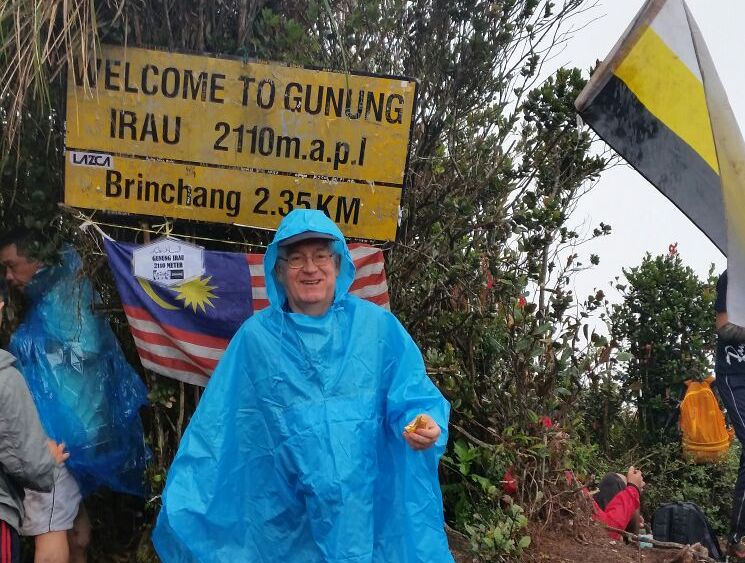 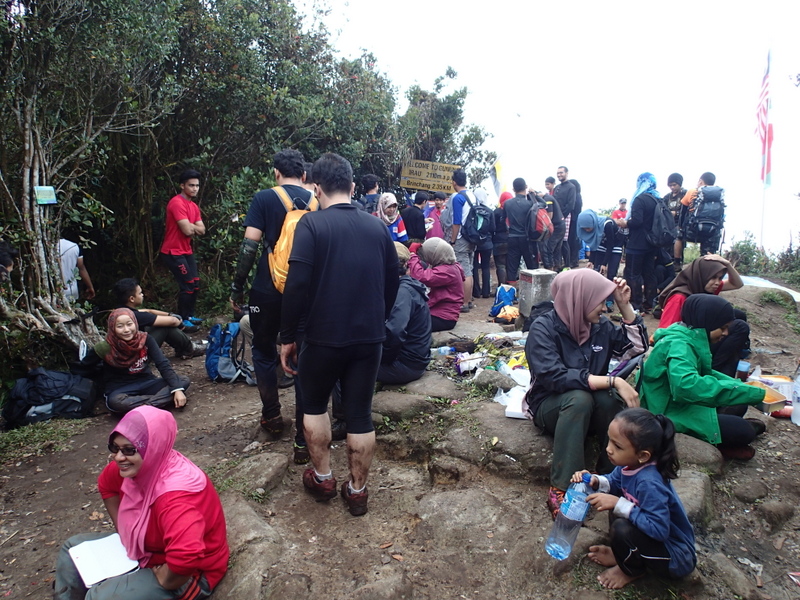 Latest news: The Gunung Irau trail has now been closed to the public, effective Oct 1 until mid-2016. I hope it will help.

Good that I had a few days to recover before Aric and I left for China with Pat and Roger..:-) The 14-day trip was the result of a promise made by Aric, a few years ago already, to show them China. We started in Xi’an, followed by Suzhou, Zhouzhuang and finally Shanghai. I took more than 1500 pictures and it will take time to write a detailed report about this fascinating trip.  Here an impression.

Venice of the East

We celebrated the Mid-Autumn (mooncake) festival in Kepong, where Aric’s uncle lives. The family had booked a lok lok car. Lok lok is a Malaysian specialty, a bit similat to steamboat. It was a happy celebration, because Aric’s mother after suffering a stroke in August and being in hospital for some time, now had recovered, so she could attend the celebration.

I will do my best to update this blog more regularly…:-)