The Pak Ou caves are located about 30 km north-east of Luang Prabang and can only be reached by boat over the Mekong river. They are famous because of the countless  (often small) Buddha statues in the caves.  Every day numerous longboats bring hundreds of tourists to these caves.

A stop to take petrol

Our first stop was at Ban Xang Hai , the “whisky village”. The villagers use sticky rice to make rice wine and a much stronger (50%!) liquor. Taste is not bad. They also do weaving. A bit of a tourist trap.

Landing at the whisky village

How the liquor is made

Arriving at the cave, we were told that we had 45 minutes to explore. I had been here a long time ago, in 1998(!) and I have a vague memory that we were about the only visitors, which contributed greatly to the atmosphere. Now it was very different with the crowd. Not easy to take pictures without people in it. 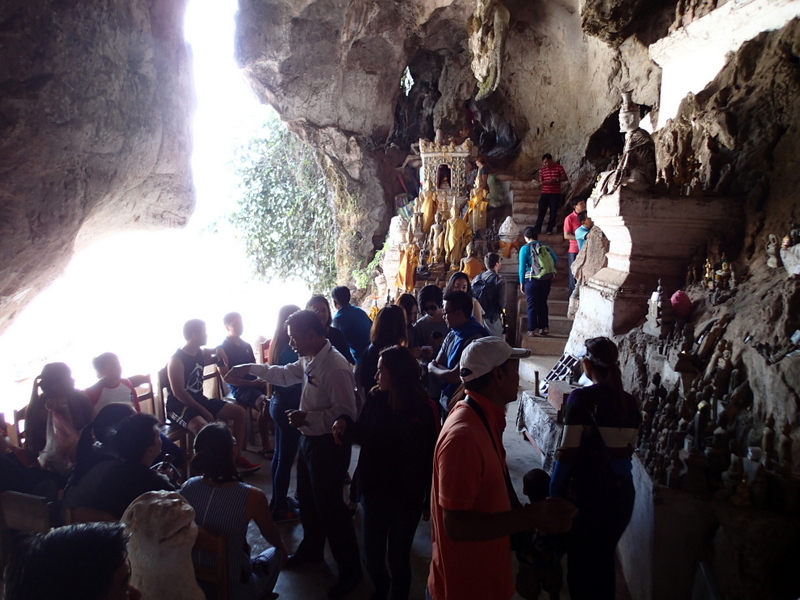 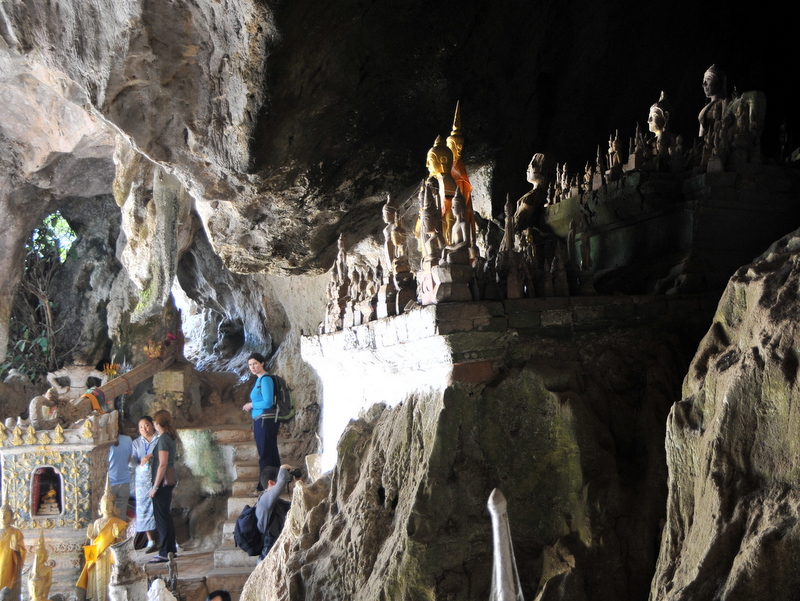 But we have done our best..:-) Here is a collection of Buddhas without people.

To reach the upper cave, you must climb a flight of steps. And you need a torch, no lighting here. Unfortunately we had hardly time to explore.

Going back took less time, because now we were going downstream. On our way back we dropped two passengers at the Elephant Camp, another tourist attraction of Luang Prabang.

The boats are waiting

Back in Luang Prabang

Is the trip worthwhile? Yes, it still is, but better you rent a boat and avoid the peak hour. For the two of us it was too expensive, but when you are with a few more people it is worth it. Also you will have more time to enjoy the cave.

Here is a view from the cave of the Mekong river with the silhouette of a serene Buddha and a GE map of the trip. 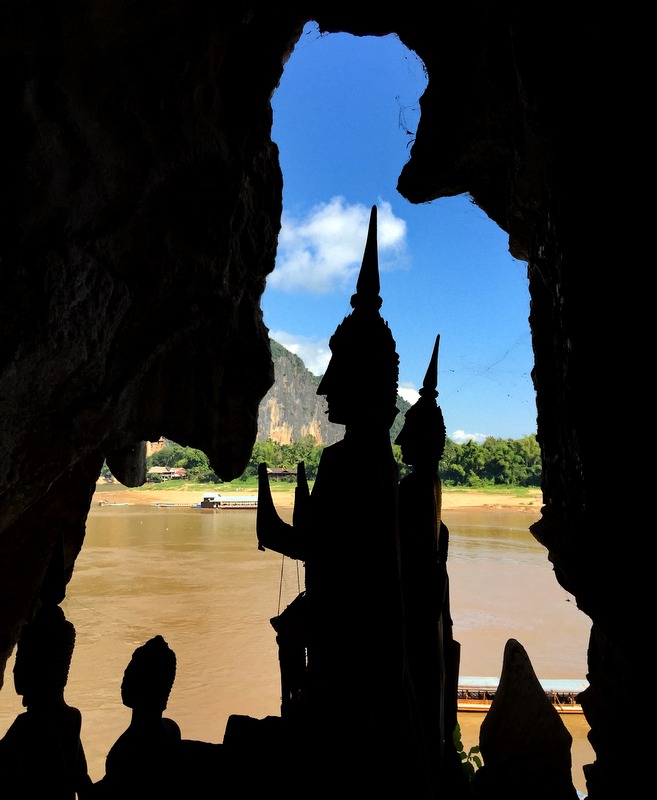 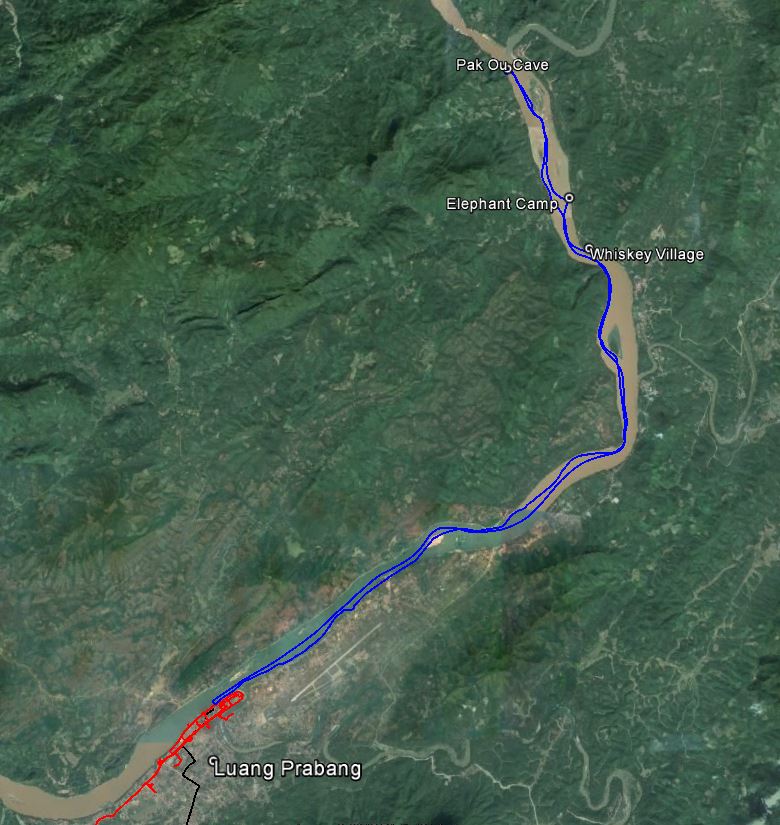