Because I am the owner and webmaster of the Waterfalls of Malaysia website, my friends call me sometimes the Godfather of the Waterfalls, so it makes sense that I also have Waterfall Godsons..:-). Three of them at the moment, Siang Hui, Teoh and Nick. Siang Hui knows a lot of virtually unknown waterfalls and when Teoh a few weeks ago proposed to make a waterfall trip, SH suggested Jeram Janggut in Negeri Sembilan. An easy hike, he promised.

As it was rainy season, we decided to start early. At 7 am Teoh picked Aric and me up from our home and we drove to Sg Long where we met Siang Hui and Nick. After breakfast we continued in Teoh’s Hilux. 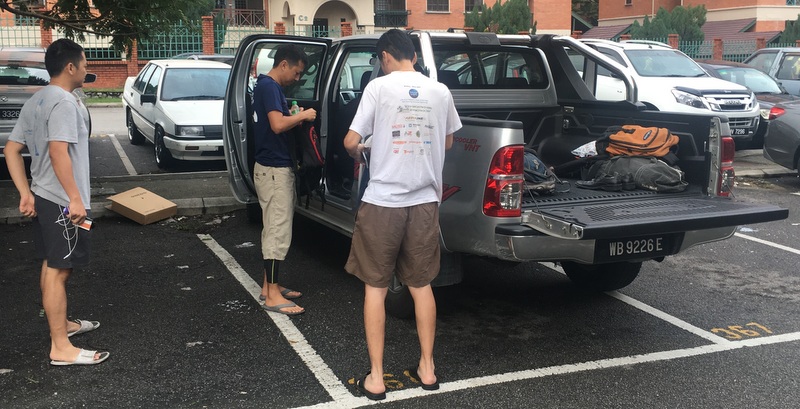 It was quite a long drive to the trail head, first to Seremban, from there to Kuala Pilah. About 7 km before Kuala Pilah a minor road leads far (~20 km) into the mountains. If you have a hard-core 4WD you can almost drive to the fall. We started hiking at 10 am, walking the last few km. Here is my gang, from left to right Siang Hui, Nick, Teoh and Aric. 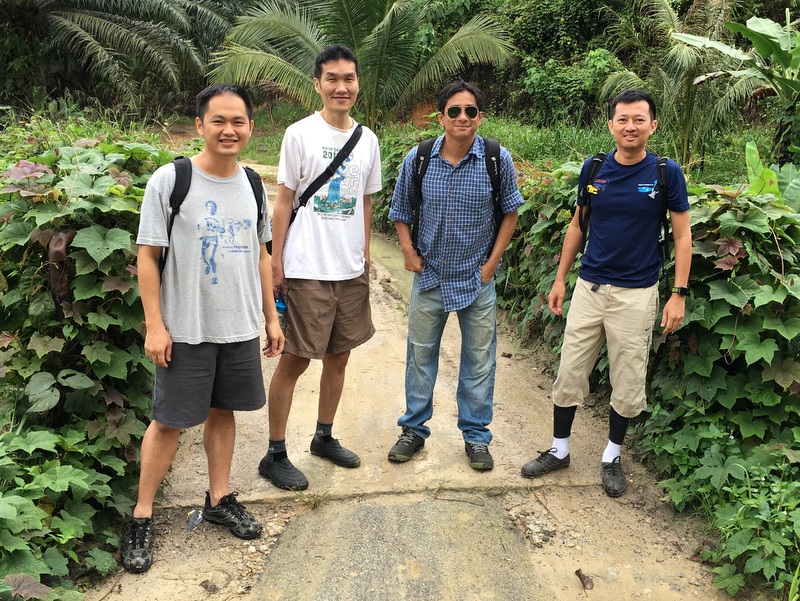 The route took us through a plantation, easy going, although often muddy and sometimes confusing because of several splits and junctions.

The bridge where we started

Through a rubber plantation

Staying close to the stream

Sometimes confusing how to continue

We wanted to keep close to the river, so we took this small trail, which ended at an abandoned Orang Asli house near the stream. Maybe we could have river trekked to the fall from there, but we decided to go back and follow the main road 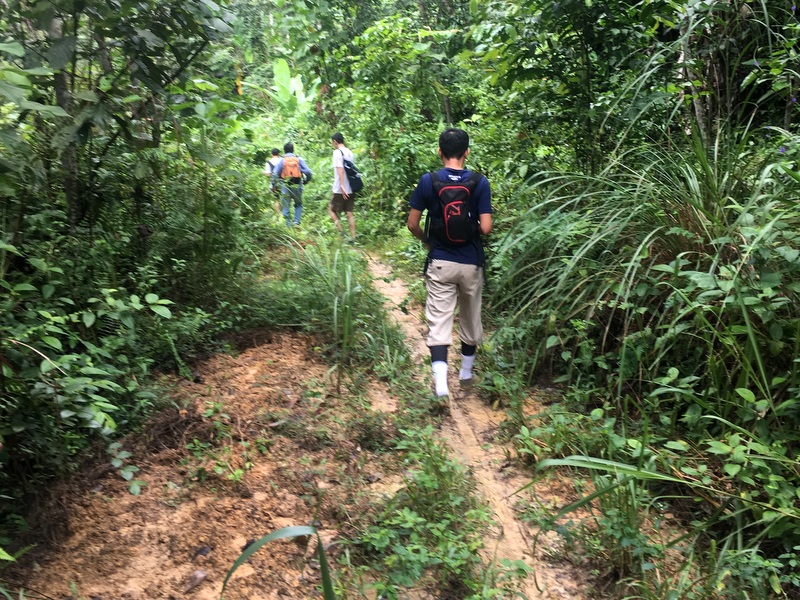 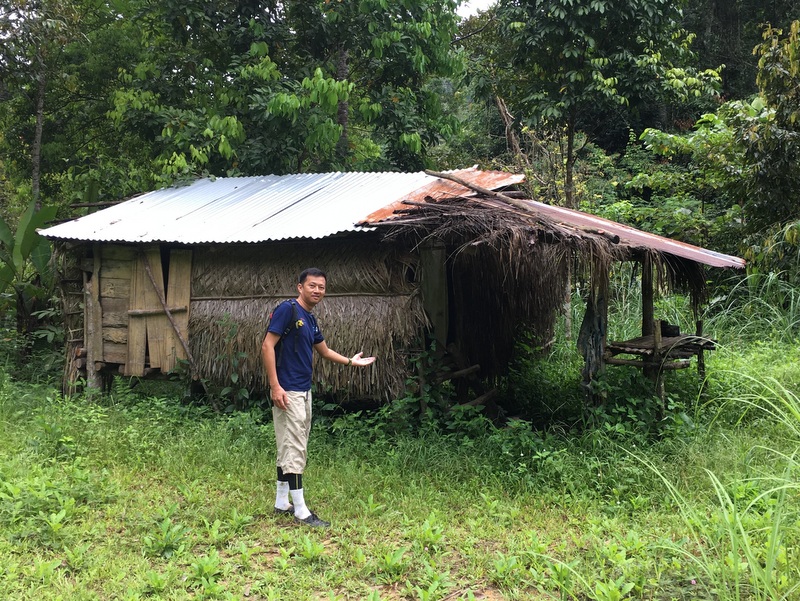 That meant that we had to cross a ridge, first going up steeply, nice views of the surroundings, then going down again. A signboard, “Not allowed to use poison or explosives for fishing”, meant that we had reached our goal.

The Jeram Janggut waterfall is not spectacular, but nice, with a large pool. 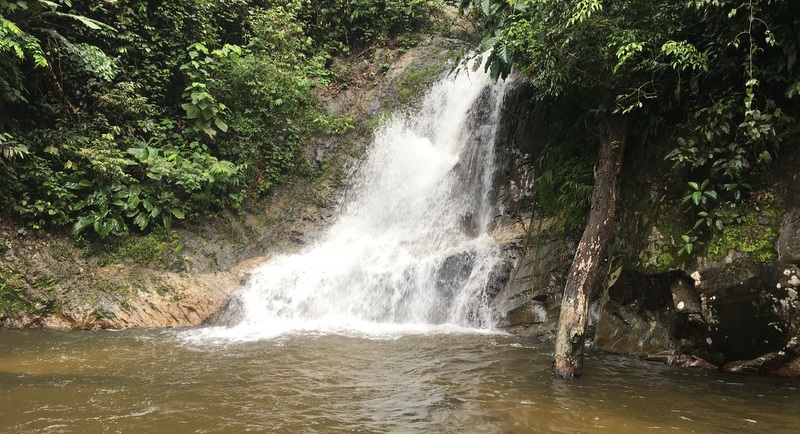 We frolicked around, had coffee and of course took pictures.

Here is a short video of the fall.

We didn’t stay too long, as clouds were coming in, but before we left Aric used his iPhone on a tripod to take an “official” picture of our gang. I am very pleased with the result, we all look good and happy. 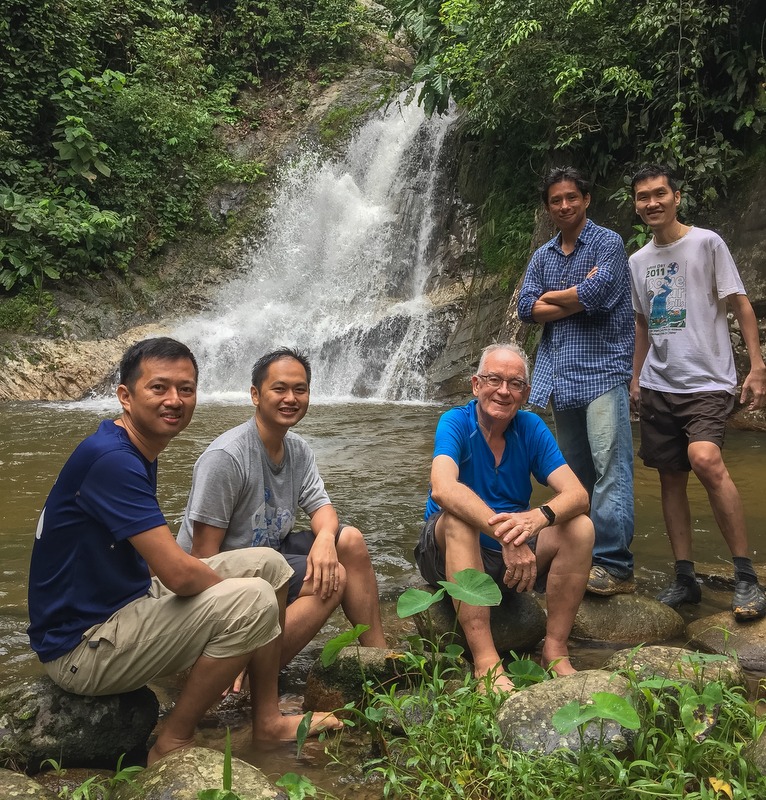 There is a lower tier of Jeram Janggut, quite nearby, but you have to scramble down a steep slope. We just had a look from above. 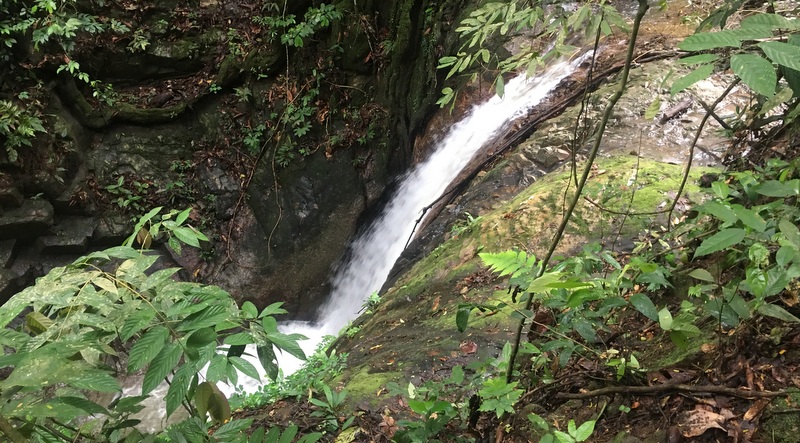 Here is a video of this lower tier.

Going back to the trail head took us about one hour. Watching the butterflies having their lunch, we also got hungry…:-) 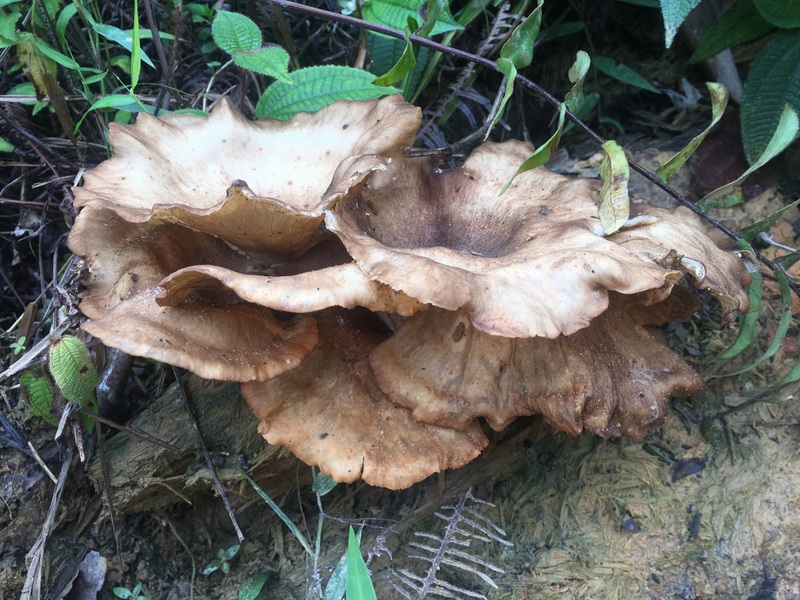 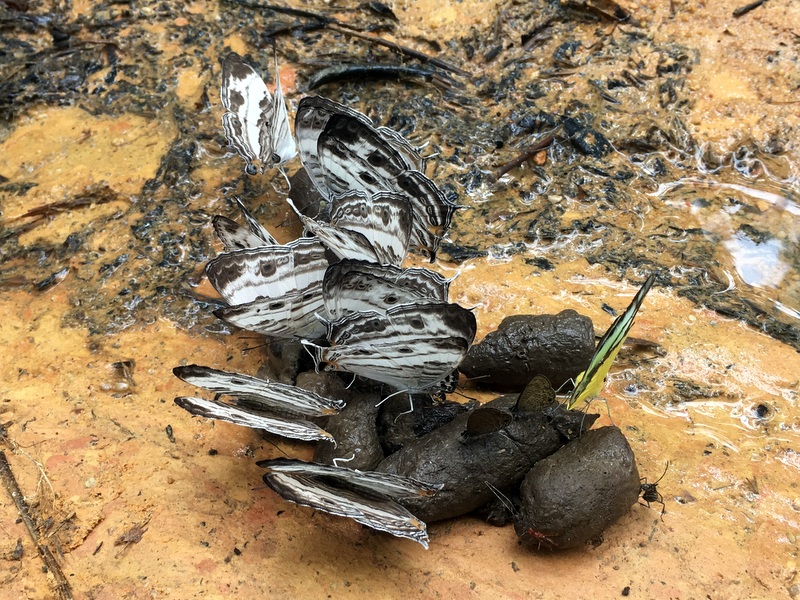 We where just in time, when we reached our car, it started raining! Just where we reached the main road, we found a Malay stall, serving Assam Laksa, nothing special according to Aric (our assam laksa expert!) but delicious Kelapa Cendol.

We had lunch here

It was a nice rewarding trip. The fall can be reached by (hard core) 4WD, we were lucky to be alone there. Here is a GE screenshot of the region. There are several relatively unknown waterfalls in this section of the Titiwangsa range. Jeram Tengkek is on the WoM website, the others not (yet), for various reasons.

Note the red marker. In 1945, just before the Japanese surrender in World War II, an allied Liberator plane crashed here and was only found by locals in 1961. The remains of the plane are still there and it is possible to hike to the crash site. Something for another trip 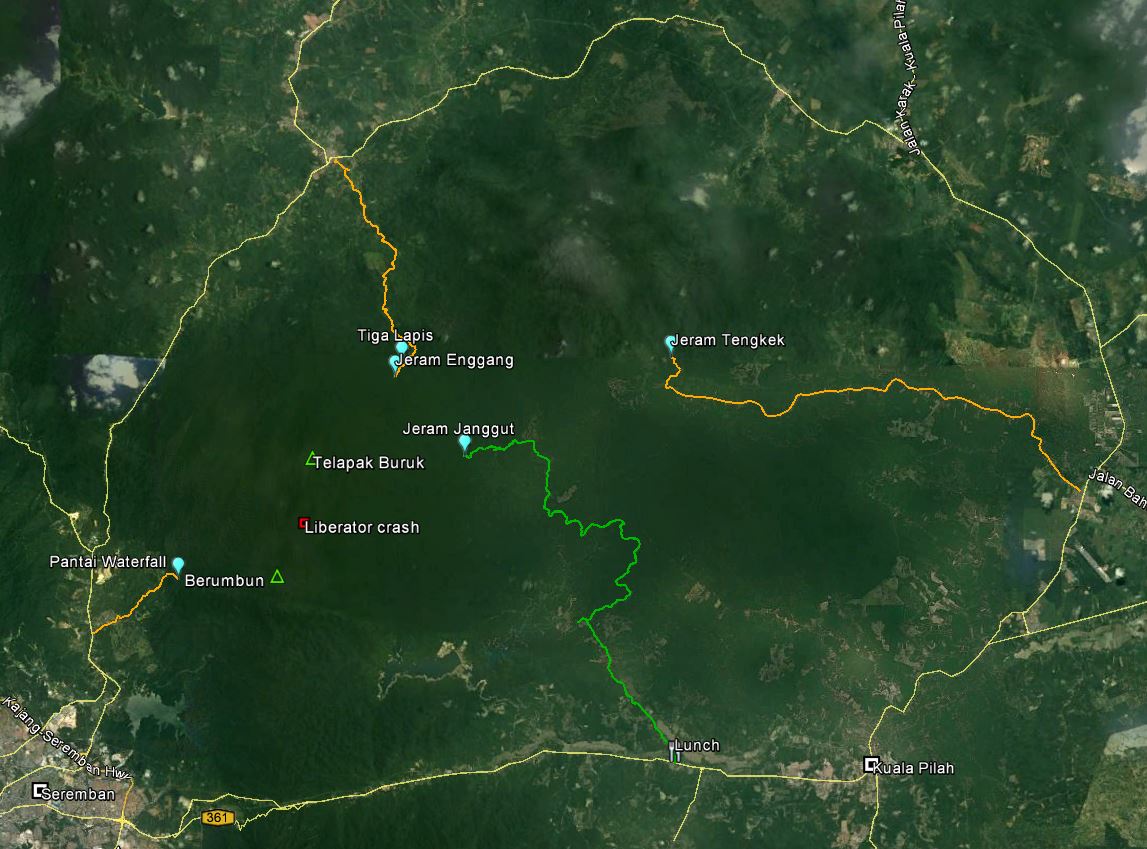 Let me finish this waterfall post with a screenshot of my Waterfalls of Malaysia site, that shows where the visitors of my website come from. I started checking 5 years ago. In those 5 years almost 1.5 million visitors from 190 countries have been visiting the site. Not a bad result…:-)