About five years ago, I have made two trips with my Kiara (walking) and Gang of Four (birding) friends. Searching my archive for something else, I came across the pictures taken during these trips.

The first one was on 8-5-2008. A few months earlier I had discovered a nice restaurant in Ulu Yam, so I wanted to bring my friends there and offer them lunch. A Dutch treat, so to speak..:-). The route to Ulu Yam passes the Batu reservoir, where we took a picture of the group. 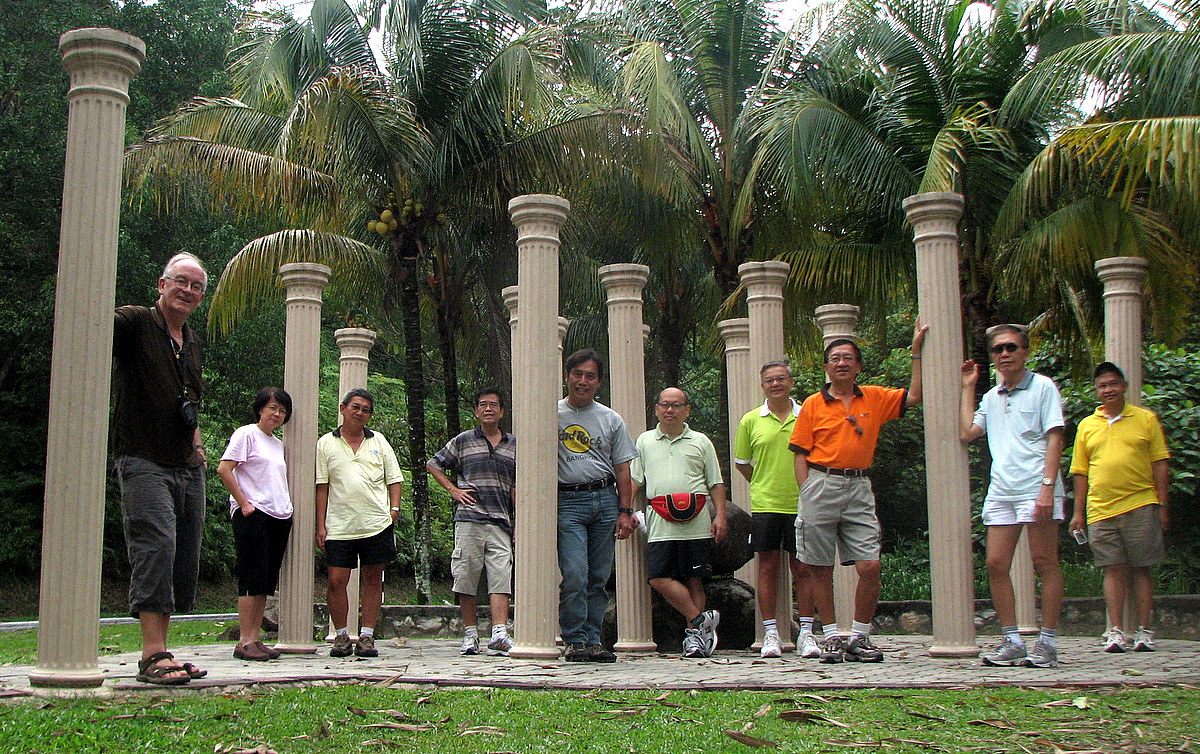 Here are some pictures of the trip. We stopped for a while at the Sg Tua waterfall and then continued to the WK restaurant. Their menu is limited but the quality is good and it is VFM (Value For Money). After the lunch we visited the Buddhist Monastery and Temple near Ulu Yam. It is the Sakya school of (Tibetan) Buddhism that is followed here.

The second trip was a few months later, on 4-9-2008, to the Chiling waterfall. This is one of the most popular waterfalls in Malaysia, an interesting adventure because you have to cross the river several times before you arrive at the fall. During our trip the water level was high, resulting in a strong current, as you can see in this picture 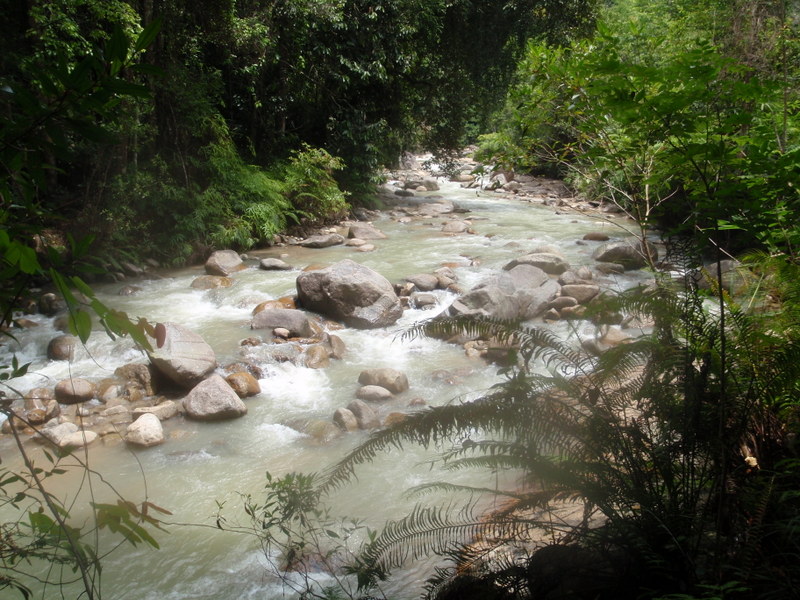 Because of the high water level, crossing was not that easy, but helping each other we managed. 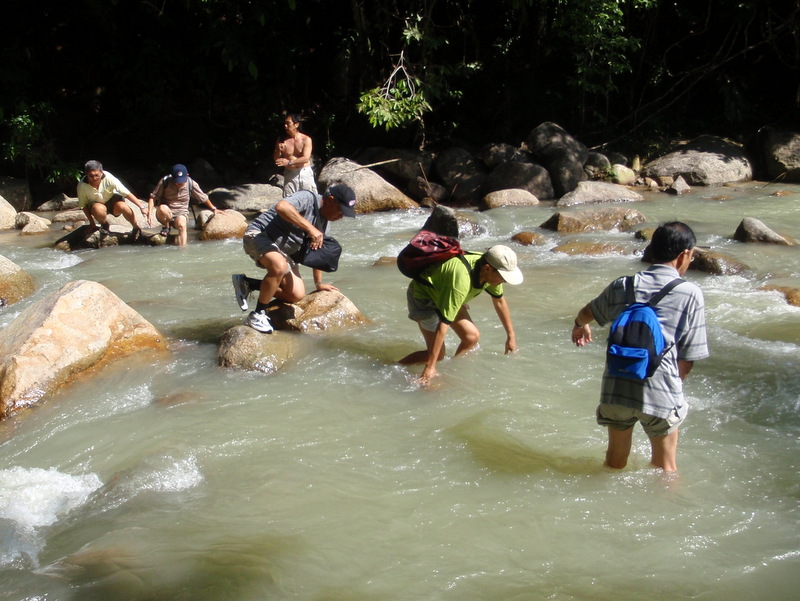 Just before you reach the fall, some scrambling is needed. Also here our fellowship made it easy. 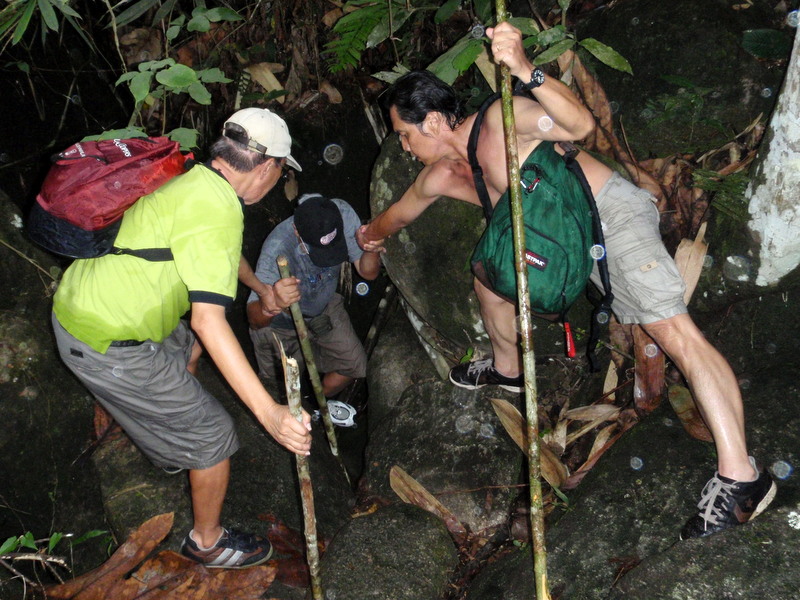 This is the impressive Chiling waterfall. 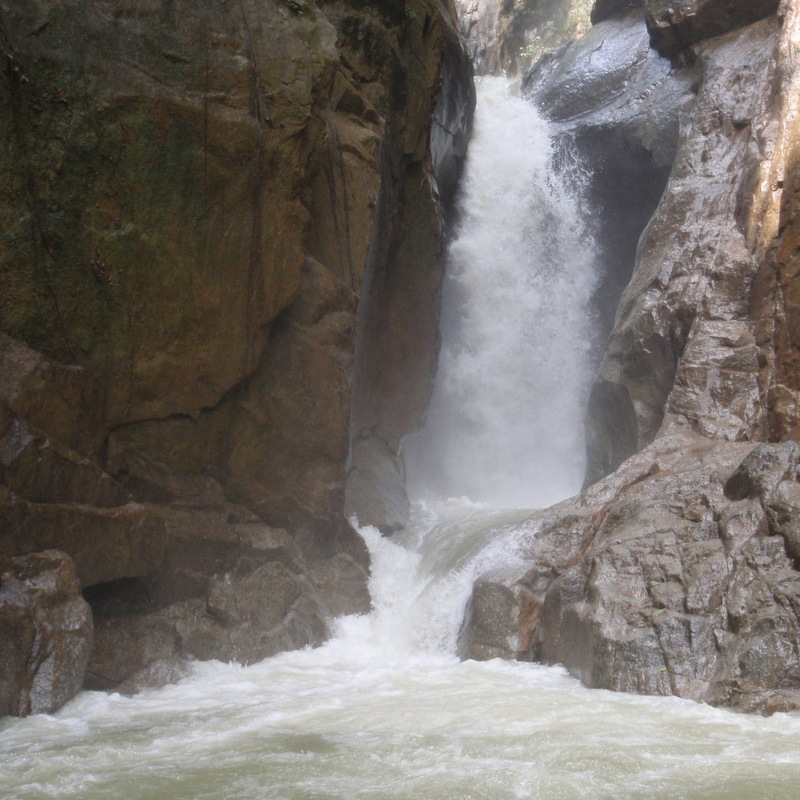 And here is the proof that we have been there. Still so “young” and adventurous…:-) 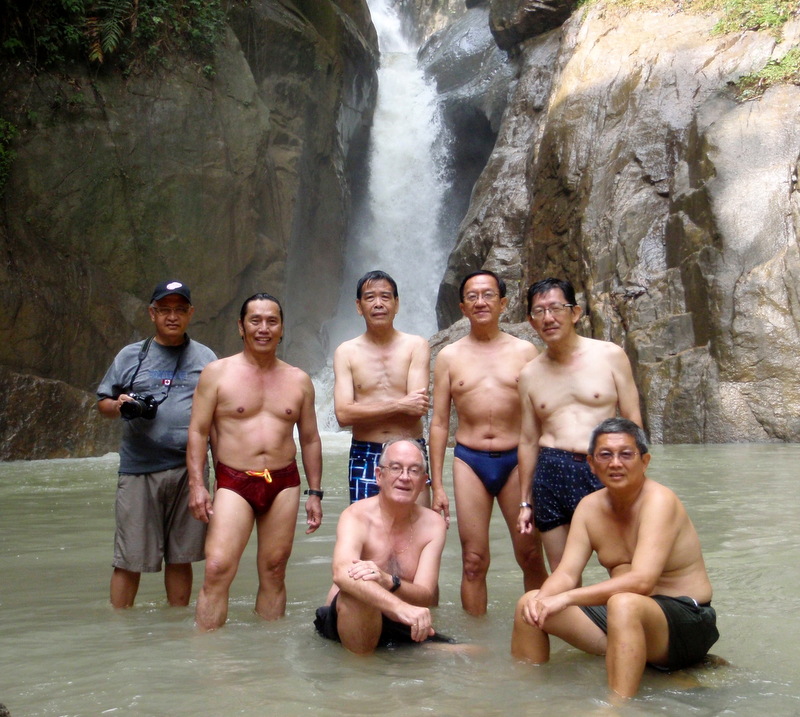 More pictures in the gallery below. Our group was a mixed one, a few birders stayed behind and took pictures, the others followed me to the waterfall. We had big fun at the fall, before we walked back. Lunch was again at the WK restaurant.

What are they looking at?

Just beside the trail!

One of the many crossings

Lunch at WK as a reward

Here are two videos. Quality is not very good, but you can feel the fellowship and the fun we had.