Today, 29-5-2013, it is exactly 100 years ago that in Paris the world premiere took place of Le Sacre du Printemps (the Rite of Spring), a ballet written by the young Russian composer Igor Stravinsky. This first performance caused a scandal, the fashionable Parisian audience almost rioted and made it nearly impossible for the dancers to hear the music. Here is a report in the New York Times, a week later 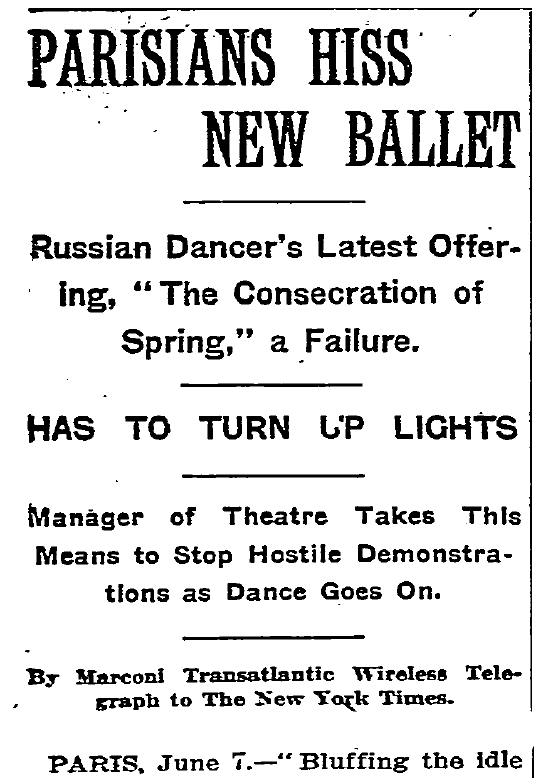 Now the “Sacre” is widely considered as one of the most influential musical works of the 20th century.

The ballet has as subtitle: “Pictures of Pagan Russia in Two Parts“. The first part, named  L’Adoration de la Terre (Adoration of the Earth), is about the celebration of spring. In the second part, “Le Sacrifice (The Sacrifice)”, one girl is selected by fate as the one who will be sacrificed.  In a dramatic finale she dances herself to death.

To give an impression of this first performance, here is a  photo of the dancers in the 1913 premiere. The choreography was by the famous dancer Vaslav Nijinsky. 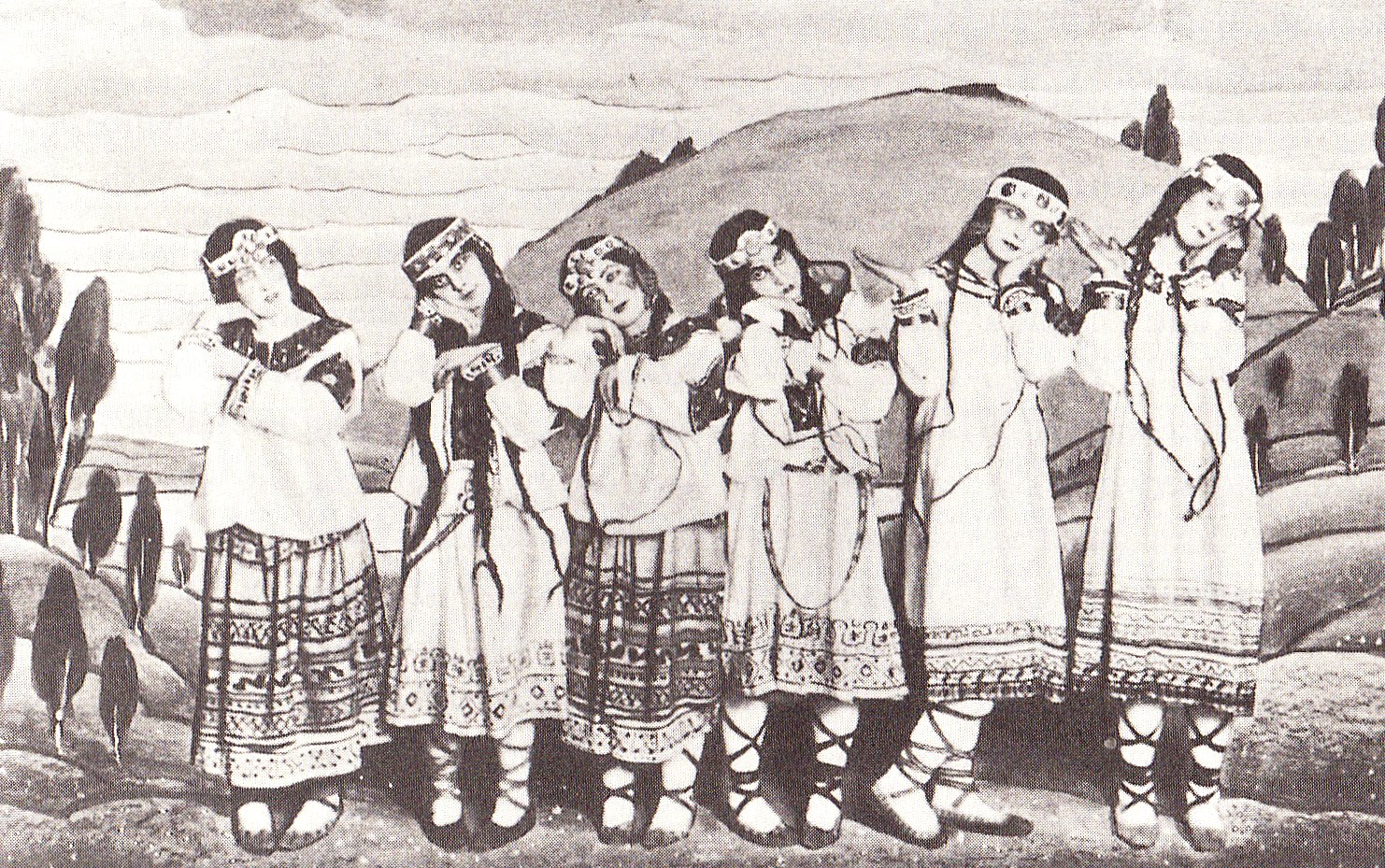 A few years ago an attempt has been made to recreate the original Nijinsky choreography. Even after hundred years it is easy to understand the shock this kind of dancing must have given to an audience used to classical ballet.

Here is a video of the last part of the Sacre du Printemps in the choreography of Pina Bausch, where the selected girl dances herself to death. Note how the male dancer lies down after about two minutes on his back. Then the girl starts dancing ecstatically. Is the man waiting for the girl? Watch this short clip until the end to find out.

Although originally created as a musical ballet, nowadays the Sacre du Printemps is often performed without ballet. The most impressive orchestral performance is for me the one conducted by Jaap van Zweden in the Amsterdam Concertgebouw. But you can find several more on YouTube.

What would life be without music….:-)?