Since 2012 there is one more reason to visit Penang, besides the food and the cultural heritage. During the Georgetown Festival 2012, the young Lithuanian artist Ernest Zacharevic has painted a number of murals, which have become one of the major tourist attractions. Here are two very popular ones, a combination of a painting and an existing object. These two are floodlit during the night, which adds to the atmosphere. 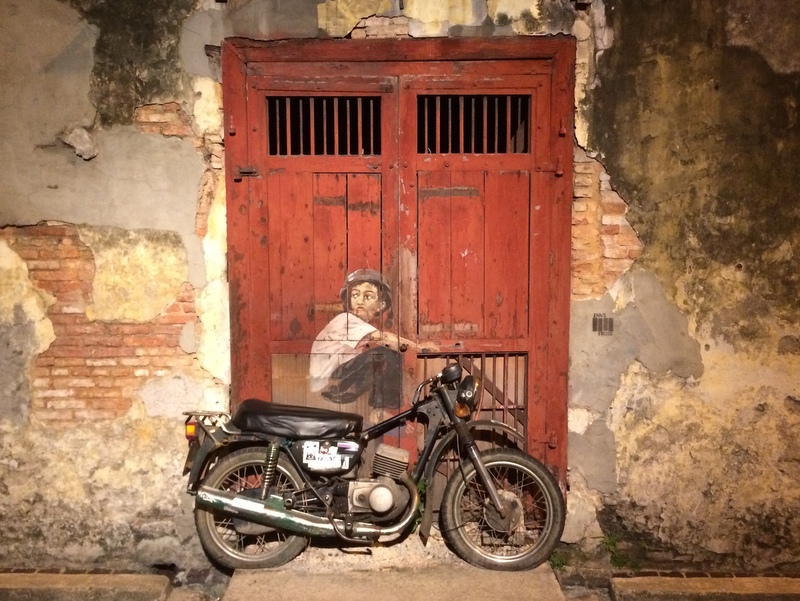 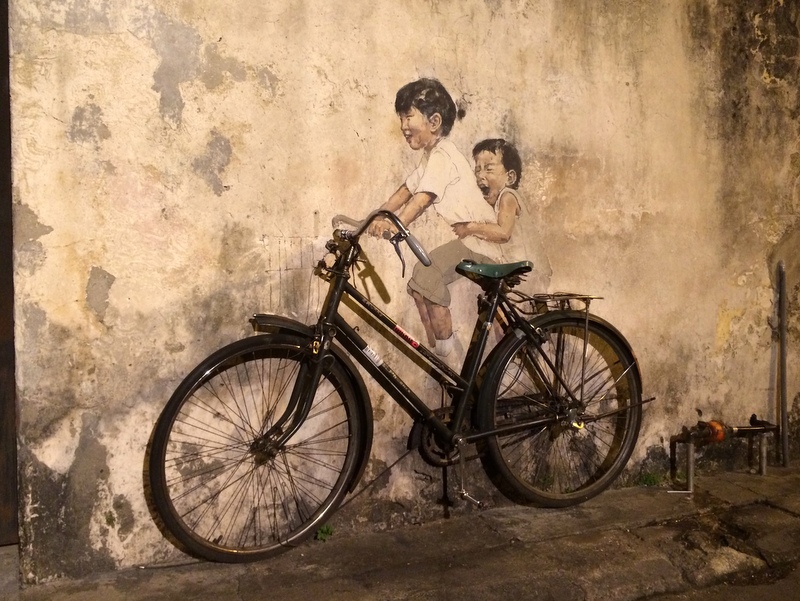 The next morning we visited the rest. This one is called Wushu Girl and can be found at Muntri Street. Tourist arrive with taxis or on rental bikes to take pictures. 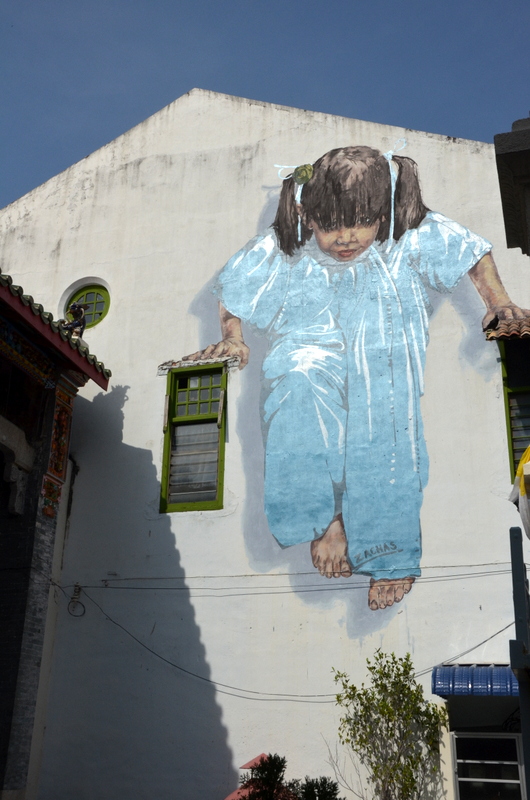 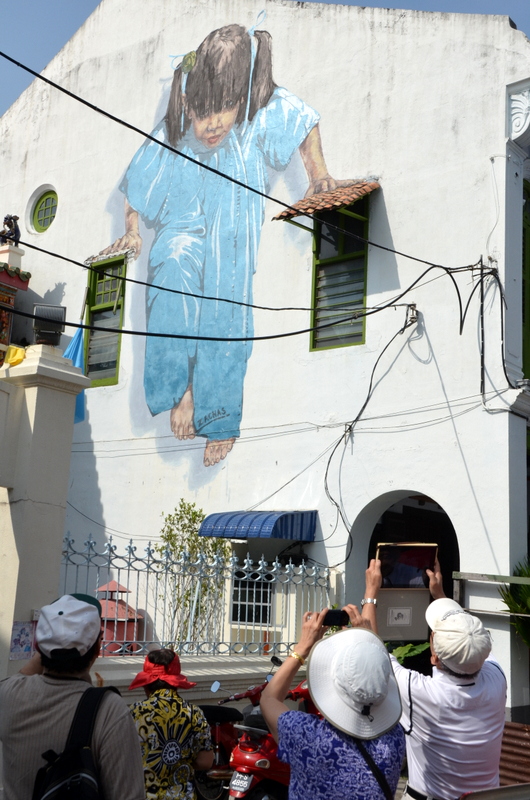 And this is The Awaiting Trishaw Paddler (Penang Street) 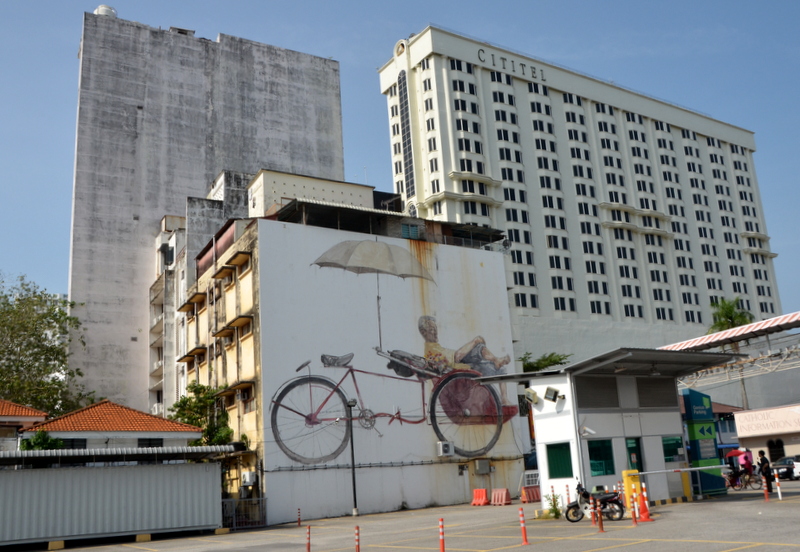 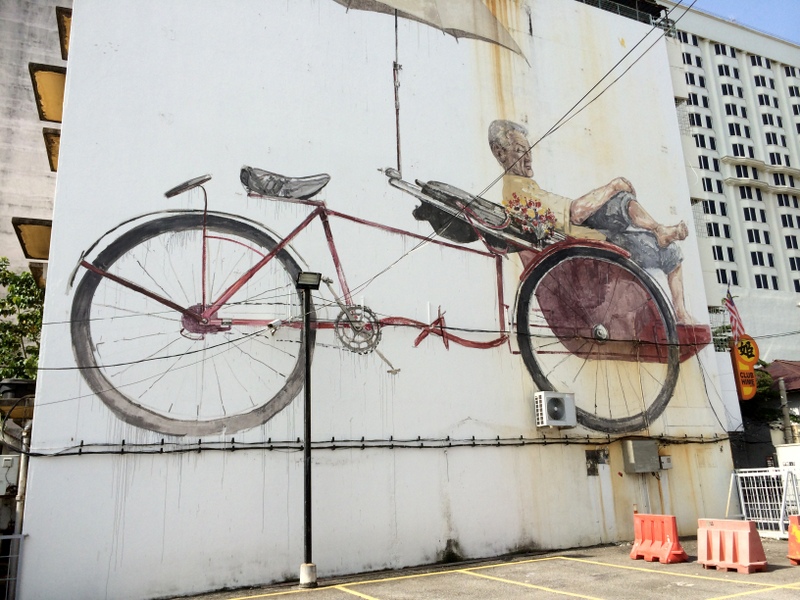 Here are two more. But only the left one, called Reaching Up is by Zacharevic! In quite a few places you will find now similar murals by others, a clear proof how successful the concept has been. 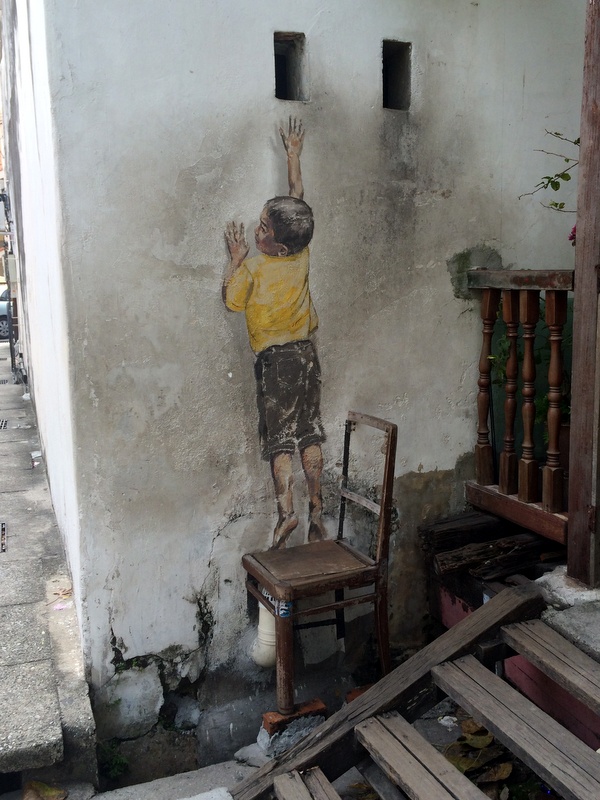 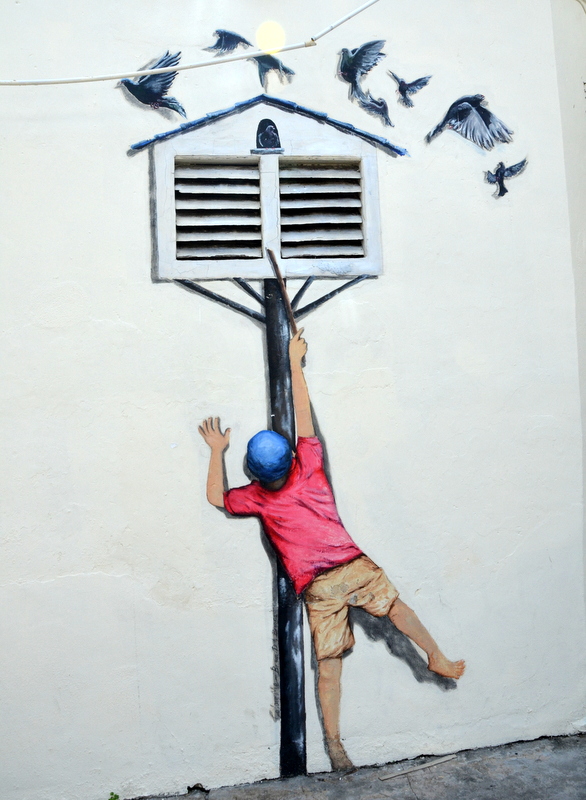 The artist is becoming popular all over the world. In Malaysia he also created works in Kuala Lumpur and Petaling Jaya. And of course the (in)famous one in Johor Baru, depicting a lady and a robber, both in Lego style. JB has Legoland and reputedly a high crime rate. 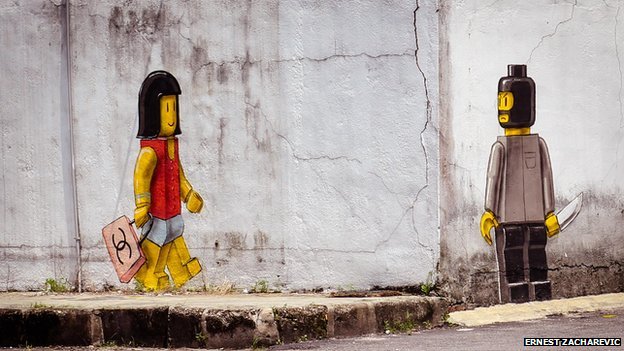 The JB town council was not amused and had it removed within a few days. Ridiculed of course by many, amongst them the Penang council. Art should be respected and free! But when Zacharevic decorated a pothole (which had been there for many years), framing it as a painting, the council acted quickly, and filled the pothole…:-) 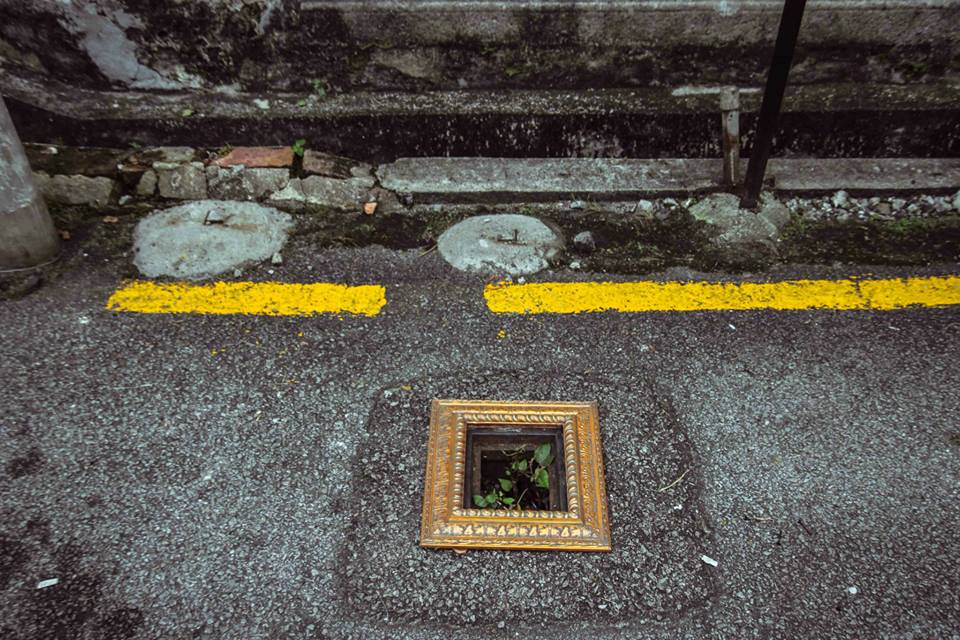 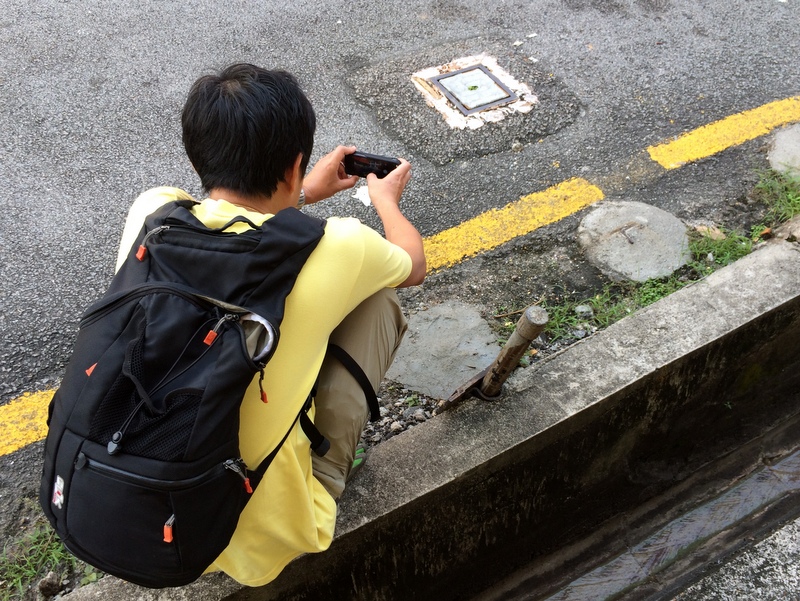 During our visit of Penang an exhibition was opened of (new) works by Zacharevic. We were eager to visit this exhibition but found the door closed..:-(  We could only peek through the fence. The exhibition opens from noon to 8pm daily until Feb 14. Free access. Maybe we should go back to Penang soon.

To find the locations of the Zacharevic murals, you can now install an App on your smartphone! For the other murals you must just walk around Georgetown which is a pleasure in itself. Here is a collection of pictures. The town council has placed a large number of decorative metal wire signboards in the historical center. And a bit outside the center you can find the famous UBAH bird. UBAH means change in Malay, Penang is governed by the opposition, so this bird is both art and a political statement.

The Old Man, when it was fresh

Not done by Zacharevic

Attracted by the lady

A nice sculpture near the bicycle mural

A smartphone app gives the locations

Two more reports will follow, one about Penang and its food, the other one about Thaipusam,