Another journal. Starting with sad news.

On Wednesday 8-10-2014,  Aric’s brother in law, passed away. A few days earlier we had met Victor and his family during a wedding dinner. Here he is sitting to the right with his wife and two kids, still in good health.

During the weekend he developed a fever and on Wednesday Aric took him to the hospital. A few hours later he passed away: blood poisoning (septicemia). How fragile life is. Hectic days followed, cremation on the following Saturday. 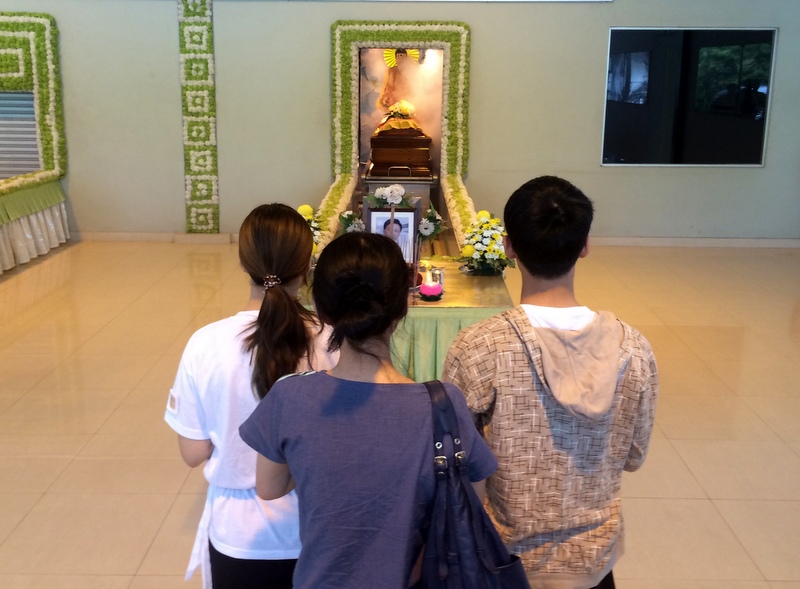 Less than one week later, our planned visit to Japan started. We considered canceling the trip, but decided to go. It was a good decision. Reports about Osaka, Kyoto and Wakayama have been published separately already. Here a picture of a Zen garden.

Back in Malaysia, we were invited for the 60th birthday party of our friend Zen. In a very different style: a polka dot and swinging sixties party. A very pleasant evening!

I am still a regular walker in Bukit Kiara. The original Kiara Bunch has more or less dwindled away, only my friend Boon Chee is left over. So I often walk alone, but sometimes with friends whom I show the beauty of the hill. Here some pictures of two walks, one with Paul, another one with Rani.

Rani and a bamboo bush

Enjoying life in the jungle

When you have been following my blog, you will know that Bukit Kiara is under threat. Development is taking place and the plans to gazette it have not yet materialised. But at least there are plans to protect it.

The situation is much worse for Bukit Lanjan, opposite our condo. The hill is basically the property of real estate developers..:-( Mainly MK Land, but now also Mammoth Empire. We chose our condo in Damansara Perdana mainly because of the splendid view of the forested Bukit Lanjan slope, as seen from our balcony. Have a look at how it was when we bought it, and the present situation!

Interested to buy one of these “villas”? Better first read this forum…:-) 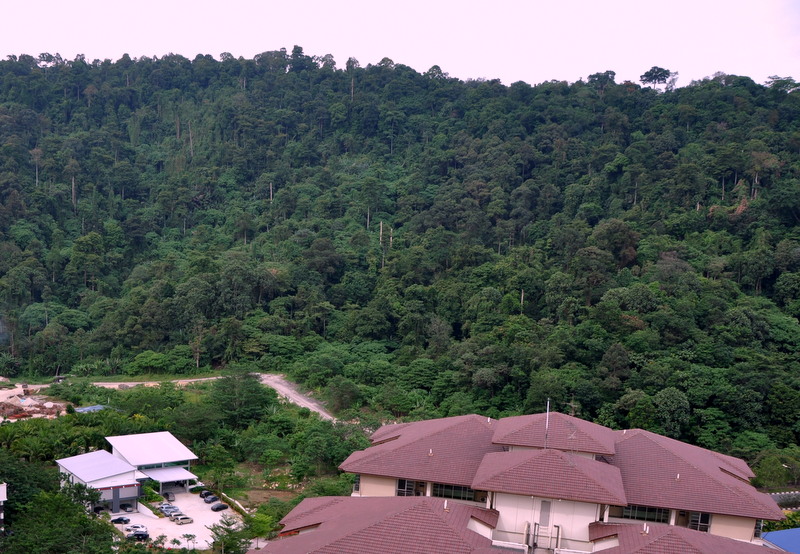 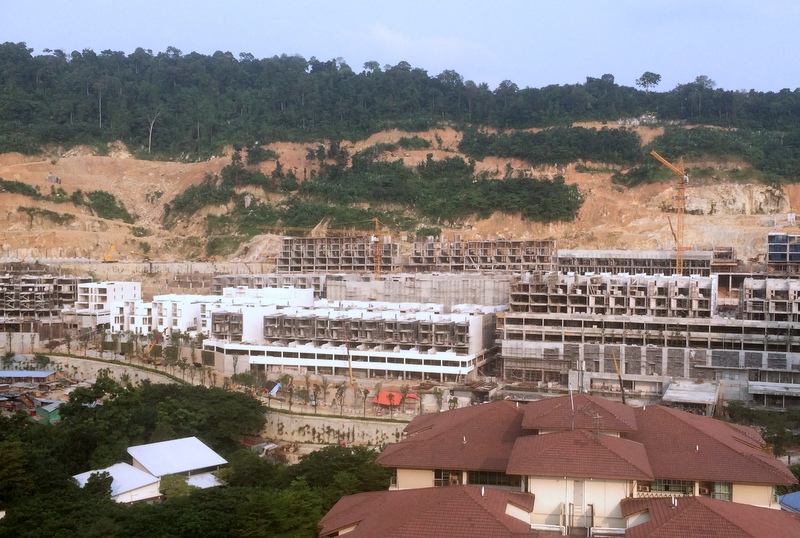 Here are two more pictures, Google Earth screenshots, to show clearly how Mustapha Kamal (the big boss of MK Land) has created his own paradise on top of Bukit Lanjan, in the meantime destroying the hill. Like Saruman in Lord Of The Rings… 🙁 Click on the pictures to enlarge and see details. Left the situation in 2010, right as it was beginning of this year. Sad. 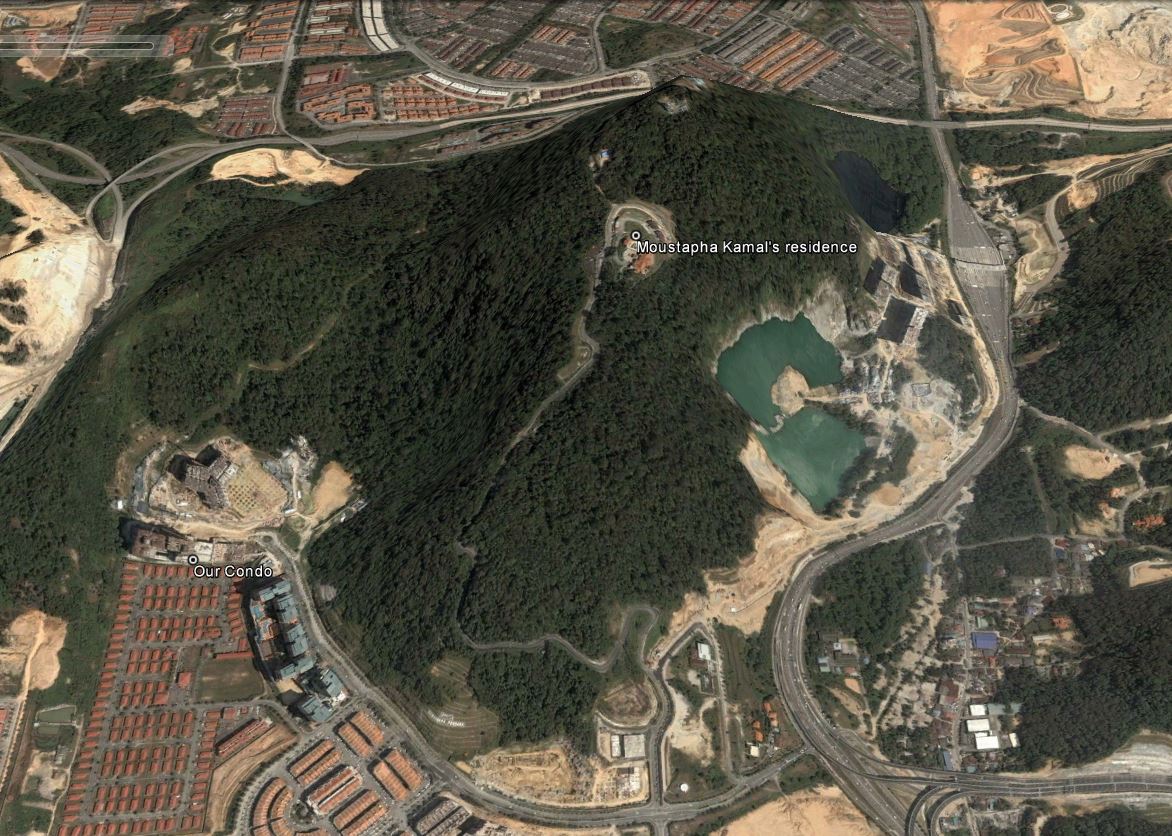 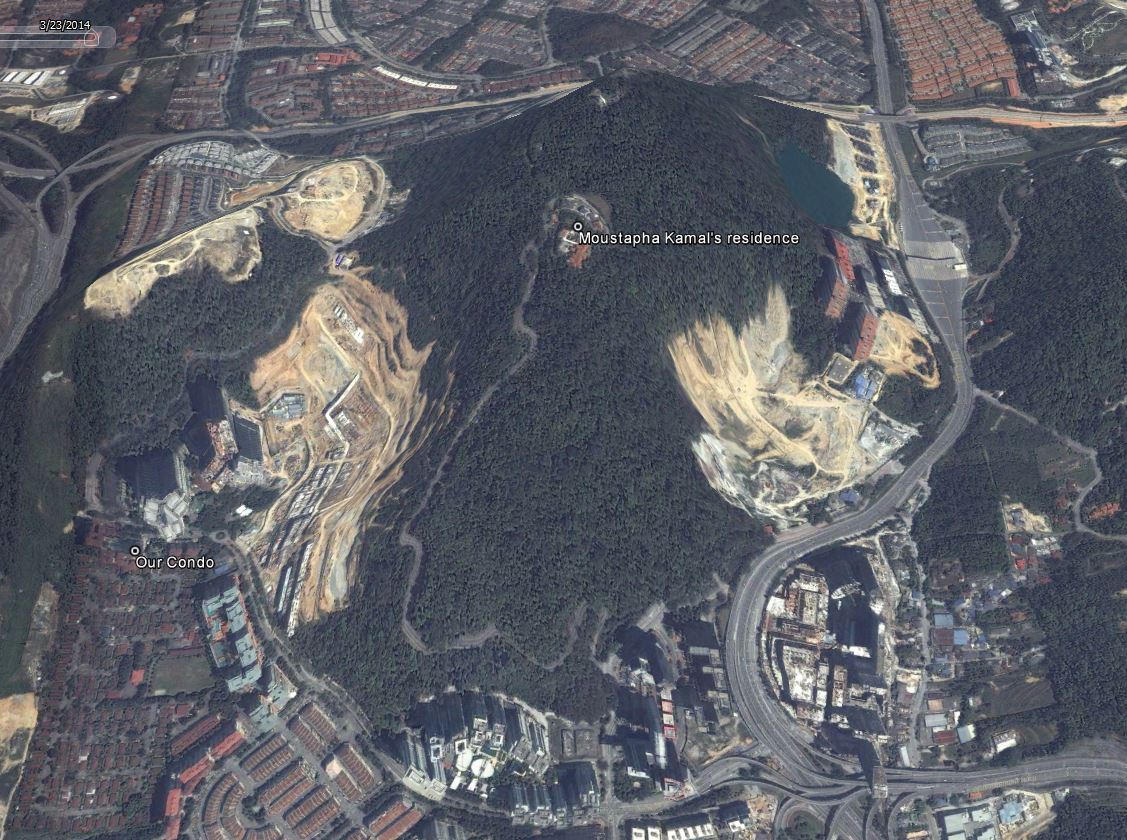 Another popular location for walking and jogging is the Forest Research Institute Malaysia (FRIM). I have been there a few times, but do not know the location well, so I was happy to accept my friend’s Edwin invitation for a hike. Here are a a few pictures.

Of course I also visited waterfalls, although I have become much more careful recently. I guided my late friend Yian’s daughter Carolline and her NZ boyfriend Dave to the Kanching waterfalls. And I joined Edwin to a “secret” waterfall, recently discovered by him.

One of the Kanching falls

On our way to Edwin’s secret fall

Last weekend  I was back in Taiping. On 23-11 the Taping Heritage Society had organised a day trip for its members and the Committee had asked me to tell the participants about the Kota Ngah Ibrahim in Matang. I had collected a lot of information, you can find it here About the trip irself I will write a separate post.

It is always a pleasure to visit the Lake Gardens in Taiping. 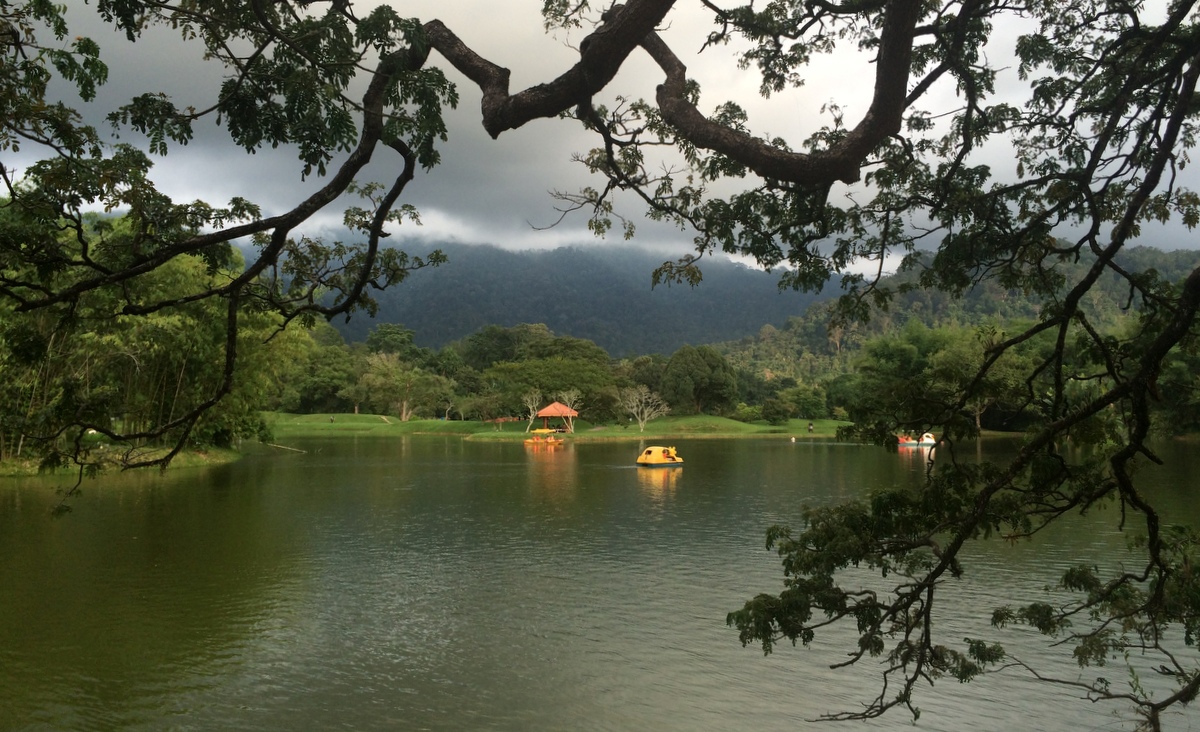