During a recent visit to KLCC I spent some time in the Petronas Art Gallery to have a look at an exhibition about Street Art in Kuala Lumpur.

Last year in September, fifteen young Malaysian artists have created six large mural paintings on walls of buildings in KL. The project, sponsored by Petronas, was called  #tanahairku 2014 where Tanah Air Ku means My Homeland. In the exhibition small scale versions of the paintings were presented and in a folder the locations were shown. In a modern way, by giving the GPS coordinates…:-). 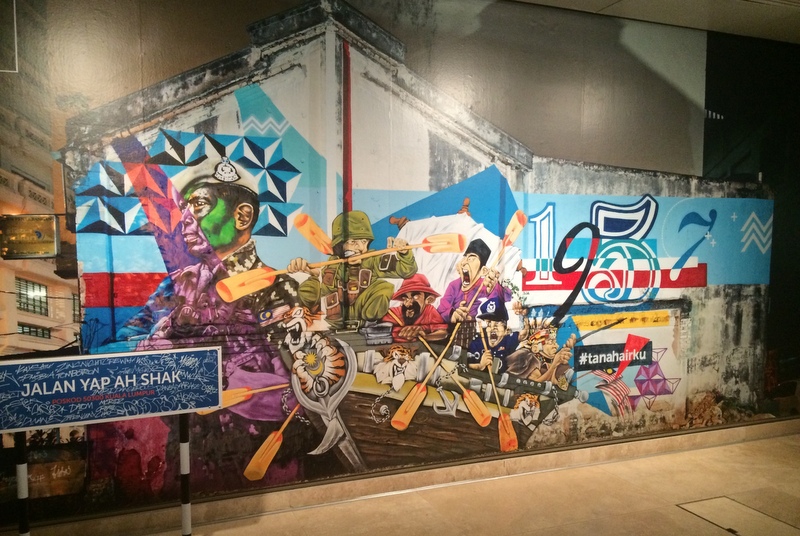 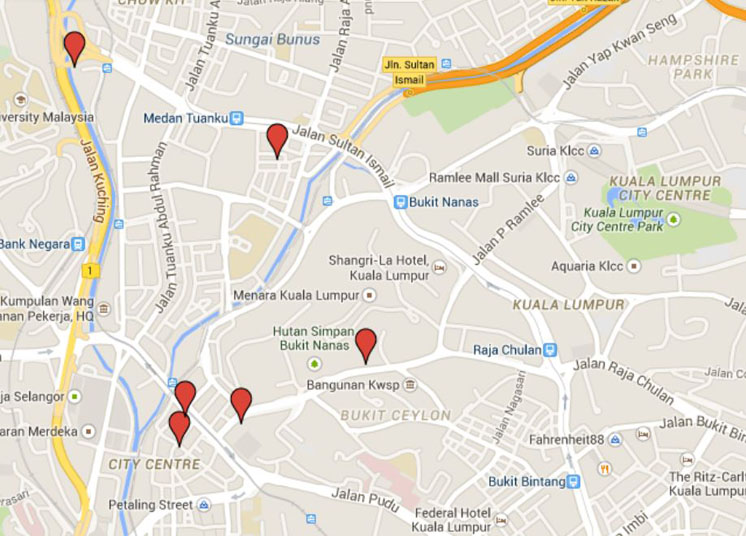 Quote from the folder: “Projek #tanahairku 2014 aims to encourage 30 million Malaysians – a unique melting pot of cultures, traditions and heritage – to come together, draw from our strength in diversity and unite towards a common purpose”

We decided to have a look at the paintings ourselves. Here I present pictures of each of them, with the title, name of the artist(s) and a short description, as given in the folder 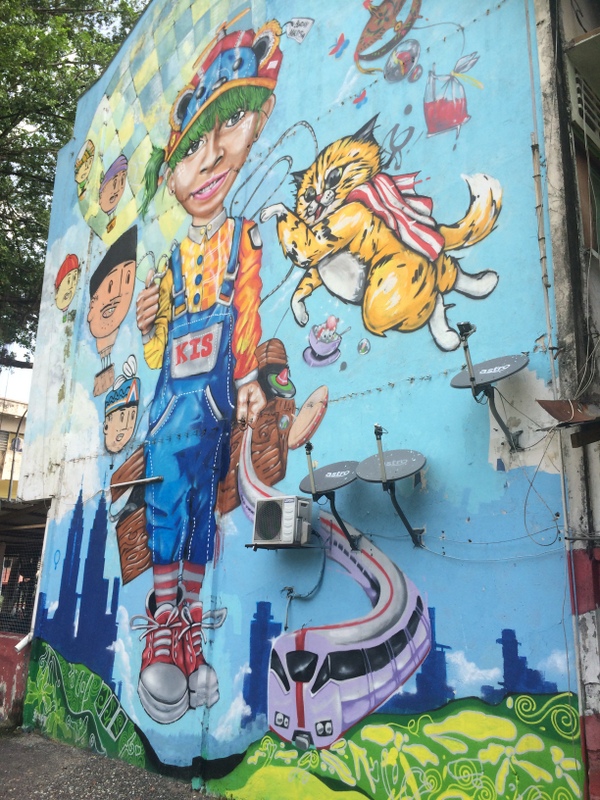 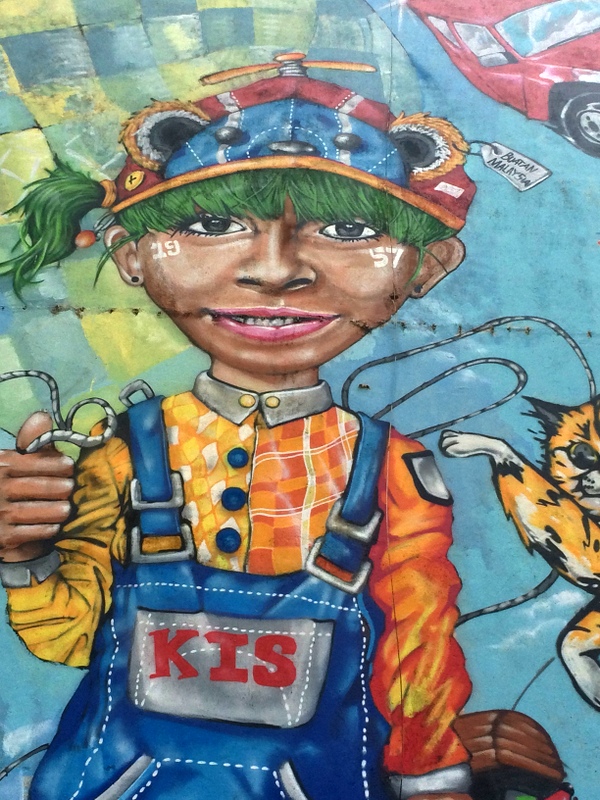 2. We Are All In The Same Boat by District Creative 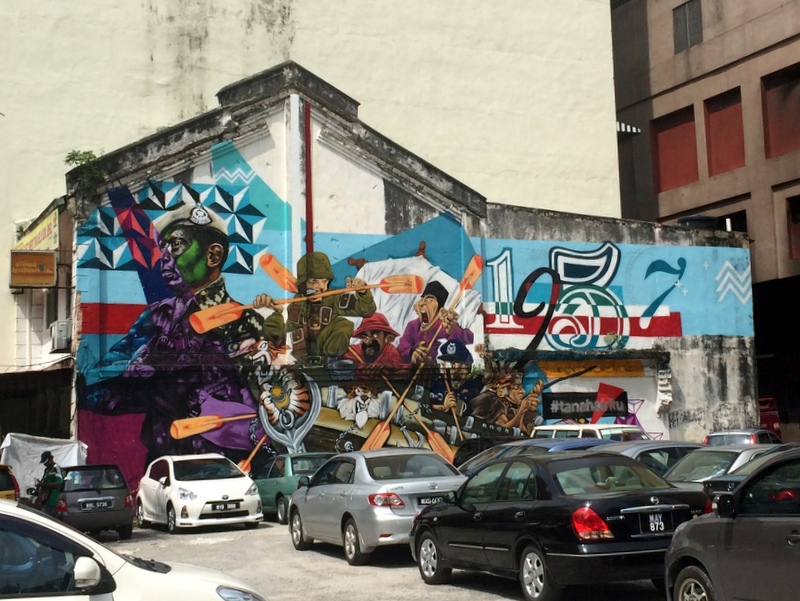 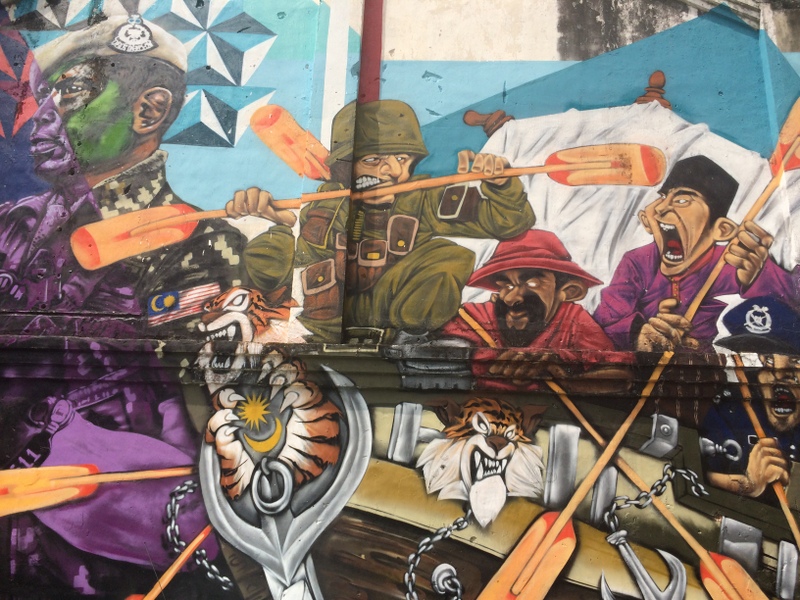 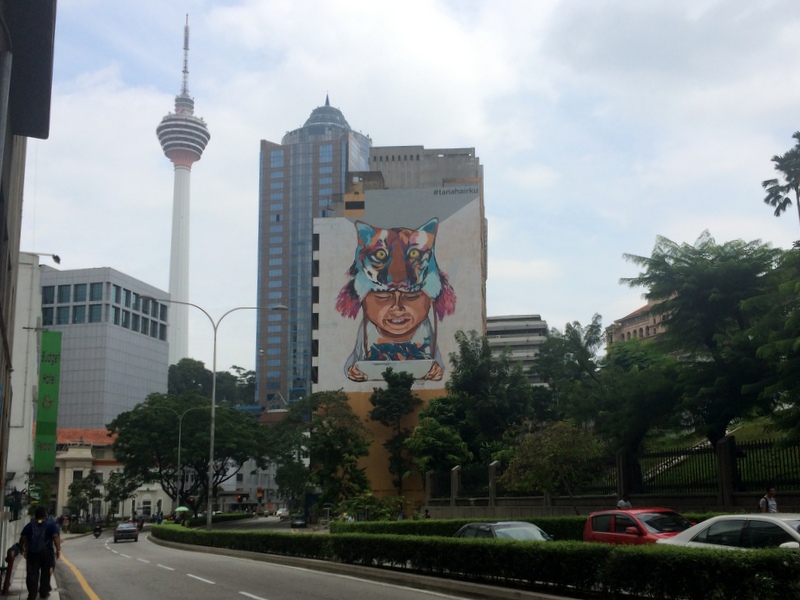 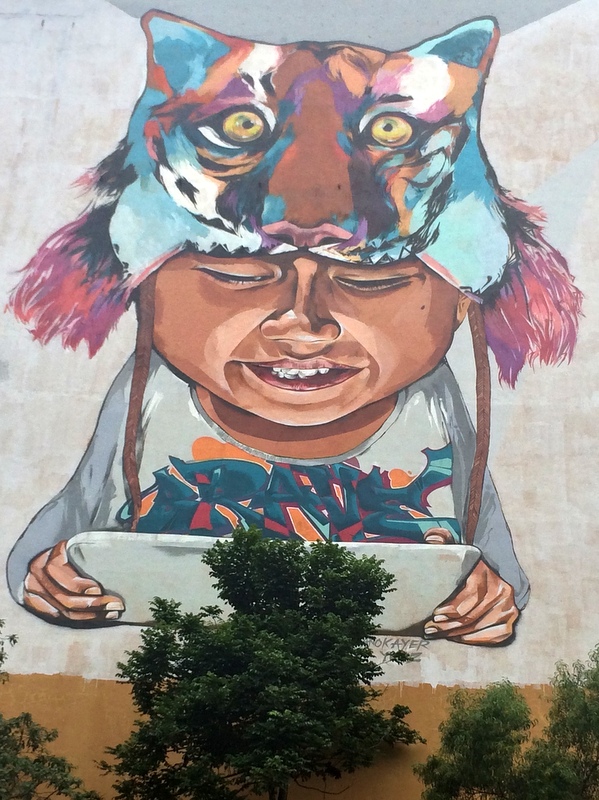 4. The Village and The City by Kenji X Cloak 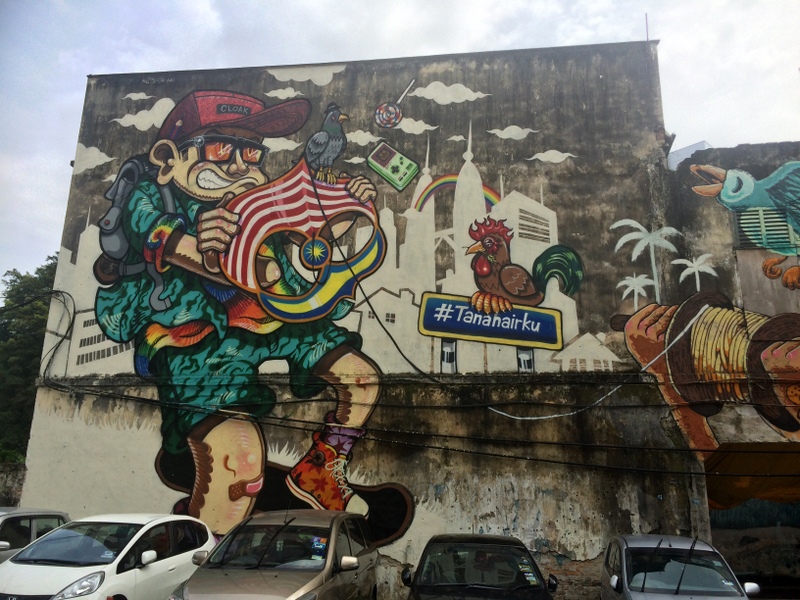 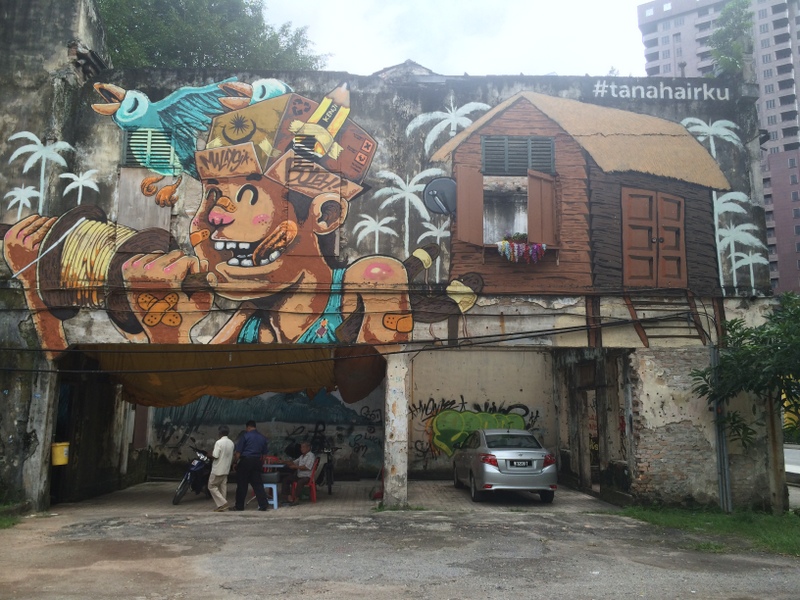 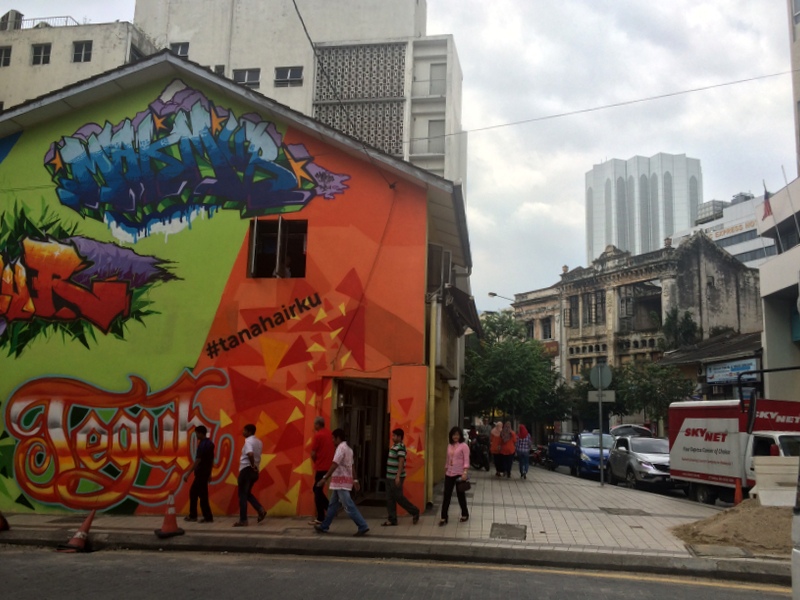 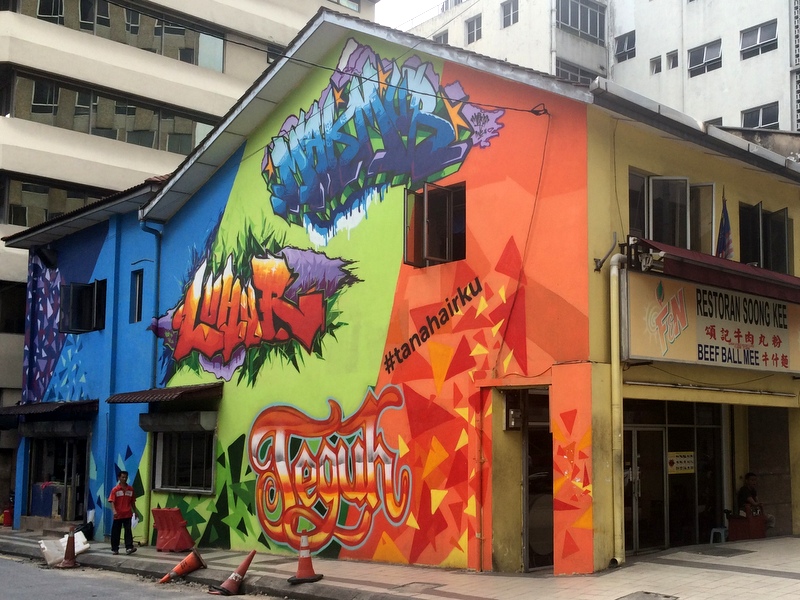 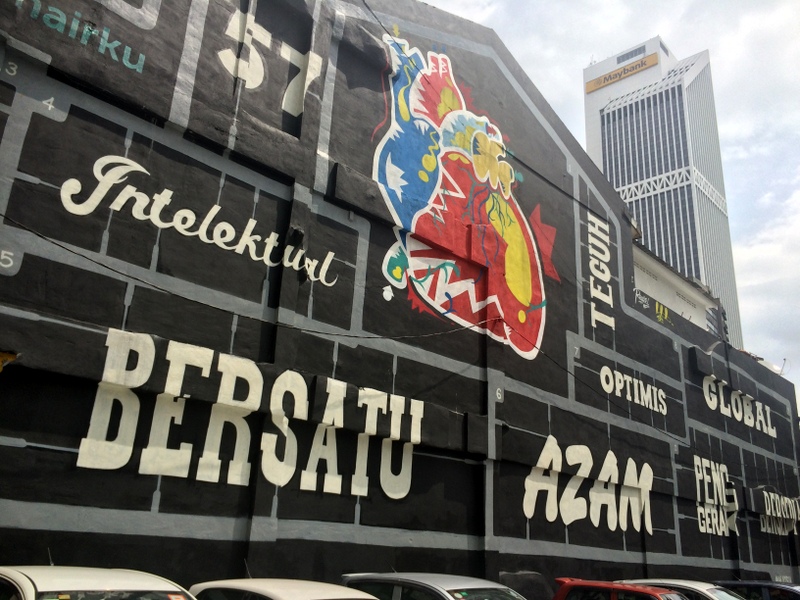 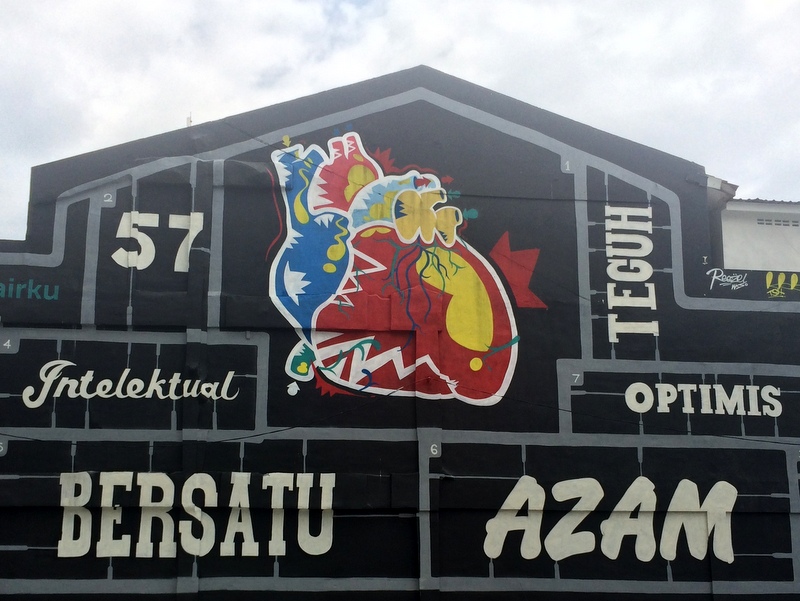 Altogether an interesting collection. Colorful, often graffiti-like. The description (given by the artists?) does not always help in understanding the significance of the mural, but never mind ..:-)

A few times you see 1957 in the murals. In 1957 the Federation of Malaya became independent, celebrated yearly on 31 August. The state of Malaysia was born 6 years later, in 1963. But that is a topic for another post…:-)

A nice project, I hope the murals will be maintained properly. Very different from the murals in Penang and Gopeng. Which us good! On our way back to our car we came across another one, not related to the #tanahairku project. I wonder how many more murals there might be in KL..:-) 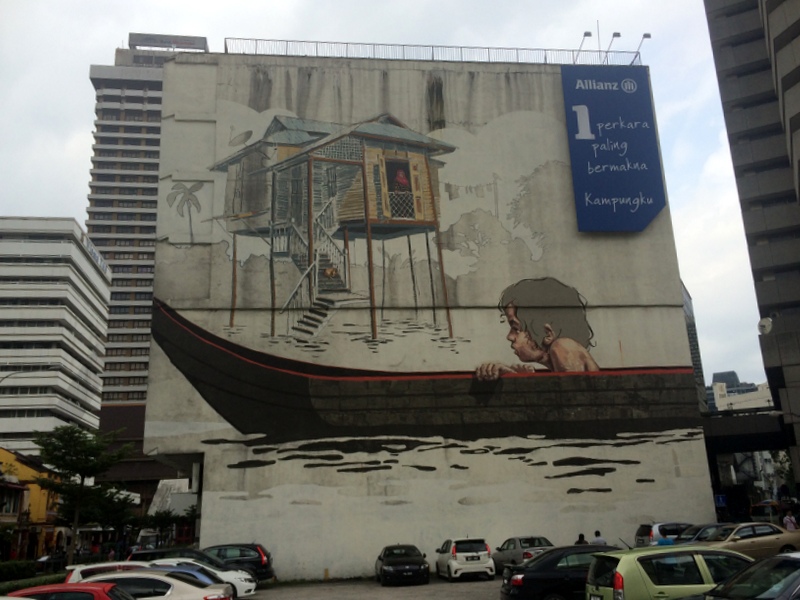 The project got its name from the poem Tanah Air (Homeland), written by a Malaysian poet laureate, Usman Awang (1929-2001). My knowledge of Malay language is not good enough (actually almost non-existent) to understand the poem, but apparently it is popular. Recently a  very niceYouTube video has been created of this poem.

As you may know I am quite worried about the future of Malaysia, with a government who is stoking racial unrest, just to remain in power. A project like this and the video offer a glimpse of optimism.