Our Sun is one of the more than 100 billion stars in the Milky Way galaxy. Here is the Milky Way, as seen from Earth. Many of you may never have seen this “milky” band, because you need a clear sky without light pollution. Next to it an artist expression of the Milky Way with the location of our Sun indicated by a red arrow. 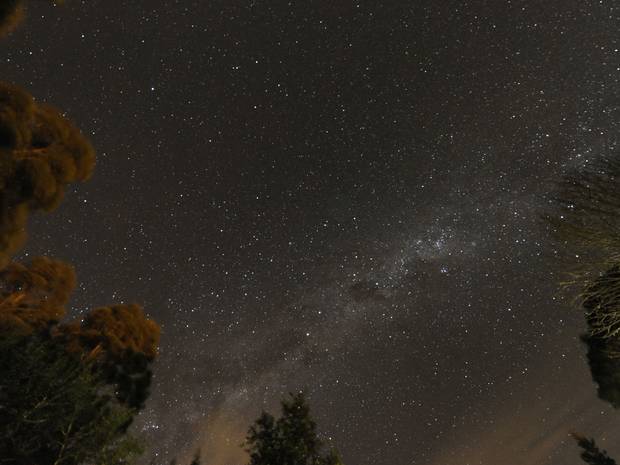 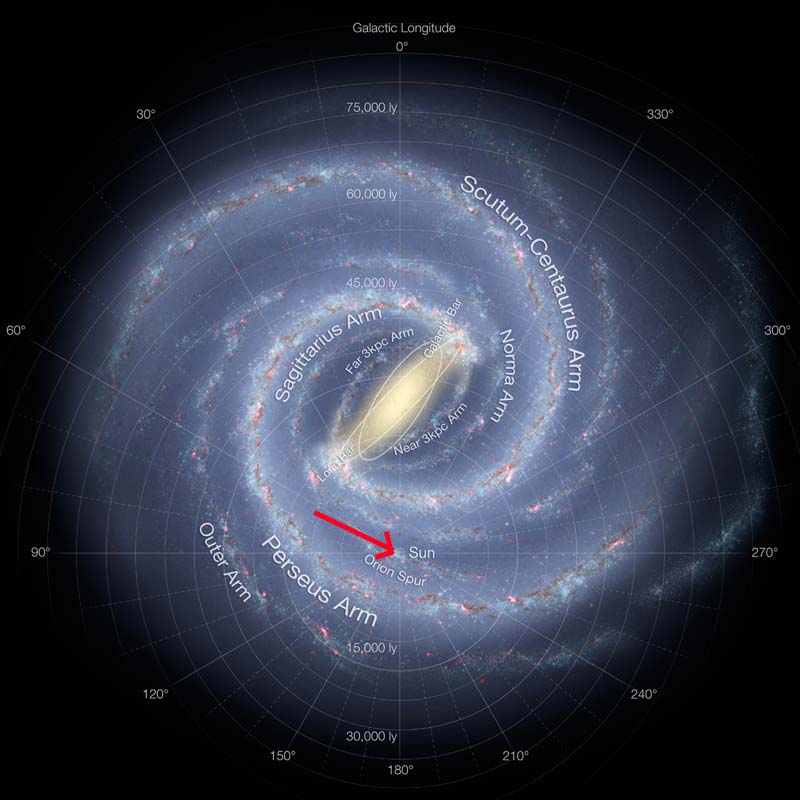 The Milky Way is one of the about 100 billion galaxies in the observable Universe. The Andromeda galaxy (left pic) is a close neighbour at a distance of about 2.5 million light-year.  The picture to the right was taken by the Hubble telescope. This image shows about 10.000 galaxies! 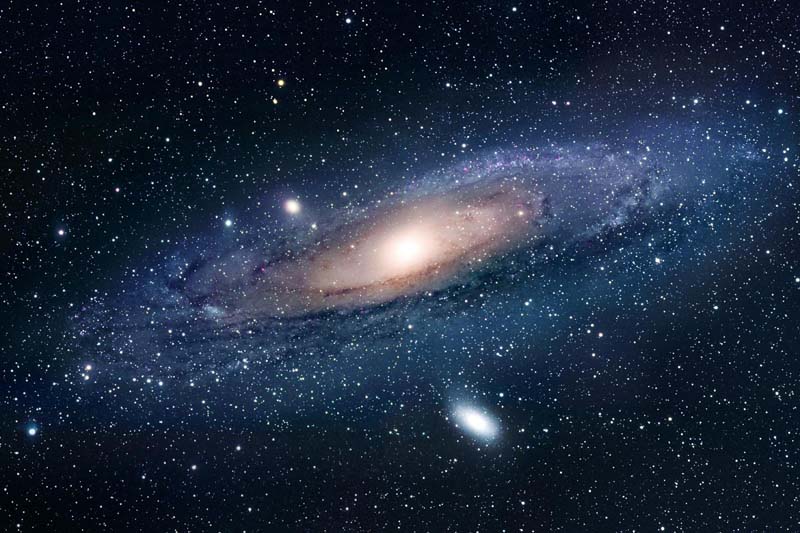 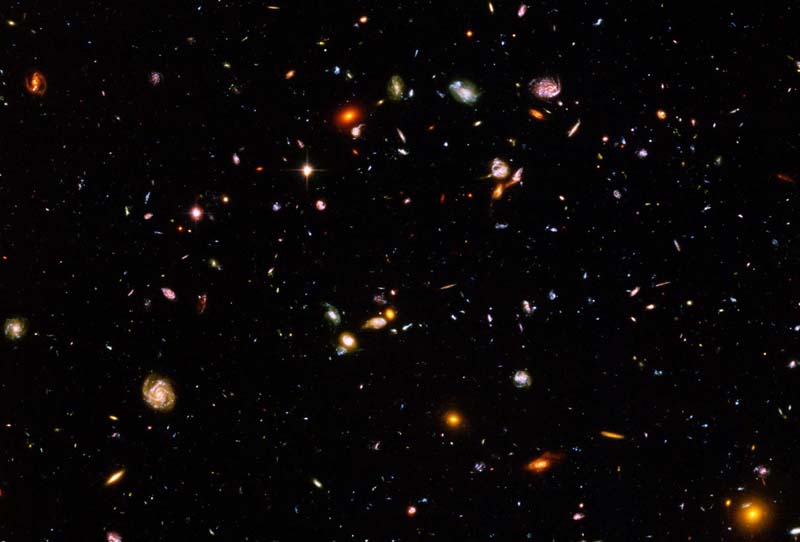 Many of you will have seen (and admired) the images taken by the Hubble telescope. Here is the telescope, it is still orbiting Earth at an altitude of ~ 550 km. Next to it the probably most iconic Hubble image, nicknamed the Pillars of Creation. 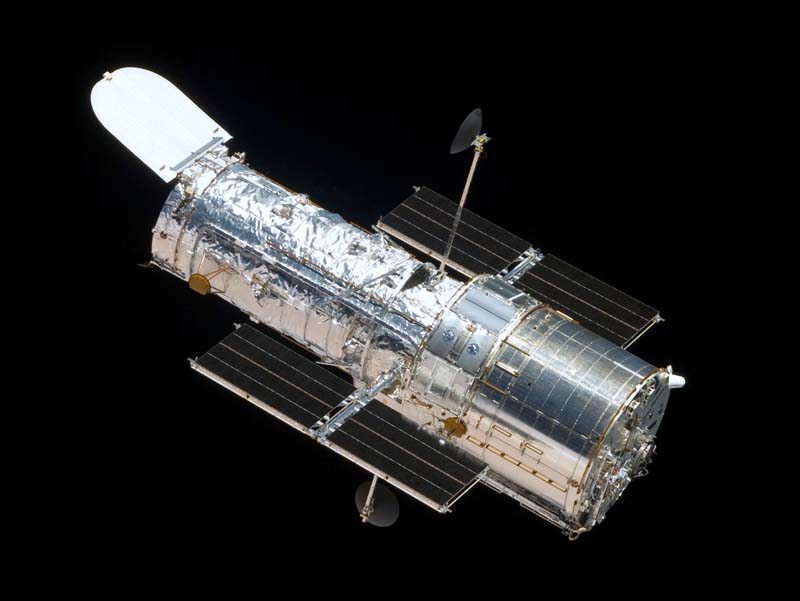 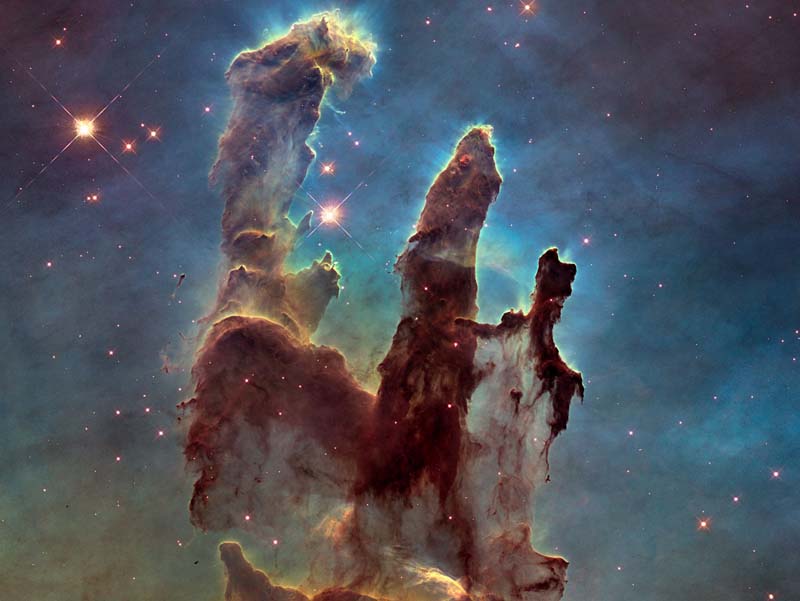 But not many of you will have heard about the Herschel telescope! This space telescope has been operational from 2009 to 2013. Its major objective was to discover how the first galaxies formed and evolved, starting from clouds of gas and dust. These clouds are not yet hot enough to emit visible light, but they still emit (thermal) radiation with wavelengths in the far infrared. It is this far infrared and sub-millimeter radiation that Herschel has recorded. Here is the Herschel telescope and a picture, taken by it. Not as spectacular as the Hubble pictures, right?

Actually, each pinprick in this image is a galaxy! Or better, a galaxy “under construction”, still basically a contracting cloud of gas and dust, Hubble would not be able to see them. Most of these galaxies are billions of light years (ly) away, the radiation we receive now, has been sent out when the universe was young.

We are finally coming closer to SDP.81. It is one of the baby galaxies (ID81 in the image below), discovered by Herschel, at a distance of about 11.7 billion ly .  Why is it (and a few more) so bright ? 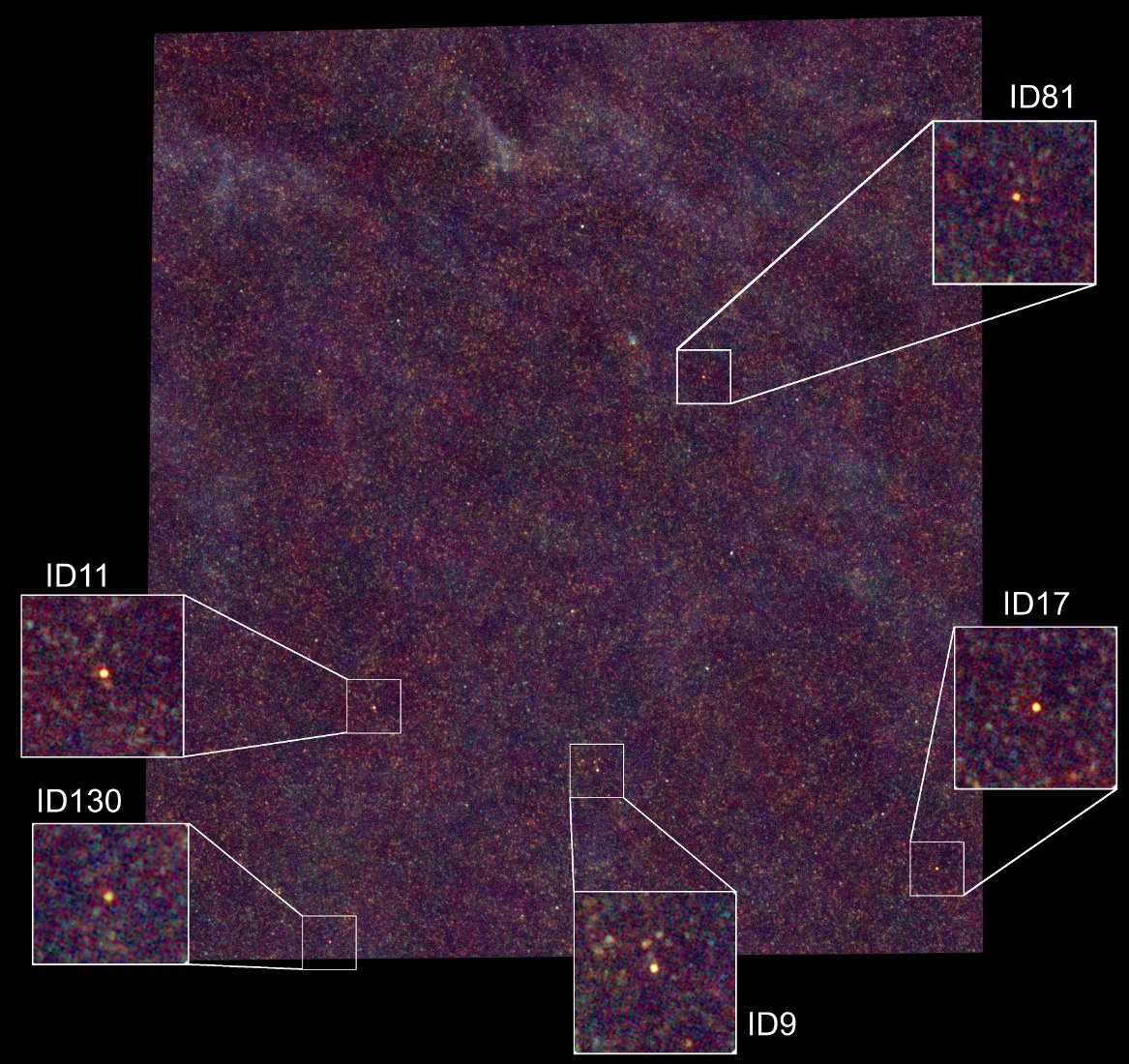 Here comes the surprising answer: because its radiation has been magnified by a gravitational lens between this galaxy and earth!

A gravitational lens? Yes, Einstein’s General Theory of Relativity predicted that light can be bent by massive objects. Or, formulated more correctly, massive objects will curve the fabric of space-time. His theory was spectacularly confirmed in 1919 during a solar eclipse (and made Einstein instantaneously famous!)  Here is a schematic diagram of this light bending. 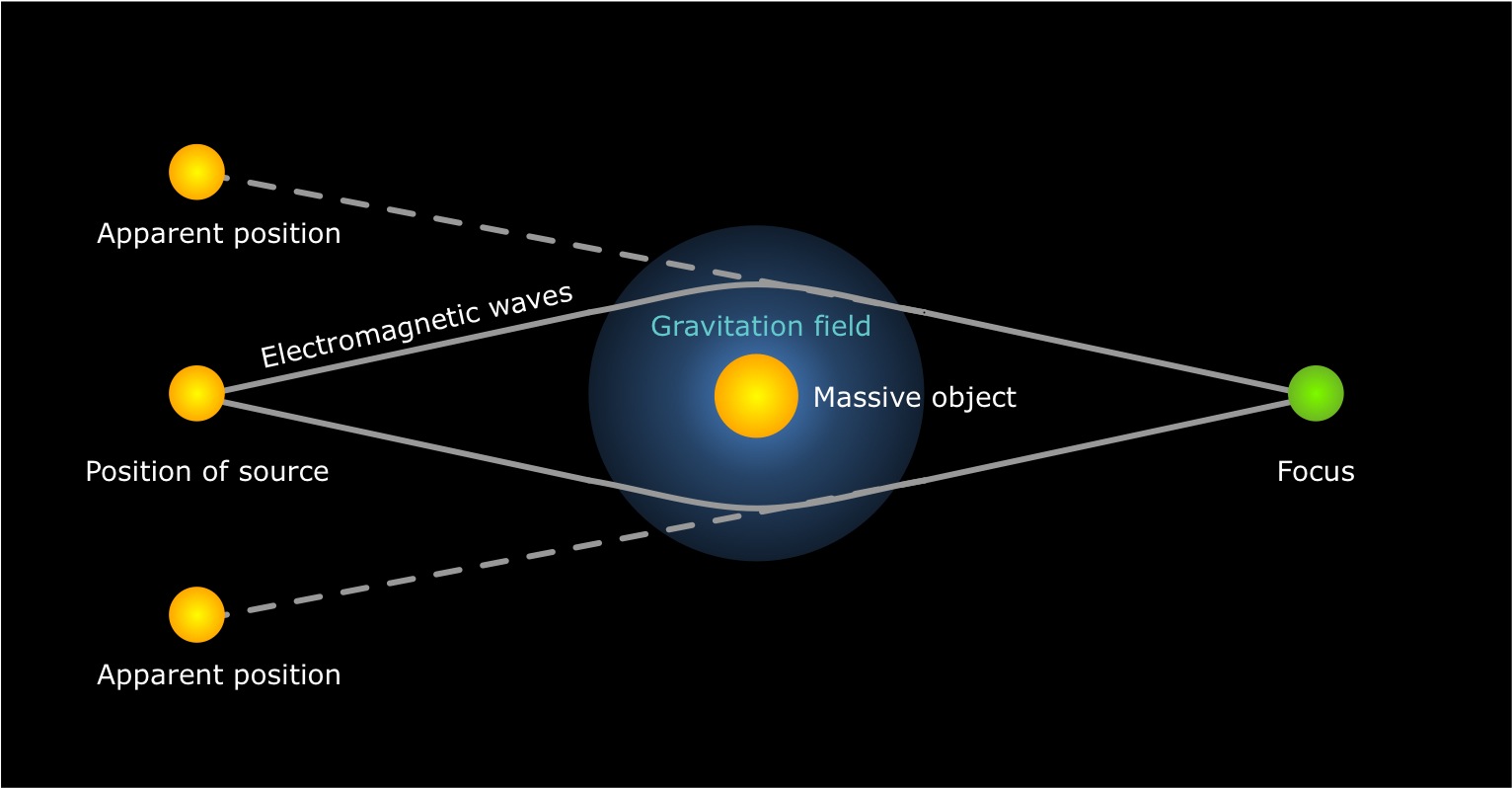 In the case of SDP.81 a massive galaxy is located, 3.4 billion ly from Earth, exactly between us and SDP.81. A rare coincidence? Sure, but keep in mind that there are 100 billion galaxies..:-)

A  gravitational lens works differently from a traditional lens where the light bending is strongest at the edge of the lens. Here it is the other way around, bending is stronger near the center. When the alignment is perfect the (magnified) image becomes a ring,  a so-called Einstein Ring. Here are a few examples of Einstein rings, images (in visible light) taken by Hubble. Some are only partial because of misalignment. 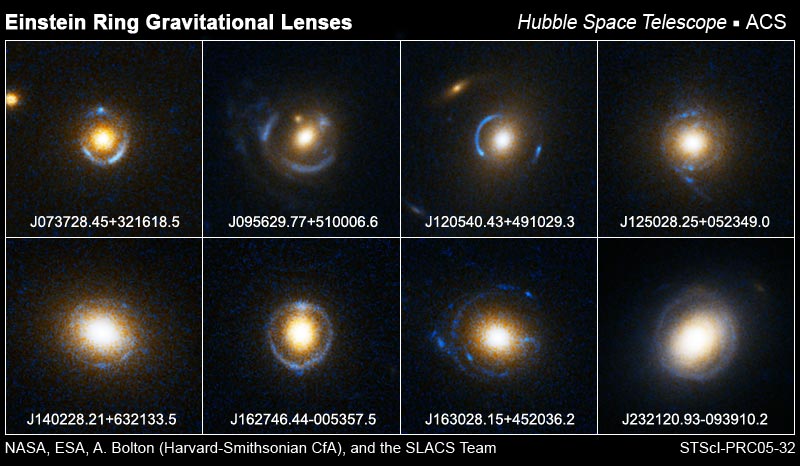 Wouldn’t it be great to find out if the image of SPD.81 is also an Einstein ring? Then we need a much higher resolution then the (already large) 3.5 meter mirror of Herschel could give us.

Alma can help us! ALMA stands for Atacama Large Millimeter/submillimeter Array. It is a collection of 66 radio telescopes  (with 12 and 7 meter antennas), located at 5000 meter altitude in Chili. Here is ALMA 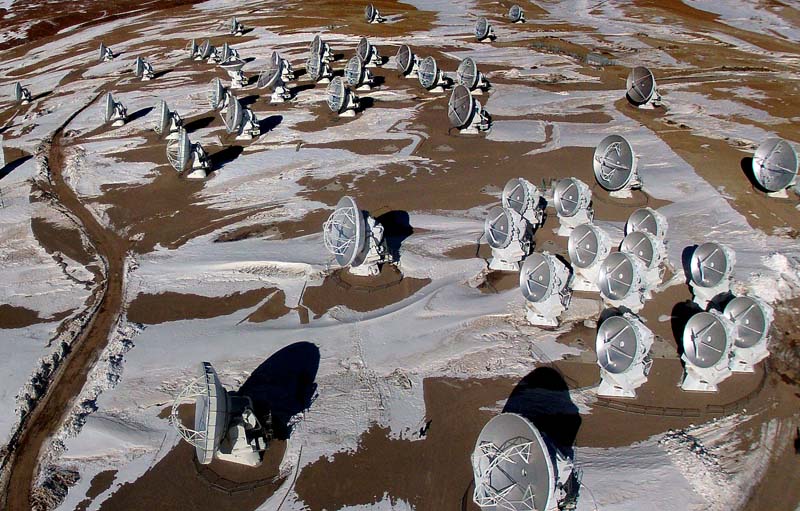 Technically it is called an (astronomical) interferometer. To keep it simple: the radio telescopes work together in such a way that they effectively combine to a huge mirror of many hundreds meters or even kilometers diameter. The telescopes can be moved around. The high altitude has been chosen because the climate in the Atacama desert is extremely dry, crucial for observations in the millimeter/submillimeter range. The maximum resolution has been described by the  Alma astronomers as being “about the same as seeing the rim of a basketball hoop atop the Eiffel Tower from the observing deck of the Empire State Building“.

Here is Alma’s result for SDP.81, published a few weeks ago. An almost perfect Einstein ring! Keep in mind that this radiation is invisible, the red color has been added for the dramatic effect. And the visible light of the lensing galaxy is not recorded by ALMA. 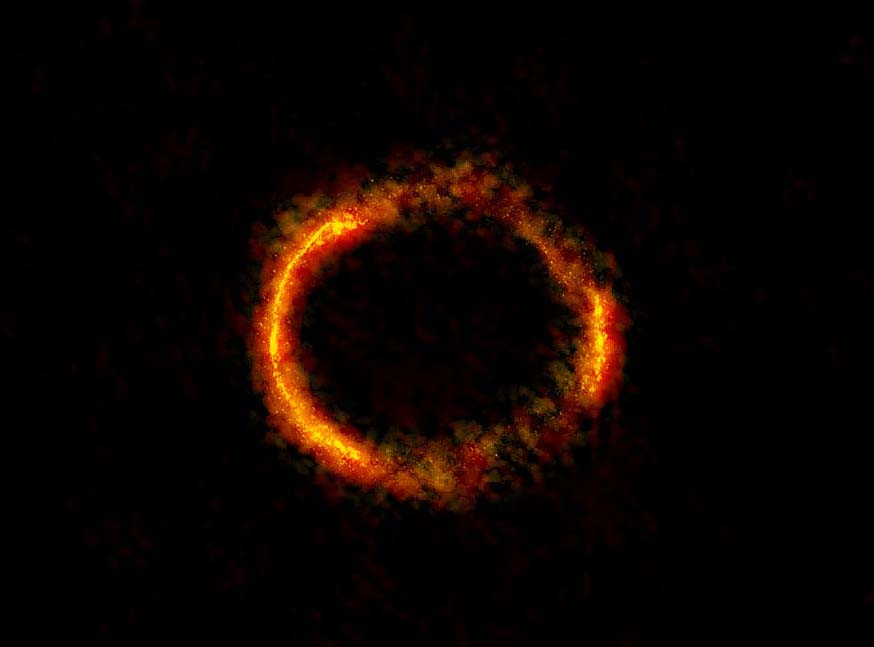 And here is a combination of three images. The left image is taken by the Hubble space telescope. The lensing galaxy is visible. The middle picture shows the Alma result, in more subdued colours. And the third picture?

The Einstein ring in the middle picture is a “distorted” image of SDP.81. But, assuming a (simple) model for the gravitational lens in between, you could try to reconstruct the “real” image. And that’s what has been done with the third image as result.

An (approximate) image of the SDP.81 galaxy how it was, almost 12 billion year ago, when the Universe was still young. Some structure is visible, the bright parts are regions of dramatic star formation.