At the Kanching waterfalls you always have to watch out for the  monkeys who are looking for food, but also can grab your belongings. 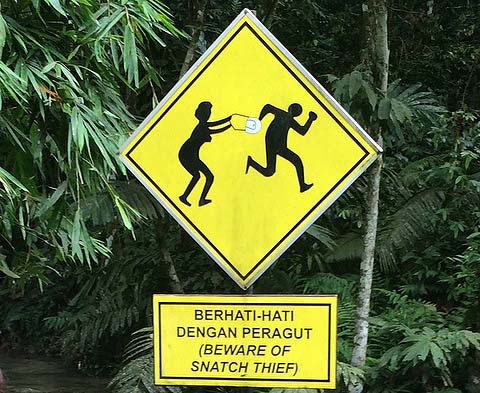 And at the entrance there is a clear sign warning for snatch thieves.

So we are always wary, keeping an eye on our belongings, checking if monkeys or other people are hanging around our stuff.

When Aric and I visited Kanching two weeks ago, we were ROBBED ! Here is our story.

After being back in Malaysia for a few weeks and having recovered from my jetlag, I felt the usual urge to visit a waterfall. Kanching waterfalls! Easy half-day trip. Aric wanted to test an app for his iPhone, that can take long-exposure pictures. Suitable for waterfalls, as it can create the “cotton-wool” effect.

We went on a Monday, only a few visitors at the lower tiers, nobody at the upper ones. Here are a few pictures.

Main fall, not many visitors

Actually we met one guy on our way to the top fall.  An Indian, in his thirties, dark complexion, small moustache, didn’t look like a hiker. After we passed him, we watched him and saw that he was going down. And that fooled us!

When we arrived at the top fall, Aric installed his iPhone on a tripod, while I took a short video of this 7th tier, just above the tall cascade (tier 6).

Here is the top fall, twice. The left picture is a “normal” one, the right one is taken by the app, using an exposure time of 4 seconds. 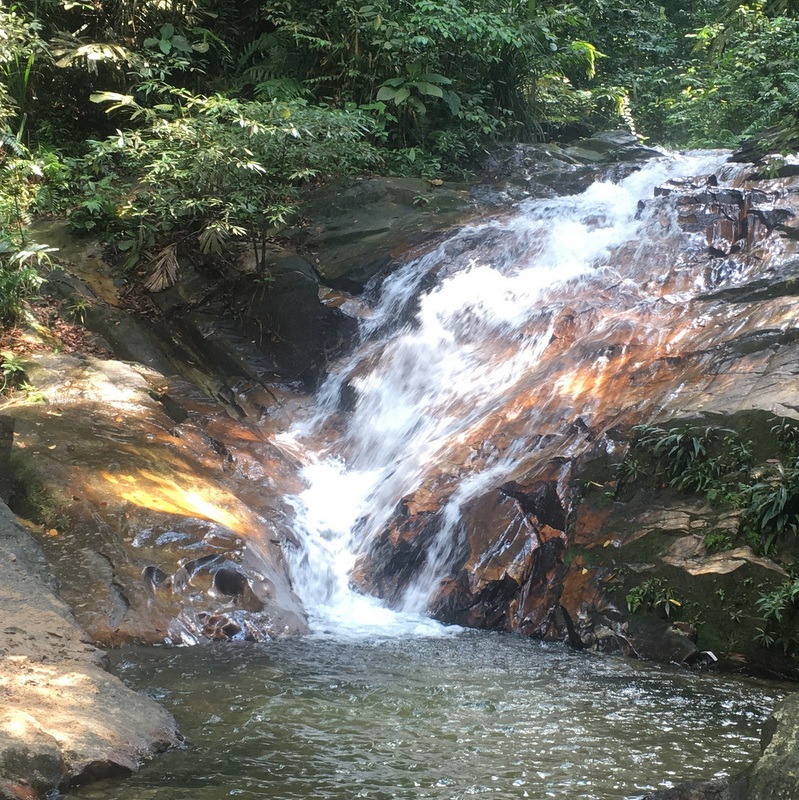 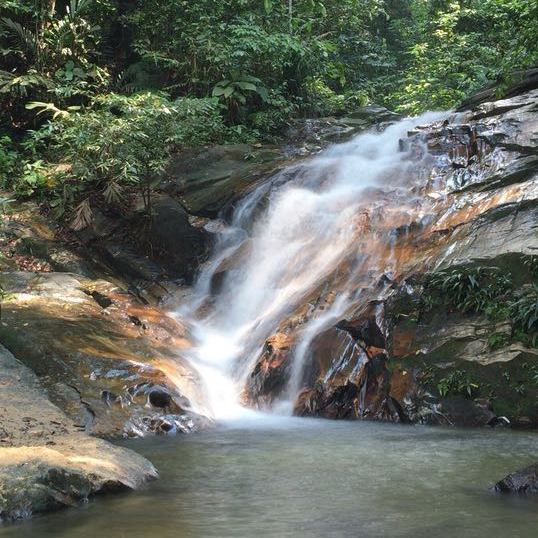 During the preparations and the taking of pictures, we were only a few meters away from our backpacks. However, Aric wanted to take a last picture with both of us in the water, using his remote control.

That was the moment the thief had been waiting for. Apparently he had secretly followed us, hiding in the bushes. From the corner of his eye, Aric saw him grabbing our two backpacks. Of course he shouted, the guy ran away, nothing we could do.

I lost my GPS and my watch, fortunately my wallet and phone where in my pants, he had no time to search those. But Aric lost his wallet and his camera.

When we told the rangers in the office about it, they said it happened more often. And when I was collecting info for this blog on the Internet, I found this review of Kanching on Tripadvisor, written 19-1-2015 :

I have already added a warning to the Kanching page on WoM.

10 thoughts on “Robbed at Kanching!”