In  my last blog I described how Aric and I were recently robbed when we were visiting the Kanching waterfalls. No physical hurt, only material loss. But I was wondering if this bad experience would negatively affect my appreciation for Kanching.

Ten days later I could check this…:-). Talking with my Kiara friends about Kanching, several of them confessed that they had never been there and that they were interested in a visit. So we organised a trip.

To be honest, I had been thinking what to do if I would meet the guy again, so I was happy to go with a group of friends, just in case…:-) But of course we did not meet any suspicious person this time.

It was a very nice hike. Here are a few pictures:

Looking at the next tiers

I had promised to bring my stove so we could make coffee. 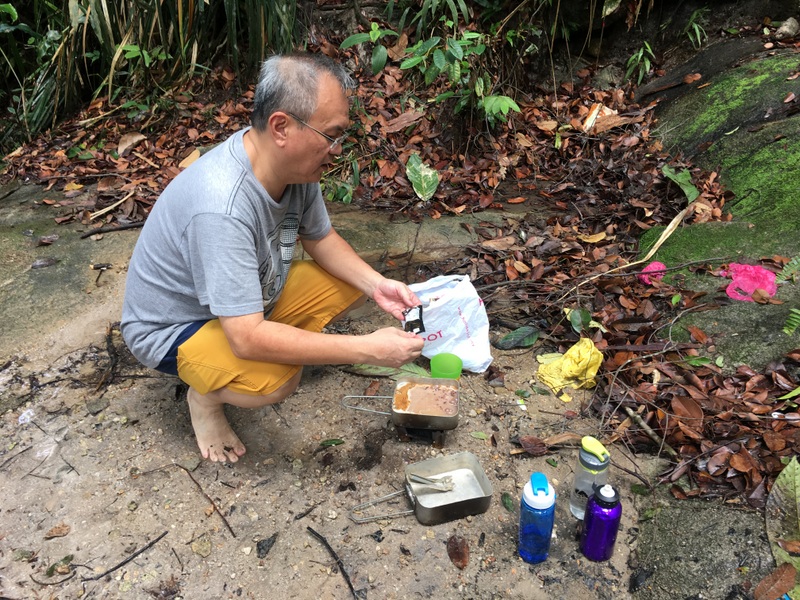 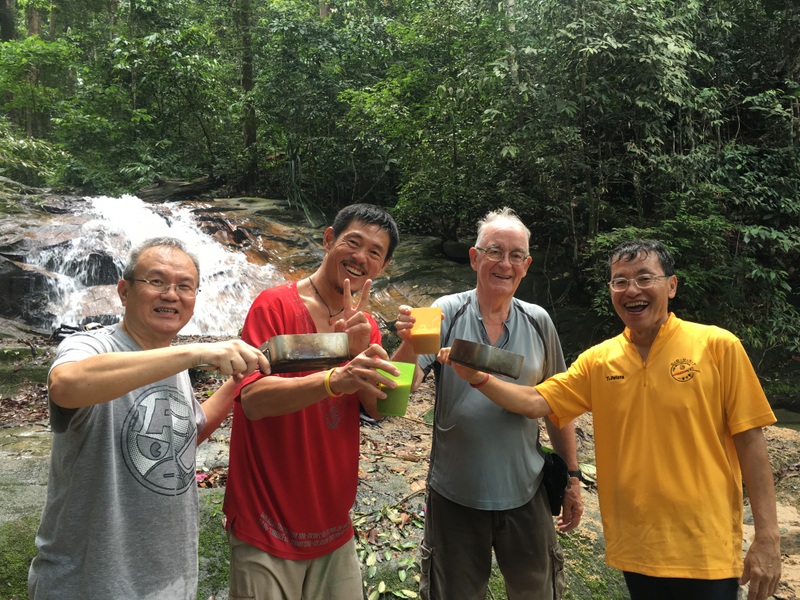 The big surprise for me was that Suat had baked a (belated) birthday cake for me. With a real candle. A delicious concoction with many ingredients, including rum. Yummie. 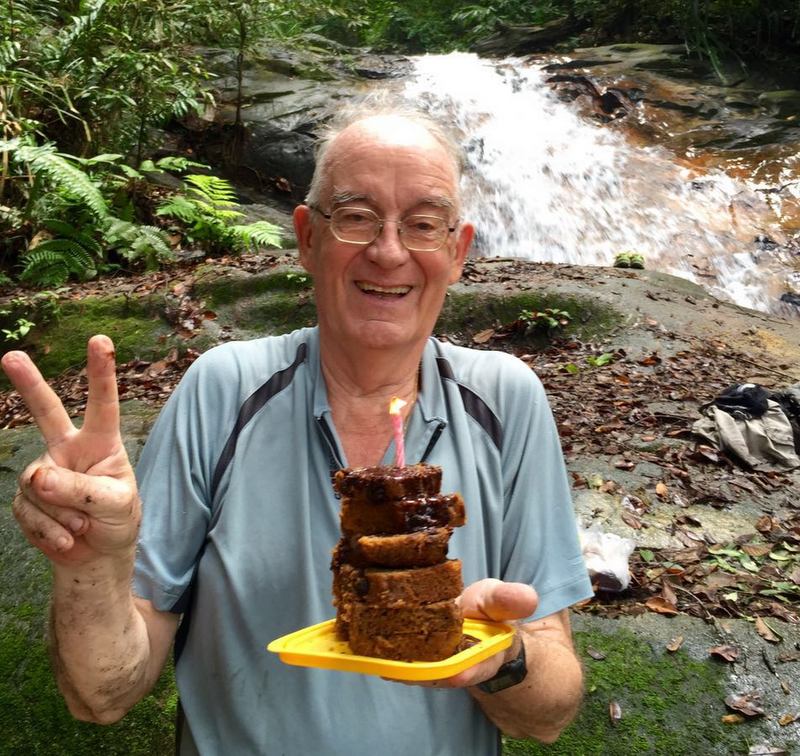 I explained to my friends how the robbery had happened and we decided to reenact it, with Peter as the thief and me as the victim. A happy victim, according to Suat… :-). Kind of closure…:-) 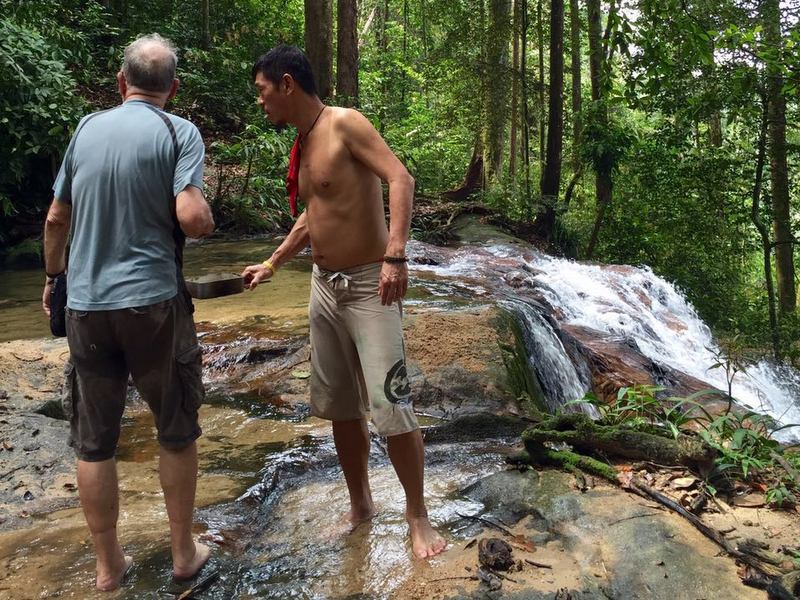 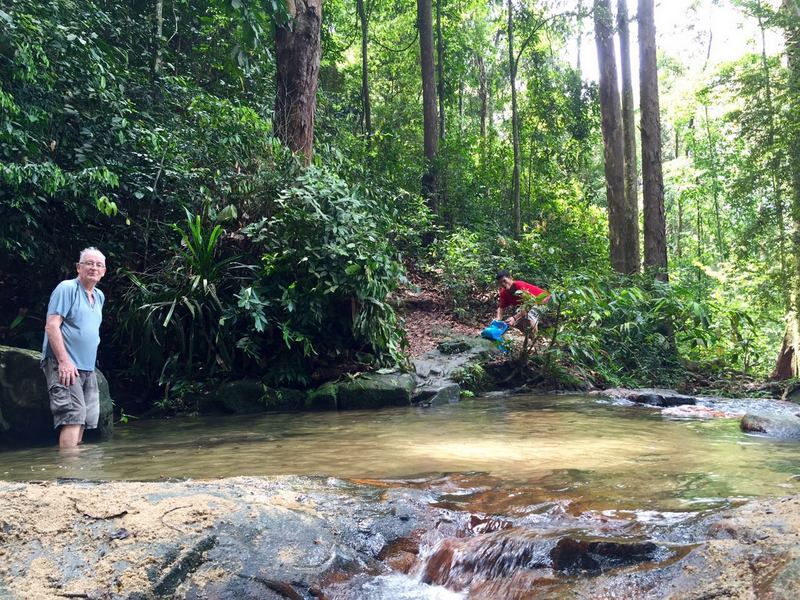 I checked  my Kanching geocache and found it to be in mint condition. Then it was time to go down and have lunch. The descent from the top fall is very steep, when the thief ran away, he can not have taken this route. Probably he took the trail upstream, hiding there and waiting until we had gone down.

Here are a few  pictures of our descent from tier 7 beside the cascade (tier 6).

Suat as a tree hugger

Going down beside tier 6

Suat, for whom it was a first visit, liked Kanching, but was shocked about the rubbish we found everywhere, left behind by inconsiderate visitors. At one place it looked as if a party of (Malay?) youngsters had been interrupted by the arrival of the religious police. We found several full beer(!) cans, some clothes(?), and also a few plastic rubbish bags.

Being good citizens we used these bags to do some cleaning on our way back to the entrance. As you can see, it was no problem to fill the bags.

To end this nice outing, I treated my friends to lunch in T.K. Chong, near my condo. 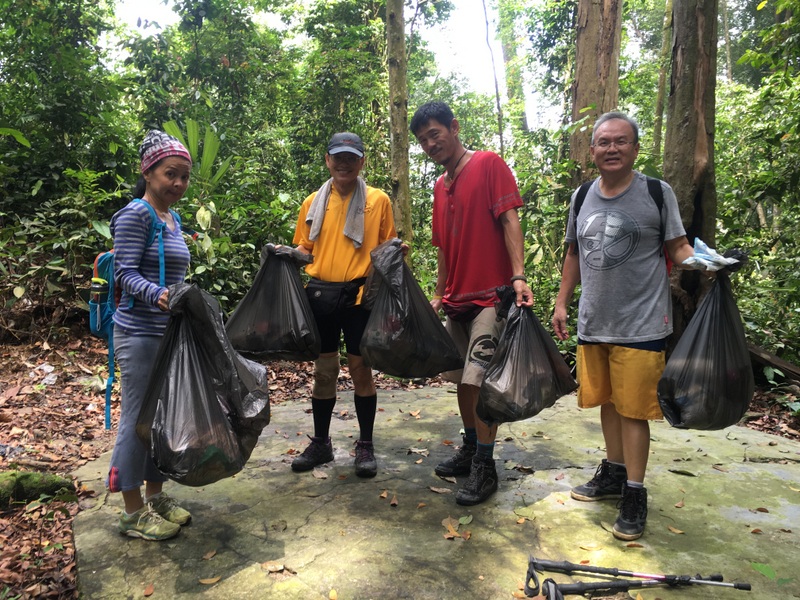 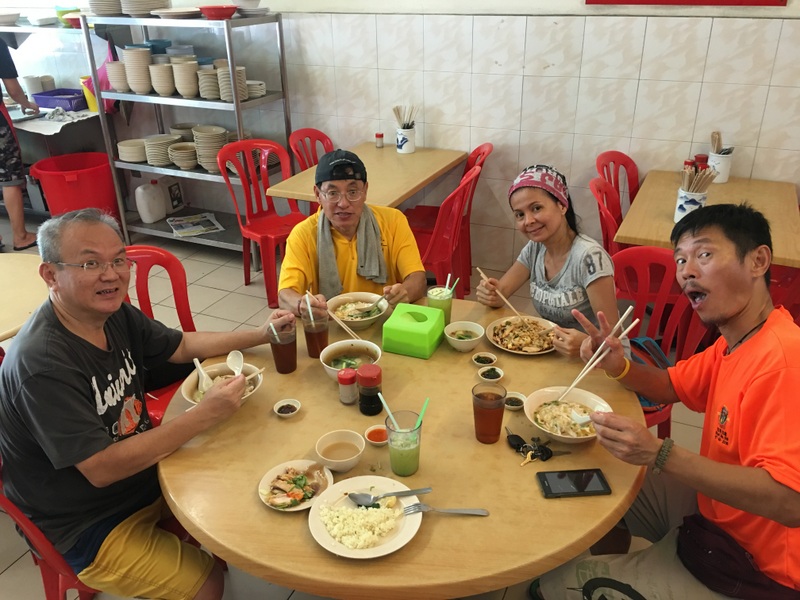 I am sure now that I will visit Kanching again, without bad feelings.