Time flies. My last journal was published seven weeks ago, just after I came back to Malaysia. After recovering from jet lag (not so difficult this time), I settled down in my usual routine. A morning walk in Bukit Kiara followed by breakfast (RM 1 only!) at IKEA. Spending a lot of time with my laptop, actually too much, especially now that I have become addicted to acomputer game called  Hay Day  🙁

But of course also quite a lot of social activities, like meeting friends and enjoying food. Here is a selection of (food) pictures.

Dinner with Aric’s sister and family

Dinner with Rahim and Paul

Lunch with Teoh and Siang Hui

Another dinner at Paul’s place

Lunch at a Thai restaurant

The most spicy food in my life

Breakfast with May in Taiping

Lunch with Aric in Bukit Tinggi

Soon after I was back home and acclimatised, the urge came to visit a waterfall. So I eagerly accepted my friend Siang Hui’s invitation for a recce to a remote waterfall in the Semenyih region. It would be a long hike, we had to leave early. Three of us, my friend Teoh also joined. Maybe because I did not sleep well the night before, but after about one hour on our way, I did not feel well, a tight feeling in my chest. After a discussion with my friends, we decided to go back.

I was worried (and not only I…haha), so I made an appointment with my cardiologist for an echo and a stress test. I could see him only after Hari Raya (the end of Ramadan), so I kept quiet a bit for a while.  Quite relieved when the results were ok!

With Hari Raya we visited Aric’s hometown. It is an old Malay custom to fire impressive coconut palm canons, celebrating the Hari Raya Aidilfitri festival. And impressive it was, I was worried for a while that it might affect my hearing. I wrote a separate blog about it: Boom Boom!! 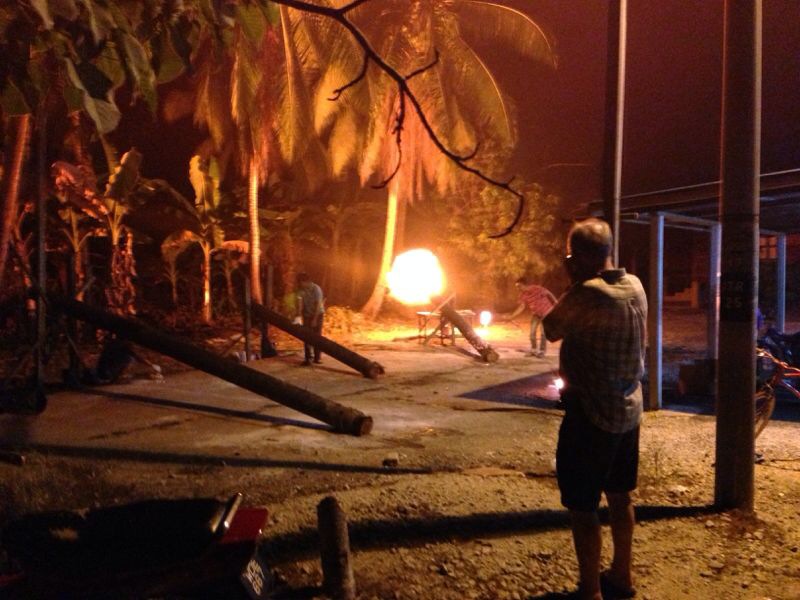 After I had received my clean bill of health, I was looking forward to meet Akke and Pim and show them a few nice places in my 2nd home…-).  Akke is the daughter of friend of mine, who, with her future husband, was traveling in Malaysia. We visited the Kanching waterfalls and the Batu Caves and completed it with a delicious dinner, prepared by Aric.

To the upper falls

Lunch at the Batu Caves

Here are a few recent pictures of Bukit Kiara, where I have my daily exercise. I have written many blog posts about it, you can find them here . I am quite pessimistic about its future, JLN (the National Landscape Department) is trying to transform it into a concentration camp, including barbed wire fencing ..:-(  But still beautiful, along the budding Penchala river I have hidden another of my geocaches.

I am a member of the Taiping Heritage Society. I joined them in May on a trip to Lenggong. A few weeks ago they organised a members night and asked me to give short talk about this trip. Here are some pictures. I had prepared too much material for my talk, so I have published this material in a separate blog post  Archaeological Heritage of the Lenggong Valley

There is always food

On my way back from Taiping, I decided to stop at Pos Dipang to meet my Orang Asli friend Jinnah and his family. Recently he has been our guide to the spectacular Pos Dipang waterfalls.Very nice people. They belong to the Semai tribe, my Bahasa (Malay language) is bad, but we could communicate quite well in broken English. 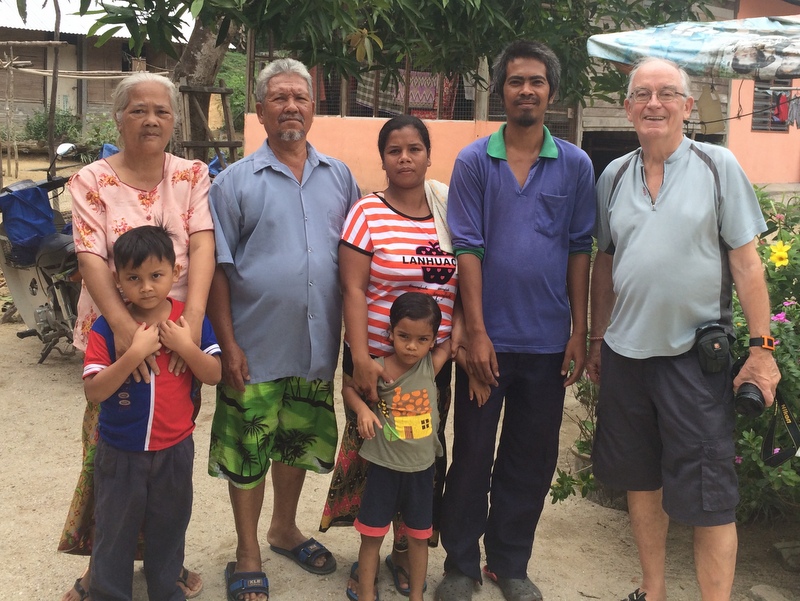 To end this journal, a few pictures of a trip made with Aric to a Hot Springs near Bentong. I had passed the place before several times, the hot springs were not well maintained. But now some renovation had taken place, itr looked a lot better. The water was not too hot and you could use the mud from the bottom to scrub your skin…:-)