When I was discussing my travel plans with my Malaysian friends, one of them mentioned Liechtenstein. It is a tiny country (160 square km, population less than 40.000)  between Austria and Switzerland. We decided to have a look and spend a night there.

On our way from Hall we had lunch in Feldkirch, another medieval gem in Austria. It would be easy to spend a full holidays in Austria!

Liechtenstein is not part of the European Union, but belongs to the Schengen zone, therefore no border control or passport formalities. It is rich and expensive, has nice countryside, but nothing special. In the (characterless) main street of the capital Vaduz we met a VIP (the prince of Liechtenstein?) with his security guards. We found a supermarket, and bought food for an alfresco dinner…:-)

The next morning we had a look at the castle of Vaduz, where the Prince is still living. Then we crossed the border with Switzerland.  It was the first time we visited this country and probably it will also be the last time.

Our destination in Switzerland was Grindelwald. This mountain village is situated at the feet of the mighty Eiger, Monch and Jungfrau mountains. With a special train you can reach the Jungfraujoch, at an altitude of ~ 3500 meter. This was the main target of our trip, to see the snow and walk on it. But would the weather be favorable? We arrived in the rain and the next morning we could see fresh show on the mountain slopes. The pictures show a lake on our way to Grindelwald, the view from our hotel room and the fresh snow the next morning.

We decided to try our luck and bought tickets for the trip. Expensive, ~ 145 Euro pp. The train is a rack train and the ride consists of two parts. First you go from Grindelwald to Kleine Scheidegg. It was quite cloudy but sometimes we could see the mountains, which gave us hope.

The second part goes through a tunnel in the Eiger mountain. The train stops at two locations in the tunnel where windows have been made, so you can look out. The first stop showed only mist and fog, but at the second one, Eismeer (Ice Sea), the clouds were breaking and we had a good view of the glacier. Impressive! 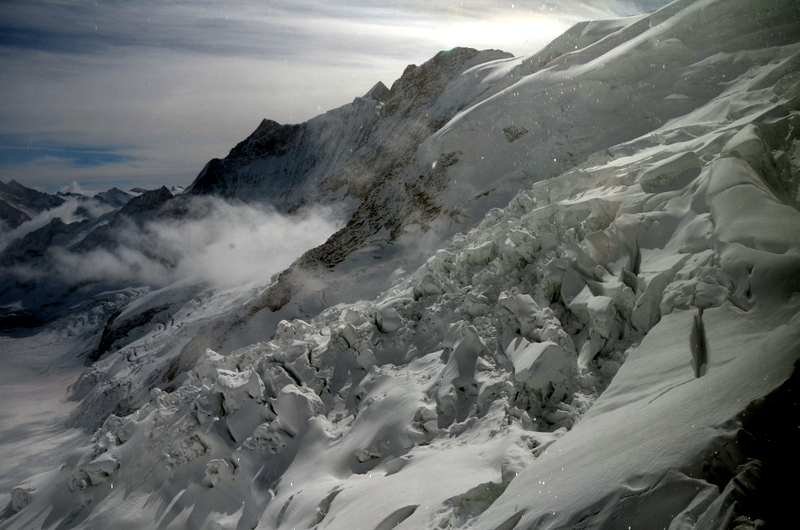 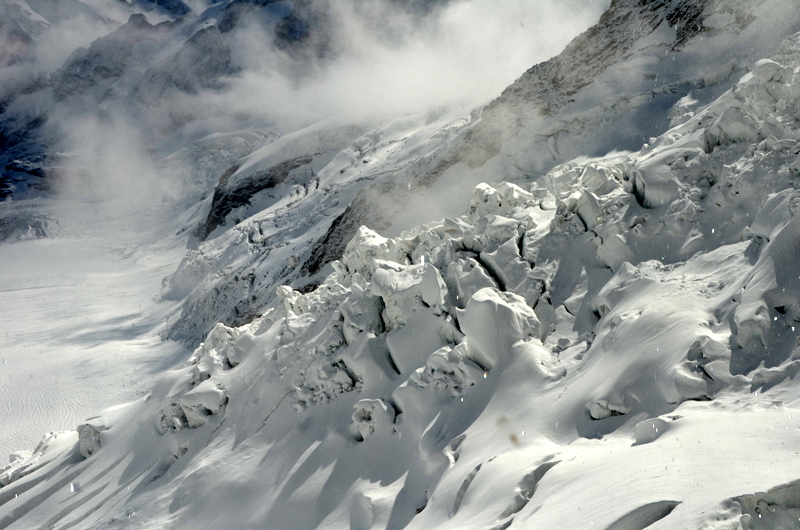 When we reached the Jungfraujoch station, this is what we saw.

Difficult to describe our feelings. Exhilarated, almost emotional. You just could go out and walk on the glacier. Yes, it was very cold…:-) 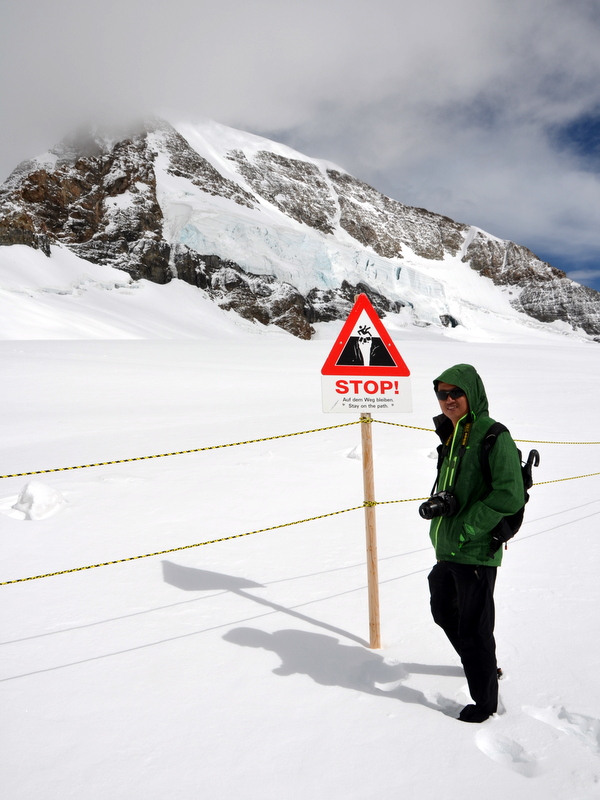 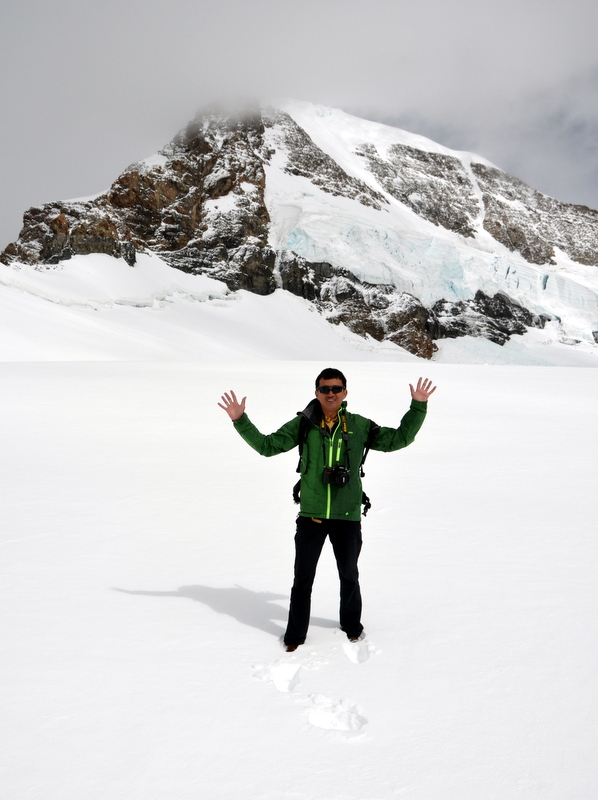 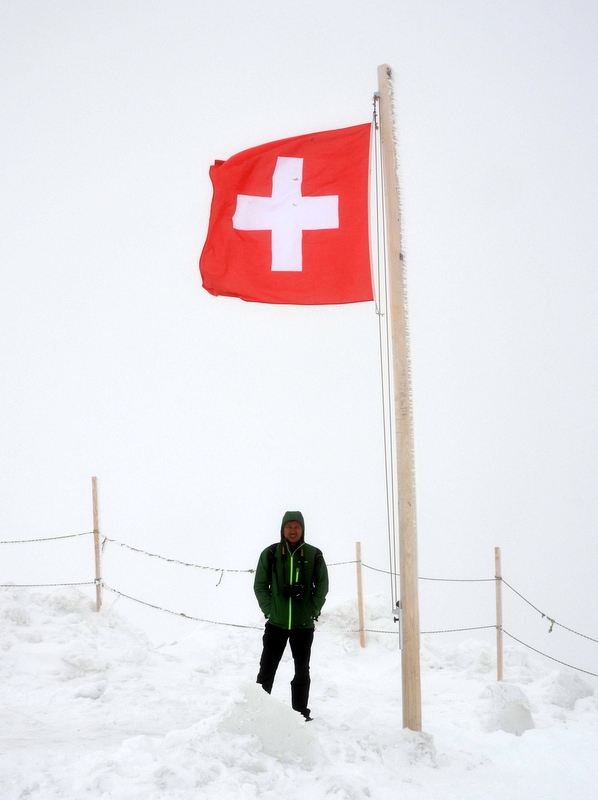 You can easily spend hours here. But go slowly, or you can get dizzy because of the high altitude. The highest point we reached is at the Sphinx observatory. It is possible to walk to the Mönch hut, but we were not equipped well enough for that hike. There is also the Ice Palace, dug out in the glacier with ice statues, freezingly cold but interesting.

The Aletsch glacier, the longest one in the Alps

In the Ice Palace

The Jungfraujoch is called the Top of Europe and it certainly was the Top of our Europe trip. Worth every Euro. We have been very lucky, both one day earlier and one day later the weather conditions were bad!